When “Baby” goes missing, good people step up to help

“Baby” is Luisa Kercheval’s stuffed raccoon, and he means the world to this 5-year-old cancer patient.

In the world of a 5-year-old, the loss of a beloved stuffed animal is a pretty big deal.

Now consider that this stuffed animal – a raccoon – has been by a little girl’s side throughout her long, difficult journey with cancer, and you begin to understand how important this critter is to Luisa Kercheval.

Put simply, her heart hurt without her “Baby.” 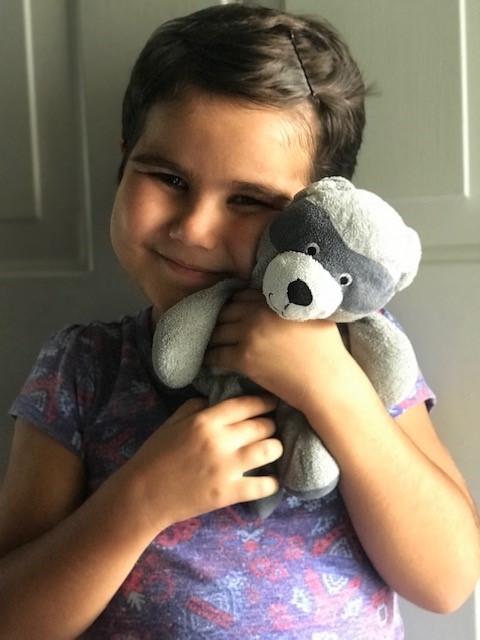 Baby went missing Aug. 9 after Luisa’s chemo treatment at Riley Hospital for Children at IU Health. Despite a valiant search party organized by Riley staff, the rare raccoon did not turn up.

“There were a lot of nurses looking for him, and we were very thankful,” Luisa’s mom, Leah, said. “It’s just a little raccoon, but it’s important to her.”

That’s when Leah posted a plea on Facebook: “Baby has gone missing and it is not good around here! We had him at Riley Friday. Luisa likes to have him for her procedures and I remember putting him in our bag to come home, but he’s not been seen since. I know it’s just a stuffed toy, but ‘her baby is without her’ and she is distraught. I’m just praying we find him, or we can find another baby just like it somewhere!”

Her Facebook post was shared by hundreds of others, and soon the most wonderful thing happened. Strangers from around the country began opening their hearts to help this little girl. They sent encouraging notes, along with stuffed animals to WTHR Channel 13 in Indianapolis, which first reported this story, and some arrived at Luisa’s home as well.

None was quite a match, however, until a family from Nashville, Tenn., and another from Dallas, Texas, said they each had a “well-loved” raccoon that resembled the picture Luisa’s mom had posted. More on that in a minute. 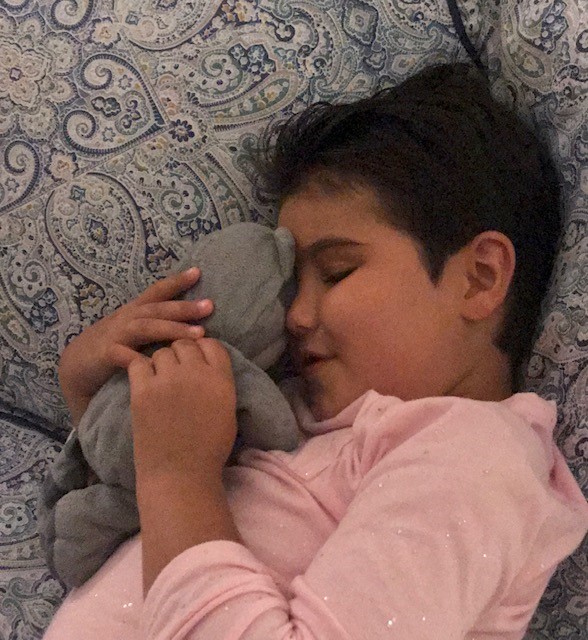 The plush raccoon was a baby shower gift when Leah was pregnant with her first child, now 7, but her son never really took to it. A couple of years later, when Luisa was just starting to crawl, she would make her way into her brother’s room and find the raccoon.

Soon, she began sleeping with it, and before long, the two were inseparable. She was fascinated with his eyes, her mom said, and liked to take his tail and trace it around her right eye.

When Luisa was diagnosed with acute lymphoblastic leukemia in March of last year, Baby took on an even more important role. He was her comforter, her friend. He helped her be brave during grueling chemo treatments and other medical appointments.

It was a tough time to lose her friend because Luisa, under the care of Riley oncologist Dr. April Rahrig, had started taking steroids and had received heavy chemo, her mom said.

“It takes her a while to bounce back, so it would have been really nice to have him,” Leah said.

But if Luisa was missing her Baby so much, just imagine how much he missed her. At least that’s what Luisa was thinking.

“She was worried that he was without her, that he was lonely,” Leah said. “She asked me, ‘What if he doesn’t love me anymore because I lost him?’ ”

Leah, who with her husband, Cole, has two other children, did her best to console her daughter. But she also saw it as one of those life lessons we’d rather not learn.

“We try to teach our kids, especially with the (leukemia) diagnosis, that sometimes things don’t happen the way we want them to and they don’t work out the way we think they should, but that it can still be OK.” 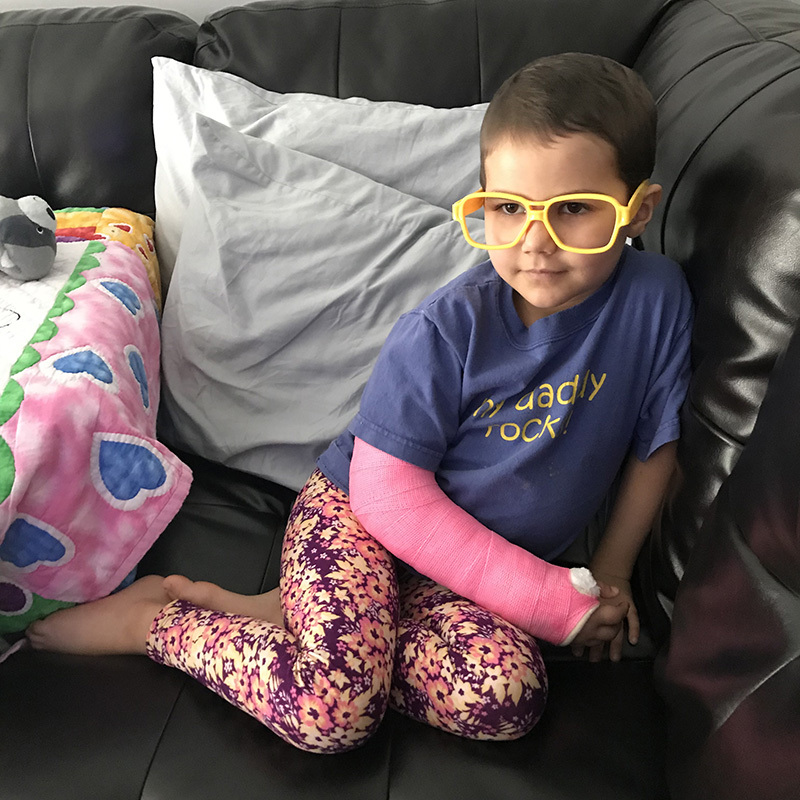 Now about that raccoon from Tennessee. The family in Nashville – strangers to the Kerchevals – shipped their Baby to Luisa’s home in Greenwood, Indiana.

Before it arrived, Leah didn’t know how she would handle the “introduction” to Luisa. She wanted to be honest with her daughter but didn’t want to cause her unnecessary heartache either. She decided to answer any questions Luisa asked as honestly as she could.

When the package arrived Friday, Leah could see that it was indeed the spitting image of Baby. And it was “well-loved” just as Luisa’s Baby had been. She gave it a good cleaning before presenting it to her daughter at bedtime, saying Baby must have been on a grand adventure, with stops in Texas and Tennessee, before returning home.

“She was really excited, then she held it for a second and she pulled it away and looked at it, and I thought, ‘Oh no.’ She hugged it again and smelled it,” Leah said. “Are you sure he’s clean,” she asked. “Yes,” her mother assured her.

And that was that.

She told her mom, “I’m going to take better care of him. I just missed him so much.”

Baby joins the family at the dinner table for meals, but his adventurous days are over. While he doesn’t travel much, he might make the perfect show-and-tell guest for Luisa’s kindergarten class.

Leah said she has been humbled by the whole experience – the outpouring of love and generosity, and the ends to which people went to find Baby.

“There’s just something about kids that strikes people’s hearts,” she said.

Any new toys or stuffed animals that the family receives will be donated to the Riley Cheer Guild for distribution to hospital patients.

Learn more about donating to the Cheer Guild.