“We feel like we’re learning how to be parents again”

A rare disease stole the life of their first-born. Now this couple has been blessed with another baby girl

Marlee Grace Shields will never get to meet her big sister in person, but she will know her – through pictures, stories and the love of both little girls’ parents.

Marlee, born June 7 at IU Health North Hospital to Alysen and Gareth Shields, is a gift like no other. The 6-pound 12-ounce baby girl came along less than a year after the Indianapolis couple lost their first child, Corinne, Cori for short. 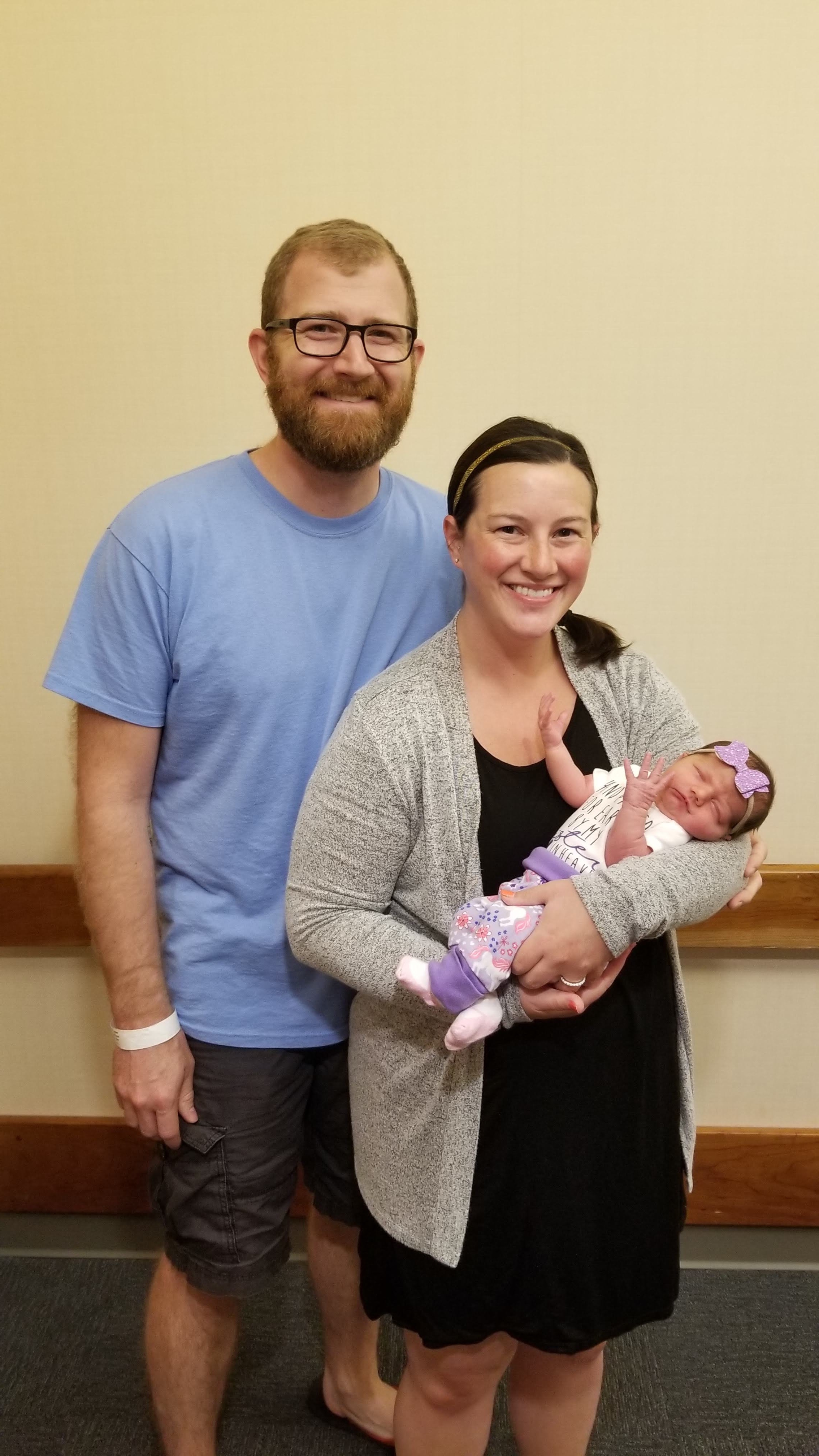 The joy of welcoming Marlee is naturally tinged with sadness over the loss of Cori.

“There are lots of emotions; it depends on the day or the hour,” Alysen said. “It’s mostly good, but we feel like we’re learning how to be parents again.”

Marlee is feisty, a little sassy, yet super sweet, her mom said. She loves to be snuggled, but she also lets her parents know when she’s hungry. “She gets ‘hangry’ really quickly,” Alysen said.

“We were blessed with Cori for 10 months, but it’s interesting to see now some things early on that she was having a hard time with didn’t really present themselves in a way that we were concerned. But now with Marlee, we know that just her movement, how much she works on head control, how much she cries – all these things are totally different from Cori. She had low tone from the beginning.”

At just a few months old, Cori was diagnosed at Riley Hospital for Children with spinal muscular atrophy type 1 (SMA) after she began struggling to eat and swallow, experienced breathing problems, and exhibited muscle weakness and decreased muscle tone.

SMA, caused by a mutation in the survival motor neuron gene 1, is the No. 1 genetic cause of death for infants.

People often think palliative care is the same as hospice, Alysen said in an earlier interview. “But from the early days when we learned she had this long-term chronic disease and we didn’t know where it was going to go or what each day would hold, they’ve been a huge advocate,” she said of the palliative care team led by Dr. Adam Hill.

The care team worked with the family to keep Cori comfortable at home last summer after it was determined that the experimental drug she received had not changed her prognosis. In early July, they transitioned to hospice.

“When it became clear that Cori would not survive her medical condition, we were able to be present at the home the day she passed away to make sure she was comfortable and the family was well-supported,” Dr. Hill said.

The couple chose to share their story because they want to be a light in other families’ darkness. They also want people to know the value of palliative care and the support it offers to families facing difficult decisions.

“We want people to know there’s not a wrong decision when you’re making it for someone you love and care about.”

Today, 2-month-old Marlee is hearing stories about her sister, whose portrait hangs on the mantel in the family’s home. Near it is a shadow box decorated with some of Cori’s favorite things. 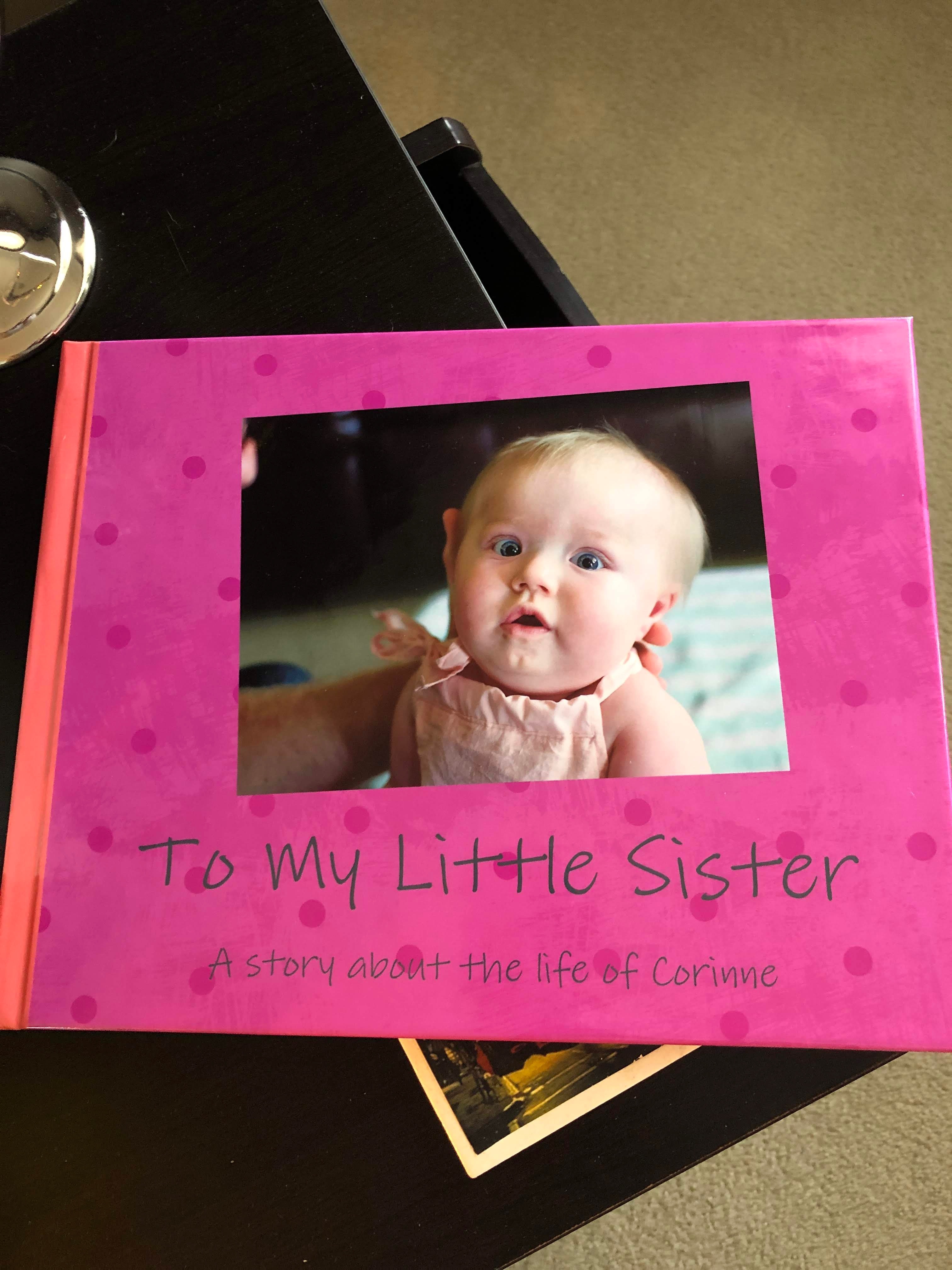 “We let Marlee look at it, and we tell her about Cori. We have a book of pictures that tells Cori’s story. It’s like Cori is telling her story to her little sister. We haven’t read that to her yet, but I’m looking forward to it,” Alysen said. “I think it will be really special.”

As big a blessing as Marlee is, the couple will always carry the sadness of losing Cori.

“I think about how hard it must have been for her for 10 months, but she was so sweet and such a happy baby,” said Alysen, a former labor and delivery nurse at IU Health Methodist Hospital. “I will forever cherish that with her. She was smiling when she still could, and she loved being held.”

Some days, she said, Marlee could take notes from her sister. But now she’s starting to smile. For a mom, that’s helpful especially during the long nights, she said.

“We miss Cori terribly, but we are extremely blessed for another beautiful girl. We know this is a true gift from God and we’re thankful.”