After scans showed that his cancer has spread, Chase Smith and his wife, Sadie, found comfort for a few hours during a trip to Florida. They played games, laughed and prayed with Heisman Trophy winner Tim Tebow.

For a few blissful hours last week, Chase Smith was feeling pretty good. The 19-year-old was in Florida with his bride, Sadie, and the rest of his family, enjoying a respite from doctors, tests and hospitals. 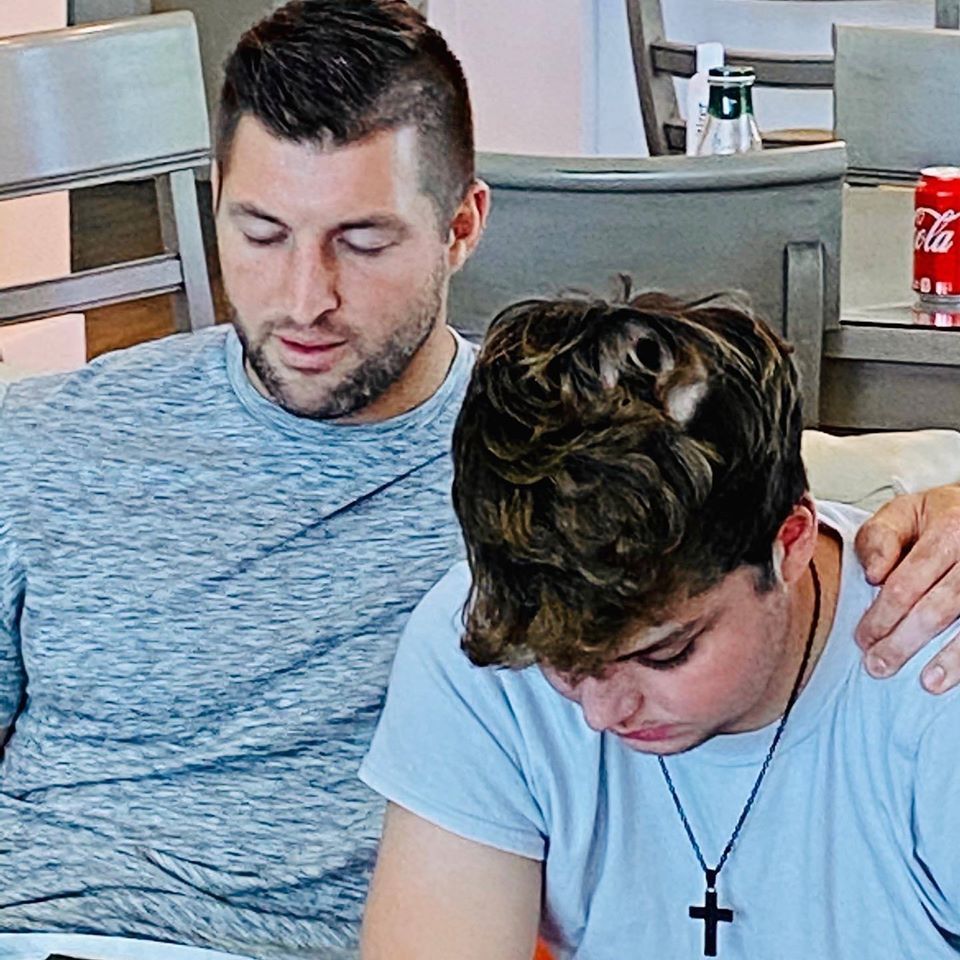 Last Monday, their first day in Palm Coast, they spent a good chunk of the day with Heisman Trophy winner Tim Tebow and members of his foundation. They played games, they prayed, and they laughed – a lot, said Kelli Smith, Chase’s mom.

The only good day, really.

Chase spent most of the next few days in bed, suffering back spasms and general weakness due to the cancer that continues to ravage his young body. Last month, he received the heartbreaking news that the tumors had spread.

Chase and Sadie’s story has been widely shared, ever since the young couple decided to get married after learning that Chase likely had only months to live. In April of this year, they married at the Mooresville home of Sadie’s parents, Jeff and Jessica Mills.

Their motivation in going public with their story is all about faith.

“I genuinely feel that God put me on this Earth and gave me this platform to be able to share the love that he can spread, to share what’s possible with his love,” Chase explained in May.

They are on a mission to reach as many people as possible, so they say yes to as many interview requests as possible.

Chase, a champion swimmer who had his sights set on the Olympics when he was younger, has been a patient at Riley Hospital for Children at IU Health since he was diagnosed with Ewing’s sarcoma when he was 13.

It was a year after that diagnosis that he first met Tebow, who played college football for the University of Florida, winning the Heisman Trophy in 2007. His NFL career included stints with the Denver Broncos and the New York Jets.

Chase’s Make-A-Wish request was to meet Tebow, but it turns out the athlete’s foundation has its own wish program, dubbed W15H. (The 15 is a nod to Tebow’s college jersey number.)

In December of 2015, Chase and his family were treated to a trip to the Georgia Dome in Atlanta for the SEC Championship Game, where they got to meet and have dinner with Tebow and several friends from the foundation and spend the day on the set for the TV broadcast of the game. But that wouldn’t be the end of their friendship.

Turns out, once you take a wish trip with the Tim Tebow Foundation, you’re part of Tebow’s family for life, Kelli Smith said. Since then, they’ve reconnected with Tebow at his annual Celebrity Gala and Golf Classic fundraiser. 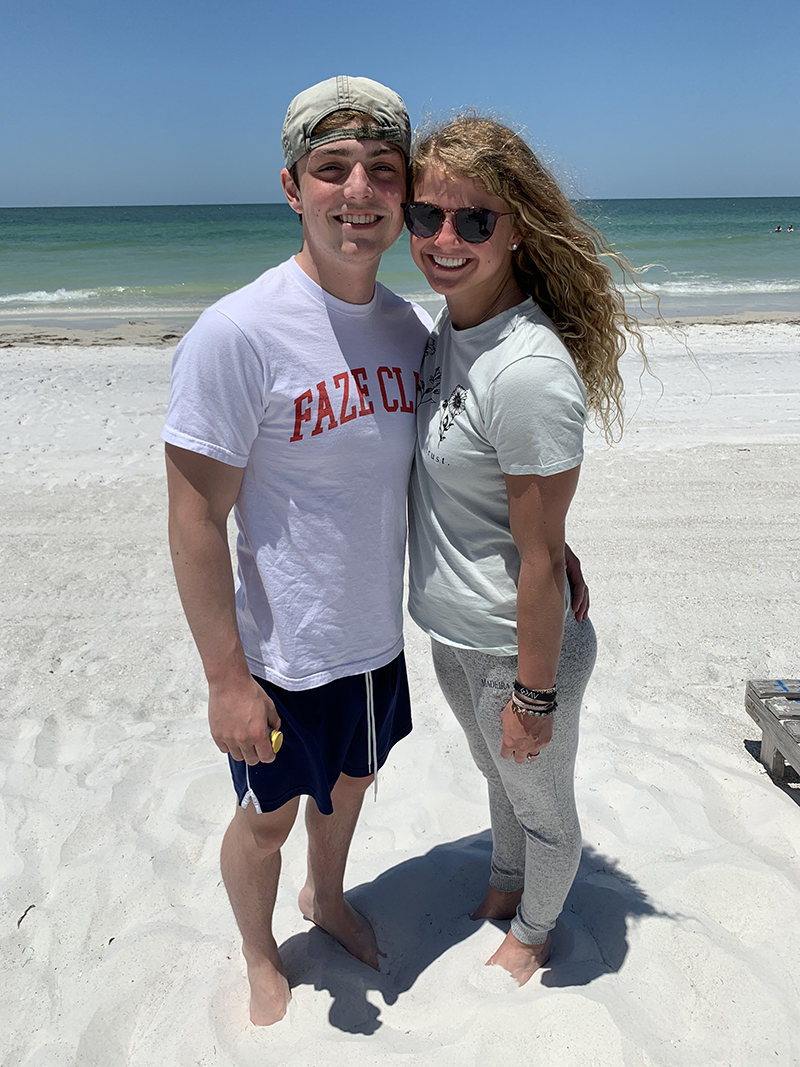 Last week’s visit was special because it was more personal, Kelli said, noting that Tebow encouraged Chase through laughter and prayer. He also watched the video of Chase and Sadie’s wedding, as well as a video interview conducted by the pastor of the family’s church, Emmanuel Church of Greenwood.

“The relationship with Tim is such a good booster for Chase,” Kelli said. “To be able to pray with him and spend guy time with him is so uplifting.”

Chase and Sadie spent several hours with Tebow and friends from the foundation that day. Right before the visitors left, Kelli could see Chase was wearing down. She gave him his next dose of medication, and the family left for dinner, but her son went straight to bed afterward, exhausted.

“He was feeling pretty crummy, but he had a great time with Tim, so it was well worth traveling down for that,” she said.

The worry and fatigue in Kelli’s voice comes through over the phone.

“Today has been a struggle,” she acknowledged this week, returning from yet another meeting about yet another drug treatment for her son.

“I’m just trying to figure out the best treatment for Chase,” she said, as she described weighing chemo options at this stage in his illness.

The day before we spoke, she and Chase met with Riley oncologist Dr. Melissa Bear to discuss their options. They were waiting to hear from another physician about another treatment and hoped that by Friday of this week they would be able to determine the best move forward. 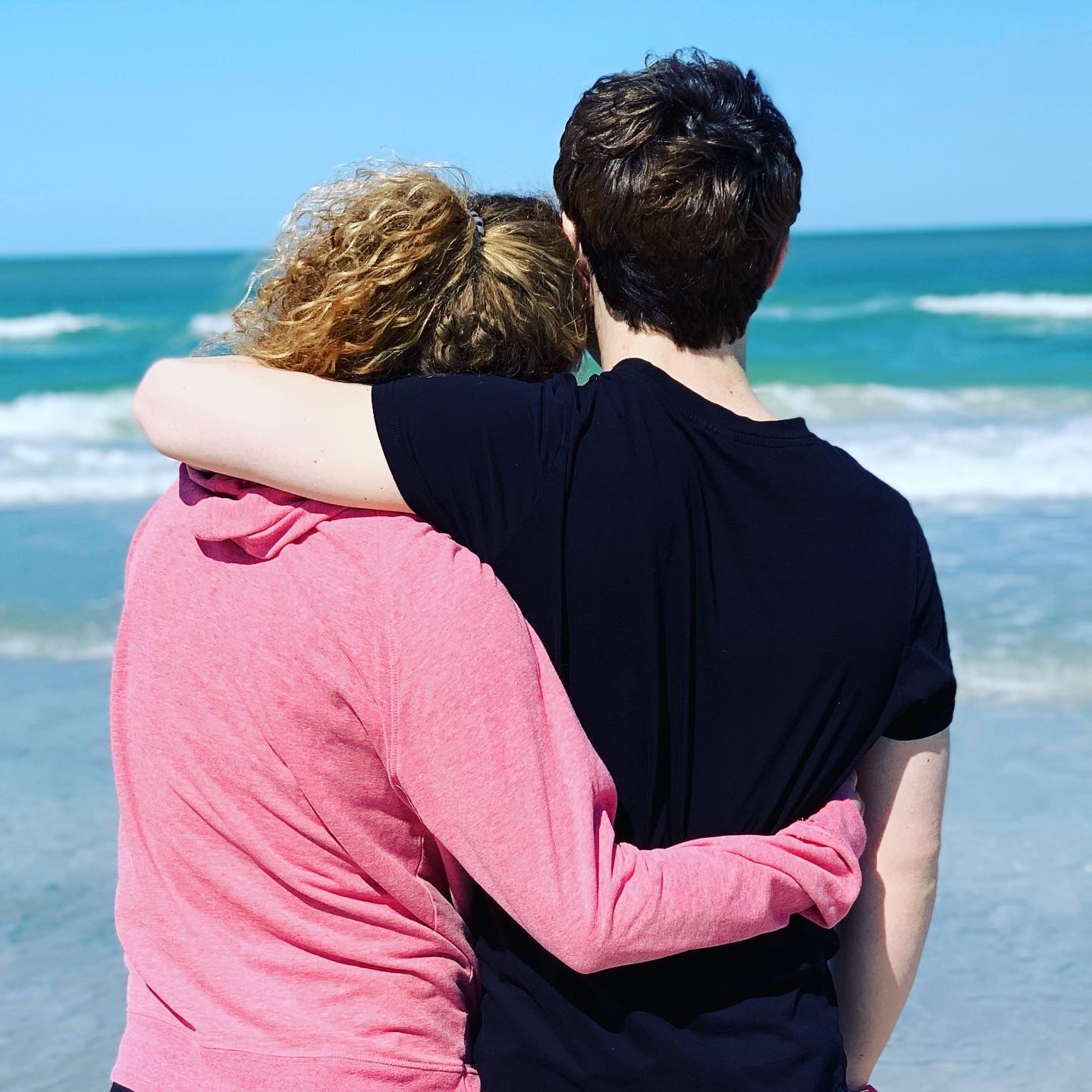 Whatever option they decide on, Chase’s treatment will continue at Riley, Kelli said, so her son can be close to home and sleep in his own bed.

She and her husband, Brad, have carried the weight of the decisions they’ve made over the course of their son’s cancer treatment. Even though Chase is now an adult, Kelli still feels enormous pressure to make the right decisions.

She will present the options and offer her recommendations, but in the end, she knows that Chase will tell her he trusts her to do whatever she thinks is best.

So she reads as much as she can about the drug studies. And she prays.

“I had to run to the vet this morning to get medicine for one of the dogs, and I came home and sat down at the table next to my husband and just started bawling,” Kelli confessed. “I don’t want to make the wrong decision.”

Brad Smith tried to comfort his wife, telling her it’s not all on her shoulders, but she still feels that responsibility. Her faith helps lighten the burden.

“I trust that God will guide me in the right way, but I would love to just know what he has planned.”

In the meantime, she said, “I’ll keep trusting and keep plugging away.”