The procedure, called a stereotactic laser ablation, is a minimally invasive surgical management strategy for many types of intracranial lesions. “Stereotactic" means using a GPS-like system to precisely place a laser in a brain lesion,” says Dr. Raskin.

It came on out of nowhere one night, recalls Monica Via. The Richmond, Indiana mother and her daughter Desirae were in the kitchen when Monica suddenly noticed something strange.

“Desirae’s arm was sticking out while she was washing dishes. Then, her eye started twitching as she started to slump to the floor.” Monica ran over and broke her daughter’s fall as the teen began shaking violently and turning gray. She dialed 911. “It was terrifying," Monica recalls. "When the operator asked me what I was seeing, I said it looked like a seizure. That was the first of many times I'd use that word."

An ambulance took the 13-year-old to Reid hospital in Richmond where the family lived. When a CT scan came back abnormal, the doctors there ordered an MRI. "It revealed a cavernous malformation in the front lobe of her brain," says Monica. The family was referred to a specialist at St. Vincent to create a treatment plan. Desirae was immediately placed on an anti-seizure medicine but when that failed to stop her seizures the teen was referred to Riley Hospital for Children for further evaluation. "Ultimately, we learned that Desirae was suffering from a cavernoma, a large vascular malformation that was triggering her seizures," explains Monica.

The family decided to move forward with a surgery to remove it. In May of 2015, a now 14-year-old Desirae underwent a craniotomy at Riley Hospital for Children. "Everything went well, the doctor said he got all of the growth," recalls Monica. Desirae walked away with a metal plate and four screws in her head from the procedure.

Time marched on with Desirae finally beginning to feel normal. However, “once August 2016 rolled around she started complaining of bad headaches, so I called her clinicians,” recalls Monica. The result: They ordered another MRI and learned that the teen had developed yet another cavernous malformation but in a different location. 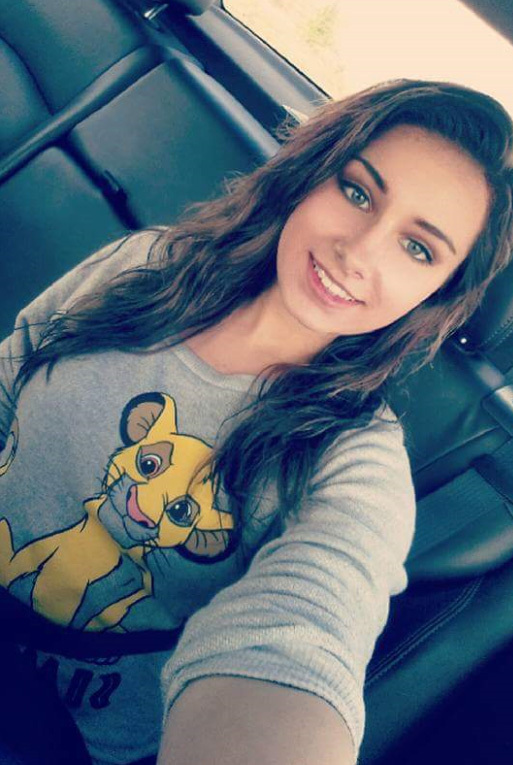 Desirae's parents were devastated. Their daughter had always been healthy, never hospitalized. Yet from one day to the next they were now living in a world where they had to deal with a series of serious diagnoses.

In March, the family returned to Riley to consult with pediatric neurosurgeon Dr. Andrew Jea. "He talked to us about where the cavernoma was and we made a plan to follow up with Dr. Jeffrey Raskin (co-director of Riley's pediatric epilepsy program) when he arrived on staff in the coming months," says Monica. Unfortunately, a follow up MRI and visit to Dr. Raskin that August revealed that Desirae's lesion had almost doubled in size.

"Because it was located in a crucial area of the brain, they wanted to treat it conservatively. We were going to take a wait and see approach. He told us that there was a 1 to 3 percent chance of hemorrhage, that we'd continue to use imaging to monitor the status," she explains.

Then, things took a turn for the worse. On September 22nd, Desirae, now 16 years old, called her mother from high school and said that she could not write. "She said she could not use her right hand, and her voice sounded strange on the phone. So I called Riley. The nurse told me to take her to our local hospital's ER. A CT scan there found that Desirae had suffered from a hemorrhagic stroke, so she had experienced a hemorrhage and fallen into that 1 to 3 percent Dr. Raskin had mentioned. It occurred on the left side of her brain so it ultimately affected the functionality in the right side of her body," recalled Monica.

The teen was then transported via ambulance back to Riley for further evaluation. "Dr. Jea told us they wanted to observe Desirae overnight. The next day she was released and we made a plan to come back and see Dr. Raskin. Two weeks later we had a consult and he told us about a new procedure. Instead of a craniotomy, they could put a laser (via in a pin hole entry point in her skull) and destroy the cavernoma to potentially end the seizures. They said it could result in a safer and faster recovery with less complications, so, we signed on." 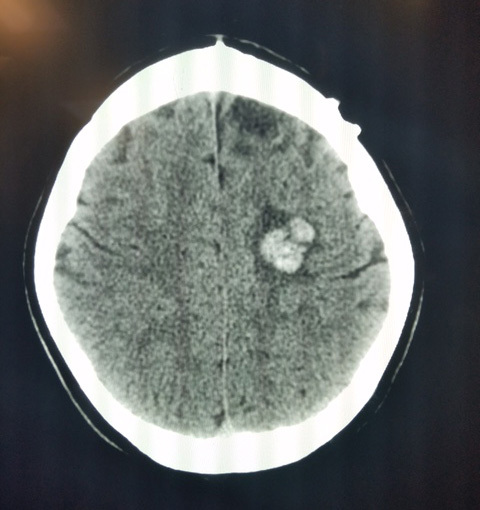 “Desirae had a small lesion in her brain called a cavernoma, which is a developmental vascular malformation,” explains Dr. Jeffrey Raskin, her neurosurgeon at Riley Hospital for Children. “These are usually removed by open craniotomy, however Desirae's growth was located within her dominant motor strip. This area of brain is highly specialized to allow her to speak as well as move her right face and body. Because the lesion is deep, open surgery in this area requires surgical manipulation of normal tissue which can cause irreparable harm. Using laser technology involves minimally invasive access and treatment of the lesion without injuring the surrounding brain. There are still risks of hemorrhage and incomplete treatment, but the potential benefits to minimal access in this area of brain make it preferable.”

The procedure, called a stereotactic laser ablation, is a minimally invasive surgical management strategy for many types of intracranial lesions. “Stereotactic" means using a GPS-like system to precisely place a laser in a brain lesion,” says Dr. Raskin. “This happens in the operating room through a 3.2mm hole in the skull, much smaller than typical surgeries which require large incisions to remove and replace bone. After accurate placement of the laser to target, "laser ablation" works by directing light energy into tissue, which is absorbed, creating heat. The heat destroys the target tissue while sparing critical structures, which we don't want to injure. Because we are minimally accessing the target using a very thin laser fiber and not removing a large area of bone, this technology allows us to treat very challenging lesions. Small lesions, deep brain tumors located in the brainstem or around the ventricular system, epilepsy lesions, and developmental lesions can all be treated effectively with this technology, and with very short hospital stays and a low risk profile.”

Desirae had her procedure with Dr. Raskin at Riley on October 20th and was released from the hospital within 24 hours. “It was amazing to see how much less invasive this surgery was than the last time,” explains Monica.

Today, the teen is doing well, her mother says. “She is happy, healthy and seizure-free. Dr. Raskin is a miracle worker.”

A Face on Fire: How Riley Soothed One Child’s Pain

After being diagnosed and treated for trigeminal neuralgia, Racheal Opaczewski has a new life.

Migraines and other headaches aren’t just for grown-ups. Up to eight percent of children will...

Every second of every day, two nurses are on call. They are ready to head to Riley at a moment’s notice to help save a child’s life.