BICS are language skills needed to organize an interaction in social situations like playing a game of basketball with other kids or talking on the phone. CALP includes more advanced language skills including figurative language (ex. Juliet is the sun), colloquial expressions (ex. You lie like a dog), and terminology specific to any subject in school like science, math, reading, etc. (ex. asymmetrical, decoding).

With a new school year soon set to begin, a quick description highlighting the differences between BICS (basic interpersonal communication skills) and CALP (cognitive academic language proficiency) could be useful.

BICS are language skills needed to organize an interaction in social situations like playing a game of basketball with other kids or talking on the phone.  CALP includes more advanced language skills including figurative language (ex. Juliet is the sun), colloquial expressions (ex. You lie like a dog), and terminology specific to any subject in school like science, math, reading, etc. (ex. asymmetrical, decoding). 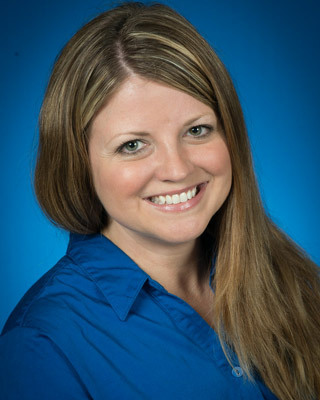 My name is Faith Hudnall, and I’m a speech and language pathologist at Riley Hospital for Children at Indiana University Health. BICS and CALP terms are something that I frequently discuss with parents of children that I serve.  In my experience I have found that having a good grasp of these terms can be useful for understanding the link between language, learning, and education.

For instance, some kids who are learning a second language can have challenges. General timelines to keep in mind for a child learning a second language: They may develop BICS within approximately two years of having been exposed to a new language, and it may take as much as 5 to 7 years before CALP is at a place of proficiency. Why? This is because BICS tend to include more concrete vocabulary and CALP requires more abstract vocabulary.

Unfortunately, gaps can lead teachers to think that a child has a problem rooted in learning instead of realizing it is just part of the normal process of language acquisition.  It is likely just the case that a student needs more time and support including more explicit teaching of the language associated with various subjects.

For instance, many of us have probably had to learn a vocabulary specific to the job that we have in order to be successful.  The same is true for children in school.  Being able to answer questions like “Tell me about your family” and “What do you want to do today?” is much different than this second grade math question:  “A hockey team scores three goals in the first period, four goals in the second period and two goals in the third period. How many goals did the team score in these three periods?”  Having a good grasp of academic concepts requires a specific set of vocabulary so that the subjects can be learned.

Also, keep in mind that language involves many modalities including listening, speaking, reading, and writing, so it’s not just about talking.  The level of proficiency a child has in BICS or CALP is related to the amount and type of input the child gets.  Who gives the input?  You do (as well as others in the child’s many environments and because of the child’s varied experiences).  If a parent has concerns about a child’s ability to progress in second language development after a teacher has employed additional supports, an evaluation by a speech-language pathologist may be warranted.

Trying to separate language, learning, and education is like trying to unbake a cake.  Language is a required element of learning, thinking, understanding, and communicating regardless if it’s for children that speak one language or multiple languages.  Being sensitive to these issues as parents, caregivers, teachers can help best foster both social and academic success in kids of all ages.