Unbelievable Spirit: Madi, 16, And Her Remarkable Fight With Leukemia

Her long brown hair is gone; the chemo stole it. Her classmates from Linton-Stockton are two hours away. Cancer did that. And yet, if everything else has changed in Madi’s life, there is one thing that has not. She will not let cancer take her good grades.

The fatigue was relentless. Then, a nagging feeling of sickness set in. Her big, brown eyes stopped shining. Her skin turned ashen.

It was two weeks before Christmas, what was supposed to be a magical, festive time.

Still, she had been pushing herself.  She was a member of the Minor Cadets at Linton-Stockton High School, performing with rifles and flags. Practice was exhausting.

Something isn’t right. Something was definitely wrong.

She went to the doctor, who gave her a flu test. Negative. Four days later, she was getting worse and was back at the doctor. Blood work was done.

The phone rang with results. 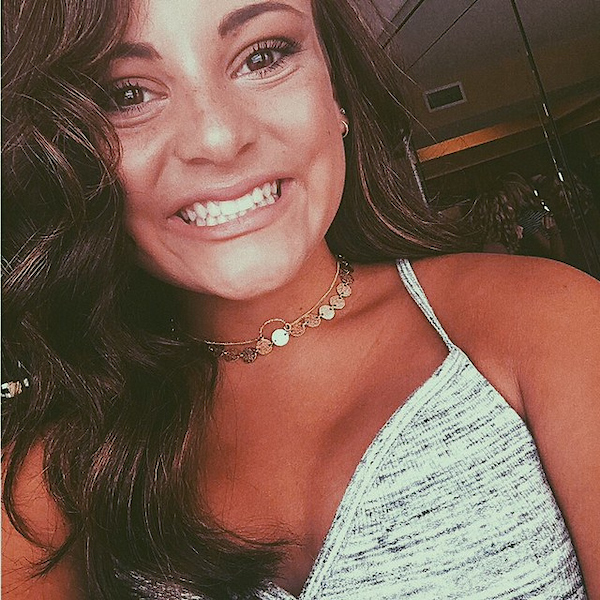 “The doctor called and said, ‘Get her immediately to the ER,’” said Tera Orman, Madi’s mom. “Her blood counts were critically, critically low.”

Hemoglobin levels below 7 or 8 require a blood transfusion. Madi’s count was 4.2.

On Jan. 3, inside Riley Hospital for Children at IU Health, the family received the diagnosis.

Madi had acute myeloid leukemia and the cancer had overtaken her body.

It’s May – the end of the school year -- and Madi’s world of volleyball and Minor Cadets and hanging out with friends had vanished.

She is a teenager inside Riley sitting at a desk doing homework.

Her long brown hair is gone; the chemo stole it. Her classmates from Linton-Stockton are two hours away. Cancer did that. 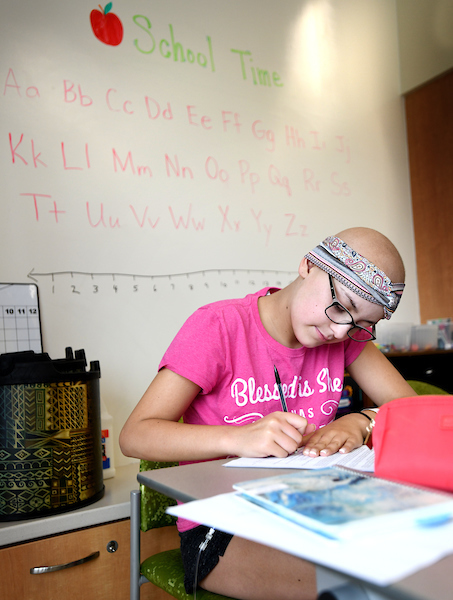 And yet, if everything else has changed in Madi’s life, there is one thing that has not.

She will not let cancer take her good grades.

That is what is remarkable about Madi – one of many things. For seven months she has fought cancer – going through five intense rounds of chemo -- and yet she is still on track with her schoolwork.

And not just on track. All As. She loves the teachers at Riley. When she’s at home, a teacher from her school brings her work. She even took online classes to catch up.

“I really want to do academic honors,” said Madi, 16, who will start her junior year on Friday. “So, I try to push myself all the time.”

On this day last week, Madi is inside Riley, getting a biopsy.

She will be back at Riley later this month for a bone marrow transplant. Another glitch in going to school, but one that most certainly won’t stop Madi.

Her goal is to become a nurse. The career had always been on her radar.

“I had thought about it and then once I’ve been through this, I was like, I really want to be a nurse,” Madi said.

And not just any type of nurse. She wants to be a pediatric nurse, working with cancer patients.

When she’s inpatient, Madi’s mom and stepdad, Gregg Orman, stay the nights with her.

Sometimes, they will wake up in the dark wee hours and Madi won’t be in bed. 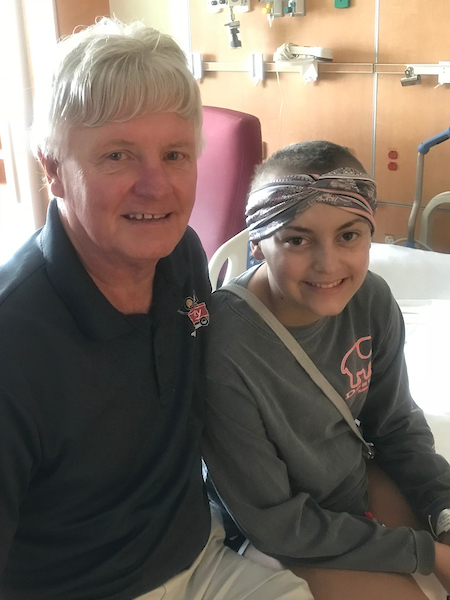 “She will go out at night and hang out with the nurses at the station,” Tera said. “It will be 1 or 2 in the morning and she’s rolling her pole back in.”

Madi is a rambunctious, funny teen with a great sense of humor. She likes to play tricks on the nurses – and they return the favor.

One morning, she woke up with a Post-It note stuck to her forehead, with a funny nickname written on it.

When Madi’s birthday came while she was at Riley, the nurses were there right at 12 a.m. singing to her. They had decorated her door.

The leukemia hasn’t been easy to fight, Madi said, but those amazing doctors and nurses and schoolteachers at Riley have helped her every step of the way.

So has something else, the family’s unbending faith.

At one point, Madi became so sick she was in the ICU for 14 days, on a ventilator part of the time. 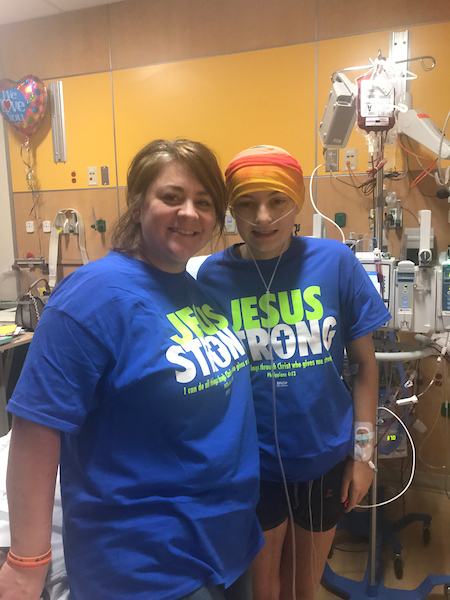 “People will say, ‘You guys are strong. You’re really strong. How do you do this?’” said Tera. “We have no choice. We were put here for whatever reason. We don’t understand it. But we have to push through and we are going to do that with God by our side. And Madi feels the same way. She knows that the Lord is taking care of her.”

Each day Madi is in the hospital, the family writes a new scripture on the window of her room. They pray before every single treatment.

“And we have had some really miraculous things happen,” said Tera.

There was the day the doctor came into Madi’s room and said her body was filled with cancer – 100 percent.

That night, the family prayed a very specific prayer.

“Tomorrow morning, we want those numbers to go down and we want the doctors to say, ‘We don’t know what happened,’” Tera said. 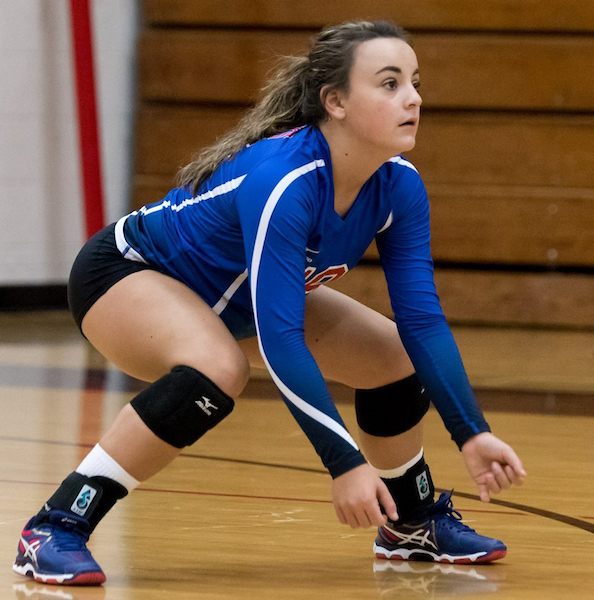 “The next morning, they came in and said, ‘Her numbers are going down. Whatever you are doing in this room keep doing,’” Tera said. “And every day it went down more and more.”

Madi’s cancer is in remission. She was at Riley Thursday getting pre-admission testing for her bone marrow transplant this month. 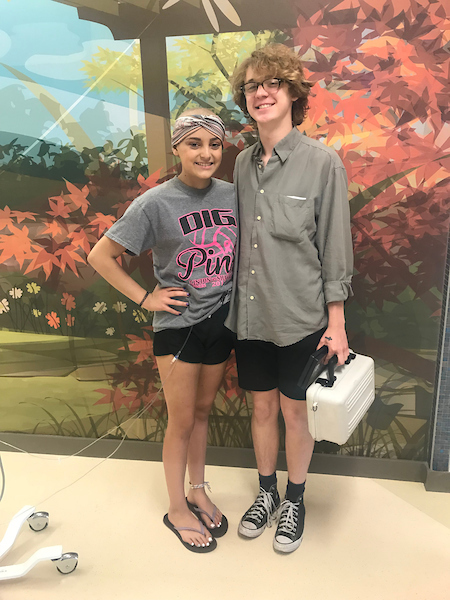 Her goal is to be able to help out with her volleyball team this fall – and be back playing next year.

She is a stellar defensive player and a mean server – 63 aces last season.

Madi has so many people rallying for her, including her community, her church, her school and other schools full of students Madi doesn’t even know.

But, perhaps, her biggest supporter is her older brother, Brady. After Madi was diagnosed, he got a tattoo on his arm that read: “Stay strong, sis.”