A commercial pilot spends his down time at a sewing machine, adapting his daughter’s tiny outfits to allow easier access to her feeding tube.

Jacob Breeden is a commercial airline pilot by day, but his side hustle just might be as a seamstress.

Alyssa Breeden found her husband bent over a sewing machine recently, working on the tiniest outfit for their baby, Ava, who was hospitalized for the first six months of her life at Riley Hospital for Children at IU Health. 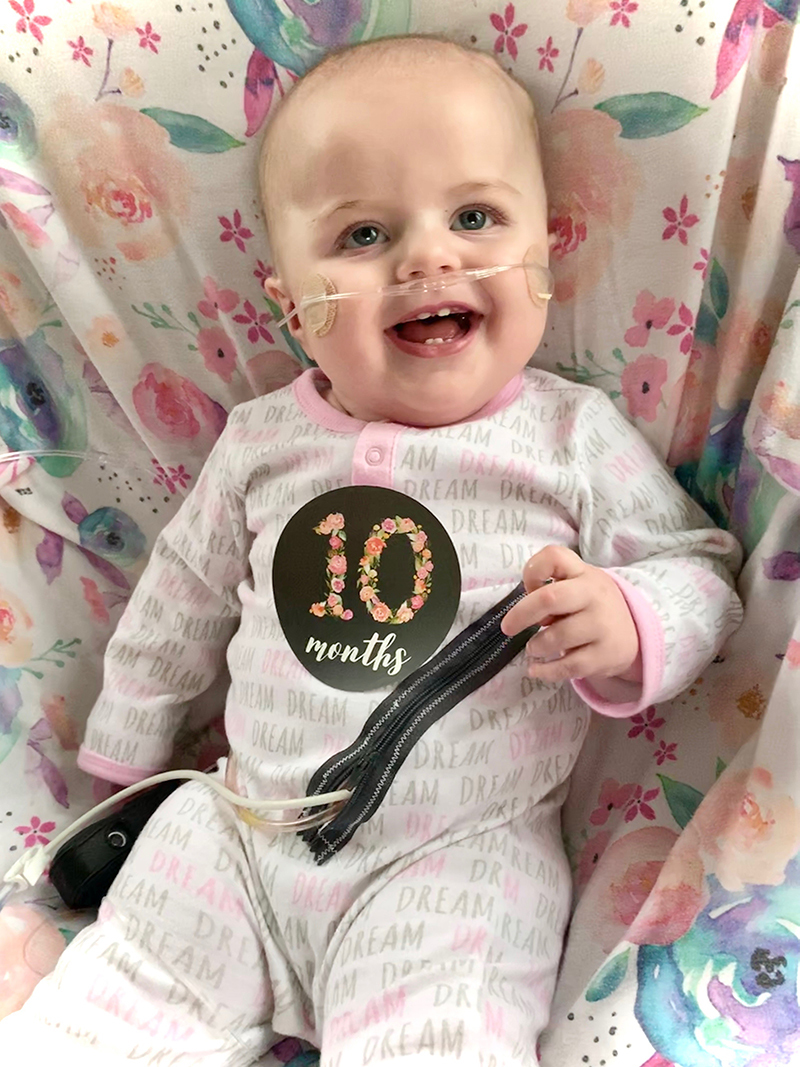 “He’s such a great daddy,” Alyssa said of Jacob, who decided to teach himself to sew so that he could create adaptive G-tube clothing for baby Ava.

Ava was born last March with a congenital diaphragmatic hernia (CDH). It created a hole in the muscle between the chest and abdomen in utero, allowing the contents of the abdomen (stomach, intestine, liver, spleen and kidneys) to move up into her tiny chest.

Her parents learned of her condition during prenatal testing and were surrounded by a Riley Hospital Maternal Fetal Medicine team since before she was born at IU Health Methodist Hospital. Ava was kept sedated for weeks after her birth to keep her underdeveloped lungs from working too hard.

She was discharged in September, but she remains on a feeding tube, as well as an insulin pump and oxygen monitor. All those tubes and wires make dressing the little girl tricky.

So Jacob took it upon himself to find a solution.

“There are some adaptive lines of clothing out there, but they’re really expensive, about four or five times as much as they should be,” he said. “She’s still under a year old and we’ve been having to buy new outfits for her every couple of months.”

And besides, he said, the ones they found online lacked style – something Ava deserves to match her personality.

“I decided we should buy what we like in the styles we like, and then I would try to modify them to make them work for her,” he said.

So he went to work ordering supplies and teaching himself to use a sewing machine. He’s not making brand new outfits, but he is sewing in zippers to allow for tube access. 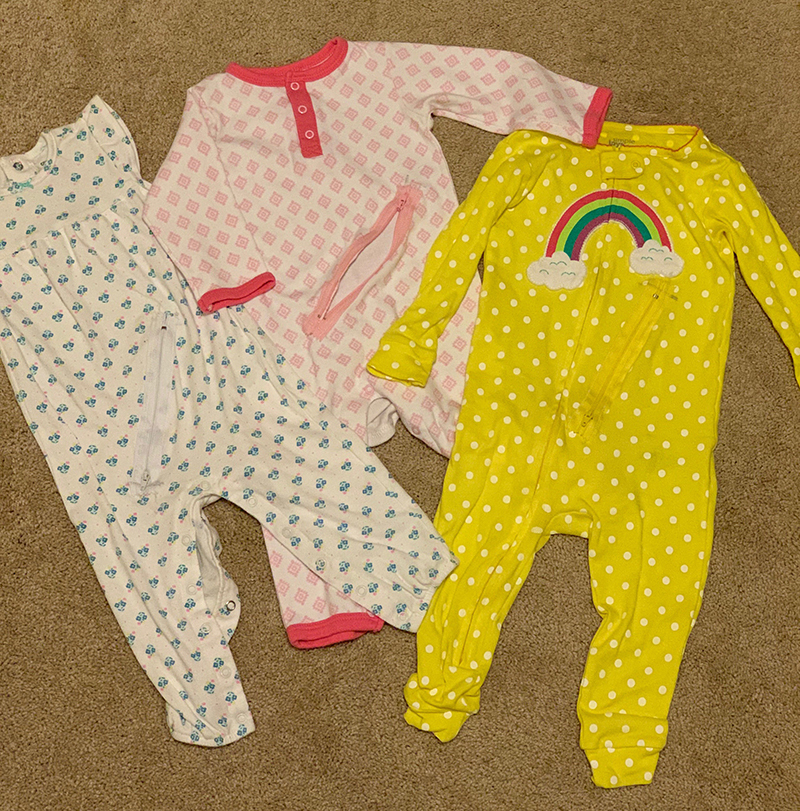 “I bought zippers in an assortment pack off Amazon to put on the front of her clothes so we can unplug and plug in her extension tubing for feedings. She has one in her stomach and then a pump in her leg.”

Initially, he would make incisions in the feet of her pajamas and leave them open for the leg pump, but now the couple steers away from buying PJs with feet.

Turns out, Jacob’s great-grandmother was an excellent seamstress, so maybe it’s in his genes. He also took a sewing class in high school for home economics, though he doesn’t remember using a sewing machine and never expected to dust off those skills as an adult.

“I feel like I’m the kind of person that can figure things out if I put my mind to it, but I never anticipated having to learn how to alter clothing.”

So far, Jacob has adapted about 10 outfits for his baby girl. He sews at the dining room table while Ava’s 2-year-old brother, Tilman, is napping. Otherwise, the toddler likes to try to “help.”

How successful has he been?

“I had some issues with the first few I tried – with placement of the openings. When you lay them flat on the table and mark them, then you put it on her, it changes shape,” he laughed. “I’ve been getting better at it. It’s looking like she’s going to have this G-tube long-term at this point. We may end up having to do this for the next year or two. I might as well figure it out now and run with it.”

Don’t expect him to quit his day job, though.

“I’m not that good. My lines aren’t that straight. It’s functional, but it’s not pretty.”

Sewing skills aside, the love of a father for his daughter is beautiful.