Once a patient, now a NICU nurse, Amy Haggard opens her heart to the babies in her unit and their families.

The first time her infant son got sick, Amy Haggard remembers thinking how hard it was on both of them.

He cried. She cried.

But the NICU nurse at Riley Hospital for Children at IU Health soon realized how small her worry really was. All the babies are sick in the NICU. Really sick.

“Here, you come back to work and you have a mom just praying for her child to cry. It makes you realize how lucky you are.”

Haggard was born to be a nurse. She has the brains, the compassion and the temperament needed for the job. Though she grew up in tiny Hope, Indiana, often shadowing her paramedic mother on emergency runs, she wanted more.

“I didn’t like how we would drop patients off and then never know what happened to them.”

At 14, she found out firsthand what happens in the hospital. Haggard became ill at home with what her mom and dad thought was the flu. In a few days, it was clear that something more serious was going on and her parents took her to the emergency room at a Columbus hospital.

She was soon air-lifted to Riley Hospital, where she would remain for two weeks as doctors and nurses worked to battle a serious infection in the young teen. 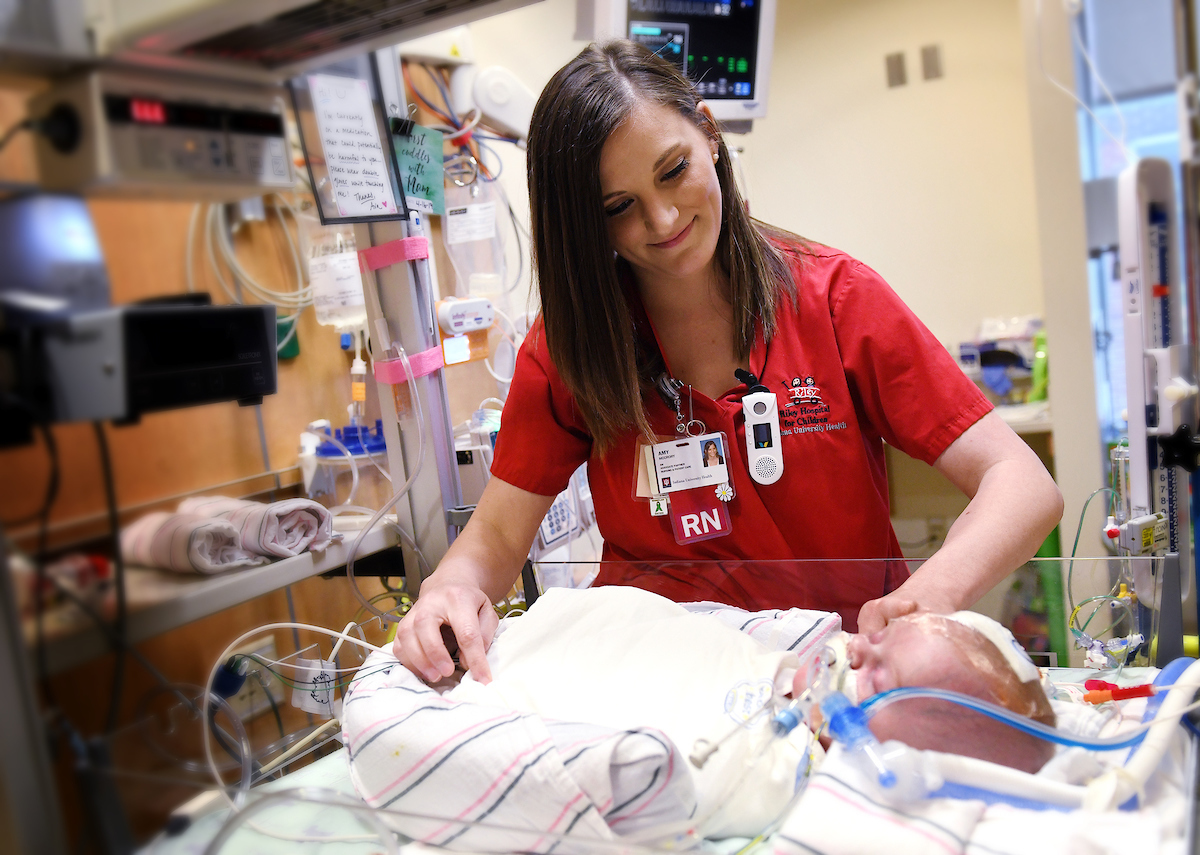 What Haggard remembers is how calming the nurses were upon her arrival and throughout her stay.

“I was awake for all of it,” she said of the helicopter ride to Indianapolis, as her parents made the trip by car. “When I got here, there was no one I knew and I was terrified at first, but the nurses helped me calm down. I was a kid and all I was worried about was where my parents were, where my sister was, and was I going to miss spring break.”

Looking back, she said, she had bigger things to worry about, but she was blissfully unaware. “They told my parents I might die, I might not make it to Riley,” she said. “I had no idea how bad things were.”

It was then that she decided she wanted to be a nurse and work with children. She got a job during nursing school in transplant at IU Health University Hospital, working with adults. It was overwhelming at first, but she loved it.

“I was trained by some of the most amazing nurses there,” she said.

FROM TRANSPLANT TO NICU

After graduation, she stayed in transplant at University for seven years, but as much as she loved it, she felt like maybe she was missing something. When a position in the NICU at Riley opened, she shadowed for a day.

“I didn’t know if I could hold babies all day and still feel that passion that I had for transplant.”

She found out NICU nurses do a lot more than hold babies. In 2017, she took a leap of faith and joined the Riley team. No surprise, she fell in love with the NICU too.

“I love taking care of the babies, and I love getting to know their parents and helping them through the hard stuff.”

What she didn’t expect was how hard it would be to care for the babies while she was pregnant in that first year at Riley. 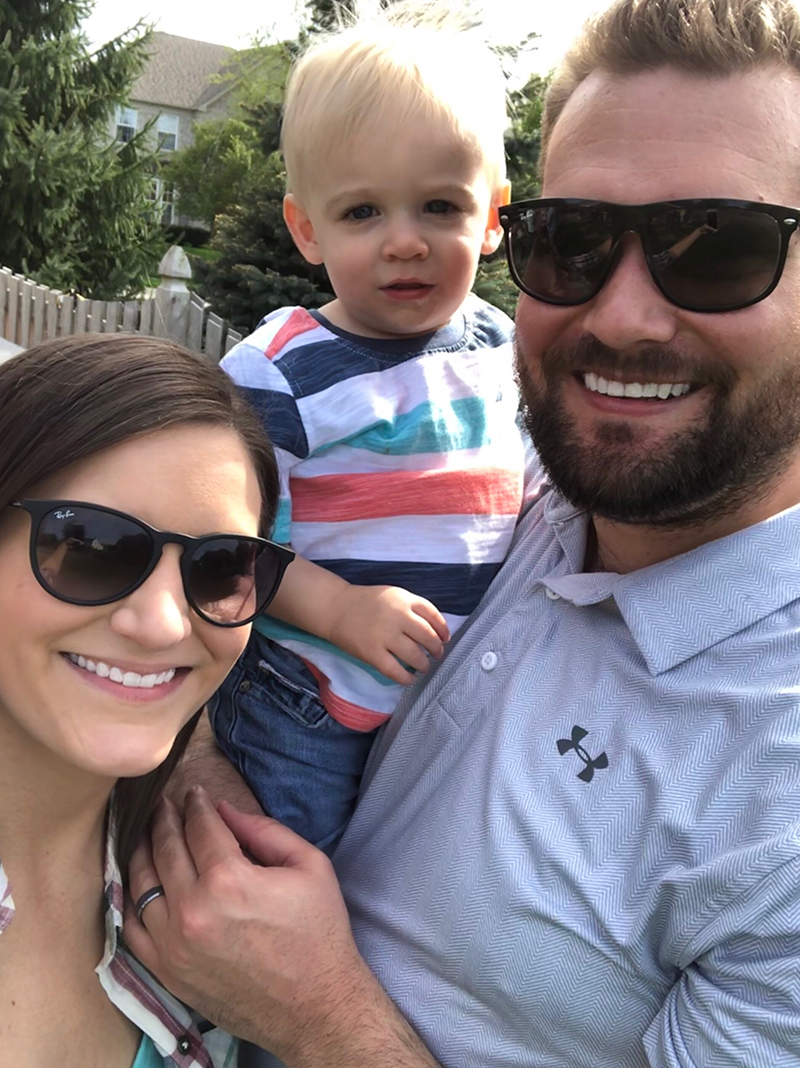 “I was terrified. You see all these things we deal with here and you think that’s all going to happen to you. After I had my son (now 1) and came back, I feel like it gave me a whole new view of my job. Although I was terrified for nine months, I feel like it was worth it for my career. There’s something about being able to relate as a mother to these babies and their parents.”

Haggard, described by her co-workers as “super helpful, positive and happy,” said she is inspired by the parents she meets.

“I see these parents have to make the hardest decisions, they are thrown so many curve balls. The strength they have is amazing.”

She saw that strength in one family who made the heartbreaking decision to withdraw treatment for their little girl – a patient and family she had grown to love. When they asked her to come in on her day off to say goodbye to the child, of course she did. She was seven months pregnant at the time.

“It was really hard, but to be there for that family was something I’ll never forget. They were so kind; they brought a gift for me and my child.”

That alone took her breath away.

“To know that they could go to a store and buy baby clothes for someone they barely knew outside of these four walls and to give me something like that when they’re going through the worst thing that a parent could go through, there was something really special about that. I still stay in touch with them.” 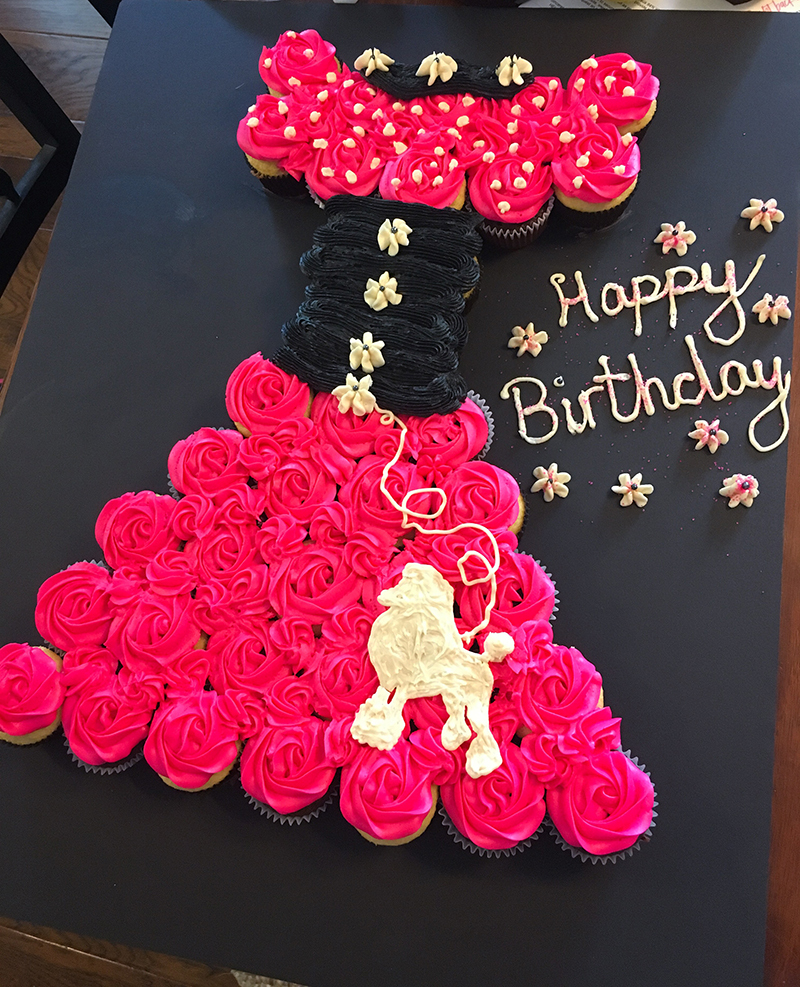 Fellow NICU nurse Jennifer Welcher said families can tell that Haggard genuinely cares for them. “She just has such a big heart.”

And then there are the children who have no families. At least no one who visits them. As sad as that is, Haggard said, “I feel like I can find more love for that child now. To be that figure for them when there’s no one else here, it’s a privilege.”

Time away from work is important to help Haggard and all nurses recharge. She likes to spend it with her family, including husband Corbin, son Wyatt, her sister and parents. They love to camp, hike and hang out with friends.

And one more thing. Haggard has taken up baking. Cupcakes mostly – she loves to bake them for special events. “It’s just a nice stress release and so fun making something for others to enjoy.”