They started in housekeeping and now work together as nurse practitioners

These three women began their Riley careers as PSAs in the Cancer Center. After years of hard work and school, they have reunited as healthcare providers in hematology-oncology and stem cell transplant.

Lynn Lawson can be forgiven for feeling a bit motherly toward three of the nurse practitioners she works with in the Cancer Center at Riley Hospital for Children.

She and 5 West day shift coordinator Jennifer Harker joke that they and other nurses on the hematology-oncology unit practically raised Jessica Harrison, who has worked at Riley for more than half of her life. Lawson, clinical manager for the Cancer Center, hired Harrison 21 years ago as a patient support assistant. Harrison was just 18 at the time.

The teenager worked hard and moved up in the ranks while she attended nursing school. She transitioned from housekeeping as a PSA to a PCA (patient care assistant), secretary, registered nurse and now nurse practitioner. All while raising four children and going to school.

Lawson went to bat for her more than once, recognizing her potential early on and encouraging her along the way.

“She doesn’t need me anymore,” Lawson laughed. “She’s proven herself over and over.”

Harrison earned her NP license in 2017, but she was a charge nurse on the hem-onc unit when Katlyn Antior and Ryanne Green were hired as PSAs at Riley in 2012. Like her when she started at Riley, they were barely out of high school, but both knew that nursing was their calling. Like her, they worked hard, grateful to find a place at Riley to start their careers.

The two young students were hired as nurses after graduation, then began the nurse practitioner program a few years later. Both also became pregnant while working as nurses and going to school.

Harker was also at Riley when all three women were hired and can’t help but be proud of them.

“I have enjoyed watching them all grow in their careers,” she said.

Antior graduated as an NP last August and delivered her baby three weeks later. Green delivered her first child a month before finishing her NP program in January. Now, Harrison, Antior and Green are back together as NPs, treating kids with cancer at Riley.

“I knew when Jessica was in nurse practitioner school that was something I wanted to work up to,” Antior said. “She’s definitely someone I looked up to, so it’s awesome that we get to work together side by side.”

She and Harrison work primarily with stem cell transplant patients, while Green, who is just finishing up orientation, will work on the hem-onc unit.

“It was hard, but you just push through it,” she said.

RN Kelly Elliott, day shift coordinator on 5 West, doesn’t know how Green and the others did it.

“I don’t think I could have endured what they went through, to go from working full time as housekeepers, then student nurses or techs, then RNs, while raising a family and going on to nurse practitioner school and finishing. I don’t know how they achieved that physically.”

A nurse at Riley for 30 years, she remembers each of them when they worked in housekeeping.

“They seemed so young, they seemed like kids,” she said.

CLEANEST OFFICE ON THE FLOOR

But they worked hard.

“I remember each of them would be sweating because they were so invested in what they were doing as housekeepers,” Elliott said. “They understood the connection, the commitment, why it was so important for our patient population to have a clean environment.”

And now the three NPs brag that they have the cleanest office on the floor, maybe in the whole hospital. They clean it themselves.

It was an aunt who nudged Harrison into a nursing career, something she hadn’t thought about as a teenager. “I don’t know what she saw in me at age 16, but she told me I needed to be a nurse, and it just grew from there.”

Making the switch from bedside nursing to the role of a provider as a nurse practitioner didn’t come easily for Harrison.

“I love the job I have now, but I loved being a bedside nurse,” she said.

She actually worked in both roles for a while after being hired as an NP at Riley.

“I felt like I needed to be in the rooms more. It didn’t feel right to me. It was so hard,” she said. “It wasn’t that I didn’t like my job, but you have a different kind of connection with patients as an RN than a provider.” 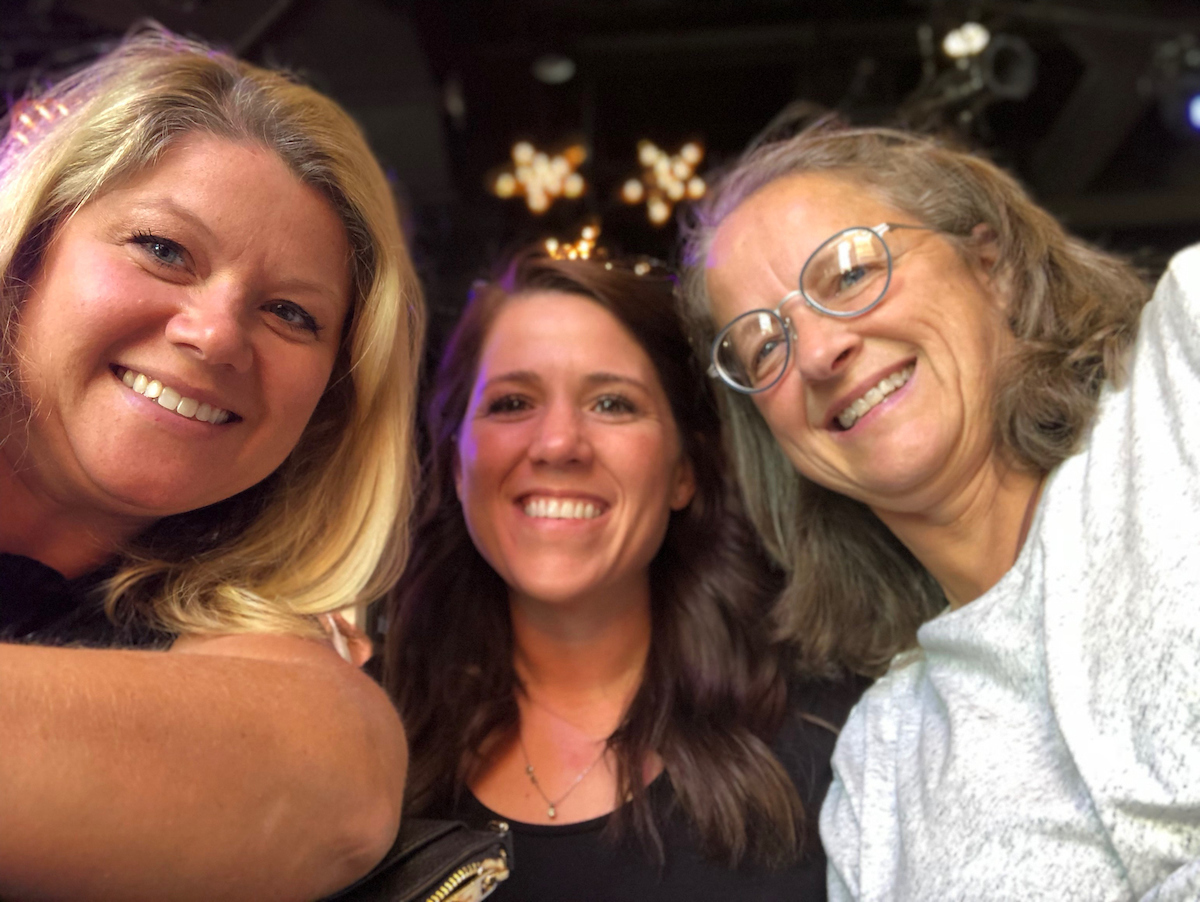 And she has figured out how to get a little more time with her patients and families by doing education on medications and preparing homes for discharge, something she did as a nurse.

“I think it’s good that I have a long RN background (eight years) because I can think of things as a nurse that other providers wouldn’t.”

For Green, the most challenging part of transitioning from nurse to nurse practitioner is how she approaches patient care.

“As a bedside nurse, you are task-driven. Now we’re looking at the bigger picture and we have to take a step back and look at the whole treatment plan,” she said.

“THIS IS MY FAMILY”

“I have my home family, and I have my Riley family in the Cancer Center. Lynn hired me at a young age and there are so many nurses I’ve worked with on 5 West and 5 East who have contributed to helping me grow to get to where I am,” she said.

“I always say, this is my family. I can’t ever imagine leaving these people. They’re just always there for you.”

All three acknowledge feeling overwhelmed sometimes, wishing they could do more for their seriously ill patients. But they lean on each other and their colleagues.

“Our Riley family support is huge; we work with great people,” Green said.

“The support at home and the support of co-workers is what picks you back up and brings you back in the morning,” added Antior. “And seeing the drive in our patients, their commitment to treatment and their desire to keep fighting helps motivate me.”