Siblings with osteogenesis imperfecta lean on each other through life’s tough breaks.

Watching them play, you wouldn’t know anything’s wrong with siblings Emery and Ellis Fogt. And that’s just the way they like it.

The 5- and 7-year-olds are the children of Dustin and Lauren Fogt, who live northeast of Indianapolis. Active, engaging and creative, the kids serve pretend ice cream sundaes to visitors, sing songs and show off their video game skills.

It’s a loud, busy household, but one thing you don’t hear on this winter evening is fighting or crying. These two get along well; they’ve been looking out for each other since they were toddlers.

Emery and Ellis were born with osteogenesis imperfecta, OI for short. Also known as brittle bone disease, the genetic disorder causes imperfect bone formation due to a lack of collagen. People with this condition have bones that break easily, often from mild trauma or with no apparent cause.

The Fogt kids inherited this disease from their father, who inherited it from his father. Lucky for them, it’s on the mild side as OI goes. Other children with the condition may not be able to walk or play.

Each of the siblings has suffered multiple breaks in their arms, legs and hands, but quarterly bone-strengthening infusions at Riley Hospital for Children have done a world of good, their parents say.

Lauren Fogt, a former nurse at Riley, took care of babies with OI, so she was ahead of the game, and Dustin was able to share his first-hand experiences with the disease.

“Between the two of us, we navigate pretty well,” Lauren said. “We don’t know how people who don’t have the experience get through it.”

As a young nurse at Riley, she never thought she would eventually have Riley kids herself, but when she met Dustin for the first time, she was immediately drawn to his eyes.

“When I met Dustin, I knew he had OI because of the sclera (the whites of his eyes were bluish-gray). They all have these hauntingly beautiful eyes,” she said.

The couple has been together for 13 years, married for 10.

They knew, when they decided to have kids, that there was a 50-50 chance their child or children would be born with OI. They chose not to find out ahead of time, but Lauren had extra ultrasounds in utero to look for breaks. None were found, and Lauren delivered both children naturally.

While Ellis was diagnosed clinically with OI at 4 months, he didn’t suffer his first break until Lauren was already pregnant with Emery. He was almost 2 and broke his leg not long after learning to walk.

Emery was about 2½ when she had her first break. The couple originally held out hope that Emery would be spared the disorder. Dustin’s brother has three kids – one boy and two girls. The boy has OI, but the girls do not.

During one nine-month span, both Ellis and Emery suffered multiple breaks, but they’ve had none for two years now. For Lauren and Dustin, it means the infusions are working.

While Lauren acknowledges being super anxious when the kids were younger, worried that any wrong move could result in a fracture, she is more relaxed now. When one of the kids takes a tumble, which is bound to happen, neither she nor Dustin overreacts.

“We try to remind them how hard it was being in a cast, but at the same time, we don’t want to scare them,” Dustin said.

He remembers what it was like when he was little, spending a lot of time in the hospital after breaking nearly 30 bones during his childhood.

“I was almost ashamed of it, of always being hurt,” he said. “So we don’t tell them they have bad bones or soft bones. We want them to feel as normal as possible.”

Emery and Ellis, who are under the care of Riley geneticist Dr. David Weaver, are old enough now and understand their body well enough to know if they’ve suffered a fracture, Lauren said.

“Ellis has two speeds – fast and faster,” she laughed. “Usually if he falls, he gets right back up. We can tell if he trips and looks at us funny, we know something is wrong.”

It might sound counterintuitive, but the best therapy for increasing bone density and growth in toddlers with mild OI is jumping, Lauren said. Both kids have been in physical therapy over time, and they love jumping on small trampolines. It helps with their confidence too, both parents say.

Emery also loves to dance. She takes ballet and tap classes and frequently hosts dance parties around the house. Ellis played soccer and did karate, both of which help with balance and coordination.

The siblings have learned to lean on each other through their various setbacks.

“Their condition has brought them closer together,” Lauren said. “One thing we didn’t expect at this age is the empathy they have, not only for each other but for everybody. The last time she had a break, he was waiting at the garage for us, ready to grab my bag, and he had a pillow and an ice pack for his sister.”

The Fogts expect their kids to have pretty normal lives. Right now, Ellis likes to draw and play video games, while Emery loves practicing her French with help from the TV program “Fancy Nancy.”

“She has a huge vocabulary,” Lauren said of her daughter. “And she loves the French language because it’s so pretty.”

Whatever they choose to do in life, she added, they both have the “panache and joie de vivre” to be successful. 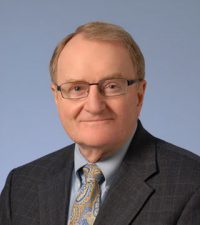