The news was terrifying: their unborn baby had a rare and complex heart defect

A home-monitoring program for the littlest Riley Hospital heart patients is saving lives.

Jaxson Jones gave his parents a scare before he was even born.

In utero, he was diagnosed with hypoplastic left heart syndrome (hlhs), a rare heart defect that restricts normal blood flow through the heart. As the baby develops in the womb, the left side of the heart does not form correctly, leaving the child with what amounts to half of a working heart. 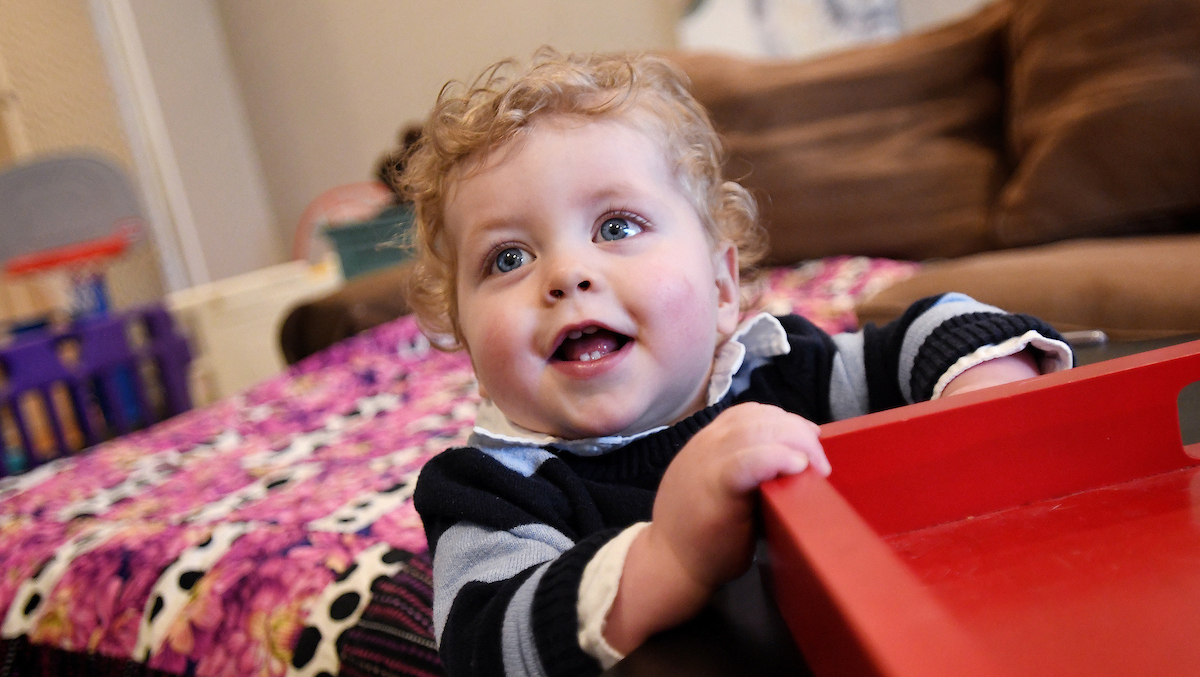 The news was terrifying, Ashley Jones admitted. It was the first child for her and her husband, Jonathan. What would happen to the baby they were so excited to bring into the world?

They pushed their fears aside and spent the next few months preparing for his arrival.

“We got our team ready before Jax was born,” Ashley said.

His due date was Christmas Day 2017, but Ashley’s obstetrician opted to induce labor a week early, and Jaxson was born at IU Health Methodist Hospital on Dec. 19, 2017, weighing 7 pounds, 13 ounces. 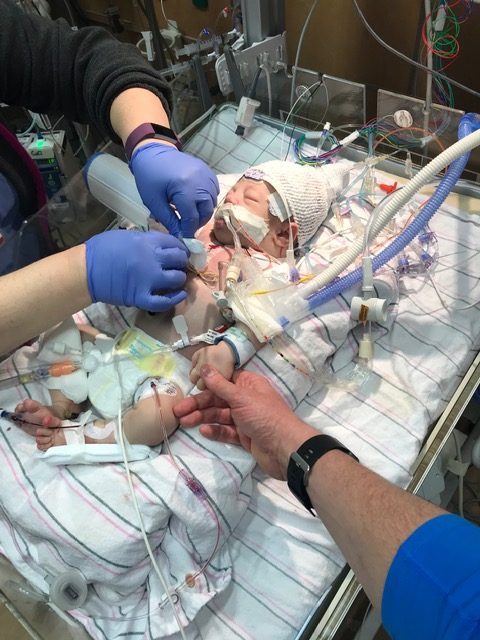 He was immediately transferred to Riley Hospital for Children. That’s when reality hit, Ashley said.

“In utero it was like he was fine, but when he came out, that’s when everything changed.”

In babies born with hypoplastic left heart syndrome, the left side of the heart can't effectively pump blood to the body. Without surgery, the congenital heart defect is fatal, usually within the first few weeks of life.

On Jan. 2, 2018, Jaxson had his first open-heart surgery to reconstruct the aorta and connect it directly to the heart's lower right chamber (right ventricle). The next in a series of three surgeries would come six months later. Dr. Mark Turrentine was his surgeon for both. He would later tell the Joneses that Jaxson was one of his favorite hypoplastic patients, they said.

“I don’t know if that was because the surgery went so smoothly or just because he’s so cute,” said Jonathan, every bit the proud dad. “He’s always smiling, always happy.” 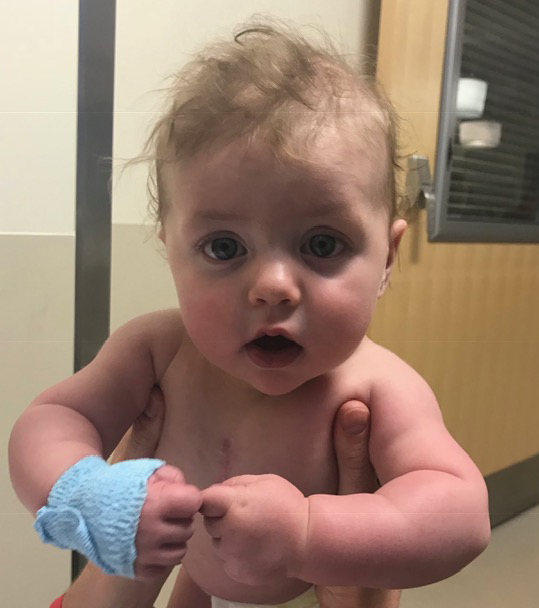 Jaxson is cute indeed. The curly-haired toddler is almost 14 months old now. He weighed 22 pounds at his 1-year checkup.

He’s working on walking and talking. He loves cars, balls and Mickey Mouse. He likes to play catch and to be outside. He loves the 165-pound family dog, named Indiana (Indiana Jones, as he’s known). Oh, and he loves to eat, his mom says.

That last part is important because Jaxson was among the 30 percent of babies with HLHS who didn’t go home with a feeding tube between his first and second surgeries. That meant his parents had to make sure their son was getting enough nutrition, a critical factor for every newborn but especially one with a serious heart condition that often leads to poor feeding.

“It was great to be home, but it was so stressful,” Ashley said. “Not only do you have a newborn, which is stressful in itself, but then you add all these other elements.”

The months between the first and second surgeries for a child with HLHS are tough on families. Babies have to almost live in a bubble – isolated from the outside world for fear of germs that could compromise their condition.

Parents of single-ventricle babies treated at Riley are enrolled in the program, which monitors a child’s oxygen levels, weight and other vital signs via an iPad and connects parents with a nurse – in this case, Hartman – who helps troubleshoot concerns.

For Ashley and Jonathan, it was a lifeline.

“Just having that peace of mind of talking to someone and her reassuring us or telling us we need to act was huge,” Ashley said. “Dana was available to us almost all hours of the day and night. If she was around or awake, she responded right away.”

There was an added layer of stress for Ashley because she is a nurse. She previously worked in a hospital NICU. 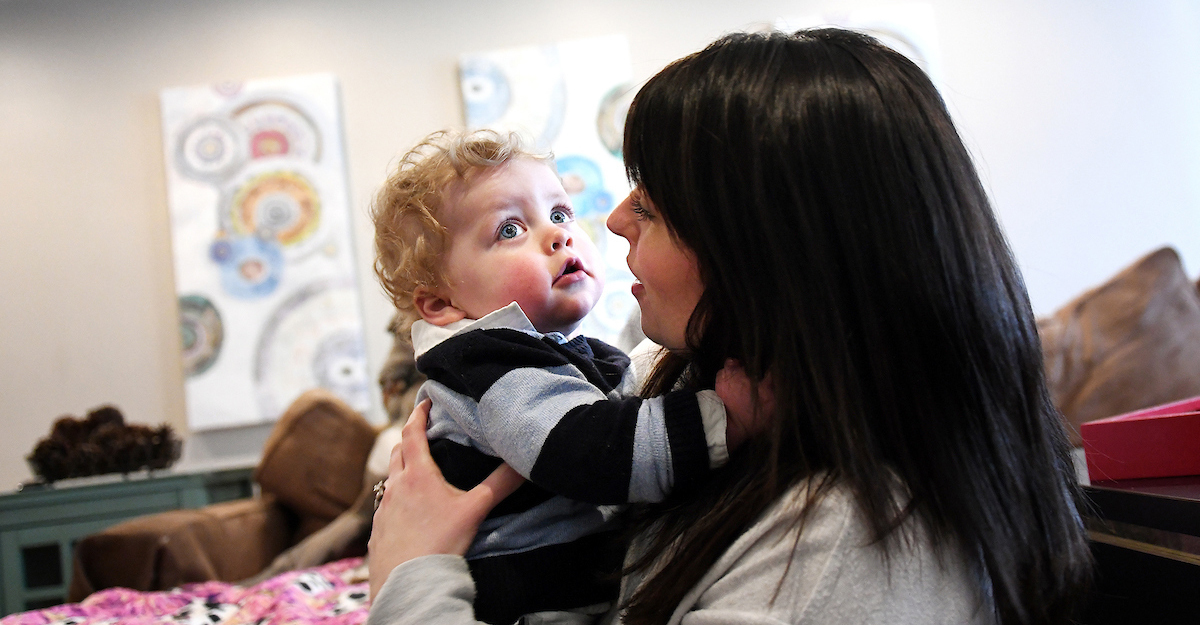 “As a nurse, I know babies, but when it’s your own, you second-guess everything,” she said, especially as a first-time mom.

Her husband is not in the medical field, but he adapted quickly, learning to watch his son’s color, his oxygen saturation levels and how many diapers he was going through.

Both parents were completely in tune with Jaxson’s needs, Hartman said. “They were so on it, noticing subtle changes, and we were able to address things.”

Once, when they noticed Jaxson was breathing erratically, Ashley sent a video to Hartman, who quickly consulted with Jaxson’s cardiologist, who determined that he should come in to the cath lab. 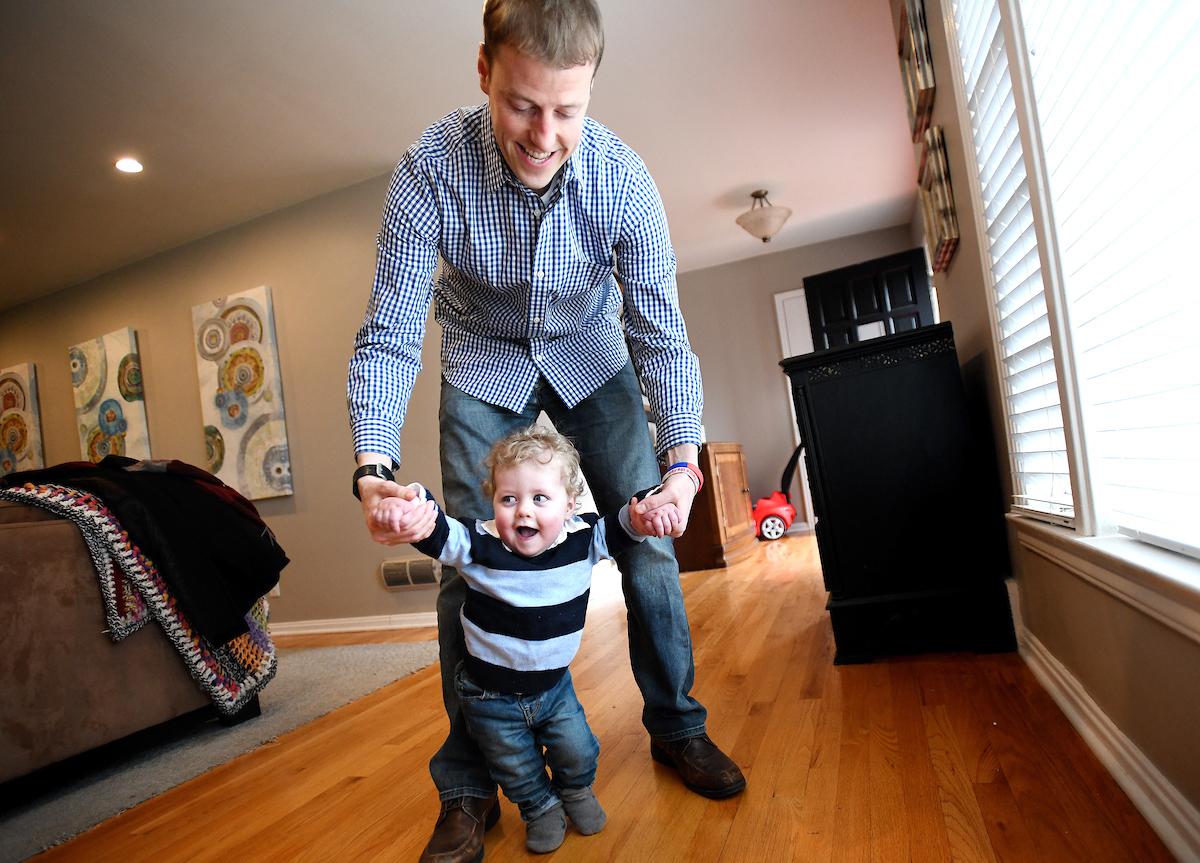 The home-monitoring program was launched a decade ago. At that time, parents were sent home with a baby scale and a pulse oximeter so they could monitor oxygen saturation levels, as well as a pager number to call and a binder to record the information. Hartman would call parents once a week to check in, but she quickly figured out that when she called, parents had a lot of questions. So she started giving them her cellphone number.

“It became as much of a parent support as it did a clinical tool for us to watch these kids,” Hartman said.

About two years ago, iPads replaced the binders, which makes it easier for Hartman to see the numbers in real time.

The program not only gives parents peace of mind, it saves lives, Hartman said. Before it began, the mortality rate for Riley babies between those first and second single-ventricle heart surgeries was about 18 percent, similar to the national average at that time. Now with home monitoring at Riley, it’s down to 5 percent.

As other hospitals around the country launched similar programs, the national average has decreased significantly too, she said.

“That’s a huge drop, and we finally had enough numbers to show it. The only thing that really changed was the home monitoring,” she said. “Surgeons are still doing surgeries pretty much the same.”

But because of the program, babies are seen in clinic more often and they’re being admitted earlier when problems arise. 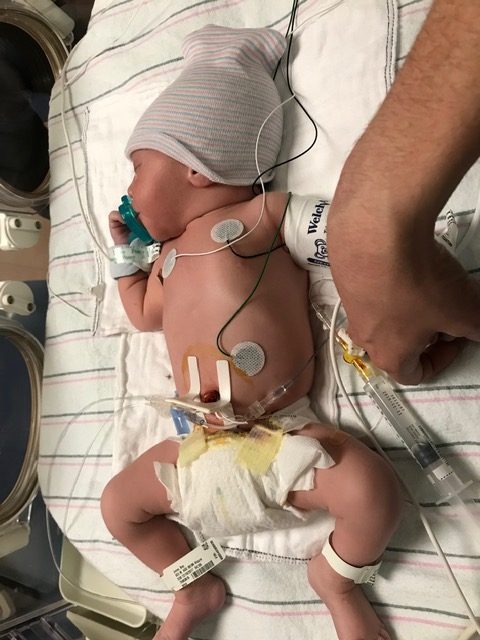 “In some cases, it truly has saved lives,” Hartman said. “Mostly because parents have someone they can call in the moment.”

She has been on the phone with anxious parents while they were waiting for an ambulance or driving to the emergency department after consulting with her.

“There are moments where I get off the phone and I start crying,” she said. “I have to stay calm for the parents in the moment, and then it hits me, oh my goodness.”

The program, which monitored about 10 babies a year in the beginning, had triple that number last year. It has been so successful it is expected to be expanded to Riley babies with pulmonary hypertension.

Hartman said her background as a nurse taking care of heart babies for nearly 20 years earned her the trust of cardiologists and surgeons, which was crucial when the program launched.

“They know their kids are being watched really closely,” she said. “They’re happy, the families are happy, and babies are surviving.”

Ashley Jones is grateful for Hartman and for the support the family has had from Riley. Jaxson will undergo his third surgery between the ages of 2 and 3.

“We’re in this community now of heart families, the community you never wanted to be part of,” she said. “Still, it’s awesome to have.”