The Mooky Project wraps its arms around Riley kids

A woman who suffered a traumatic brain injury in a car accident is channeling her energy into providing sock monkey companions to patients.

Pebbles Wireman is 45 years old, but she knows what it’s like to feel scared and alone in a hospital room. 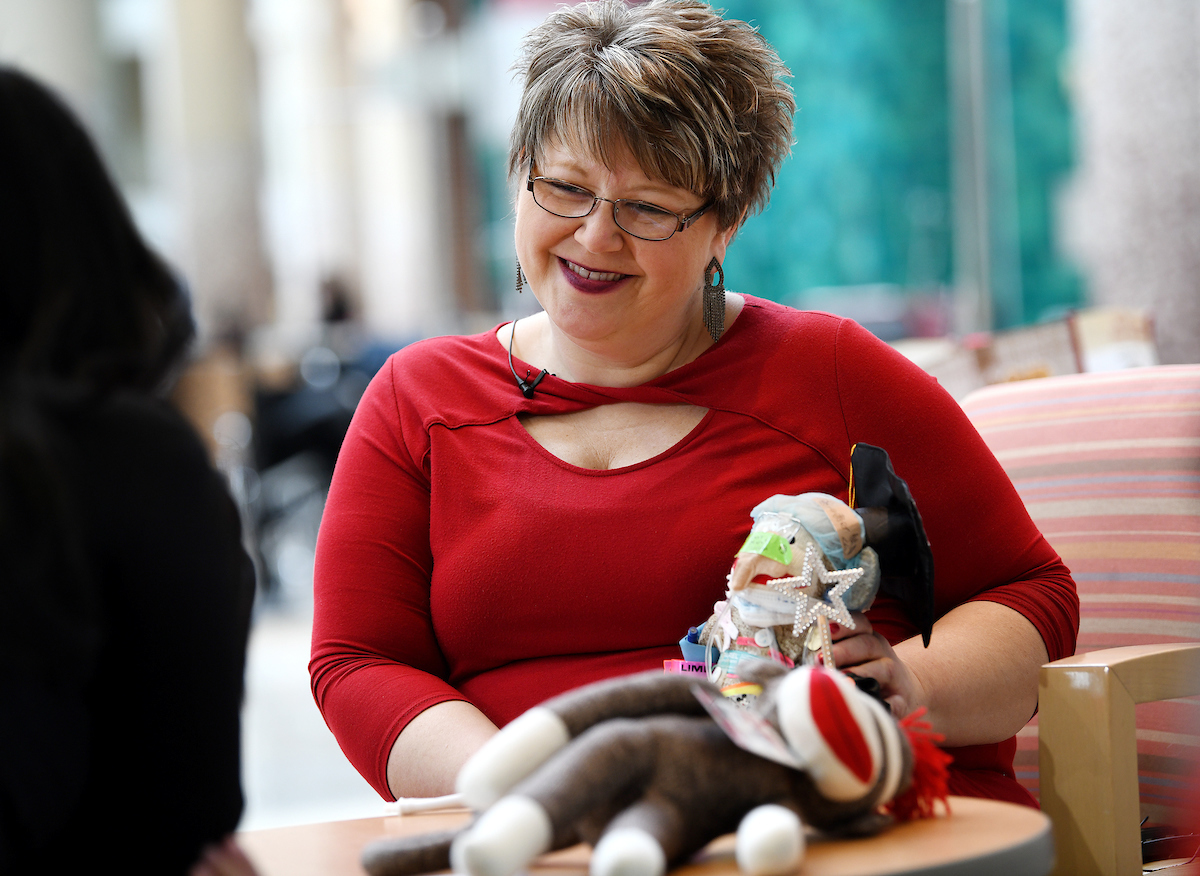 It was more than 25 years ago that she lay gravely injured after not one but two car accidents – the first one in the summer before her senior year of high school, the second one two years later.

Diagnosed with traumatic brain injury, she has suffered decades of pain and related ailments, but somewhere along the line, she received a cute little sock monkey that helped absorb some of the hurt.

That sock monkey, which came with an ID bracelet bearing the name Mooky, traveled with her through more than 100 medical procedures. Her Mooky bears the markings from those surgeries and more.

Now a master’s in divinity student at Indiana Wesleyan University, Wireman has decided to focus on children for her ministry. That’s why she is on a mission to provide these same snuggly companions to kids at Riley Hospital for Children at IU Health.

The Mooky Project is a foundation she created to get the sock monkeys into the arms of children who need them. She started with a delivery of 300 to the Riley Cheer Guild at Christmas, followed by a few more last week. She hopes to bring another 300 for Valentine’s Day next week.

The idea is for physicians and other healthcare team members to use the Mooky to explain to the child what part of the body might be affected by an upcoming treatment. 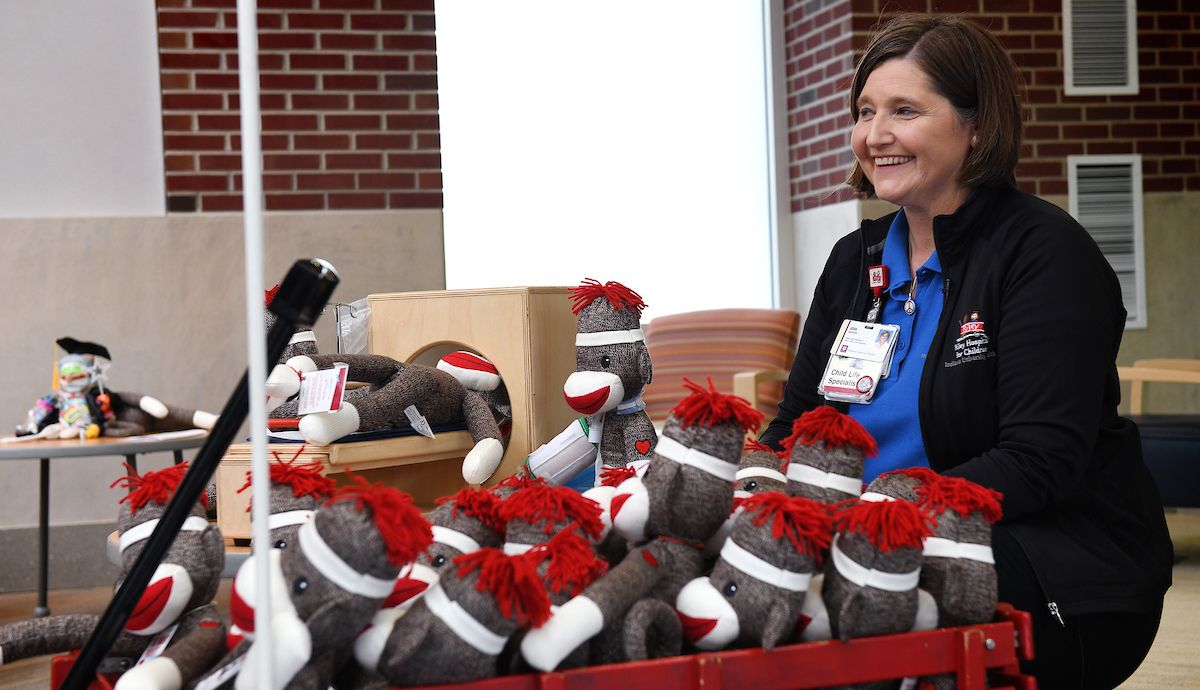 “I’ve spent a lot of time in the hospital, so I know what a lonely journey it is, Wireman said. “When you have to go for treatments and surgeries and you leave your family behind, Mooky can go with you so you’re not alone.” 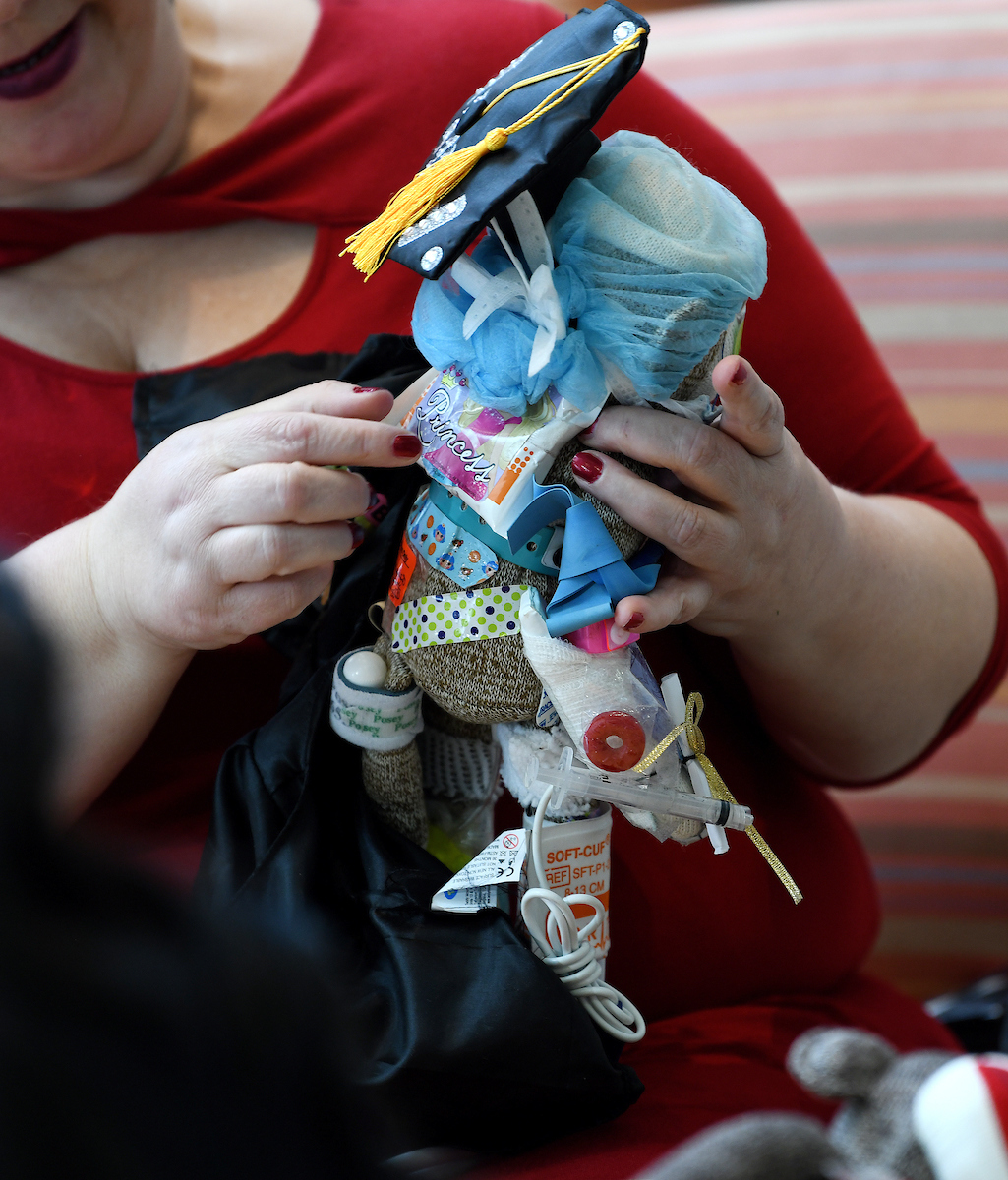 For those who might be wondering, Pebbles is Wireman’s given name – her father was a “Flintstones” fan. The animated sitcom aired from 1960-1966 but lives on in reruns. 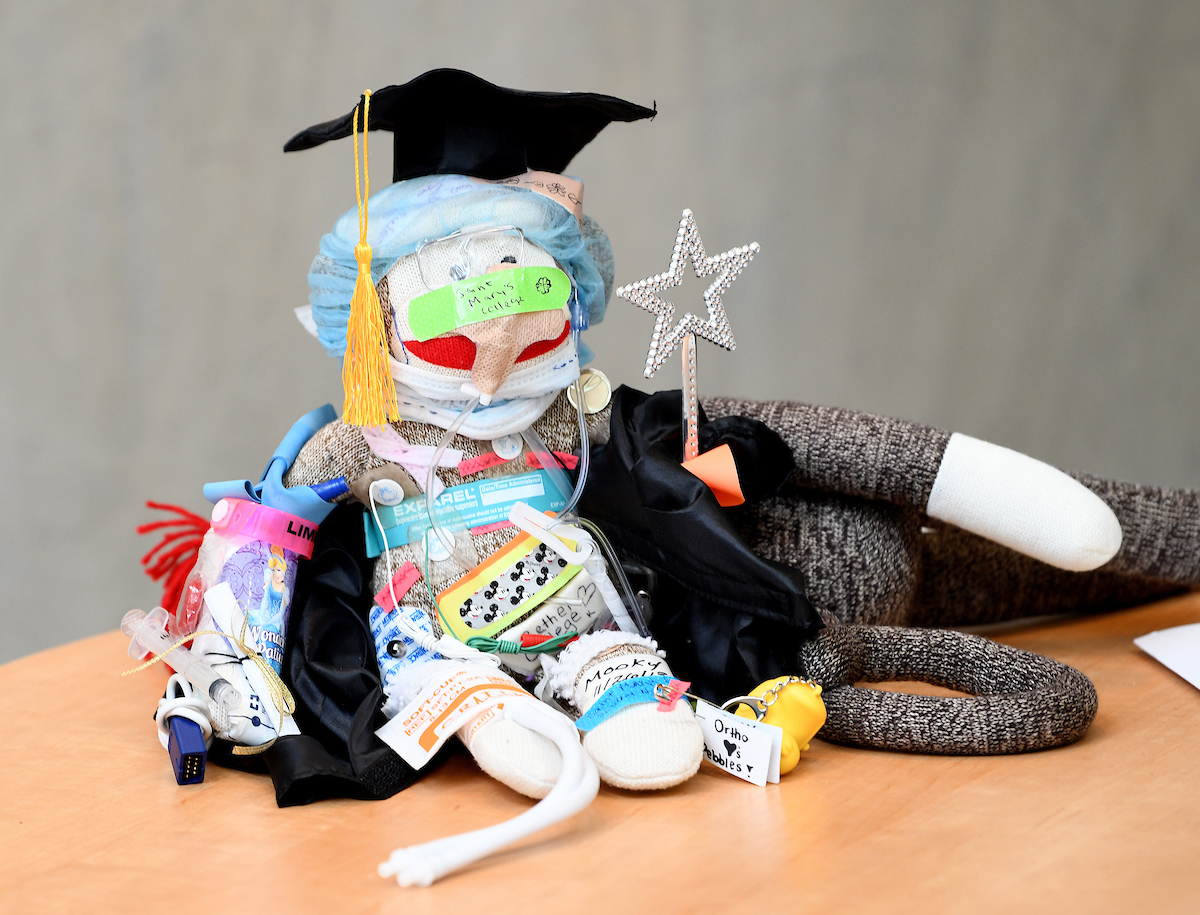 She’s not sure where the name Mooky came from, but the internet defines it as someone or something kooky, cool, intelligent, funny, alternative, stylish, irreverent, inspired and adventurous.

“What better name for my buddy,” she said.

Ann Hannan, director of the Riley Cheer Guild, said the sock monkeys, which are shipped from California, would be safety-checked by volunteers before being offered to young patients.

“This type of donation gives kids an option for choosing a companion in their healthcare journey,” Hannan said. “Some children already have a special stuffed animal or doll to bring to procedures, but others benefit from choosing one from donated items for learning and for comfort.”