The longest mile – Mom is running for the lives of children

Allison Longest’s son, born with a serious heart defect, is her inspiration as she trains for her first marathon.

Allison Longest has been running for 15 years, but it has never meant as much to her as it does now.

The Indianapolis mother of two is running for the lives of children around the country. She is training for her first marathon – the New York City Marathon on Nov. 3 – to raise money and awareness for the Children’s Heart Foundation.

It started with one child – her little boy, Zachary.

Now 5, Zachary was born with a slight heart murmur that quickly became a life-threatening medical emergency.

Longest doesn’t like to think about those early days after her youngest child’s birth. It was a scary time, and completely unexpected.

“I had a totally normal pregnancy,” she said. “I actually ran a half marathon when I was pregnant with him.”

But the medical team at the Northside hospital where he was born noted that Zachary was lethargic in the hours after his birth Dec. 16, 2013. An echocardiogram of his heart revealed a defect in his aortic valve, but it appeared to be relatively minor initially. 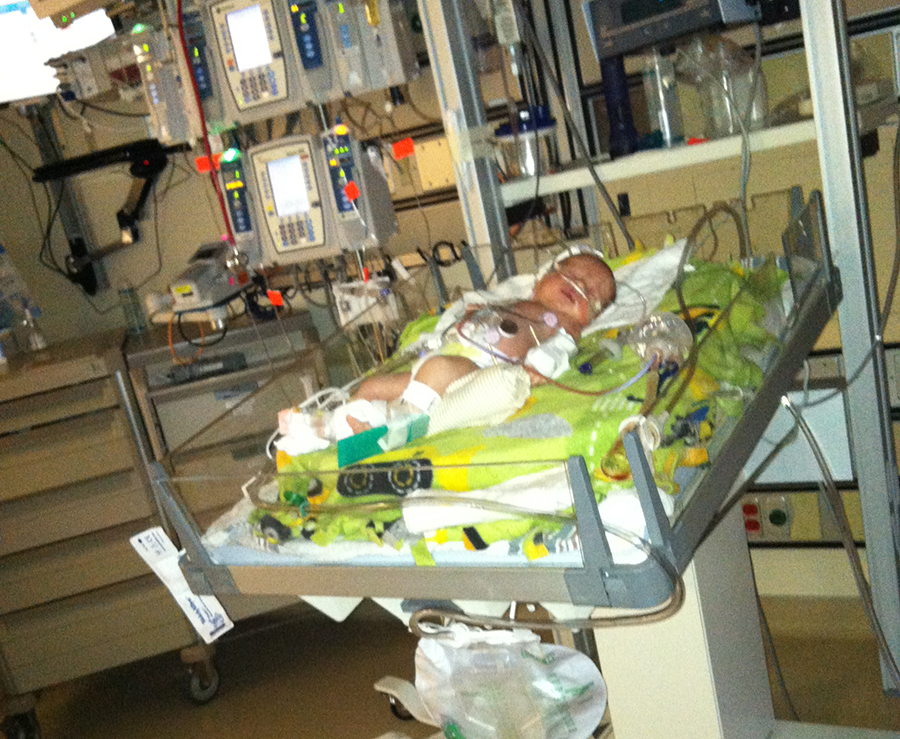 After a few days in the NICU at Community North, Zachary was released Dec. 20 under the watchful eye of Riley Hospital for Children cardiologist Dr. Anne Farrell, who diagnosed Zachary with a bicuspid aortic valve, aortic valve stenosis and aortic valve leakage. She told Allison and her husband, Christopher, that she wanted to see Zachary within a week because things can change quickly with a newborn.

She scheduled an appointment on Christmas Eve, Allison said.

“Her office wasn’t even open, but she said she couldn’t let a baby go over the holiday without knowing he’s OK.”

And it was a good thing. On Dec. 24, 2013, an optimistic Allison dutifully took Zachary into a very quiet Riley Hospital to see Dr. Farrell.

The pediatric cardiologist did a follow-up echocardiogram on the baby, and his condition had gotten worse. His stenosis had gone from moderate to severe in a matter of days.

“She said he needs surgery right away.”

It was not the news Allison or her husband were expecting the day before Christmas.

It’s all a blur now, but Zachary went through pre-op procedures that same day, then the family went home for Christmas, armed with on-call numbers and physician cellphone numbers in case of an emergency. The following Monday, the parents sent their 6-pound baby into open-heart surgery with Dr. Mark Turrentine.

“Babies born with an aortic valve that is not opening and not getting good blood flow to the body can get sick really fast,” Dr. Farrell said. “The problem is their heart muscle – the left ventricle does not like pumping against a valve that is not opening well, so they can have a lot of problems with that heart muscle failing and you can have a sudden arrest or a sudden death.”

Dr. Turrentine was able to open up the valve and improve blood flow, but it’s a temporary fix, Dr. Farrell said. Eventually, Zachary will need a valve replacement, though the hope is that he can grow bigger before that surgery is needed.

“When your valve is that bad early on where you need surgery as a newborn, it’s not a normal valve, so it’s still going to have some narrowing and often develops leakage with time,” she said. “There’s only so much work you can do on this valve to make it better.”

Zachary was in the hospital for two weeks after surgery, a time filled with ups and downs, Allison said.

Because his appetite had suffered due to his heart condition, Zachary had lost a few ounces from birth. “He was so tiny, and he wasn’t gaining,” his mom said. “But boy did he after his heart was fixed! He became chunky.” 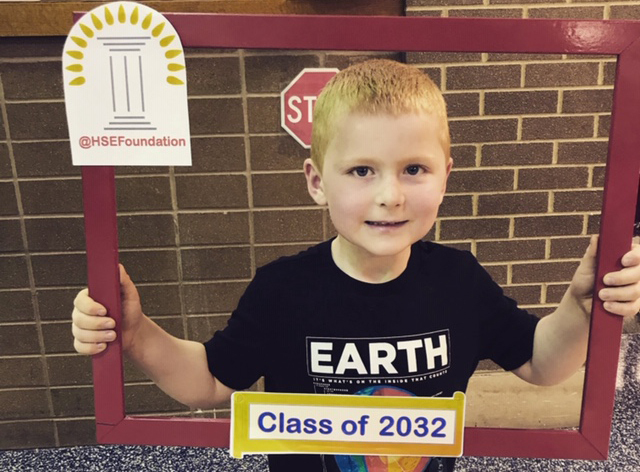 Five-plus years later, Zachary is starting kindergarten. He loves dinosaurs, outer space and anything with wheels, his mom said. He likes baseball and is signed up to play soccer in the fall.

“If you looked at him, you would never know there were ever any issues,” Allison said.

But heart defects are the most common birth defect across the country, Dr. Farrell said. For the most part, they are invisible – unless you see the scar in a child’s chest, she said.

Nearly one in 100 babies is born with a heart defect in the United States each year. About one in four of these has a critical heart defect.

“The vast majority of kids we work with are doing great, Zachary included,” Dr. Farrell said, but they face a lifetime of treatment in one form or another. 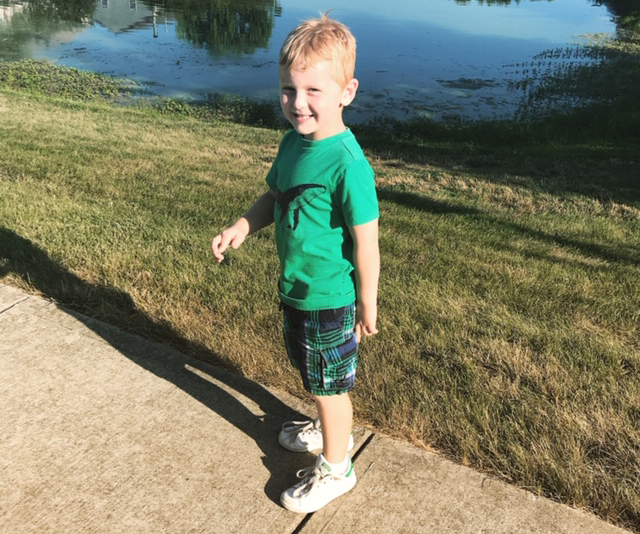 “One in 100 moms are going to have a baby with a heart problem, whether it’s on the severe end of the spectrum or the mild end,” she said. “You hear about heart disease and stroke all the time in the adult population. Awareness is not as strong in the pediatric population.”

That’s why Allison, who works in sales for Reebok, is running the New York City Marathon in the fall – to raise money and awareness for the Children’s Heart Foundation, which is dedicated to funding the most promising research into the diagnosis, treatment and prevention of congenital heart defects.

Allison and Christopher, who also have an older son named Braden, are passionate about CHD awareness and previously chaired the Congenital Heart Walk in Indianapolis.

“When Zachary was diagnosed, neither of us knew anything about congenital heart disease, and one in 100 babies are born with it. It’s just astounding,” she said.

So as she runs her first marathon through the streets of New York, she will be thinking about her son and other children who face life-threatening heart defects. And at the finish line, she’ll fall into the arms of Christopher, Braden and Zachary – her inspiration.