The Indiana Beta Club donated $8,443 to Camp About Face at their 58th annual state convention on November 10, 2012. The National Beta Club is the country’s largest non-profit youth organization whose mission is “To promote academic achievement, character, service and leadership among elementary and secondary school students.”

The Indiana Beta Club consists of several chapters based out of middle and high schools across Indiana.

Representing Camp About Face were Carol Ritter, RN, camp sponsor, and camper Lindsey Summers. Lindsey, a senior at Center Grove High School in Indianapolis, shared with the Beta Club how camp has impacted her life as a cleft patient and thanked them for their continued support. She received a standing ovation for her comments.

Since 1995 when the Indiana Beta Club first adopted Camp About Face as their state philanthropy project, the club has donated $133,958.83 to camp. “I’m continually impressed at how much money these high school students have raised for Camp About Face,” states Carol Ritter. “Their enthusiasm is amazing!”

Camp About Face is a one-week summer camp for children with clefts and craniofacial anomalies sponsored by the Cleft and Craniofacial Program at Riley at IU Health. To find out how your child can benefit from camp, please call us at 317.274.2489. 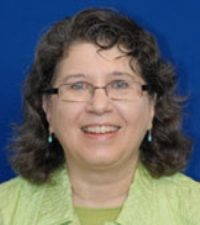 Through the generosity of a grant provided by the “Women for Riley”, many hearts of parents who have...