Teen focuses on future as he learns to walk again

He’s only 13, but he has already faced down a stray bullet and years of agonizing rehabilitation just to be able to stand again.

Ty-Juan Preer was just 8 years old when his future changed at the whim of a stranger with a gun.

The bullet from a passing car slammed into his arm as he stood outside a Westside store where his father was working on a Tuesday afternoon. It ricocheted through his body and came out the other side. The random shooting left the third-grader paralyzed and his family shattered. 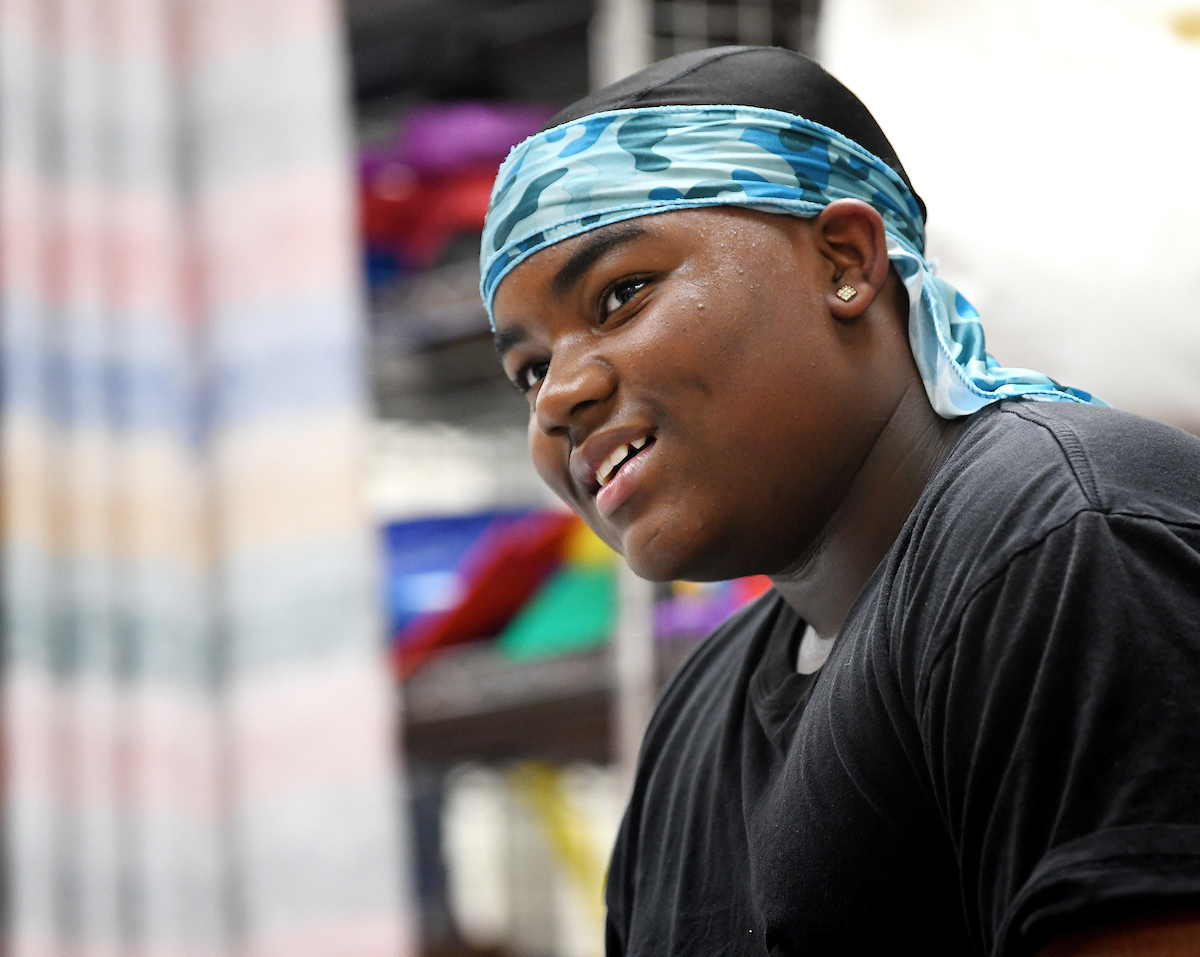 Doctors said he might never walk again. And indeed, it was bleak at the beginning, said physical therapist Sarah Johnson, who has worked with Ty for more than three years at Riley Hospital for Children.

Today, she marvels at his progress. Early on, the goal was to help him learn to sit again. But that wasn’t enough for Ty. Week after week, month after month, year after year, he has returned to Riley for outpatient rehab.

Now, he’s an eighth-grader, a teenager, and he’s walking. Sure, he needs help, but those little steps he takes are giant strides toward his future independence.

“He’s made a lot of progress,” said Johnson, who has an easy give-and-take relationship with Ty, built on years of one-on-one physical therapy sessions and trust.

“Muscle-wise his upper body continues to get stronger, which makes things easier,” she said. “He’s getting more control of the muscles in his legs and more strength in his belly.”

Ty can stand with ankle braces and he is able to walk with crutches and braces.

“As he gains strength, we’re taking down the level of assistance he needs.”

At his most recent session, Ty is quiet, but his little brother Tyler, 7, makes up for that with a running commentary on shoes, basketball and life as a second-grader.

As he and his dad, Ty-Juan Sr., wait while the PT session continues, Tyler hops into his brother’s wheelchair and spins around in circles. When Johnson asks how many push-ups Ty should do, Tyler suggests 30.

Easy enough for Ty. The teen shifts over to his stomach on the large therapy table and pumps his body up and down 30 times, showing off his arm and core strength.

He cracks a smile when he finishes, proud of his effort. Johnson sees it too.

“He’s kept a good attitude throughout,” she said. “He still gets frustrated a little bit, but he works hard and is determined. He does whatever I ask of him. He’s in a really hard spot, but he’s done a good job and he hasn’t let it get him down.”

That alone is amazing, she said, because progress with spinal cord injuries like Ty’s can be painfully slow, while the nerves regenerate and the muscles relearn what they are supposed to do.

“For him, there is still kind of a roadmap for nerves and neurons to grow down so they reconnect with the system. But then it’s a matter of those nerves knowing that their job is to turn on these muscles and work on getting power. The power and control is the hardest part.” 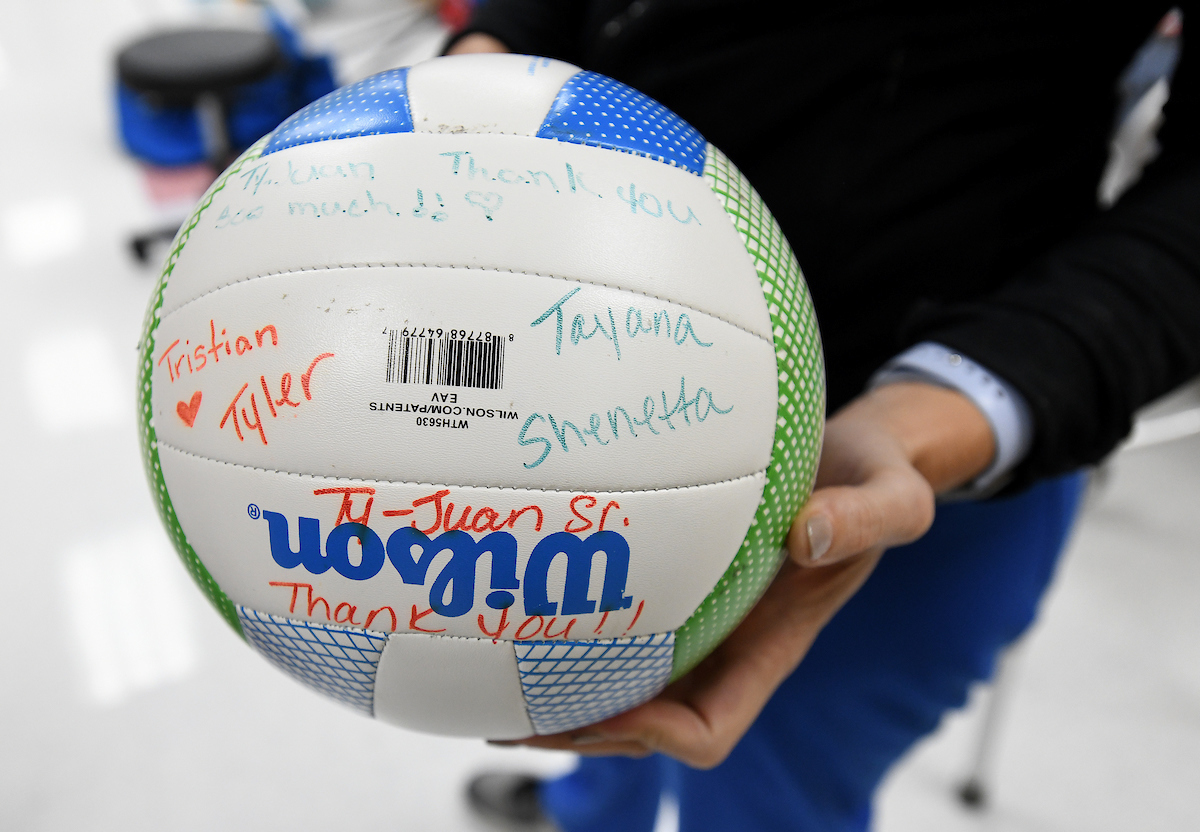 During his PT session, Ty shifts between standing and walking with assistance, arm exercises with weights, batting a volleyball back and forth with Johnson for two minutes and shooting a basketball left-handed while his brother rebounds.

As he works, he alternates between grimaces and grins.

His father, who works with his son at home on therapy, sees to it that Ty keeps his weekly PT appointments. Quitting is not an option.

It would be really easy for Ty to stop, Johnson said. To be satisfied with how far he’s come.

“He hasn’t and he doesn’t want to. We talk about it a lot. He keeps making really small steps toward the goals that he set for himself, so we keep working with him.”

As he prepares to leave the PT session, Ty, the oldest boy in a family of five children, acknowledges that some days he doesn’t really want to come. But he shows up anyway.

“I come because it helps me and gets me better.”

The teen may never forget about the shooting that changed his life, but he refuses to let it control his life. That’s why he continues taking steps toward independence.