Did you know your thumbs are the dirtiest part of your hands? Did you know just looking both ways when crossing the street isn’t enough? Did you know that law enforcement is your friend – and they even laugh sometimes? Yes, yes and yes. Riley’s annual Safety Fair Thursday was a wonderful success.

The sun was shining as kids played cornhole and learned how to be safe on sidewalks and crossing streets.

Inside Riley Hospital for Children at IU Health, booths were set up with cool and wacky, interactive things to do.

This was the annual Riley Safety Fair, an event with a purpose: Make learning about safety fun. 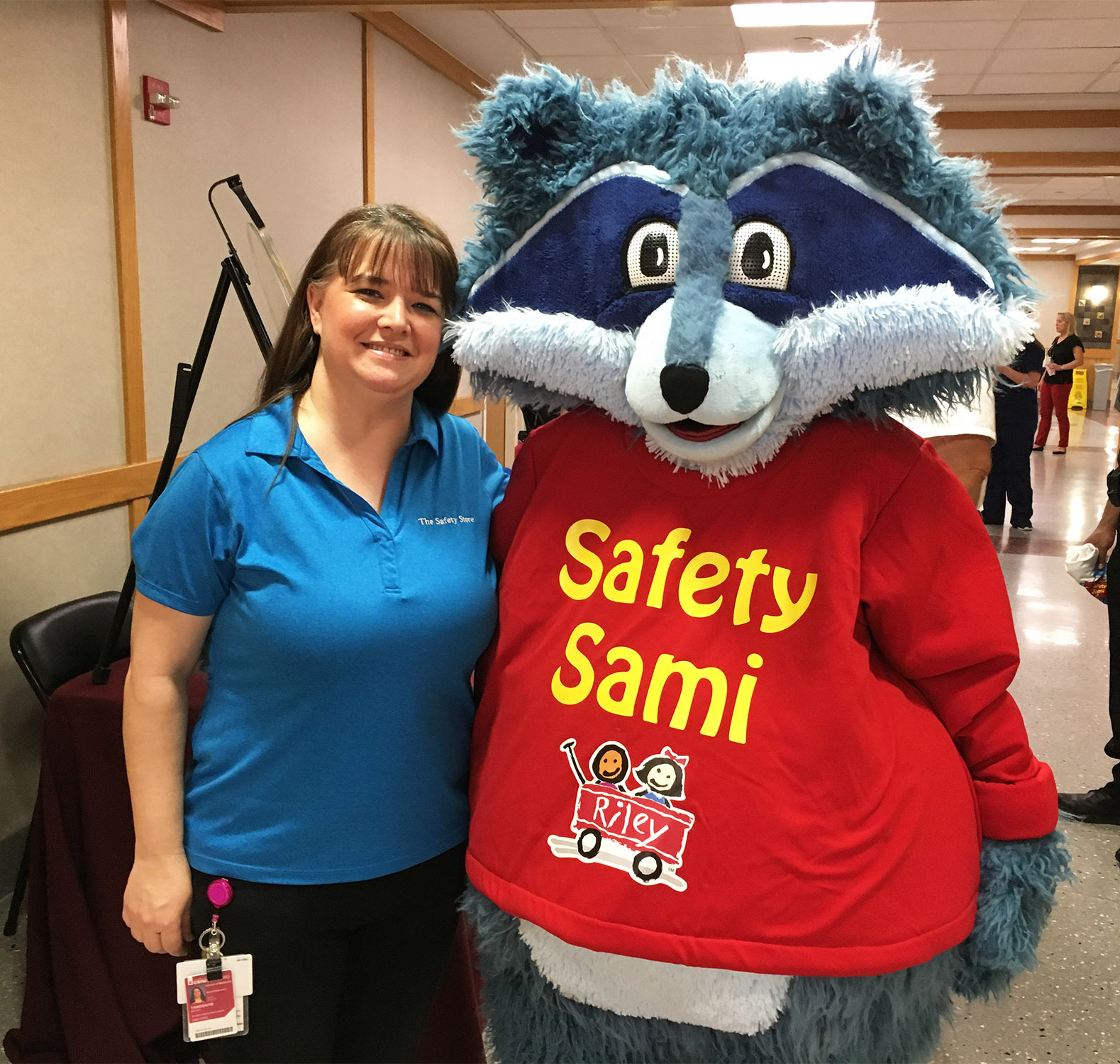 A more serious guy was also wandering about in a trench coat --  McGruff the Crime Dog. He showed up with members of the Marion County Sherriff’s Department, who joined in all the hands-on activities with kids.

“The main purpose is to bring together team members and family and patients to participate in an active, educational event about injury prevention safety tips,” says Darla Cohen, coordinator of family-centered care at Riley.

And, she says, have a blast.

Cohen and Elizabeth Burnett, safety improvement consultant for Riley, helped plan the fair. It happened with the help of just about every department at the hospital – and plenty of people outside Riley, Burnett says.

Among the favorite booths each year, says Burnett, is the Bad Bug Tent. And it didn’t disappoint this year, either. 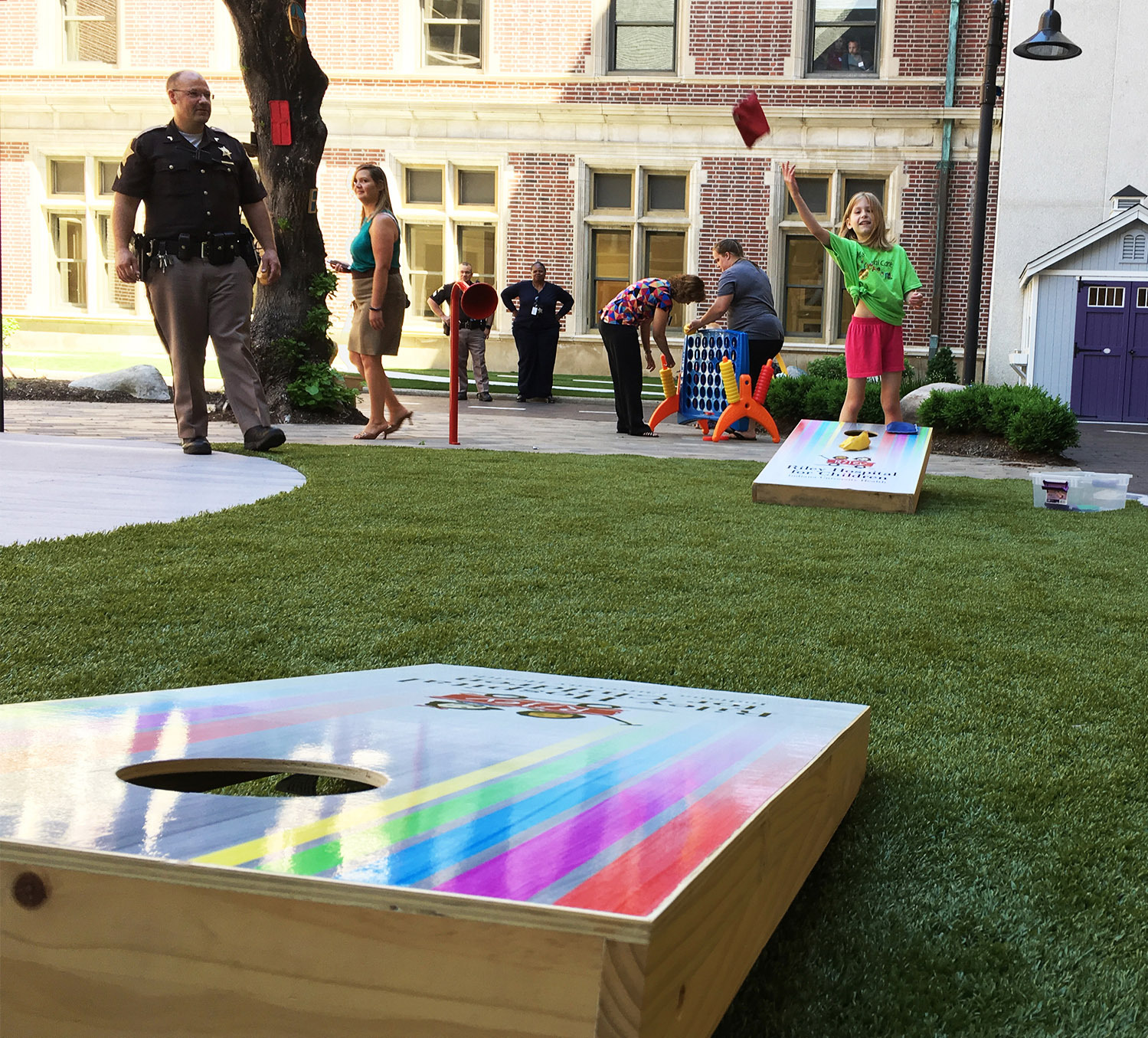 Adam Karcz, Riley’s director of infection prevention led the booth. He shone a light on people’s hands to let them see all the germs, then sent them off the wash their hands.

When they returned that same light revealed how many germs were left. Sometimes, those hands were still filthy.

“People usually do pretty well,” says Karcz. “I think there might be an element of competition.”

Sharon Lauray, who works at Riley, took part and returned with some pretty darn clean hands. Just a few germs still on her fingernails and thumbs.

“We always recommend singing “Happy Birthday To You” twice or going through your ABCs when washing,” Karcz says. “It’s really important to get your fingernails, the back of your hands and your thumbs. The thumb is the most neglected.” 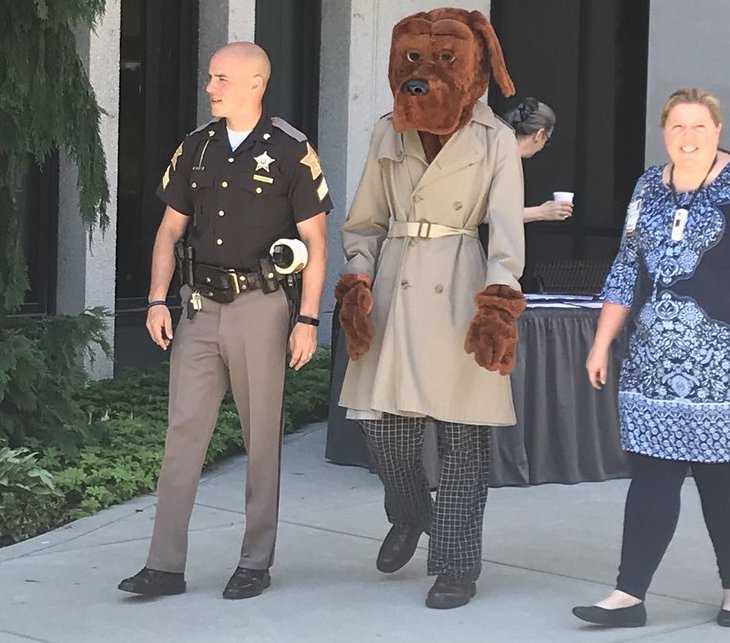 Among the things learned Thursday at Riley’s Safety Fair:

- Fire extinguisher simulator to practice putting out a fire