Something Incredible Happened In 1987 Around A Kitchen Table

Thirty years ago, three Riley veterans crafted a way to ease the anxiety and uncertainty for families of children with special needs. They founded an organization called About Special Kids that now serves more than 2000 families each year.

Chocolate chip cookies were eaten there. Homework was finished there. Ordinary life inside the Olsen house happened there.

But 30 years ago, that kitchen table became something extraordinary. It became the place where four people would gather – Olsen, Linda Hankins, Lann Thompson and Gary Collings -- and spend hours talking.

It became the place where those four people crafted an idea to start an organization – with a few bucks and Olsen’s home phone line – to help families of children with special needs. To give them a place to find resources, support and a friendly ear to listen. To give them hope when everything else seemed hopeless. 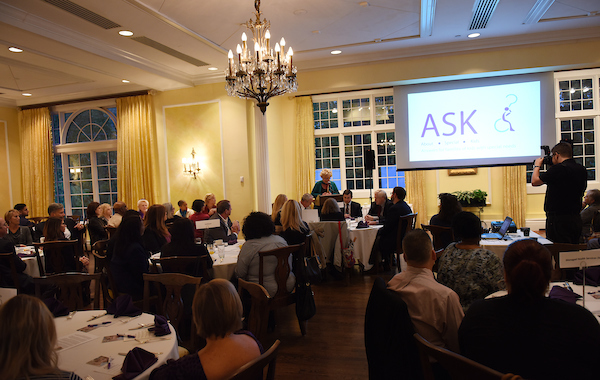 On Thursday, a program was held in Indianapolis to honor those four founders of About Special Kids (ASK) – which started in 1987 as Indiana Parent Information Network.  They were given awards in the shape of a kitchen table.

Each year, ASK reaches more than 2,000 families. Even today, its founders are still at work advocating. Three of them – Olsen, Hankins and Thompson -- are veterans of Riley Hospital for Children at IU Health. The fourth founder, Collings, spent his career in special education and administration.

People on Thursday smiled and applauded and thanked the founders for their devotion.

But at that kitchen table 30 years ago, smiles were hard to come by. After all, the reason those four people were sitting inside Olsen’s home was because something had to change. Something desperately needed to be done.

They all came from their own places, bringing something special and just a little different to that table.

Olsen was the young mother of a son and a daughter with cystic fibrosis in 1987. She had to do something for them, something bigger than her own little world.

“My children have been my inspiration and my teachers,” Olsen says.

Her days were spent giving intensive therapies by hand to her children, making sure their lungs were cleared out. Those were the days before technology had been invented for cystic fibrosis therapy.

Yet, even as Olsen fought for her own children’s care and tried to navigate the financial world of healthcare, she was thinking of other children with special needs. 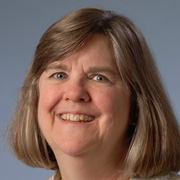 Olsen is, after all, the one who invited her three ASK co-founders into her home to sit at the kitchen table.

Her daughter, Ann Olsen Natalie, was 6 when those meetings happened. “The passion she has for families and kids has no bounds,” says Natalie.

Natalie and her older brother have both lived double the years of their diagnosis; her brother is almost 40. Natalie’s lung function is at 97 percent.

“She taught me my disability did not define me,” Natalie says.

After serving as executive director of ASK from 1987 to 2004, Olsen started at Riley in 2007. She came to the hospital to help establish a center for youth and adults with conditions of childhood. It was a transitional program for patients.

About five years ago, Olsen moved to the neonatal intensive care unit as a financial resource coordinator, where she still works.

Olsen said Thursday she is proud that for 30 years ASK has stuck to its original quest.

“The mission is still the same,” Olsen says. “Helping families help their children.”

David was the reason Hankins sat around that kitchen table in 1987. David was her son, almost 6 years old, who had Down syndrome. 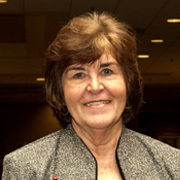 “I was so frustrated as a parent of not being able to get information,” she says. “I wanted a place where families could go where they could find the information they needed to help them survive and to help their children grow and develop.”

Her dream 30 years ago was for ASK to grow into a one-stop shop where families could absorb all they needed, get the answers to every question they might have.

“As I’ve seen this organization grow though the years from the kitchen table up through all the people that have served on the board, all of the staff members we have had, our executive director, even after 30 years (it) is flourishing,” Hankins says. “As your founding mama, so to speak, I couldn’t be more proud.”

After founding ASK, Hankins spent 18 years at Riley, starting as the first parent liaison in the NICU helping to build that program. She went on to work with families in developmental pediatrics and then was associate director of the community education department.

Hankins then transitioned to Riley faculty working with resident physicians. She helped advance the pediatric curriculum to include a rotation working with families with special needs. She retired from Riley in 2006.

“It was a great 18 years. I think we provided a lot of change,” Hankins says. “One question: Why are we sitting here at the tables? We have still got work to do. Thankfully, we have the people to do the work.”

Lann Thompson grew up with a cousin who was deaf from birth. He watched the worry in the family. His cousin didn’t even get a firm diagnosis until age 4.

Thompson saw how his cousin was treated – almost like he wasn’t a child.

“They had no services for children who were deaf,” says Thompson. 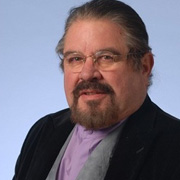 The closest school for the deaf was 494 miles from his cousin’s home. He got lonely there. Thompson went there one day to visit and watched his cousin get punished for using sign language – when he was supposed to be lip reading.

“The genesis of my passion and commitment comes from him,” Thompson says.

Thompson, who worked for 32 years at Riley in child development, as associate director, knew firsthand the needs of families of children with special needs. After founding ASK, he spent the next 28 years serving on its board.

“It’s been very inspirational to see the growth that has happened in the organization. We never had an inkling when we sat around what it would evolve to,” Thompson says. “That has been one of the greatest things of my career to witness and be part of. Here’s to another 30 years.”

Ann Olsen Natalie: “They were courageous and willful in their mission. These founders paved an amazing road before us.”

Holly Cunningham Piggott, secretary of ASK board: “I meet these families and hear stories of loss of hope and desperation. It breaks my heart. The first thing I tell them is you need to call ASK.”

Brandon Scott, who was born with special needs: “When I was first born in 1987 my mom didn’t know where to turn. My mom called Donna (Olsen) and she directed her on a path that gave her a lot more information.”

Monica Pena, whose son was diagnosed with autism at age 3: “I’ve learned how to advocate for my son, how to fight for my son’s rights.”