‘Something changes in me when I walk through that door’

From the first day she walked into Riley Hospital for Children, Ann Hannan knew she was entering a special place.

That was in the year 2000, and the feeling hasn’t changed over the past two decades.

“Something changes in me when I walk through that door,” she said while sitting in the Simon Family Tower lobby on a busy Friday. “I want to be here every day.”

For the past three years, she’s been director of the Riley Cheer Guild and the music therapy program, the latter a program she started nearly 19 years ago. But she would do any job here if it meant coming to Riley every day, she said.

Hannan was recently recognized with a Red Shoes Award for the care and attention she gives to Riley patients, families and staff. The award recognizes outstanding accomplishments and contributions to family-centered care at Riley and was created to perpetuate the memory of Mindie Bailie, a former patient and NICU nurse who passed away in 2001.

Randy Brooker, a guest relations associate at Riley, nominated Hannan after seeing her work with a woman who came in unannounced on Christmas Eve to drop off six wagonloads of toys.

“Ann is such a bright, positive, caring soul and she welcomed the lady and went through her various bags and boxes of gifts,” Brooker wrote in the nomination form. “Ann proves that one person can indeed made a difference in someone’s day. She represents the best Riley has to offer.”

Hannan returns the compliment, saying she’s known Brooker since the day she started at Riley. “He has always been so friendly and kind to everyone. That’s one of the things I really love about being here at Riley is that people take the time to recognize and to notice and to stop and help each other.”

As Riley’s first and only music therapist in its first five years, Hannan said the program has continued to grow, thanks to the generosity of community donors and the success of the eight gift shops in the IU Health system, all managed by the Riley Cheer Guild, which also operates the Toy Room at Riley. Currently, there are three music therapists at Riley and two at IU Health University Hospital.

For 13 of her 16 years as a clinician in music therapy, Hannan worked primarily in the NICU. When presented with the opportunity to take on a management role three years ago, she worried that she would miss the one-on-one interaction with patients. 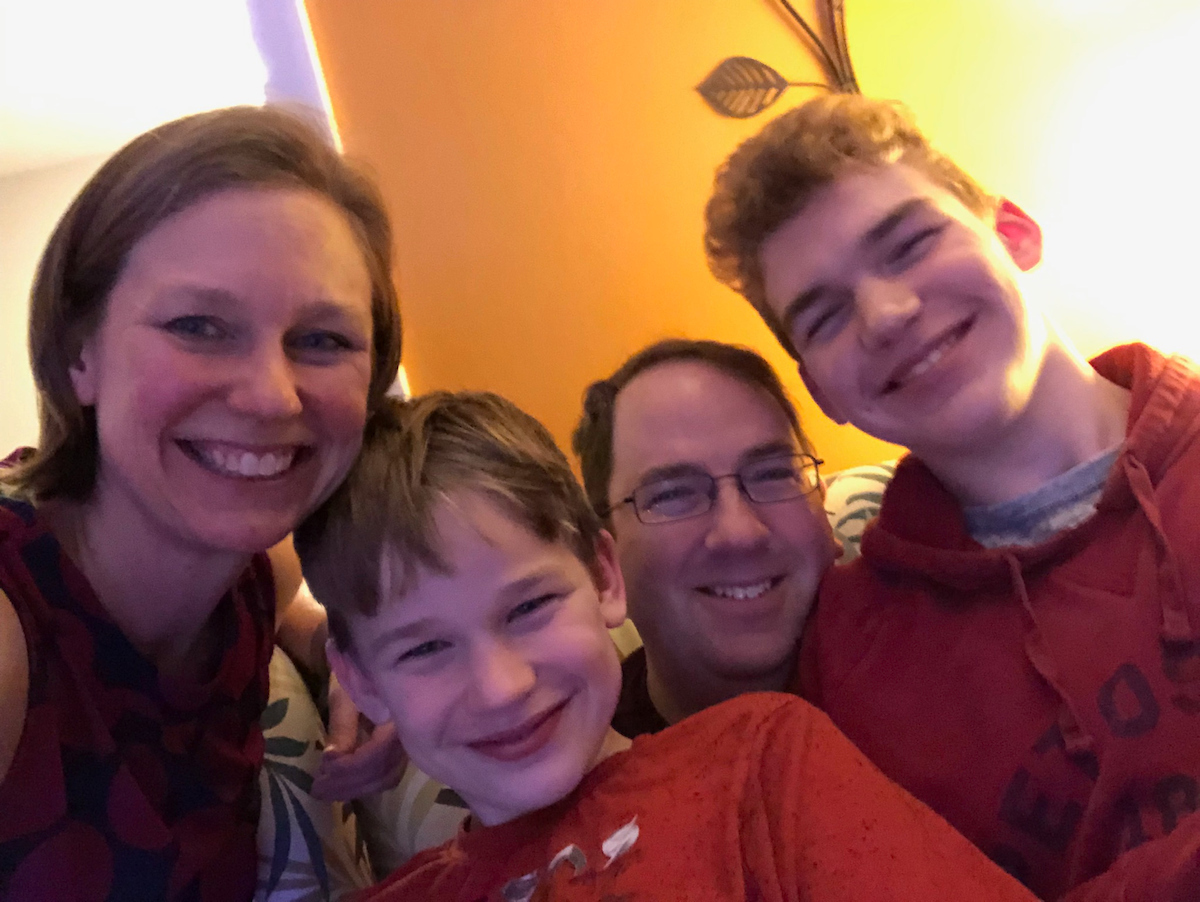 Her husband, Gabe, and older son, Noah, supported her move, but her younger son, Benjamin, a Riley kid himself, had one question: “Mom, I don’t know about this. I want you to be happy like Noah said, but what about all those babies?”

Indeed, what about all those babies? She reassured him that another therapist would be with the babies, and with that, he was satisfied.

And turns out, so was she.

“I have the opportunity to do even more with this job,” she said. “I love getting out into the community and meeting people who are passionate about Riley, passionate about music therapy, passionate about donating toys, whatever it is. I love spending time with them, and I love supporting the clinical music therapists. They have developed the program in the last three years far beyond what I had ever imagined.”

She has legions of fans if the Riley Cheer Guild Facebook page is any indication.

“Her caring personality and vivacious spirit bring sunshine to even the most difficult days. Ann is a living example of grace under pressure.”

“Thank you for being such a light!”

“People who want to make a positive difference in the world do so wherever they go.”