Child life specialist Megan Ali used every tool in her toolkit to prepare her 2-year-old for surgery.

Megan Ali has worked at Riley Hospital for Children for 14 years, but this year was the first time she found herself on the other side of patient care.

The child life specialist became a Riley mom last month when her 2½-year-old son, Emery, underwent surgery to remove his tonsils/adenoids due to obstructive sleep apnea.

“He snored like an old man,” Ali said, calling her son’s sleep pattern “a symphony of snoring.”

A sleep study revealed the need for surgery to open his airway, and that’s when Ali began drawing from her professional experience at Riley to make sure Emery was as prepared as he could be for surgery. 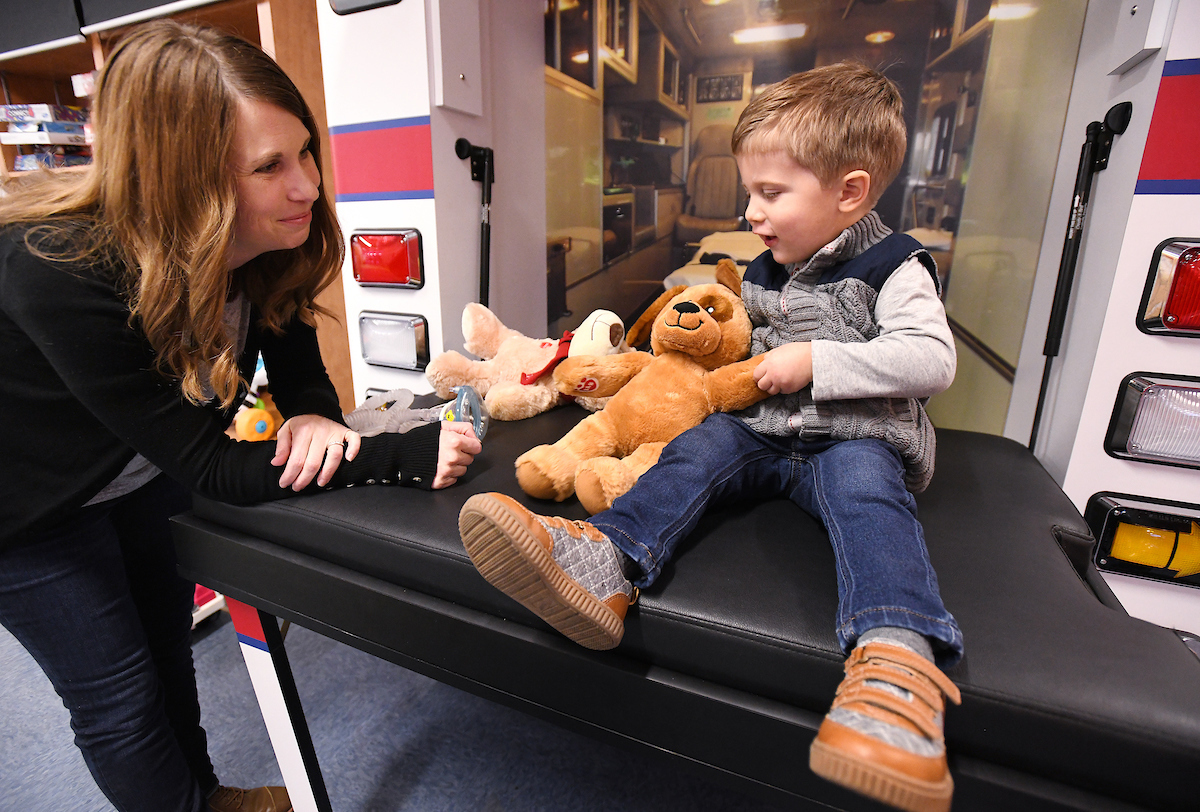 The result: She and her son had such a positive experience that she wanted to share her story as a Riley child life specialist and as a mom. And she wanted to empower other parents to prepare their children for surgery and hospitalization.

“Throughout my years as a child life specialist and now being a parent, it’s the power of preparation and seeing the power of play post-op that really resonated with me,” Ali said. “It’s really validating to me to see what procedural or surgical prep can do for a child, even a child as young as 2½.”

Thanks to the preparation, she said, her son didn’t get upset going back to the operating room, and he was able to hold the anesthesia mask up to his face and take big breaths, as he had practiced.

“We did a lot of mask play at home before, and we talked about how that was his big job – to breathe into the mask. He loves to play doctor at home anyway,” she said.

Emery also watched the Riley surgery prep video multiple times before and even after surgery. Ali credits PPCU child life specialist Beth Strange and anesthesiologist Dr. Tanna Boyer for their collaboration in the OR, helping Emery be an active participant in his care.

The surgery prep video is a good resource for parents and children who need surgery, Ali said. Even at 2½, Emery benefited from watching it and seeing the operating room, the scrubs, masks and hats the staff wear, as well as hearing about the IV hookup and falling asleep.

“I introduced it the day before his surgery,” she said, and then he would request it on his own – “doctor video, doctor video,” he would say to his mom. 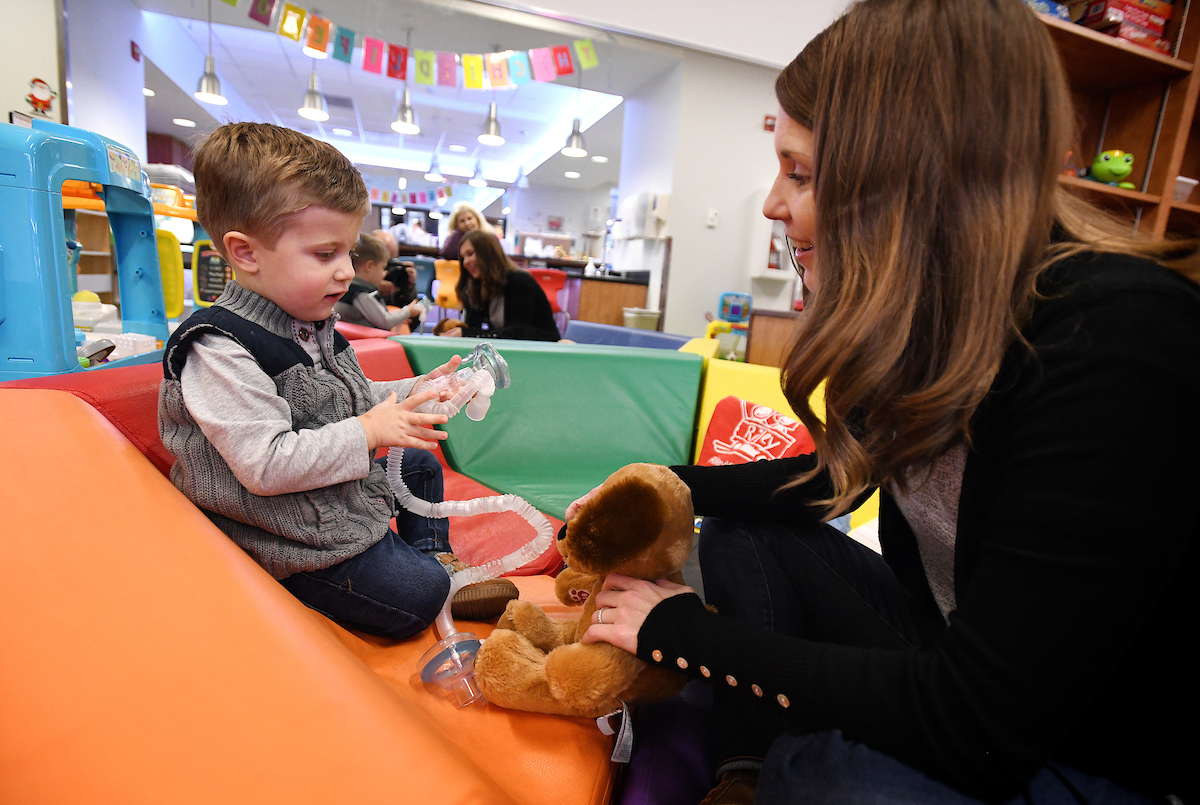 “You could just tell his little brain was kind of spinning. He recognized seeing the mask in the video so he would go get his mask. It was a good way to familiarize him with the environment because we know the OR can be pretty scary with the big lights and staff in masks.”

Seeing the video through the mom lens was also helpful, she said.

“I encounter a lot of parents who are really nervous to talk to their kids about surgery or procedures because they think they’ll get a lot more anxious. I really want to teach kids to trust in health care, trust in their doctors and nurses and see them as people who are really taking care of them even when they have to do hard things. And that really starts with parents, empowering them to have that conversation. It’s important for kids to understand why they have to go to the hospital.”

Not that Ali and her husband, Omar, weren’t nervous for their child’s surgery, but they did their best not to transfer that anxiety onto him.

“My husband and I knew even if we were feeling nervous we had to stay really positive for him.”

The couple read a doctor book almost every night at bedtime at Emery’s request. The night before surgery, he was telling his parents that doctors and nurses are his friends.

The other important message Ali wants to share is that kids learn through play. It’s how they explore their world and their surroundings, so having a playroom on the unit was so important for Emery, she said.

His surgery, performed by Dr. Bruce Matt, was at 9 a.m., and he was in the playroom by 4:30 p.m. He would spend one night in the hospital, on 9 West, where Ali previously worked. Now she primarily works in the urology outpatient clinic.

“As soon as he entered the playroom, you could see the change in him. He was distracted from pain, and he was more motivated to eat and drink, which was what he needed to do to go home.”

All in all, the experience was humbling but also rewarding, Ali said.

“I really wanted to be mom that day and not worry about my role as a child life specialist, but anytime you can relate more to patients and families, I think it will help me serve them better.”