She Went From Paramedic In U.S. Air Force To Riley’s Surgical Leader

Shara Eloms is a nurse by trade and she has always been a woman to put others’ needs first.

It’s the little things some people might overlook -- the tiny things that are actually huge things to parents.

She notices that, often, moms of children going into surgery aren’t prepared for their own tears. Usually, they don’t have a tissue on hand.

Eloms has learned to look for the tears and have a tissue always ready. She has learned to take parents by the arm and walk them down the hall, to just listen to them, to offer a kind word.

“Here at Riley, it is solely about the care of the child, doing what is best for the child and the family,” says Eloms, administrative and clinical director of perioperative services at Riley Hospital for Children at IU Health. “You pick up on if they are worried about the outcome of the surgery or worried about being apart from their child.”

It all can be overwhelming. Eloms gets that. She tells them it’s OK to pray. Or to cry. Or to just not say a word.

After all, Eloms is a nurse by trade and she has always been a woman to put others’ needs first.

She grew up in Fort Wayne, Ind., a successful young woman, who earned a partial scholarship to Indiana University. In college in Bloomington, Eloms was torn between two career paths -- respiratory therapy and nursing. 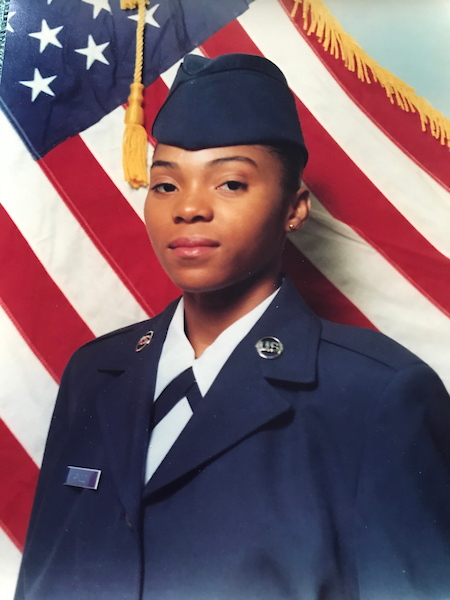 After two years at IU, to help with expenses, Eloms joined the United States Air Force.

She spent four years on active duty at Andrews Air Force Base, taking a job as a paramedic. But rather than work in the emergency department or go on runs, Eloms worked in med surgery.

“That was probably the best thing that happened,” says Eloms, a married mother of two. “It gave me the opportunity to see what the respiratory therapists did on a day to day basis.”

And she realized that career was not for her. She realized nursing was.

After her military duty, Eloms moved back to Fort Wayne and finished her nursing degree. She started dating Joey Eloms, a former IU football standout who had played cornerback in the NFL for the Seattle Seahawks.

After the couple married, they moved to Michigan in 2001, where Joey Eloms had a job offer. There, Eloms got her BSN and MSN at the University of Detroit.

Eloms then worked as a nurse at Detroit Medical Center in the OR, getting experience in all service lines. At the time, a robot was being introduced to assist in surgery and Eloms was trained on that.

After having her second child, Eloms decided she wanted to develop her leadership skills. She worked in management at a long-term care facility.

But, she soon began to miss the OR. At that time, Detroit Medical Center was in need of someone to help start the robotic program at Sinai-Grace Hospital

Eloms took the post in 2010 and also was the manager of the OR. She became familiar with the financial component of the medical world and cultivated her leadership skills. She served as interim director for 18 weeks. 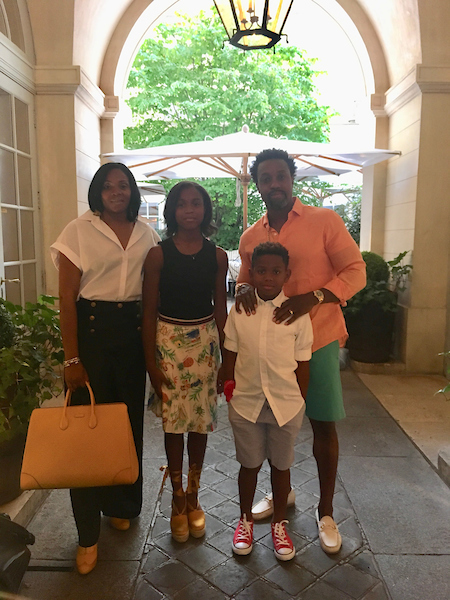 When her husband’s job moved the family to Indianapolis, Eloms spent some time at home caring for the kids.

But in April of 2016, she was ready to get back to work. She took the job at Riley, overseeing all things surgery, including the sterile processing department. She later was also put in charge of radiology, interventional radiology and MRI nurses.

“The kids are absolutely amazing,” she says.

Personal: She and her husband, Joey, have a 14-year-old daughter, Kennedy, and a 10-year-old son, Carter.

Outside of Riley: The Eloms’ schedule involves plenty of activities, including volleyball for Kennedy and baseball for Carter. They are also involved in Eastern Star Church in Fishers and love to travel together.

Her love of Riley: “With Riley, there is such a commitment. It’s a dedication and it’s not just the physicians. It’s the nurses, it’s our folks in environmental services, dietary, X-ray. Everyone is so committed.”