She said yes: Riley doc gets engaged on the Yard of Bricks

Dr. Tara Harris’ heart is still racing after accepting the marriage proposal from attorney Edward Holloran III during Rev party at the Speedway.

Dr. Tara Harris is still a little speechless. Her heart is still racing. The Riley Hospital for Children physician got engaged on the Yard of Bricks at the Indianapolis Motor Speedway over the weekend during one of the biggest parties in May.

Her fiance, Edward Holloran III, dropped down on one knee in the midst of the festivities Saturday night and proposed to the unsuspecting Harris as friends and family looked on.

Not that the two had never talked about marriage. “We knew we wanted to be together.” But still, the proposal took her breath away. 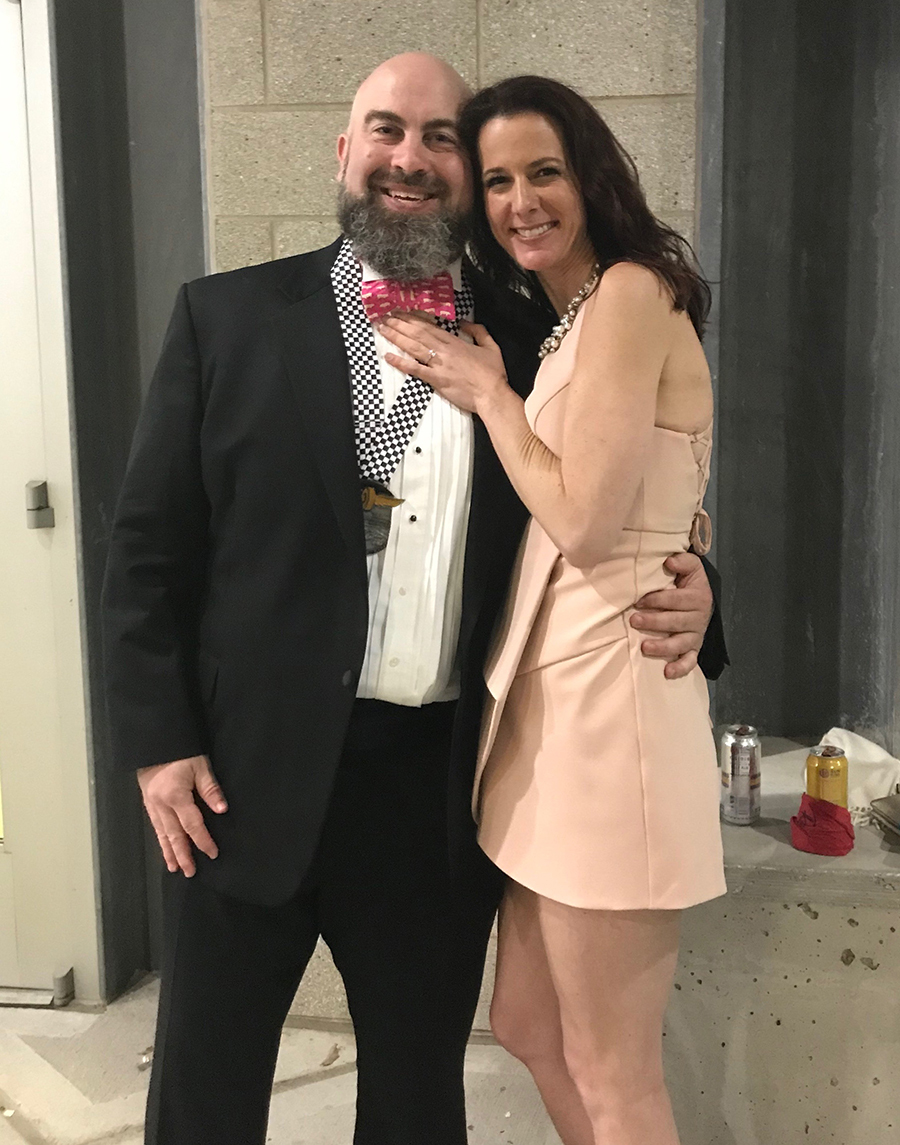 It was already going to be a busy weekend – 500 Festival Mini Marathon, visiting family, a First Communion and the glitzy Rev party at the Speedway – a fundraiser that supports the IU Health Foundation statewide trauma and critical care programs, including the IU Health Emergency Medical Center located at the Speedway.

Harris is medical director of the Pediatric Center of Hope at Riley, which serves children who’ve been sexually abused. Outside of work, she rescues abused and abandoned animals.

On Saturday morning, she and Holloran ran the Mini in the cold rain, crossing the finish line together, then visited with family who were in town for the weekend. After a little rest, they swapped their running clothes for evening attire and headed for the Speedway party.

A crowd of family and friends went with them, including former Indiana Pacer Scot Pollard and his wife, Dawn, good friends of the couple.

“Rev’s really fun, so I just thought everybody wanted to go to Rev,” Harris laughed.

After they arrived, Holloran told her they were going to take a group photo on the Yard of Bricks at the track.

“Again, that didn’t strike me as weird; that would be a great picture,” she said. So, she and Holloran headed out to the bricks, but when she turned around, she saw everybody else was standing back looking at them.

As Holloran began to talk, Harris realized what was happening. “He got down on his knee, and I was absolutely blown away.” 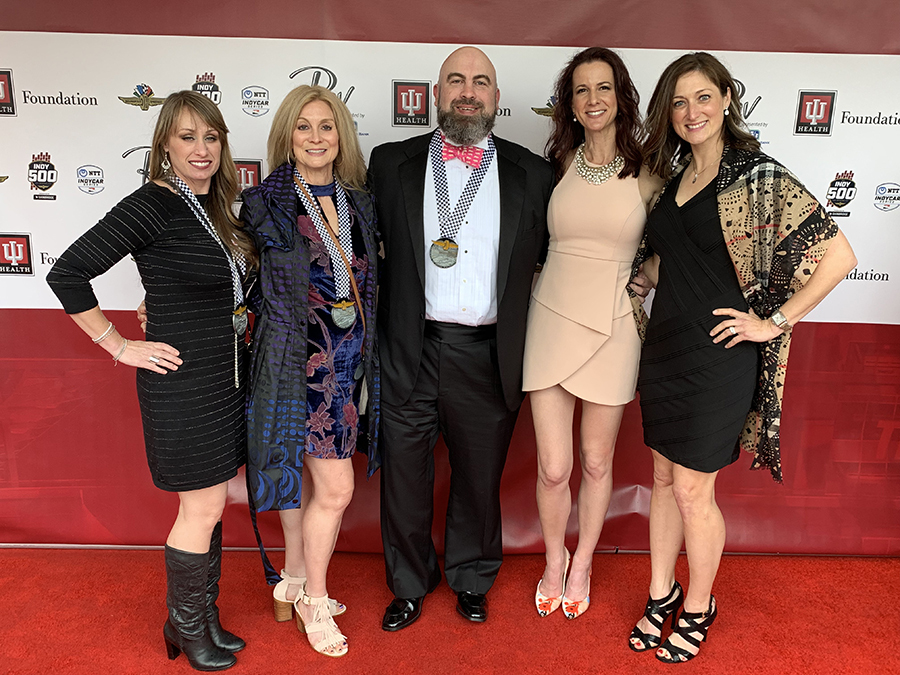 Holloran, an attorney who grew up in Speedway and is a big Indy 500 race fan, put a diamond ring on her finger. But not just any diamond. It’s oval-shaped – a nod to the track where they stood.

“It was so special to be there – it was really kind of magical,” she said.

There were so many people gathered around by that time, even people the couple didn’t know were congratulating them. “I think I giggled the whole night,” Harris said.

The biggest surprise, she said, was that Holloran’s two sons, ages 7 and 8, were in on the big secret and didn’t spill the beans.

“I was so impressed that they kept the secret,” she said. “I find that kind of amazing. They had these little excited looks on their faces when we left for Rev, but I figured it was because their dad and I were dressed up. I’m usually in comfy yoga pants and a T-shirt, not a dress.”

After the whirlwind weekend, the couple will take some time to decide when and where they will be married, but they’ll never forget that magical night at the track.