We are currently experiencing technical issues that may cause call quality problems. We will have the systems available as soon as possible and appreciate your patience. If you are experiencing a medical emergency, please call 911. If you need to schedule an appointment, you may still do so here on rileychildrens.org. If you're a current patient, you may also schedule appointments via myiuhealth.org.

She read her daughter’s journals, then published them after her death

Mallory Smith was smart, beautiful, accomplished and kind. She also had cystic fibrosis. Diane Shader Smith came to Riley to share her daughter’s insights into CF and to present, in the young woman’s words, “Salt in My Soul: An Unfinished Life.”

Diane Shader Smith remembers the moment she heard the news. It was 1995, and she was with her husband, Mark, at a party in Los Angeles. There was a call from Cedars-Sinai Medical Center telling her that their 3-year-old daughter had cystic fibrosis.

She recalls dropping the phone and wailing in grief and disbelief.

For Laura Spiegel, the emotional shock was no less real. She and her husband, Jon, found out their daughter, Emily, had CF when Emily was just 5 weeks old. The diagnosis in 2013 was “completely unexpected,” the Fishers mom said.

Cystic fibrosis is a progressive, genetic disease that causes persistent lung infections and limits the ability to breathe over time. Life expectancy for someone with CF just a few decades ago was under 20 years, with many children not making it to adulthood. Now the median survival rate in the U.S. is 37 years. But new treatments are promising.

These two women’s paths haven’t crossed, but both have been deeply involved in the CF community. Spiegel serves on the Riley CF Center Family Advisory Board and chairs the Pediatric Patient and Family Advisory Council at Riley. Her daughter, who turns 6 next month, plays soccer, swims and loves chasing after her older brother. She’ll be a first-grader in the fall.

Smith, a publicist and writer who lives in LA, was in Indianapolis last week speaking at Riley Hospital for Children about her daughter, Mallory, and the book she crafted out of Mallory’s journal writings: “Salt in My Soul – An Unfinished Life.” 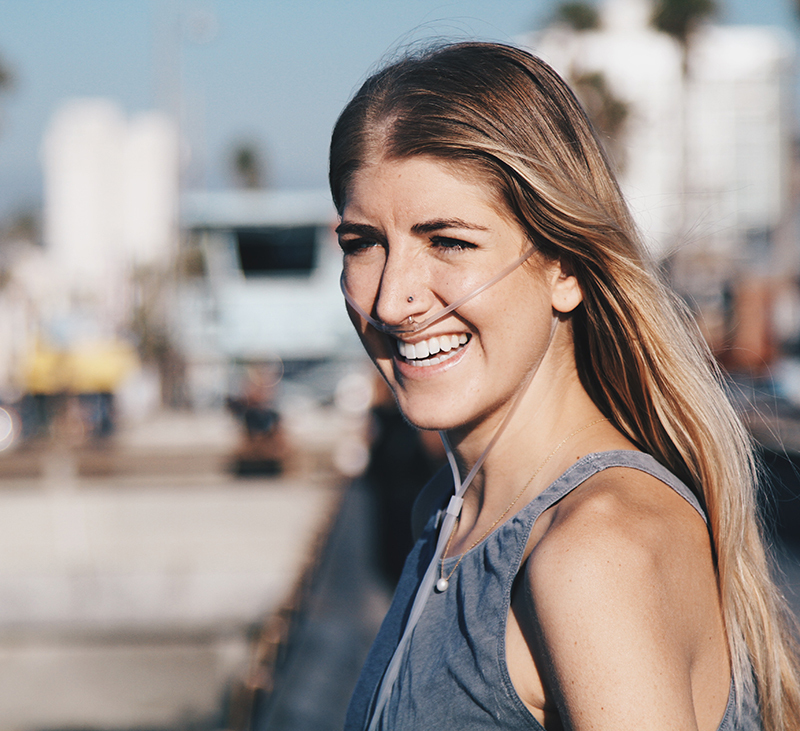 Mallory Smith, a three-sport varsity athlete at Beverly Hills High School, prom queen, surfer, writer and California girl through and through, graduated Phi Beta Kappa from Stanford University. She was also a fierce advocate for those suffering from CF.

As the book’s title suggests, Mallory’s life ended too soon. She died at age 25 in November 2017, two months after receiving a lung transplant.

But it was how she lived and how much she can still teach the CF community that her mother wants people to know.

“I feel like people with CF are privy to secrets it takes most other people a lifetime to understand,” Mallory says in a video recorded before her death and played at the Riley Pediatric Grand Rounds session May 29. “How lucky we are to be alive, how we should be appreciative of anything that’s in our control. That we can leave behind a legacy …”

Her legacy can be found in the pages of her book, lovingly compiled by her mom from the diaries she kept from age 15 to just before her death. Mallory was determined to “live happy,” and for the most part, she did, despite the medical challenges that kept her hospitalized for weeks and months at a time.

At age 12, she asked her parents the most heartbreaking question: “Am I going to die?”

“We made the decision to be honest but optimistic and pragmatic but hopeful,” her mom told the group of healthcare providers gathered for the talk. Smith pledged that day that the family would not wallow in sadness. There was to be no pity party. Like her daughter, she said, “My goal is to find the joy in every day.” 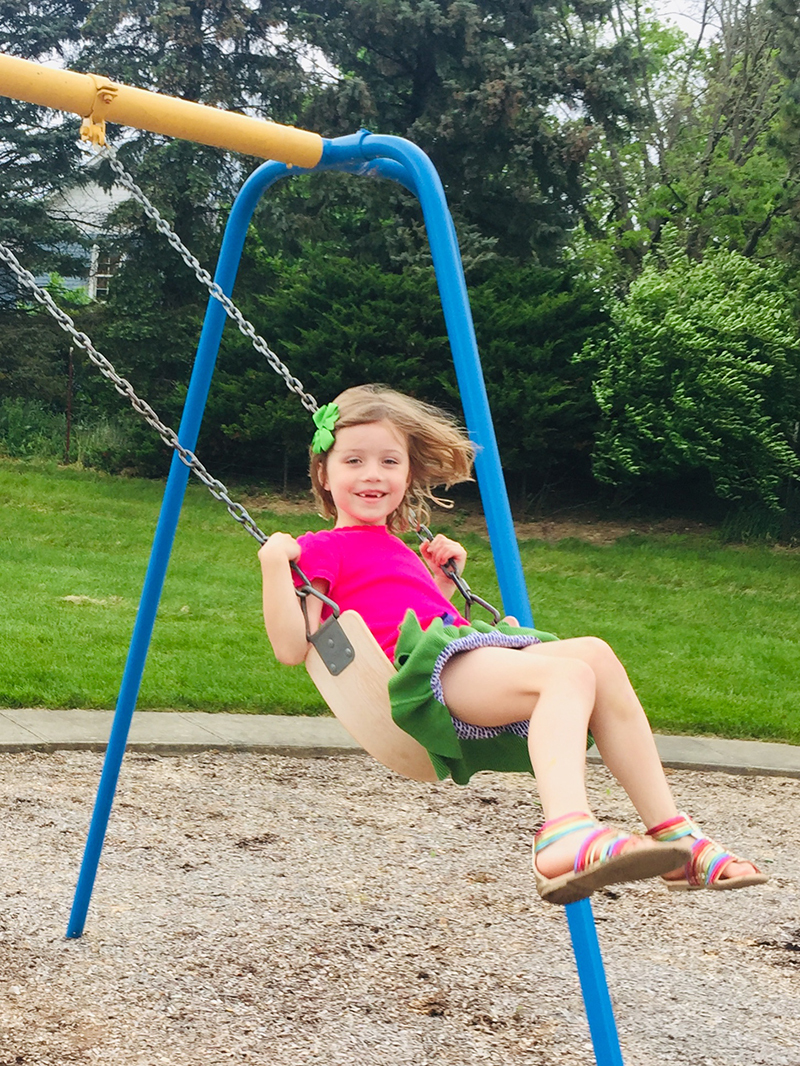 “She really does not let this stop her,” Laura Spiegel said of her daughter. The message she instills in Emily is: “This is a part of who you are, and it’s important, but it’s not only who you are.”

With any kind of a chronic diagnosis, especially one that comes out of the blue, there’s a lot that parents go through, she said.

“But one of the things I’ve always appreciated about Riley and the team that we work with in the CF care center is they have from the very beginning really acknowledged and helped address the emotional sides of managing chronic illness in addition to the clinical.”

They’ve been fortunate that so far they have avoided any in-patient hospitalization for Emily, allowing them to focus on doing what they can from a self-care perspective and balancing that with her living “a very full, normal life.”

But from families she has met through her involvement in Riley boards, she can appreciate the frustrations they sometimes have during the hospital experience, whether it’s the isolation they feel due to infection protocols, interruptions to their child’s sleep or delays in going home.

Dr. Don Sanders, associate director of Riley’s CF Center, the eighth largest in the nation, said the hospital has made gains in improving communication between team members and families, in hopes of alleviating some of their concerns. But still, there’s more that can be done.

That’s why on 8 West, which houses most of the pulmonary patients, there is now a patient navigator who rounds with the care team each morning and works hard to keep families in the loop throughout their stay. It’s made a big difference, he said.

“If a family feels like they don’t understand something or they didn’t get a chance to ask a question, the patient navigator helps us with that. They put together a schedule for the day so (families) know when things are going to happen.”

Traci Dayhoff, a longtime nurse in the unit, moved into the navigator role last year. The biggest challenge she saw was inconsistent communication between the outpatient primary provider and the in-patient team. Also, because IU Health is a teaching hospital, there are new interns and residents every month and different staff physicians sometimes on weekends.

Getting everyone on board for a treatment plan is key so that patients and families aren’t surprised by sudden changes in course or length of stay. Now, goals are outlined at the beginning and progress is noted on a white board in the patient’s room. It’s a constant visual reminder of goals that need to be met before a patient is discharged.

“The focus is on making sure we’re all on the same page earlier in the mission so we all know where we are in relation to our goals,” Dr. Sanders said. 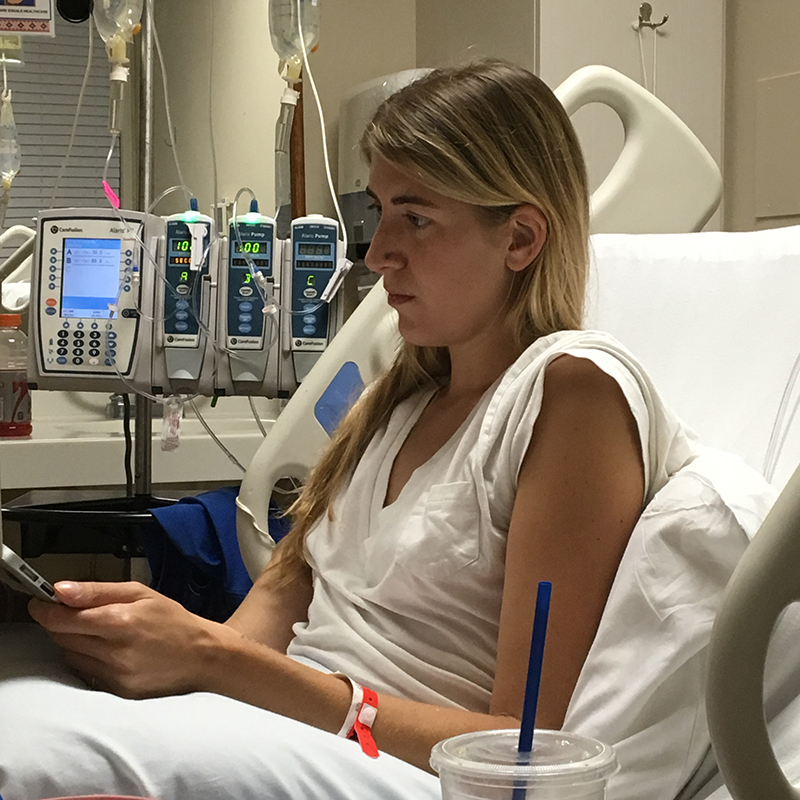 Smith, who met with small groups of Riley nurses after her presentation, said she was often not popular with her daughter’s healthcare team because she sometimes went to great lengths to protect Mallory’s sleep during her frequent hospitalizations at UCLA and Stanford University medical centers, including blocking the door in the morning.

“It was my job to protect her. And sleep was an important part of her treatment.”

Parents play a critical role in treating a child with a chronic illness, she said, and she doesn’t apologize for her advocacy. If anything, Smith harbors “deep regrets” for not pushing hard enough on behalf of her daughter.

Dayhoff understands that vigilance on the part of parents, though the idea of blocking a patient’s door is exceptionally alarming. “It’s a hospital, not a hotel,” she said. While hospital policies dictate a certain level of disruptions, the CF team works to minimize them with better planning and communication, she said.

Smith’s visit to Riley was her 56th stop on a tour of 70-plus hospitals, tech companies, schools – anyplace that would have her. She is a publicist by profession, but this is purely a labor of love, she said. It’s her chance to ensure that her daughter’s voice is heard.

She is selling copies of “Salt in My Soul” (Penguin Random House, 2019) at each stop. At Riley, 20% of book sales are being donated to the Riley Children’s Foundation, with Smith matching the 20% personally. The book sells for $20. Copies are available by contacting Riley palliative care social worker Caitlin Scanlon at Cscanlon1@iuhealth.org. 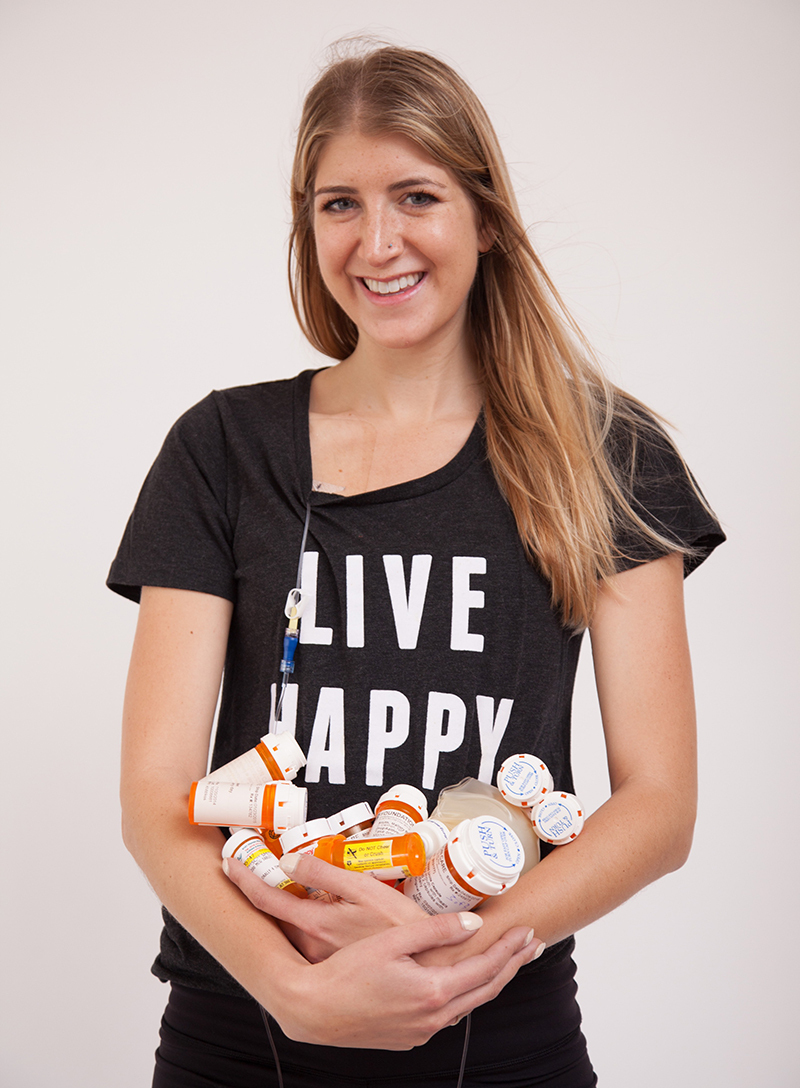 Any remaining proceeds will go to research into phage therapy, which uses bacterial viruses (phages) to treat bacterial infections. Mallory received the experimental therapy not long after her transplant, to kill an antibiotic-resistant superbug called B cepacia that threatened to overtake her new lungs. She died before the treatment could do its job.

Dr. Sanders said phage therapy is a long way from being considered standard of care. “It’s hard to say that’s going to be the next big thing,” he said. There are, however, what look to be “amazing” drugs in the pipeline, perhaps available as soon as next year.

What would Mallory say about all this? She would be blown away, her mom believes, especially by how well-received the book has been. The Los Angeles Times, The New York Times and the Hollywood Reporter are just a few of the news organizations that have given it glowing reviews. A documentary on Mallory’s life is in the works.

“I have a strong urge to write something that will change people,” Mallory writes in the book. “I want to create a piece so moving that people are in disbelief. And I want it to be like handing people a pair of glasses, giving them a way of seeing something they didn’t even realize they weren’t seeing.”

Smith believes her daughter has done just that. While she was at Riley, she visited 8 West and met with nurses. A young man on the floor – a patient – asked to meet her, she said.

While his was not a finished product, she said, writing is therapeutic for CF patients. “They’re so sick and they’re just trying to make some meaning out of their lives.”