Cori Winer is a Riley kid and a mom herself. The 22-year-old has been at Riley for 104 days as she recovers from a second stem-cell transplant, infections and kidney failure.

When Cori Winer woke up from a two-week-long coma while on a ventilator, she was understandably confused.

For one thing, who was this young nurse at her bedside, and why was she talking to her like they were old friends?

Well, in Kelsi Lawless’ mind, they were best buddies.

“She is a walking angel on Earth,” PICU nurse Lawless said about Cori. “She has a spunky personality too. She’s one of those patients you’ll never forget.”

Turns out Lawless was Cori’s nurse when she was sedated and on the ventilator at Riley Hospital for Children.

“Kelsi took care of me then, and when I finally woke up, she acted like she knew me,” Cori laughed. “I was like, ‘who is this girl.’ But she told me she had taken care of me ever since I came down to the PICU. We just hit it off after that.”

Cori, who was diagnosed with aplastic anemia several years ago, eventually transferred out of the PICU to the fifth floor, where she is recovering from multiple infections, a stem-cell transplant and failing kidneys.

When she arrived at Riley that summer night three months ago, she figured she’d be there just for the night.

“I’ve been here ever since,” the Anderson resident said.

That’s right, Cori is a Riley kid and a mom herself. Her son, Lawrence, is 2½, and she is missing him something fierce. He was last able to visit on Halloween, and the two played together in the fifth-floor playroom.

What’s it like being a grownup in a kids’ hospital? Cori thinks about that for a minute.

Cori is 22 and has been coming to Riley for treatment since she was a young teenager. But this year has been the toughest. This is her second lengthy stay at Riley; the first one stretched for nearly two months after she had her first stem-cell transplant.

Cori has had them all. In fact, she is now on her second stem-cell transplant, thanks to a second unrelated donor. Her first transplant was May 12 of this year. Her second was Sept. 25.

Lindsay Terry has been one of Cori’s primary nurses on the stem cell unit during both stays this year. The two share a similar sense of humor and a stubborn streak.

“It’s been a very long time since we’ve had a mom as a patient on the unit, definitely not to the extent of her sickness and the time in the hospital away from her child that she’s had to endure,” Terry said. “She’s really seen a lot of the hospital and not a lot of her family.”

When Cori came into Riley with an elevated temperature and an infection July 31, her care team, which includes hematologist-oncologist Dr. Kent Robertson, worried that her graft might have failed, and that is what tests determined.

“We couldn’t let her go because it would have meant sending her home without an immune system at all,” Terry said. “Dr. Robertson deserves all the kudos for working so hard to save her.”

But she almost didn’t make it for her second transplant. The stem-cell transplant team had to secure a second donor for her while she was in the PICU on a ventilator.

Terry came in on her day off to administer that second transplant for Cori in September.

“She has just persevered through everything, and the fact that she is walking and talking and eating and drinking and still smiling is just nothing short of amazing,” Terry said. “I just love that kid. She could be depressed in a hole right now … but she wants to make it home for her child.”

Before she goes home, a new challenge awaits the young mom. Dialysis.

Cori’s kidneys have failed and she must learn to dialyze herself at home. Riley dialysis nurse Suzie Hedrick has been working with Cori to teach her how to manage her care when she goes home.

Cori said the training is going well, but she is not thrilled with the fluid restrictions doctors have put her on.

“When we tell her she can’t have something, she’s not a fan, but I tell her we have to protect those little (kidney) beans,” Terry said. “We’ve got to get them working again.”

When she goes home, possibly next week, Cori will have help from her aunt and boyfriend until she is stronger. She is already looking forward to the day when she can start her journey toward being a nurse herself.

“After I get done being sick, I want to start school so I can become a nurse,” she said. “That’s what I’ve always wanted to do.”

And Riley is where she wants to be – not as a patient but as a nurse.

“That would be so cool,” Terry said, “if you come back and work with me.”

Even now, Cori said, it’s hard to be in the hospital and hear the babies cry.

“I hear them and I can’t do anything about it. I want to help.” 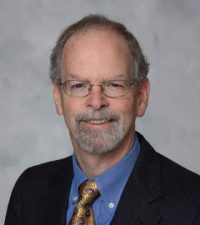