Abby Tarbutton calls herself a “lifer.” For her, that means she’s never leaving Riley Hospital for Children.

That’s good news for her patients on the pediatric intensive care unit, where she has worked the night shift for nearly four years.

“I’ve wanted to be a nurse for as long as I can remember,” the 27-year-old said. “The pediatric part was never a question, but I didn’t know I’d be in critical care until I actually went through nursing school.”

When she grasped the intensity of the skills she was learning and realized she could use those skills on a daily basis to treat patients, she was sold. That kind of responsibility was enticing to her.

“I feel honored to work here.”

She has had a connection with Riley Hospital since she was a little girl. Her sister was a Riley kid as a baby, and Tarbutton herself became a Riley patient as a teen. In college at Indiana University Bloomington, she was active in Riley’s Dance Marathon and served on a Riley committee that connected her team with Riley families to support.

When she came to work on the PICU at Riley, Tarbutton said one of the highlights was getting to meet and work with Dr. Frederick Rescorla, the same pediatric surgeon she believes saved her sister’s life.

“I got the opportunity to pull him aside one day and tell him what he did for our family,” she said. “He wanted to see pictures, and he remembered her name and her scans, so it was a pretty amazing thing.”

As she told the surgeon what he meant to her family, Tarbutton said his smile told her what her comments meant to him.

“He is such a kind, kind man. It was just nice to share with him how much of an impact he had,” she said. “I’ve heard his name my whole life, and now to work beside him with our surgery patients is just something you can’t explain in words.”

Not everyone is cut out to be a care provider on the PICU, Tarbutton said, because unfortunately, death is no stranger to the floor.

“It’s definitely something you need to have a passion and a calling for,” she said.

She knows that she and her colleagues are seeing patients and families at the worst point in their lives, but that opens the door for miracles in her mind. 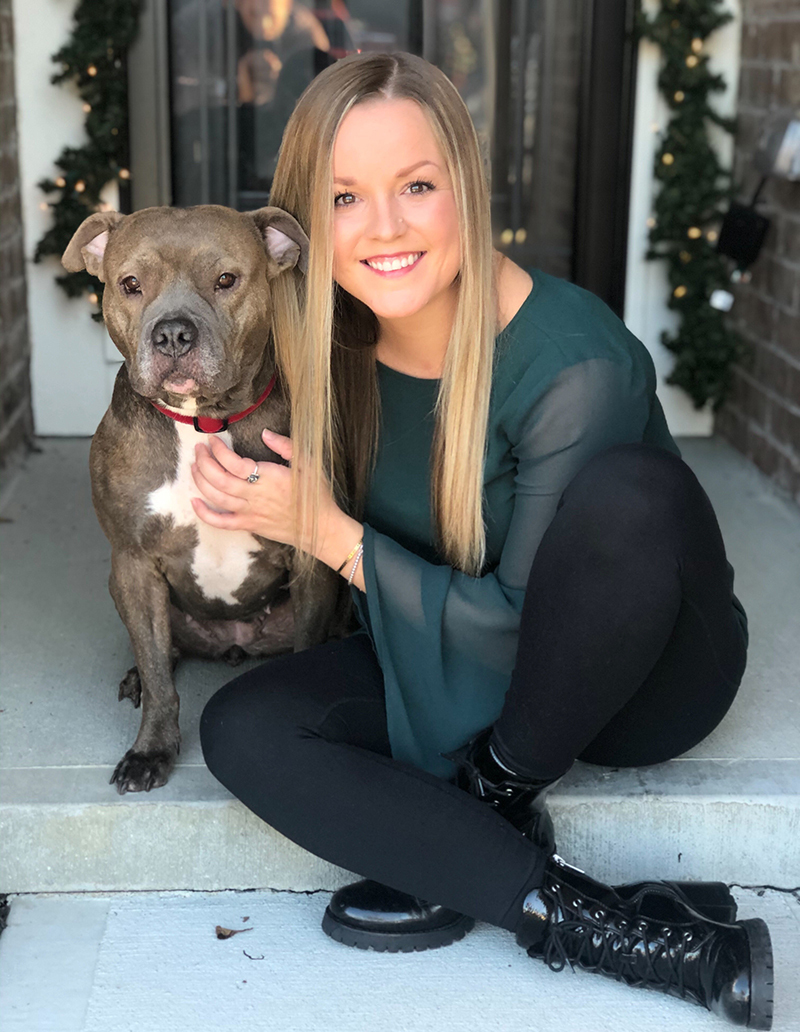 “We see the worst of the worst get better. It’s like the miracles keep coming back,” she said.

Sometimes death itself brings a level of peace. Families remember the kindnesses shown to them and reach out with cards and letters.

“We get notes all the time. It’s pretty amazing even in the saddest moments that families remember your name and what you did and the things you said.”

Tarbutton, who lives in Fishers with her roommate (also a Riley nurse) and her rescue dog Bella, received a Daisy Award in 2018 for outstanding nursing. She remembers it as “probably the best day of my whole career.”

She can look at the “Healing Hands” sculpture she received on that day and remind herself that she’s doing what she’s called to do. That’s important when she is carrying the weight of her patients with her, even off the job.

“It’s nearly impossible to explain the emotions and the feelings and the mentality you go through when you lose a patient or when a patient is very sick,” she said. “None of us can ever get it off our minds.”

Talking to her co-workers is how she gets through those times of loss.

“I had to grow into that acceptance. It’s not that you get used to it, you learn how to function in that environment from a medical standpoint and you deal with the emotions later. When you get in your car, that’s when you can let it out.”