She Fought Back From A Near-Fatal Infection

Alayna Stroup, 17, was a medical mystery. How did she go from swimming in her high school sectional just weeks before to a hospital bed, hanging on to life?

It was a nightmare, says Sarah Stroup. There is no other way to describe what she walked into on that February morning.

Her beautiful, vibrant daughter Alayna was sprawled out on the bedroom floor – nearly lifeless.

Doctors had been telling Sarah that her daughter’s aching chest, the fatigue and lethargy was likely the flu.

But on this morning, when Sarah took Alayna’s temperature, it registered at 106.

“That’s when I knew right then something was terribly wrong,” says Sarah. “It was awful.”

She rushed Alayna, 17, to the ER where doctors drained two liters of fluid from her chest. Alayna was then transferred to another local hospital where doctors discovered her GI tract was shutting down. 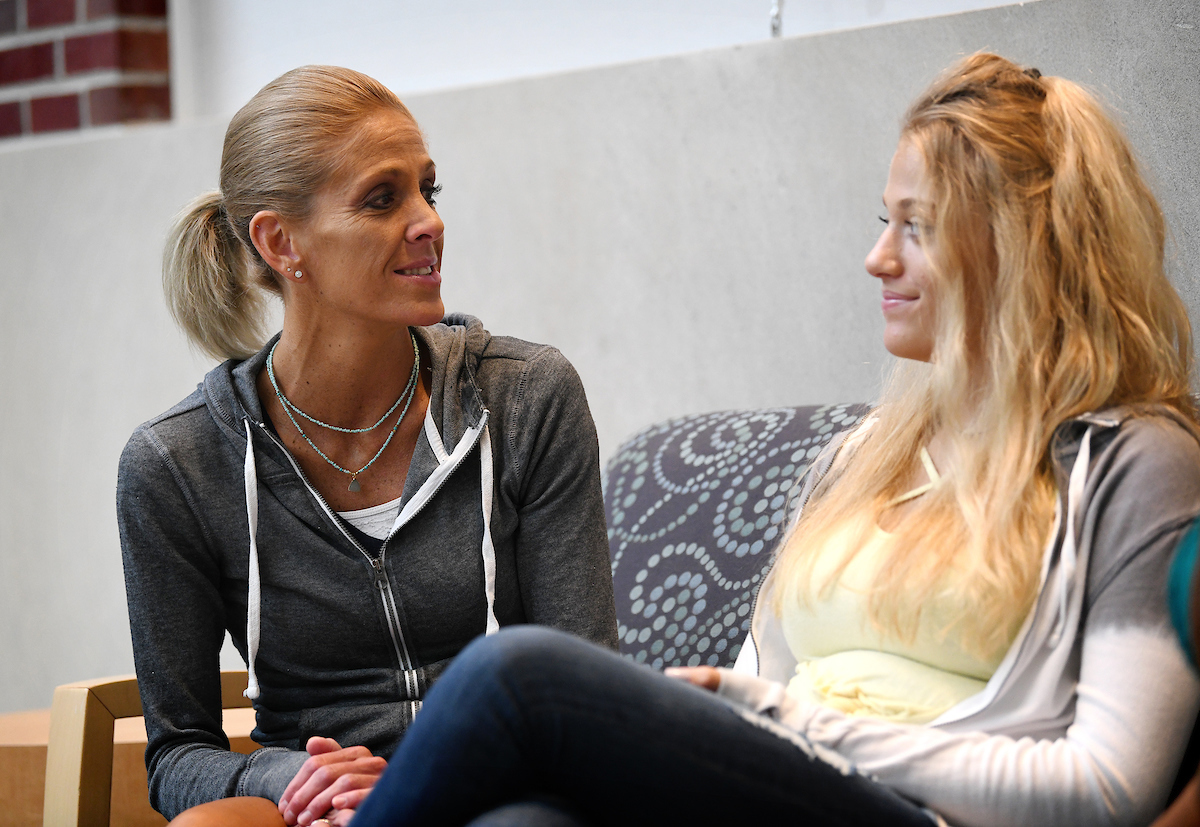 Her kidneys were shutting down, too. Alayna needed to be on dialysis.

She was sent to Riley Hospital for Children at IU Health on Feb. 27.

But still, Sarah and Alayna’s grandma and grandpa, Diana and Rick Reed, weren’t sure exactly why.

What was this mysterious attacker that was shutting down Alayna’s body?

How did she go from swimming, just weeks before, in her high school’s sectionals at Huntington North to a hospital bed, hanging on to life?

It was a medical mystery.

But not for long. Riley doctors soon figured it all out. 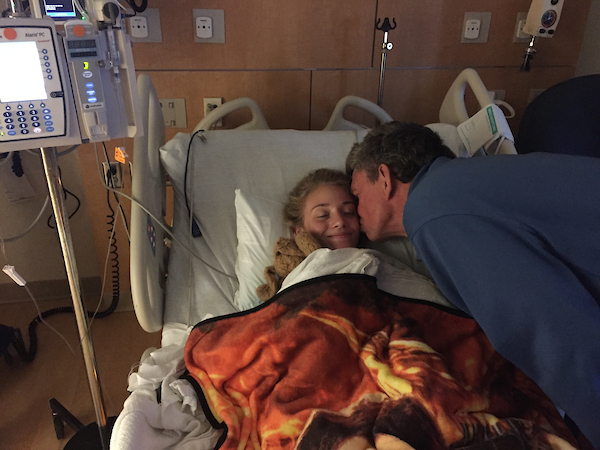 In the first 12 days in the PICU, she had three surgeries. The fluid kept building up around her heart and her lungs. She had two open chest procedures. She was on dialysis for a month.

Alayna tested positive for streptococcus. But that wasn’t all. Riley doctors also found that she previously had histoplasmosis – which Alayna didn’t know.

Histoplasmosis is infection by a fungus found in the droppings of birds and bats. It is often transmitted by breathing in the fungus. It is not serious if confined to the lungs, but can be fatal if spread throughout the body.

Alayna’s body didn’t fight off that histoplasmosis like it should have, says Sarah. There was a hole in her chest from the infection. Fluid was leaking and seeping in.

There were times inside Riley that Sarah wasn’t sure her daughter would make it.

“I remember telling my mom, ‘I know she is going to make it,’” says Sarah. “But deep down, as a mother, you think to yourself, ‘Is she going to make it?’ There were days I wasn’t sure.”

She got through it with the help of her parents, the Reeds, who were there with her and Alayna every step of the way.

“And prayer. I prayed a lot,” says Sarah. “And I still talked to Alayna.”

There was also the video on Sarah’s phone of Alayna playing the ukulele on the porch, singing.

She played that song 10 times a day -- for the nurses and for herself as she fell asleep in the hospital room.

“That song alone got me through it, something about hearing her voice,” says Sarah. “It reminded me of how strong she is and that she would become an even stronger person.”

And Alayna did, day by day, get stronger. 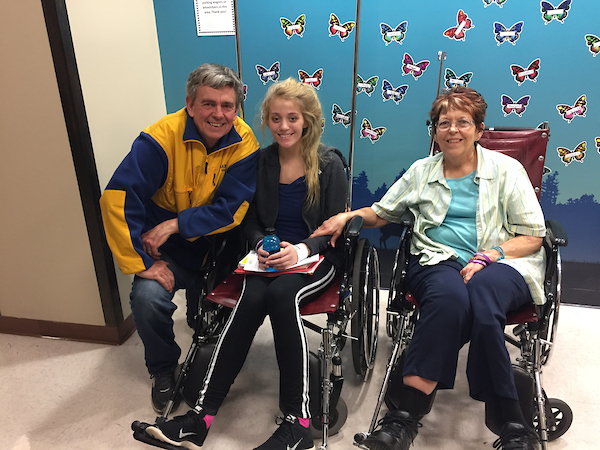 Inside Riley’s rehab unit, she learned how to walk and how to feed herself. How to brush her teeth, brush her hair and do all the things teenagers usually take for granted.

All the while, hundreds and hundreds of letters poured in. People Alayna didn’t even know, calling her a hero.

When she was released on April 13, Alayna and her mom walked out of the hospital hand and hand. Months later, they were back at Riley for a follow-up appointment, talking about the journey.

Alayna has started school, a junior, but can only go half days. She still has pain and gets tired easily.

Yet, she has big goals. She wants to swim again on her school’s team. And, she loves art.

Her experience at Riley has ignited a career goal in Alayna.

“This whole experience has changed me,” she says. “You look at life differently.”