She brings the joy of dance to kids in the hospital

Ballerina Breanna Davis has been on her toes since she was a little girl. Now the Riley dance movement therapist helps her young patients find a healing rhythm.

Breanna Davis doesn’t sit still very well. She’s up and down, gesturing this way and that, communicating with her whole body as she talks. And that’s exactly as it should be.

Davis is a dance movement therapist at Riley Hospital for Children at IU Health. It’s her job to get children in tune with their bodies and moving as best they can.

Sometimes that might be just the wiggle of a toe or the nod of a head. Sometimes it can mean a free-style dance-off. And sometimes it can be all about listening to the body and understanding its internal rhythms. 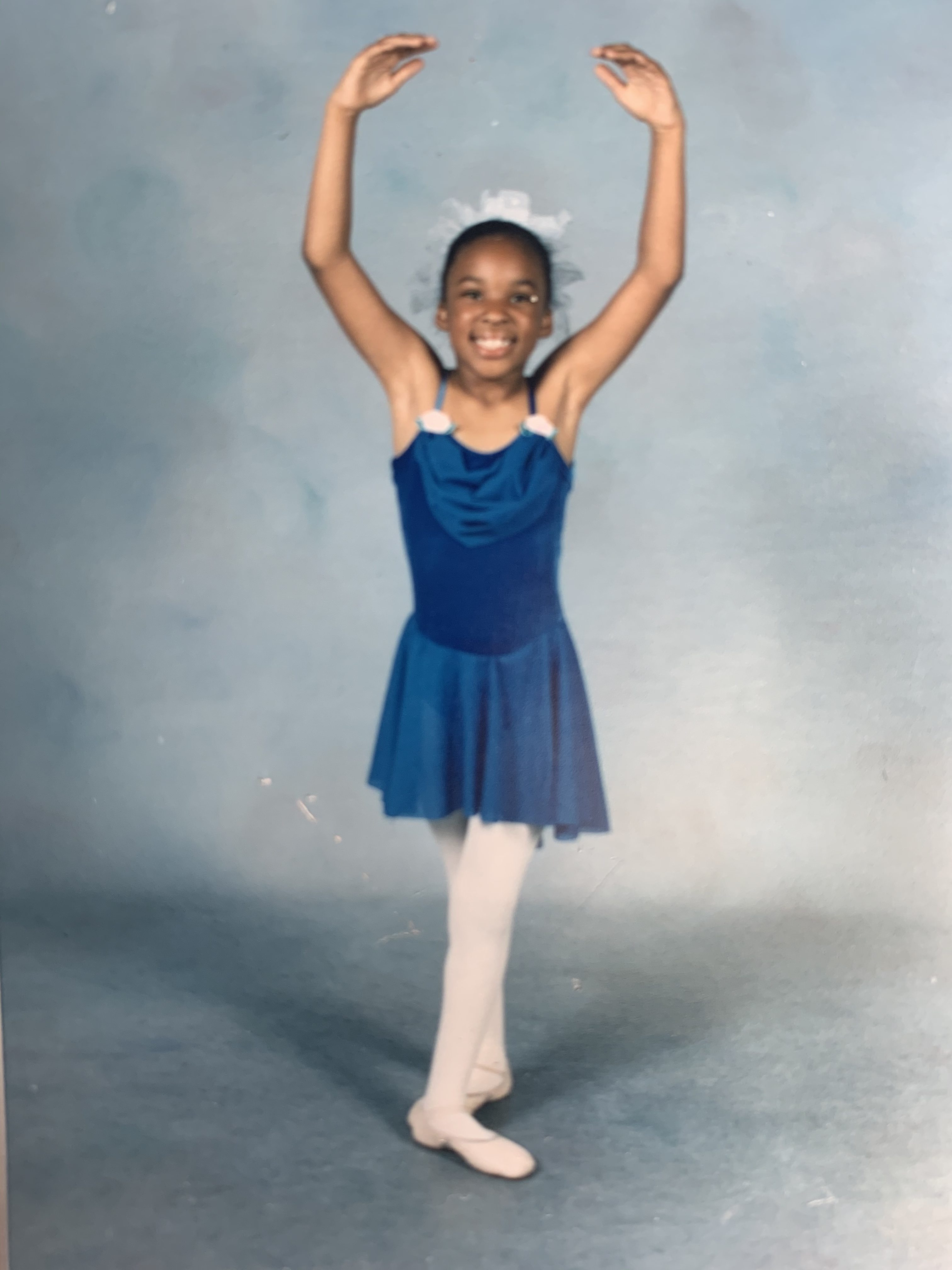 Fresh out of a master’s degree program at Pratt Institute in New York City, Davis joined Riley’s creative arts therapy team last October. The Indianapolis native, who counts American ballet dancer Misty Copeland among her inspirations, grew up dancing, beginning with tap and ballet at the age of 4 and moving on to jazz, hip-hop, contemporary and modern dance through school.

She’s always up for a new twist on her favorite activity. Whatever the dance, whatever the class, she’s there. She laughs as she ticks off different dance forms. Even her laughter is musical. And her smile easily travels from behind her face mask up to her eyes.

“Belly dancing, West African dance, Irish dancing, Gaga dance. Yep, I’ll try it.” (The latter was developed by an Israeli choreographer to promote movement based on listening to the rhythm of the body.)

Davis, whose part-time position at Riley is funded by a grant from the Andrea Rizzo Foundation, says it’s a dream job. It combines everything she loves – dance, psychology and kids.

“My goal is to bring more awareness to the body because it holds so much,” she said. “It can communicate so many things even to yourself.”

She’s not here to teach kids to dance, though she will if that’s what they want. Rather, she works in concert with other therapists to gently nudge the body into movement.

Ann Hannan, director of the Riley Cheer Guild and Davis’ manager, is thrilled to have Davis as the newest member of the creative arts therapy staff, noting not just her African-American heritage but the dimension of dance she brings to the team, which had been focused on music and art.

“As we consider the scope of practice of each therapeutic discipline, dance and movement incorporates both music and visual artistry through the use of the body,” Hannan said. “What a perfect complement and enhancement to the 20-year history of creative arts therapy at Riley.” 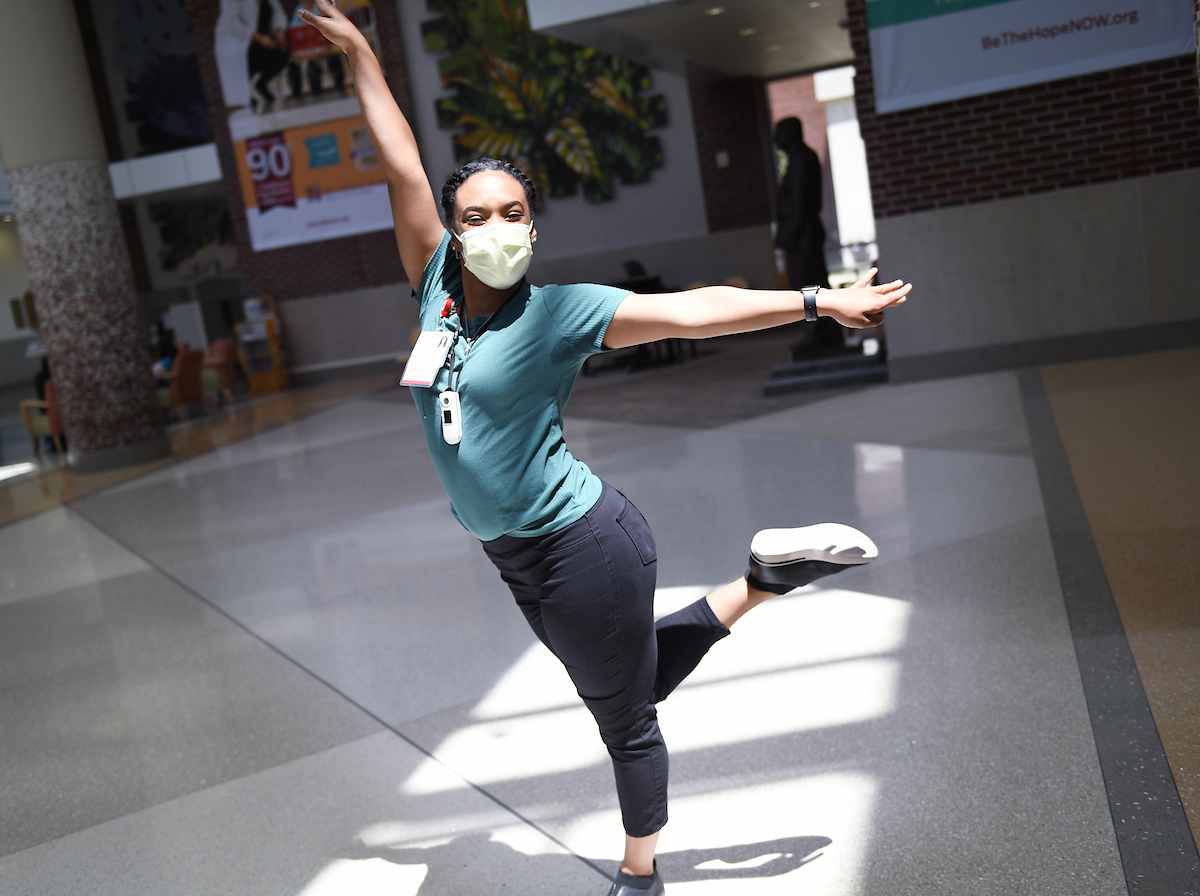 Having Davis treat patients through creative movement and dance elevates the entire program, Hannan added, allowing patients a range of options to express their potential.

While Davis is at Riley only one day a week, Hannan hopes to find ways to expand the service, so more kids can benefit.

As with all of the creative arts therapies, psychology is a big part of the job. In fact, Davis’ undergrad degree is in that very field of study.

“I really love dance therapy because it’s the idea that you can be in the mind but also in the body and it’s connecting the two,” she said.

“I like to co-treat with physical therapy because I can see what they’re working on with the body and figure out how we can sneak in and do other things.”

She might put on a Zumba video and have a patient practice some dance moves that reinforce his or her PT exercises. She remembers cajoling one young patient who didn’t want to get out of bed to just put her feet on the floor to see how it felt. If she didn’t like it, she could get right back in bed, Davis told her.

“She eventually gets up and stands, and we just stand there. I don’t say anything. And then she says, ‘I can count to 100.’ So I said, ‘OK, let’s count.’ And she started with a rhythm as she counted, so I started moving with her. By the time we got to 100, we were dancing. She liked it so much she said let’s count again.” 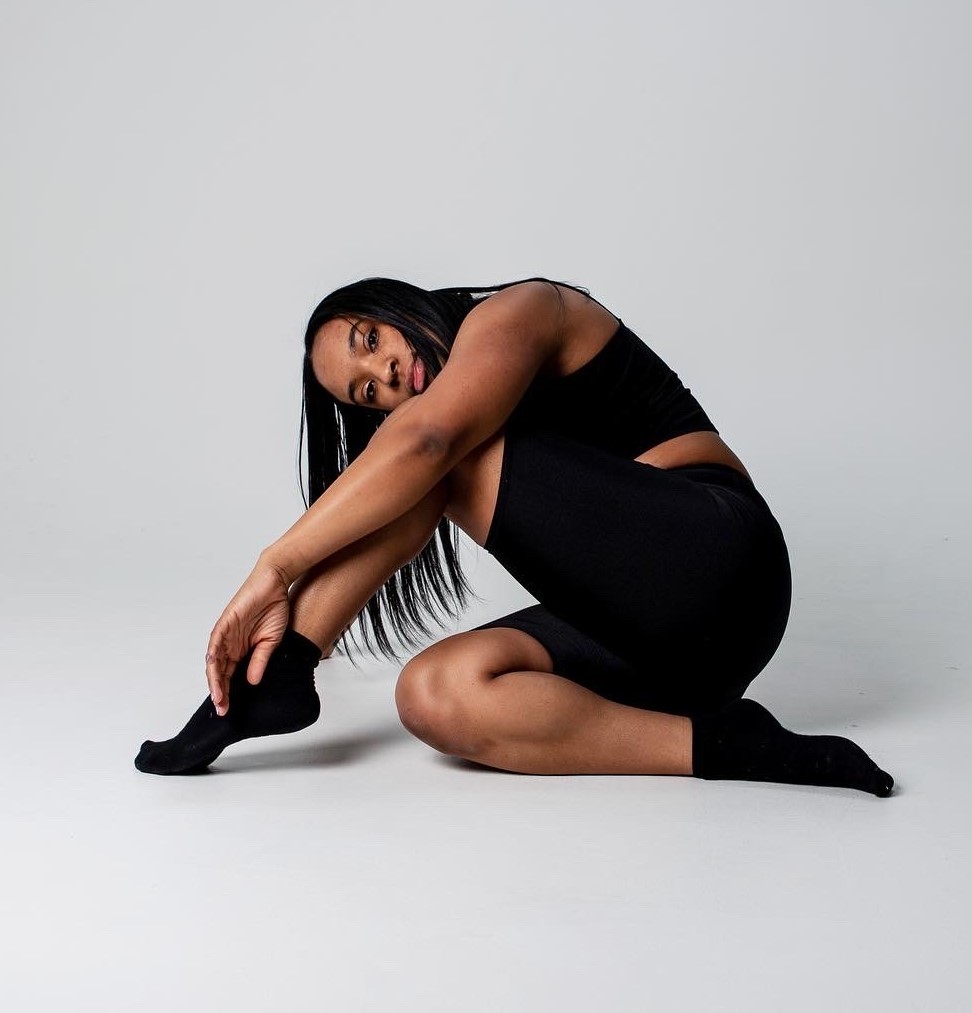 Impromptu dance parties are always fun, Davis said. Other times she helps her patients focus on relaxing the body and practicing mindfulness if they’re feeling stress or pain.

“These kids are so strong, but it’s tough. So anything that adds more joy to the day is good.”

In high school, Davis told herself that she was going to be a psychologist with a focus on dance. She didn’t know quite what that would look like, but she has found it at Riley.

“It continues to bring me joy,” she said. “We have such a beautiful team. I feel very supported and advocated for by the music therapists and art therapists. I just love getting to see all types of kids, culturally and in diagnosis. I can continue to broaden my experiences and create while just being with kids. That’s the place I love.”