Dr. Katrina Ducis joined the neuro team after completing a fellowship last year and has already made her mark in the treatment of children with a rare blood vessel disorder. Department Chief Dr. Andrew Jea describes her as “an empathetic doctor at the bedside and a technical wizard in the operating room.”

Dr. Katrina Ducis once thought she might like to be an engineer. She appreciated a field of study where problems could be solved logically – where answers would be less gray, more black and white.

A last-minute decision to attend a meeting with a dorm-mate at Michigan State University changed the course of her education and her career. It was a meeting for pre-med students, and the freshman engineering student ended up signing up to volunteer on the oncology floor of a Lansing hospital, then in the emergency department, then a free clinic in town.

While in school, she began working as a medical assistant, then was accepted into medical school, though her goal at the time was to work in pathology.

“I didn’t want to be a surgeon. I did not want that lifestyle. A couple weeks into it, I realized, ‘Man, this surgery stuff is cool. I’m just amazed by this stuff,’” she said.

She laughs when she thinks about it now – as the newest neurosurgeon at Riley Hospital for Children at IU Health, where dealing with black and white and gray matter is part of the job.

It’s a dream job for her.

What is special about Riley and this group, in particular?

It’s an invaluable resource, especially for a relatively new surgeon. 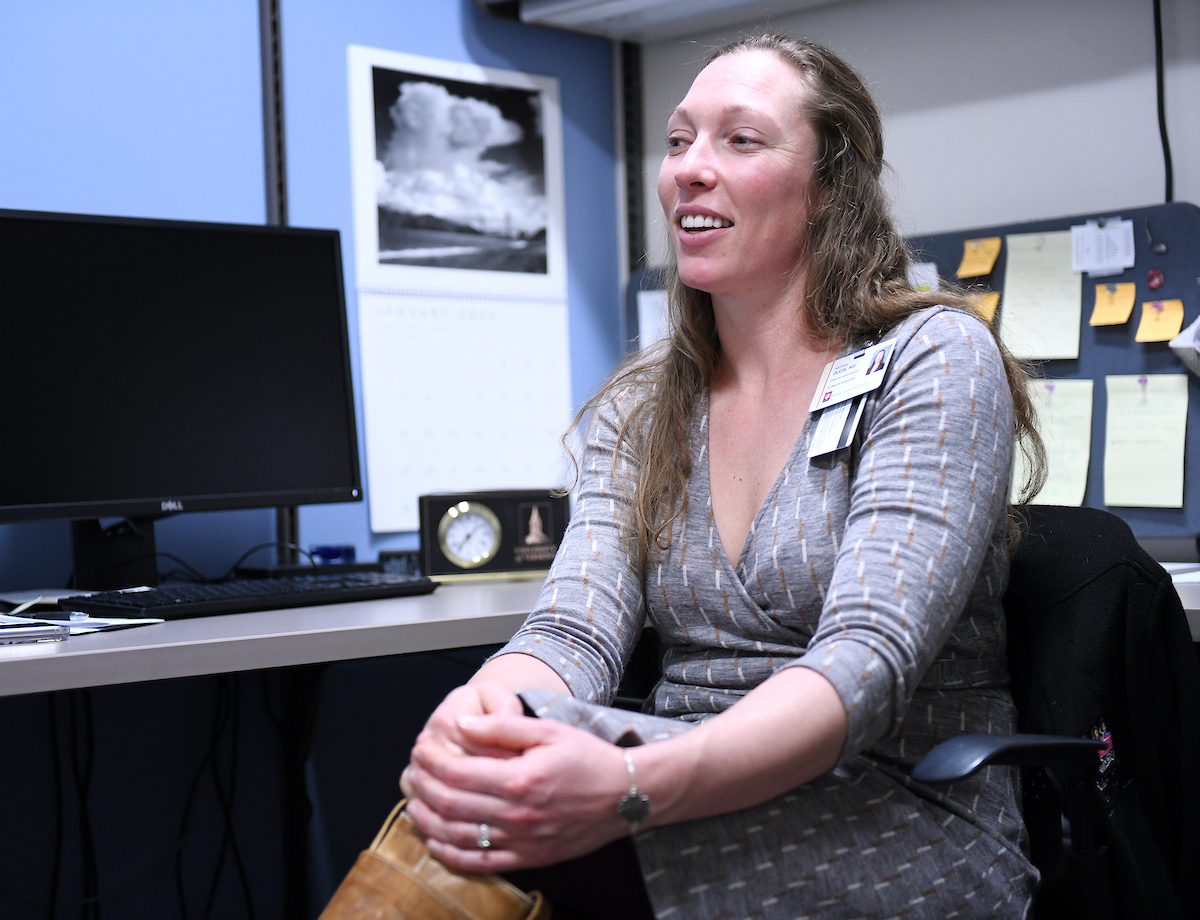 As an example, she said, during an emergency case she was handling the previous week, two of her colleagues stuck around later to help, “to be here in case I needed an extra set of hands, an extra set of eyes, an extra brain to help troubleshoot,” she said. “That was remarkable. It’s also how I trained. I really value that. It’s one of the greatest strengths professionally of this program.”

“Katrina is a rising star in the field of pediatric neurosurgery,” he said. “She is an empathetic doctor at the bedside and a technical wizard in the operating room. She strives every day to be worthy of serving the suffering. We were lucky to recruit her to join our practice after her training, but the children of Indiana are the most fortunate to benefit from her knowledge, talent, effort, skills and grit.”

Dr. Ducis has been monitoring Hazel’s progress and test results but hasn’t needed to do any surgery yet.

“She was very reassuring about everything, even though some things we don’t know yet,” Smith said. “She told us we’re going to figure this out together and that we have options.”

That peace of mind and sense of trust means everything to the young mom.

(Read more about baby Hazel in a story later this week on Riley social media channels.)

Brain surgery is not for the faint of heart. It takes nerves of steel, grace under pressure, technical skill and a sharp mind, of course. But surgeons must also be resilient, Dr. Ducis said.

“No one goes for four years of medical school, for seven years of residency, to hurt anyone. And hurt can come in an active event – you miss something or you’re too aggressive with treatment – or it can come in a passive event – by not doing enough. It’s still the same unwanted outcome.”

Dr. Ducis specializes in treating patients with vascular issues, including stroke, transient ischemic attack (TIA), aneurysm and a rare condition called Moyamoya disease, a progressive blood vessel disorder in which the carotid artery in the skull becomes blocked or narrowed, reducing blood flow to the brain. It most commonly occurs in children.

Moyamoya symptoms can include headache, seizures, weakness or numbness on one side of the body, visual disturbances and difficulty speaking or understanding. Vessels that sprout inside the brain as the carotid artery narrows are known as moyamoya vessels and they can hemorrhage.

“The purpose of our intervention is to try and beat nature to allow better blood flow through surgery,” Dr. Ducis said. ”The brain knows that it’s starved and it’s sending off signals to tell the body that it needs more blood and more blood vessels. We speed up the process by taking a blood vessel from somewhere else (typically near the ear) and putting it on the surface of the brain, actually sewing it on the surface of the brain.”

A test called an angiogram is used to determine if a child is suffering from moyamoya and if the blood vessel surgery is a viable option.

The surgery takes about four hours. Teasing the replacement blood vessel out of the scalp is a tedious process, she said.

“What makes me hold my breath the longest is finding it in the first place. We use a Doppler probe to hear the signal, then find it, then we’ve got to protect this thing like it’s your baby. We have to get all the layers of scalp and bone out of the way, get to the brain and put it on there.”

Dr. Ducis recalls one adolescent boy she treated for the disorder last year who recovered well. She describes his case as “remarkable” because his symptoms were undiagnosed for several months until he came to Riley. The otherwise healthy child had begun wetting the bed, walking into things and talking in a slightly altered voice, but otherwise his appearance and health appeared normal.

His parents thought it was a behavioral issue, but it turns out the boy had suffered multiple mini strokes due to moyamoya. Dr. Ducis performed surgery in May. When she saw him in clinic recently, he looked great, she said.

“I’m tickled pink. He looks good, he’s pretty functional, he’s getting back to where he was. That is really exciting because he was definitely not doing well when I first saw him.”

Because stroke looks different in children and adults, Dr. Ducis said the patient has become “our poster child for stroke prevention.”

While adults suffering a stroke often experience one-sided facial droop, speech difficulties and muscle weakness, common stroke symptoms in children include weakness on one side of the body, trouble walking and coordination issues. 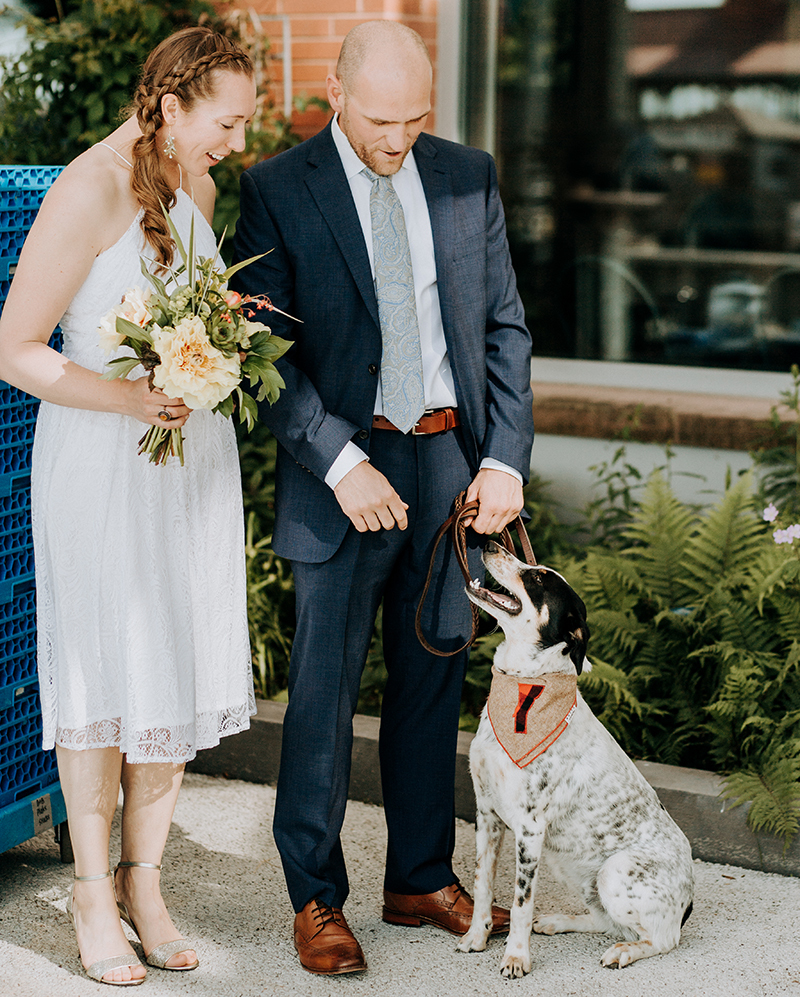 A brain surgeon’s job comes with inherent stresses, but Dr. Ducis says she deals with those feelings through lots of talk therapy – with her Riley partners, her husband, even her beloved pets, Mud (a cat) and Auggie (a dog). And she runs. It’s not only healthy, it’s cathartic, she said.

She met her husband, Stewart Hall, in Vermont. The couple married two weeks before they moved to Indiana, where he now works as a flight paramedic for IU Health LifeLine.

“We did all these life-changing things at once,” she said. “We got married, sold our house, moved and started new jobs.”

After a year and a half in Indianapolis, she said, the city is growing on them.

That’s because she loves to water ski. The active couple also enjoy snowboarding, snow-skiing and hiking.

“I think Dr. Jea is a visionary, and I think he pushes us to become better than we think we can. He has very high expectations for us. He’s a great motivator, and he’s made space for us here,” she said. “All he’s done is elevate us and push us farther than we could get on our own. I have great respect for that; I didn’t see that anywhere else I interviewed across the country.” 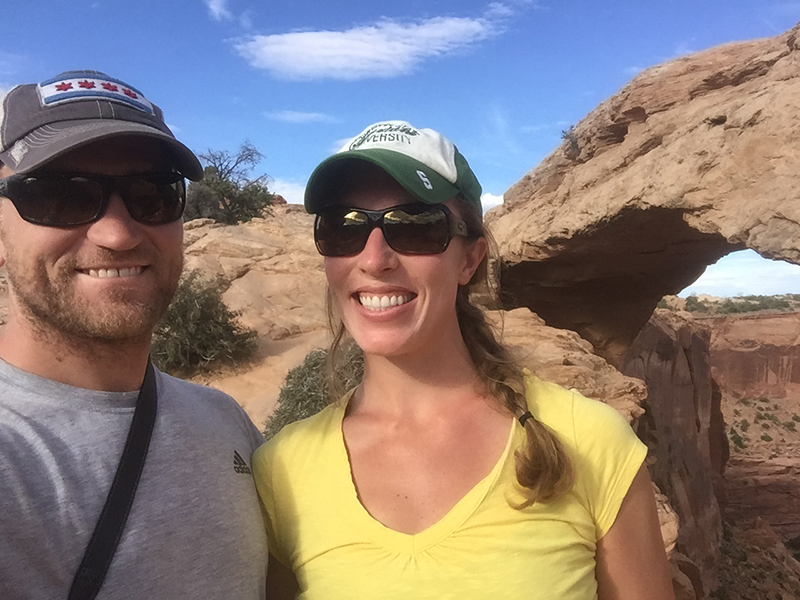 She acknowledges that sometimes the pushing can be uncomfortable. “But no one got ahead by being comfortable. There is a lot of discomfort in trying to get better.”

That discomfort reminds her of a time when she was about 12 and learning how to snowboard for the first time.

“It was awful, it was no fun, falling down and hurting yourself. And then you get good at it, and you realize this is great.”

In fact, she and her husband recently returned from a snowboarding trip to Utah, where they had a blast.

In her professional life, she says, “I’m still falling down a little bit, but I have great partners who are here to help dust me off and give me a nudge ahead to keep going. And that’s the goal.”