As Dr. Michael Goodman visits schools to give talks on the importance of acceptance, the memories come flooding back. The memories of what school was like as a boy with Treacher Collins syndrome, when all he wanted was to be accepted.

Every school he visits, Michael Goodman, M.D., is taken back – even if just for a moment.

Back to those days when life was, at times, unbearable. On the playground. In the lunchroom. On the school bus.

The mean comments and stares. The misery of being different in a world where it seemed every kid wanted to be the same.

But now, inside the school rooms, something magical is happening. Dr. Goodman is telling a happy story – of self-acceptance, of self-love, of his own realization that everybody is different.

And that’s a good thing. Dr. Goodman, a hospitalist at Riley Hospital for Children at IU Health has Treacher Collins syndrome, which causes facial abnormalities and speech problems.

The syndrome has gained awareness recently with the book “Wonder” and recently-released movie by the same name, which follows the life of Auggie Pullman, a boy with Treacher Collins. 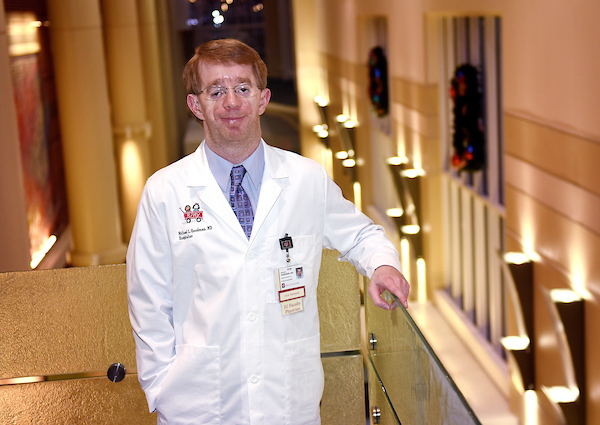 Dr. Goodman says it wasn’t until his 20s that he truly accepted himself. Two months ago, he went public, telling his story of life with Treacher Collins. Since then, Dr. Goodman has gotten request after request to speak to schools nationwide.

And he’s answered those requests. In two months, he’s done 16 talks – the title of his speech “We Are All Auggie Pullman.” Dr. Goodman has at least seven more talks scheduled and another 10 requests he is working to schedule.

At the end of each presentation, Dr. Goodman gives kids the chance to ask him questions. And those questions have been eye opening. We asked Dr. Goodman to tell some of his favorites so far.

What is your definition of happiness?

“For me, happiness is being content in who you are and what you have, no matter what your circumstances. It also means that you are not relying on other people or material things to make or create that contentedness for you. It also doesn't mean everything is perfect either because life isn't perfect or fair.”

Have you ever tried to be someone you're not and did that work for you?

“Yes, I have and we all probably have, especially when we were younger.  It didn't work. At all.”

What would you tell people now that teased or bullied you?

“I would have to bite my tongue at first but then I would thank them. Part of who I am today is because of what they put me through and I'm a stronger person because of it. One of the worst times in my life has turned into one of the best in the form of these talks I've been giving.”

How did you handle the stress of it all?

“I focused on what I was good at, which was most of my schoolwork. I was a pretty good student and took what little pride I had in being good at school, especially math and science. I also enjoyed reading and playing video games.” 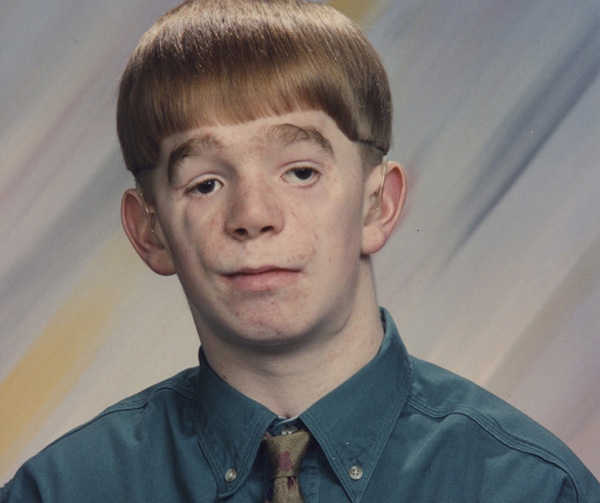 Would you change your appearance if you could?

“When I was younger I would have said yes. Now I say no. There are things I could have done surgically, but they wouldn't change who I am as a person, and if someone doesn't like me because of how I look now, but liked me if I had more surgeries and appeared more ‘normal,’ that's not a person I would want to be friends with anyway.”

What three words would you use to describe yourself?

“Funny: I've been told by multiple people that I have a good sense of humor and I've found making people laugh also distracts them from my appearance most of the time. Good communicator: Every relationship requires good communication, whether it be at work, casual friendship, platonic, or romantic. Realistic: This relates to No. 2, as I try to be direct and not sugarcoat things as I have learned that dodging around what one is trying to actually say in an effort to not upset people can lead to more problems in the future.”

If you had one wish, what would it be?

“I would love it if this world was bully free. We are possibly limiting an individual's potential if they carry trauma from being bullied with them throughout their lives.”