“We are all dealt a different hand of cards when we are born. Different Is OK. The key is people are not defined by their differences.” – Michael Goodman, M.D.

In elementary school, with all its innocence, Michael Goodman was just a redheaded kid who liked ice cream and playing with his friends.

His underdeveloped cheekbones, the lower jawbone that looked different, his troubled speech, the hearing aids – no matter. His elementary school years were wonderful.

But then Treacher Collins syndrome started to define him. Not by his choice. That’s exactly the opposite of what he wanted.

It was the middle school cliques. They didn’t have a place for a boy with Treacher Collins. They had the jocks, the rich, popular kids, the artsy types, even the nerds. A guy with craniofacial differences didn’t belong in any of them. 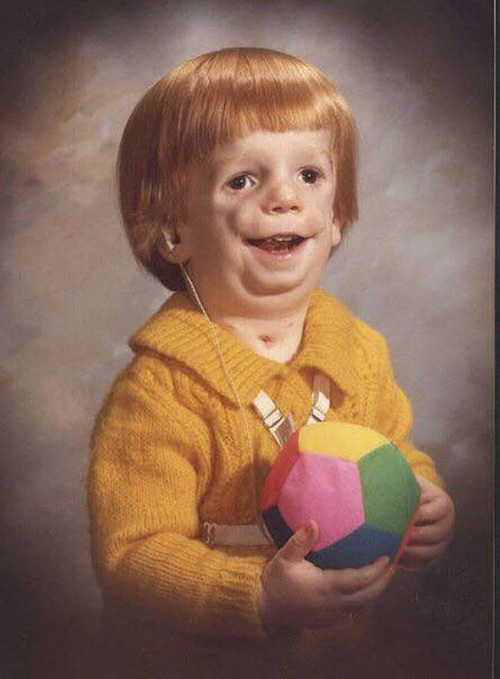 “I pretty much took everything to heart and I got to the point where I didn’t feel like going on,” he says. “It was a really dark time.”

He tried twice to commit suicide. It was the spring of his senior year. He should have been excited and looking forward to graduation and college.

Instead, he was ready to take his last breath.

Dr. Goodman sees so much of himself in Auggie Pullman, the main character in the newly released movie “Wonder,” based on the book by the same name.

Auggie is a fifth-grade boy with Treacher Collins syndrome who battles the same emotional ups and downs that Dr. Goodman battled.

Looking back, Dr. Goodman has advice for children teased for being different.

“Everyone who is bullied or being teased for whatever reason, they have a choice,” he says. “They have a choice whether they want to listen to that bullying. It is up to them.”

He knows that’s a hard concept to grasp as a child. But it can make all the difference.

Dr. Goodman was born in Munster, Ind. Sixty percent of cases of Treacher Collins happen spontaneously. That’s what doctors believe was the case with him.

Growing up, he was treated at different hospitals, but was still able go to school. Most of his medical treatments happened during school breaks and summers.

As he sorted out what he wanted to go to college for, he thought about journalism or being a chemist or a pharmacist. But becoming a doctor – a craniofacial doctor – seemed like the perfect fit.

After a surgery internship in that specialty, Dr. Goodman changed his mind. It didn’t click. He started thinking of how he had always been good with kids and parents. He veered into pediatrics.

After a pediatric residency at Riley from 2008 to 2011, Dr. Goodman worked two years in Richmond, Va. then four years in Phoenix. He came back to Riley in October as a full-time hospitalist.

He lives in Indianapolis and likes to read and watch hockey. He enjoys crossword puzzles and jigsaw puzzles. He loves to travel and exercise.

That’s what he hopes people get out of “Wonder.” 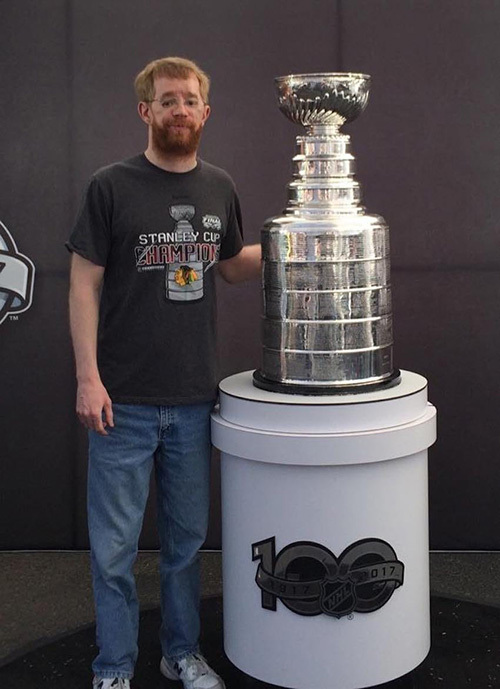 “These are kids, too,” Dr. Goodman says. “They like to do things. They get in trouble. They laugh and they cry.”

And just because he is a successful physician doesn’t mean all the struggles have stopped.

“Sometimes, I get talked to like I’m not all there, even now,” Dr. Goodman says. “People will say, ‘It’s OK buddy. Buddy, it’s alright.’”

Dr. Goodman says he doesn’t fault people for that. He understands that people would associate having a facial difference with having a cognitive or intellectual disability.

“But it’s important for people to know just because you have a facial difference doesn’t mean you have a mental disability,” he says.

It read, in part: “Words can and do hurt. People with facial deformities want to be treated like any other normally developed person: respected, even loved. Please choose kindness.”

“If this book and this movie and this Facebook post, if they lead to even one productive discussion between a parent and a child, that’s what matters,” he says. “Even if a parent stops and reflects and says, ‘I could role model acceptance better for my children.’”

Dr. Goodman is thrilled to see the impact and awareness being brought about by his post. But, mostly, he is thrilled to be hearing from others with Treacher Collins from all over the world.

“I’m doing this for all the Auggie Pullmans out there,” he says. “And it doesn’t have to be limited to craniofacial differences. It can be skin color. It can be religion. It can be cerebral palsy. Anyone who has been teased or bullied, this is for them.”