Riley’s Nursing Legend: She Fought To Have Parents At The Bedside

Margaret Martin returned to Riley Hospital for Children Friday. Nurses approached her with smiles and tears. They told her how grateful they were for her pioneering spirit.

Before Margaret Martin, the unthinkable happened.

A sick child sat alone in a hospital bed. No mother or father there for comfort. No parent to hold a hand as they slept during those dark nights.

But that was before Martin. The nursing legend at Riley Hospital for Children changed all that. She pushed and fought for a parental bedside program. And she made it happen.

It was the first of its kind in the nation – and it happened at Riley.

Martin is 97 years old now and her legacy lives on. Each year, at Riley’s Nurses Week Awards Ceremony, the Margaret Martin Award is given to an outstanding bedside nurse. It is the hospital’s most prestigious nursing award.

On Friday, Martin returned to Riley for the ceremony and the 30th award to be given in her name. She sat front row and people flocked to her. 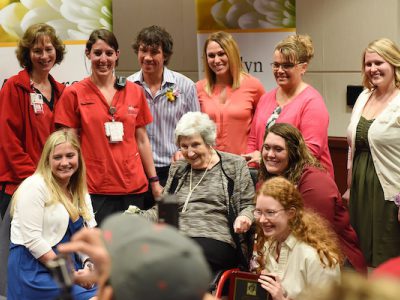 In the world of children’s healthcare, Martin is a superhero.

Nurses approached Martin with smiles and tears. They told her how grateful they were for her pioneering spirit.

“Thank you…for inspiring us,” Kristin Cummins said to Martin, as she presented the award at the ceremony. Cummins is the quality and safety director at Riley.

Elizabeth Paxton, Riley’s chief nursing officer, said she was honored to have Martin at the ceremony.

“Thank you for the legacy you left us here at Riley,” Paxton said. 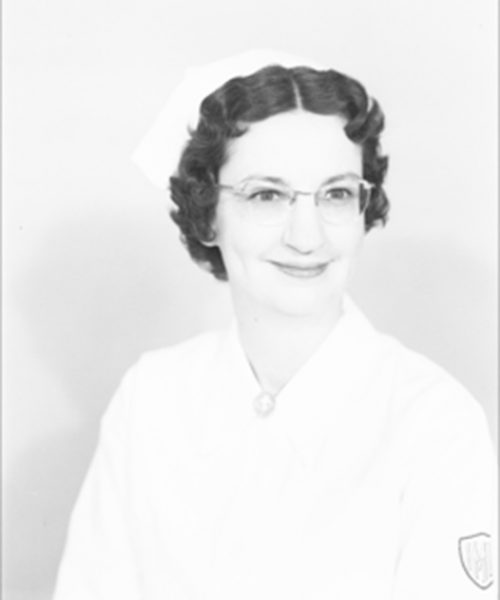 Martin grew up an only child and married late in life. She spent two decades as a pediatric nurse and, while she never had children of her own, her babies were her Riley patients.

And though she wasn’t a mother, Martin understood the family dynamic – children needed their mother and father when they were sick. And parents wanted to be there with their children, to comfort them.

After arriving at Riley in the early 1970s, Martin launched the Parent Care Unit at the hospital.

It allowed for open visitation and in-room sleeping accommodations for parents. It was the first of its kind in the United States, creating a model for family-centered care.

That model not only brought parents and children together at the hospital, but also involved parents in their children’s care.

In 1975, Martin took on the role of Riley’s chairwoman for nursing services for children, a precursor to the role of chief nursing officer. She retired in 1985. 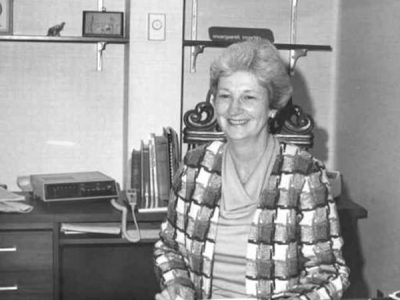 As Martin sat at the ceremony Friday, a video played of past award recipients, including some who knew Martin.

“What stands out in my mind is her love of children,” said Debra Kilpatrick, the 1991 Margaret Martin winner. “I cherish the award.”

This year’s winner, Shelly King, director of the Children’s Continence Center at Riley, couldn’t be at Friday’s ceremony. She was speaking at an international conference. But she did record a video.

But when it came time to talk about what receiving the Margaret Martin Award meant, King said she was speechless.

“There wouldn’t be any words I could use to express…what it means to me personally,” King said. “Margaret Martin was one of our true nursing heroes.”