Inside Riley, Dr. Darragh is beloved. He is a gentle, 6-4 giant -- a doctor who cares for hundreds of children each year – with monstrous compassion. He specializes in fetal echocardiography, children with heart failure and cardiac transplants.

She was a newborn, tiny Bailey was, when she came into Dr. Robert Darragh’s life.

She was fragile. So very sick. And three days later, she was in the operating room, getting her damaged heart repaired. It wasn’t a permanent fix. Nothing ever would be in Bailey’s life. But it bought her time.

Bailey was a little girl, feisty and sweet, when she bounced time and time again into Dr. Darragh’s office. Sometimes, he would have to tell her another surgery was needed. Bailey had been born with a severe aortic valve problem and heart muscle damage. She would smile.

She was 12, almost a teenager, when she went into congestive heart failure. Dr. Darragh helped Bailey become one of the first patients in the U.S. to be on the Berlin Heart – a pump that helped maintain blood flow in her failing heart. She was on the device for six months at Riley. If Dr. Darragh hadn’t fallen in love with Bailey before, he did then. 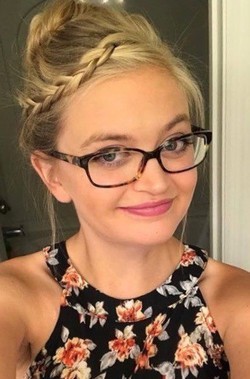 Bailey was a married woman, a microbiologist at the Herman B. Wells Center for Pediatric Research, the last time Dr. Darragh saw her. She was determined and so ambitious. She was working to try to help other children like her.

Bailey was 25 when she died in December.

“She was a remarkable young woman, who took it in stride,” says Dr. Darragh, M.D., a pediatric cardiologist at Riley Hospital for Children at IU Health. “She just kept on going, never giving up.”

Dr. Darragh went to Bailey’s funeral four months ago. She felt almost like one of his own children.

“I had to go,” Dr. Darragh said this week, with tears welling up in his eyes. “Otherwise, I wouldn’t make it.”

Inside Riley, Dr. Darragh is beloved. He is a gentle, 6-4 giant -- a doctor who cares for hundreds of children like Bailey each year – with monstrous compassion. He specializes in fetal echocardiography, children with heart failure and cardiac transplants.

“Do you know why he is beloved? Because he really is sweet,” says Dr. Darragh’s wife, Annie. “When you look into his eyes, there is a kindness. There is a special kindness.” 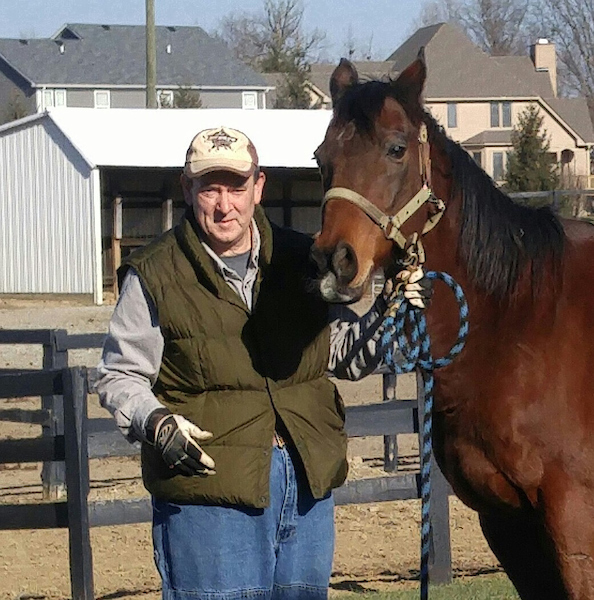 Annie Darragh knew early, within a few first dates, where her husband’s passion was. He talked so much about the children, even then.

“All he’s ever wanted to do is take care of his patients,” she says. “He wants to get them the best medical treatment he can. He wants to do what’s right for them and their families.”

And he is always available. Dr. Darragh has been known to roll out of bed at 2 a.m. to drive to Riley to be with a patient.

“He is amazing,” Jennifer Johnson, an echo tech at Riley, said this week as she worked with Dr. Darragh and a patient. “He’s just excellent at what he does.”

Born and raised in Pittsburgh, Dr. Darragh was one of six children – five boys and a girl. His dad was a small business owner, selling wholesale paper products. His mom had her master’s degree in social work.

Science always interested Dr. Darragh growing up. In high school, he thought he might become a veterinarian, but his older sister “talked me into human medicine,” he says.

Dr. Darragh spent one year at the University of Rochester before transferring to Carnegie Mellon University in Pittsburgh for his undergraduate degree.

In 1983, he graduated from medical school at the University of Pittsburgh -- knowing that his life’s work would be caring for children. He enjoyed the developmental aspect of medicine much more than the adult side.

After his training, Dr. Darragh came to Riley in 1989 and never wanted to leave. 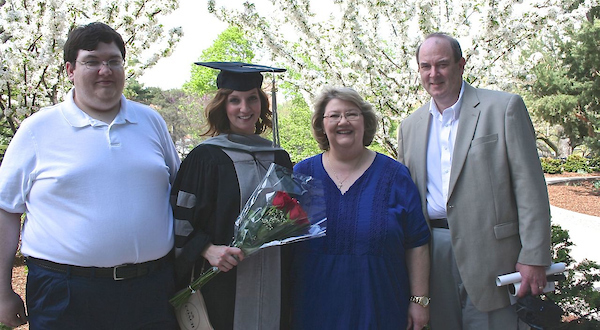 At the time, Dr. Darragh joined five other cardiologists at Riley. He was hired with two primary focuses -- establish a fetal cardiac program and assist cardiologist Randy Caldwell, M.D., with the pediatric heart transplant program.

Dr. John Brown was the chief pediatric heart surgeon at the time, a renowned surgeon.

“I saw a lot of opportunity and challenges in this job as a young cardiologist,” Dr. Darragh says. “It seemed like a great place to be.”

And it was. It was a magical place where Dr. Darragh went on to touch so many lives, to see babies and children thrive and grow.

“There have been so many kids I’ve gotten to care for, who have grown up to be young adults,” says Dr. Darragh. “Each with their own special story.”

Personal: Dr. Darragh and his wife Annie met on a boat in Buffalo more than 30 years ago. They have two children. Andrew, 30, who is a Butler University graduate, set to get a master’s degree in museum science. Megan, 29, is a Butler grad who went to Michigan State University for veterinary school. She is an equine vet.

Outside of Riley: Dr. Darragh loves caring for the family’s three horses, Tina, X-Man and Sydney. He does the grooming and cleaning. Annie does the spoiling and treats.

A special touch with children: He often has a tough job, talking to parents about tough diagnoses. “I always tell parents, ‘Our goal is not five or 10 years. Our goal is a good lifetime. What is it going to take to do that?’ I want parents, no matter what their child’s outcome may be, I want them to be comfortable they made the best decisions they could.”