Rev. J. Daniel Young will retire at the end of next month after more than 20 years as a chaplain at Riley Hospital for Children. Through the years, his mission has always been the same: Listen to what is on their hearts.

He remembers walking into the hospital room and seeing that 10-year-old girl lying in the bed, facing the window.

Her back was to Rev. J. Daniel Young.

She was in the pediatric intensive care unit and had just had surgery – her 19###sup/sup### surgery.

Of course, thought Rev. Young to himself, this girl was in no mood to talk to him, a hospital chaplain. So, he approached her mother.

“I’d like to talk to you about your daughter and see how I can help.”

Little did Rev. Young know that 10-year-old girl was awake and listening. And she had something to tell him. 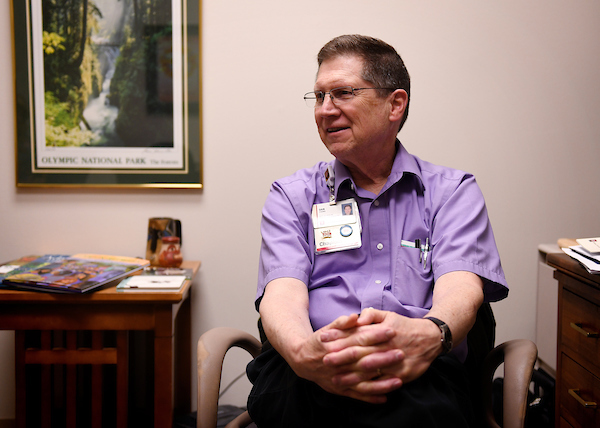 And so, Rev. Young and that girl sat in that room and talked. She helped him understand what it was like to be a child in a hospital. The loneliness. The fear. The pain.

Rev. Young asked if there was anything he could do for her.

They prayed together for her healing. Such a poignant, raw moment.

“That is one of the things that keep us going,” says Rev. Young, a chaplain and the manager for Spiritual Care and Chaplaincy Services at Riley Hospital for Children at IU Health. “Sometimes we reach out to offer our help and we get more blessed.”

Blessed. Riley most certainly has been blessed, too. Rev. Young, for the past 20 years, has been a chaplain at the hospital.

About 10 years ago, he became manager, overseeing the program. And next month, he will retire.

“It is bittersweet, because I love Riley,” he says. “And I love the care, the teamwork, how we all work together.”

Through the years, Rev. Young has worked in the PICU, heart unit, infant unit and surgery. He has lent an ear, a hand and a kind, compassionate heart anywhere he might be needed.

He sees clearly the mission of what he does.

Rev. Young and his team offers spiritual care, which is broader than religious care, he says. 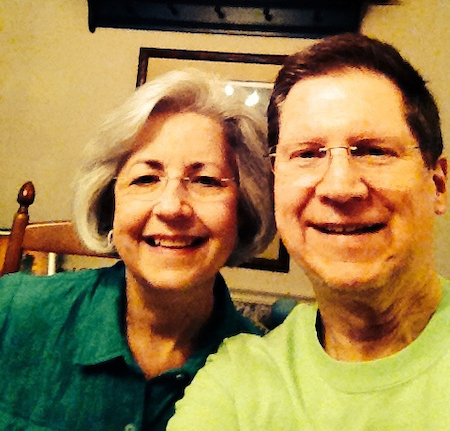 “We work with people of all different faiths, as well as people who don’t profess a faith,” he says. “We are not there to preach but to listen to what is on their heart.”

The job isn’t easy. Rev. Young concedes that he is typically there in the worst times. He has seen some tough moments. Some raw moments and some beautiful moments.

There was the prayer from the younger sibling of a little boy who was a patient at Riley.

Please heal my brother. He is my only brother and I need him to fill my heart with love. Thank you, God.

“Someone said to me, ‘I think Riley Hospital is a holy place.’ She got me to thinking about children, families and care givers I have known at Riley,” Rev. Young says. “It occurred to me that wherever children touch our hearts, there are signs of the Sacred.”

Chaplains inside a hospital are as much a part of the care team as the doctors and the nurses and the therapists. They round with the team and introduce themselves to patients.

They stay close to social workers and nurses to find out on, any given day, what patient might be struggling or have a need.

“Chaplaincy is often so over-looked, and they sometimes do the hardest jobs at the hospital,” says Annie Darragh, a Eucharistic minister who volunteers at Riley. “Rev. Young is one of the best people that I know and just wonderful with the families and patients at Riley.”

He knew from a very young age that ministry was for him.

Born in Mississippi, Rev. Young grew up in Senatobia, just south of Memphis. His father was an electric engineer at the Mississippi Power and Light Company. His mother was a teacher, but stayed at home to raise her three children.

When Rev. Young was a little guy, he thought he might want to be an airplane pilot or a nuclear engineer. But by the time he was in fourth or fifth grade, he knew.

He wanted to one day be a minister. 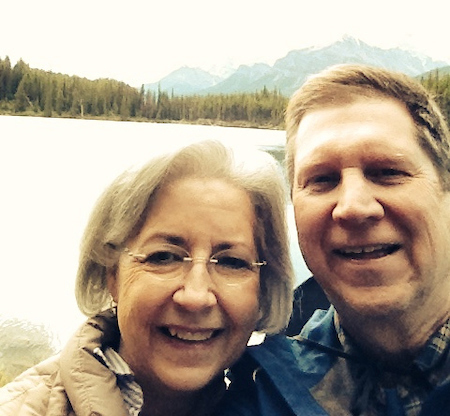 “The church was always at the center of our family life,” he says.

His family was very involved in the United Methodist church. He looked up to the pastors. His grandfather on his mom’s side had been a Methodist minister and his aunt and uncle had also been in the ministry.

As he headed off to college and then into training for ministry, Rev. Young felt the calling to chaplaincy. It best fit his personality -- being there one on one for people.

“That is what suited me,” he says. “Being there for patients in a very close and personal way.”

Personal: Rev. Young has been married 43 years to Becca. The couple has a son, a daughter-in-law and two grandchildren, a 6-year-old girl and 10-month-old boy.

About: He is a Board Certified Chaplain of the Association of Professional Chaplains and is also an ordained United Methodist Minister. Rev. Young has been a pastor in rural and urban congregations and a pediatric hospital chaplain since 1985. He came to IU Health in December of 1997.

In retirement: He and Becca plan to spend more time with their son’s family, who lives in St. Louis. They also plan to travel and take trips to national parks. Rev. Young says he will take a sabbatical for a period to reflect on his life and what is coming next. “Some people say ministers never retire,” he says, “and that is probably true.”