Dr. Mark Turrentine and his cardiovascular team are in Beirut, Lebanon operating on desperately sick kids 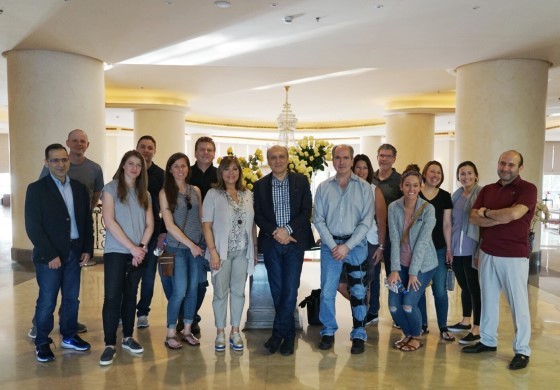 Dr. Turrentine, a heart surgeon at Riley Hospital for Children at IU Health for nearly three decades, is in the midst of a weeklong trip to Beirut, Lebanon. He’s hobbling around on crutches because of a leg injury suffered several weeks ago, but he has a team of Riley’s best professionals beside him.

This is the latest of about three dozen trips he has made around the world to perform life-saving surgery on children. Each year, Dr. Turrentine and his Riley team take surgical trips to China, Africa and the Middle East, giving up their vacation days to treat children who otherwise might not have access to care. 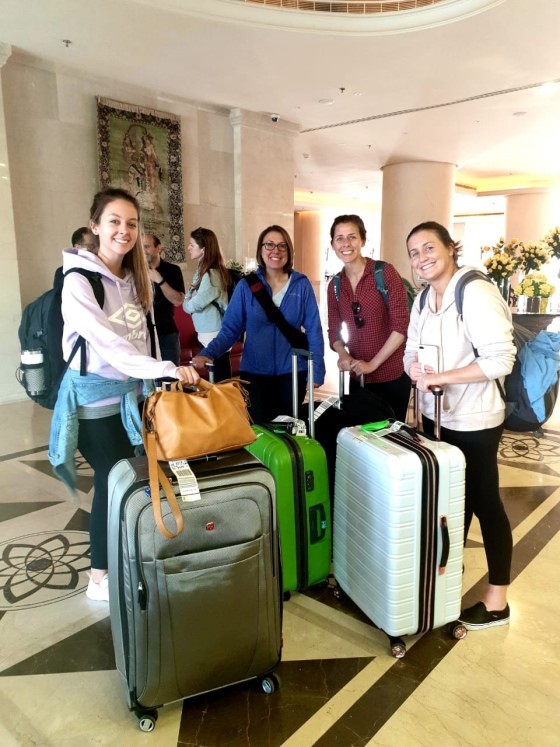 The team arrived in Beirut on Saturday afternoon and were greeted by colleagues from Hammoud Hospital and American University of Beirut. After tours, orientation and reviewing the cases before them, the crew went to work, operating on four children Monday with assistance from Dr. Al Rassi and his team from Hammoud Hospital.

After each surgery, the patient was presented with a toy from Sheila Rocchio’s bag of presents. The Riley nurse packs a separate suitcase full of toys for each humanitarian trip she takes. She’s been to Uganda, Lebanon and Jordan, often caring for kids who live in refugee camps. 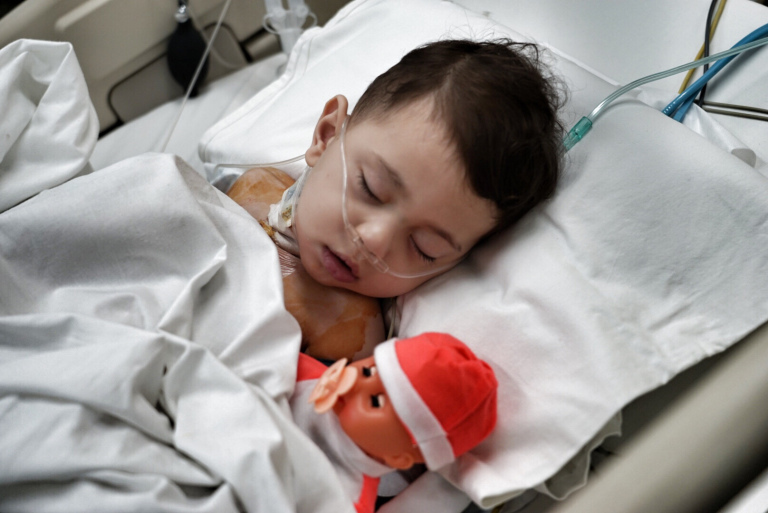 In an email from Beirut, Rocchio said the mission is going well, though the team will likely end up doing only 10 surgeries, rather than 12 because two children had viruses. Some members of the Riley contingent will lecture at American University at the end of the week to further educate healthcare providers there on new treatments. Matt Cook, president of Riley Children’s Health, and Dr. Elaine Cox, chief medical officer, joined the group Tuesday.

“Our missions are not only humanitarian but also a transfer of skills between hospitals,” Rocchio said.

Brittany Mote, a cardiovascular OR nurse for six years, is accompanying Dr. Turrentine on her second medical trip overseas. A few years ago, she traveled with the team to Uganda, but this time being away is a bit harder because she’s leaving behind her 1-year-old son, Knox.

Still, it’s an adventure worth taking, she said.

“It’s cool to see a new part of the world and to be able to help people. These kids probably wouldn’t be able to have these surgeries otherwise. What Dr. Turrentine does is really awesome and amazing.”

While the work is just as important, the mood is a little more laid back than at home, said Mote, who is studying to become a nurse practitioner. “Dr. Turrentine is passionate about these trips and being able to help kids. It’s definitely what he loves to do. This is his vacation.” 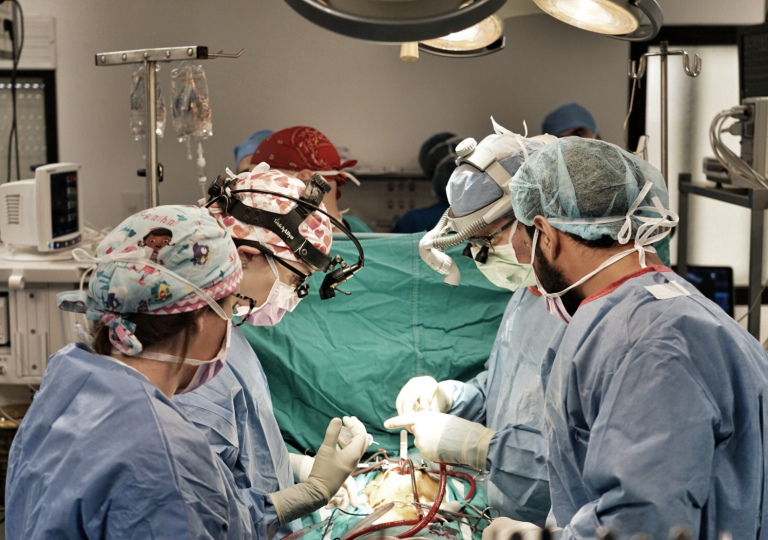 Dr. Cordes, who is blogging during the trip, said after Day 3: “As always, we are tired by the end of our days, but having an amazing time partnering with the great people from Lebanon to provide heart operations for these deserving children.”

The humanitarian missions started small, with children from other countries coming to Riley for treatment. It soon became clear that the medical team could help far more kids if the team went to them rather than have the children come here. So in 2007, Dr. Turrentine began to travel abroad to treat children closer to where they lived.

Without this intervention, Rocchio said, many of the children would die. Instead, hundreds have been saved. The group even got to have a mini reunion with some of the children they helped during their first trip to Lebanon last year.

“They are all well and appear as happy and beautiful as we all could hope,” Dr. Cordes said.

The trip to Lebanon was subsidized by Rotary Club’s Gift of Life International, Gift of Life Indiana and Gift of Life Lebanon; Chain of Hope; the Josh Lindblom Foundation; Hammoud Hospital; and American University of Beirut.

The Riley team is scheduled to return May 3.