Riley Nurse – Her Mom Gave Her A Kidney

Allyson Brock a nurse at Riley Hospital for Children at IU Health received a kidney from her mother eight years ago. It was the influence of her mom, a nurse, and of her IU Health Transplant Coordinator, that helped her decide to pursue a career in nursing.

Ask Allyson Brock how long she has been at Riley and she answers: “Since I was five.” It’s true. First she was a patient. Then she became a nurse.

It was time for her Kindergarten physical when Brock first came into contact with Riley physicians. Protein was discovered in her urine and she was sent to Riley for further testing.  Kidney dysplasia was diagnosed and she began a low-sodium, low-potassium, low-protein diet. When she was in seventh grade a biopsy showed dysplasia and IGA neuropathy. She was on medication for a time, but by her sophomore year of high school, a kidney transplant seemed to be her best option for better health. Her mother, Jill Brock, also a nurse, was a match. Dr. William Goggins performed the transplant surgery. Until recently Brock was under the care of pediatric nephrologist Dr. Corina Nailescu at Riley Hospital. As an adult, she is now a patient at University Hospital under the care of Dr. Muhammad Yaqub. 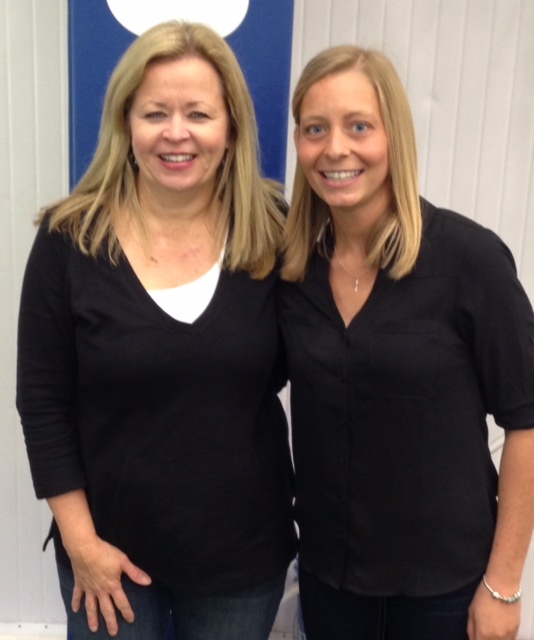 “She and my mom were big reasons why I went into nursing,” said Brock, 23. “They both love their jobs and their patients and have such great relationships with their co-workers. I saw how their jobs are fast-paced and they rely a lot on critical thinking.”

She remembers her time leading up to transplant surgery as “pretty normal.” At Seymour High School she played tennis, and was active in National Honor Society, and student government. A month before her transplant she began to feel bad but she still went to school and even participated in a tennis tournament a week before her transplant.

“I remember it happened really quickly. My mom always knew she wanted to be a kidney donor and she was the first one tested and was a match,” said Brock. She was hospitalized for five days and bounced back quickly into her normal routine. But she also learned quickly that she needed to hydrate more during sports.

After high school she enrolled at the University of Indianapolis and after obtaining her degree in nursing, she landed her first job back at Riley – where she started as a patient.

“I’ve been in these kids’ shoes before. I’ve missed vacations and camp and missed friends because of hospital stays,” said Brock, who is taking classes to become a nurse practitioner.  “I try to make it fun for them. I also understand how parents feel missing their other kids because I saw my parents go through that.”

And when she gets a chance to talk to new transplant patients Brock tells them: “There’s hope. Think positive and always take your meds.”

4-year-old Henry got a kidney for his birthday; next he’s getting a little sister

Since his transplant last summer, the Cheetos-loving boy with the contagious laugh has been hard to keep up with. He’s been asking for a puppy, but his mom says a baby sister will have to do for now.

Three Diverse Pediatric Doctors, One Organ in Common: The Kidney

There’s a triangle of doctors who work with a dedicated staff at Riley Hospital for Children at IU Health. Their focus is on pediatric kidney disease and transplant.