Riley NICU Nurse Says Job Is ‘Good For My Soul’

Jo Curtiss has been caring for the littlest Riley patients for 42 years, and on top of that, she volunteers with her dog Murphy as part of the hospital’s pet therapy program.

Jo Curtiss just loves the babies in her care. For 42 years, the NICU nurse has been by their side at Riley Hospital for Children, tending to their every need.

Curtiss works the night shift in the NICU. It’s calmer and quieter, she said, but there’s still plenty of activity. Most nights there are 60 pre-term or sickly infants in the unit. Each nurse is responsible for one to two babies, depending on the level of care required. 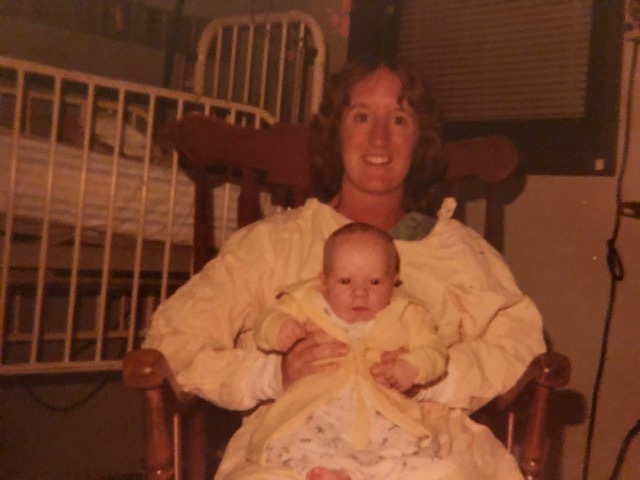 “I remember the very first time I touched a little preemie,” Curtiss said.

That would have been in 1976, her first year on the job. “I’ve never forgotten that feeling, and I still get that feeling. Here’s this little human being, this little tiny body – their whole future is ahead of them.”

Nursing came naturally to Curtiss and two of her sisters. “We had a very caring family. We learned that from our mom. She was a stay-at-home mom; she cared for people, but she didn’t have the nurse behind it.”

One of Curtiss’ daughters is a nurse, as are several nieces and nephews, and one is a doctor. 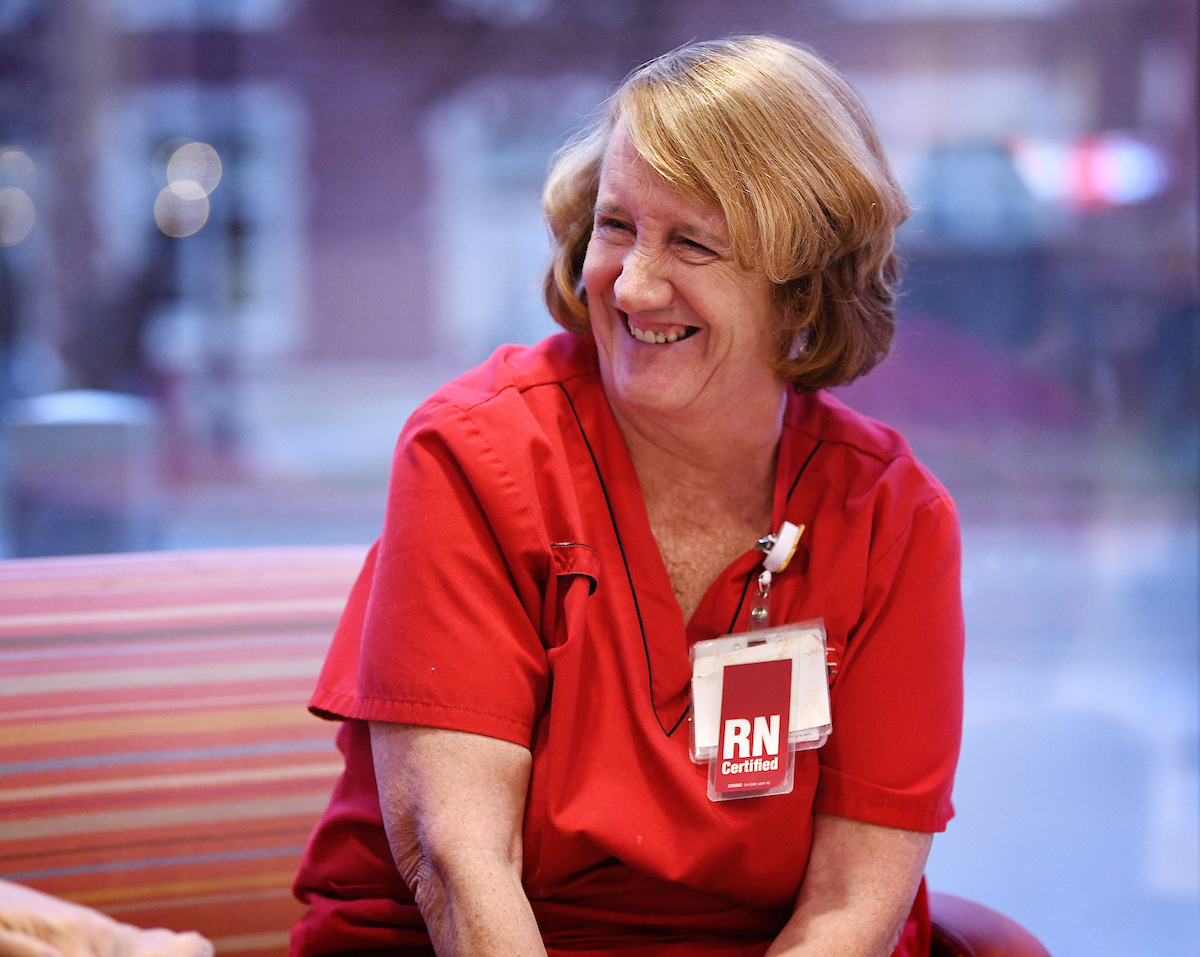 In her four decades at Riley, she’s had her share of mini reunions with former patients and their parents. Just the other day, she reconnected with a woman whose now-25-year-old daughter was in her care.

“The mom still feels that connection 25 years later,” Curtiss said. “I was just thinking some of the babies I’ve taken care of might be young grandparents today.” The thought makes her chuckle, but she has no plans to retire soon. “This job is good for my soul.”

She works Friday, Sunday and Monday nights in the NICU. Then there’s her volunteer job. Curtiss and her Golden Retriever, Murphy, are among Riley’s rotating contingent of pet therapy teams, visiting patients twice a month. 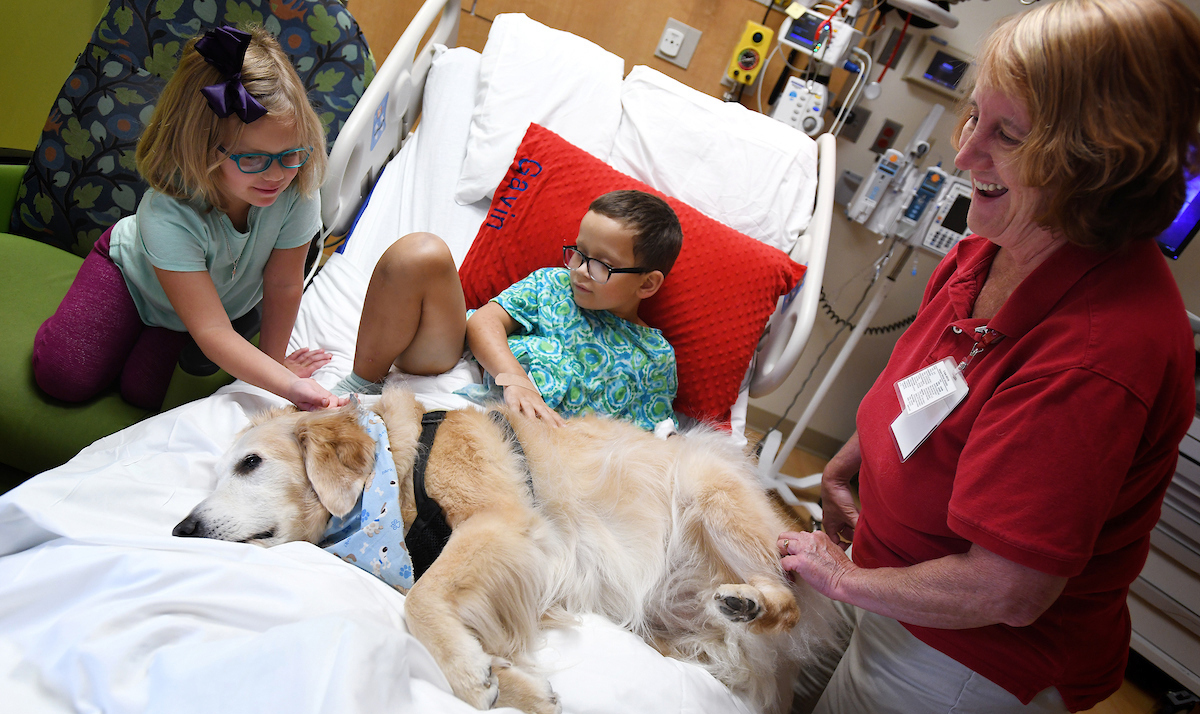 And Murphy is not just therapy for the bigger kids at Riley. “She’s my own little therapy dog,” said Curtiss, who acknowledges that working with seriously ill babies can take an emotional toll.

“I have a life outside the hospital, so I try to leave it here. When you bring it home with you, that’s when you get down, and then you can’t be there to help the next baby.” 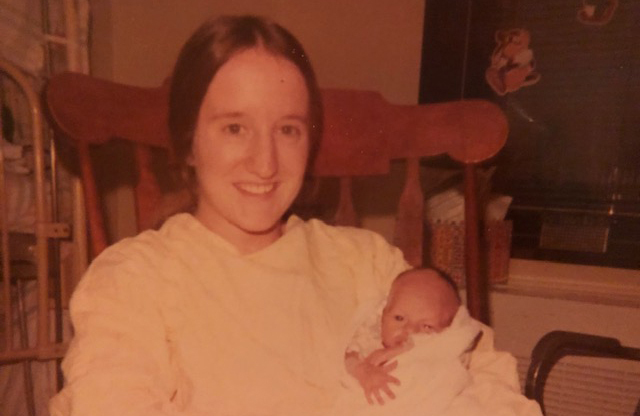 Sometimes she can’t help but think about the babies she’s lost over the years, but advancements in technology have made a world of difference in survival rates. Babies are alive today who wouldn’t have survived had they been born even a decade ago, much less four decades.

One family has stuck with Curtiss over the years. A couple who had an infant with a serious heart defect that was “incompatible with life,” she said. The family was intensely private, but they allowed Curtiss into their world when they were making the heartbreaking decision to disconnect their baby from a ventilator.

She still remembers when the infant passed, how the couple gently bathed the child, dressed him in tiny clothes and took him home to bury.

It was an honor to help the family, Curtiss said, “but it took a lot out of me.”

Asked if she has any advice for younger nurses today, Curtiss said simply, “Ask questions, be happy, be involved.”