Allison Longest put her heart and soul into training for and running her first marathon to support children with congenital heart disease.

Because this Riley mom wasn’t running for a medal or a personal record. She was running for kids with congenital heart disease. Kids like her 5-year-old son, Zachary. 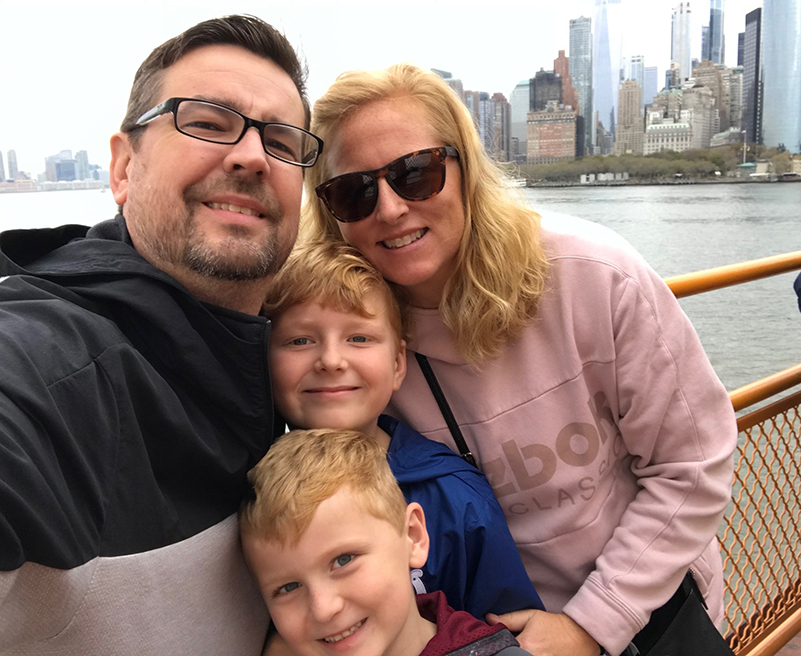 That’s how long it took Allison Longest of Fishers, Indiana, to run the New York City Marathon. With more than 52,000 participants, the marathon is the world’s largest, and it got quite congested at times, this first-time marathoner said.

“It was hard to keep my pace because there were so many people.”

But the experience was amazing, she said. The best part? Seeing her family, including her husband and two sons, at about mile 20 as they cheered from the sidelines.

“That was pretty much the highlight of the race,” she said. “I ran over and gave each of them a kiss and hug. That really left me smiling and happy. Out of all the people there – it felt like millions – it was super cool to see them.” 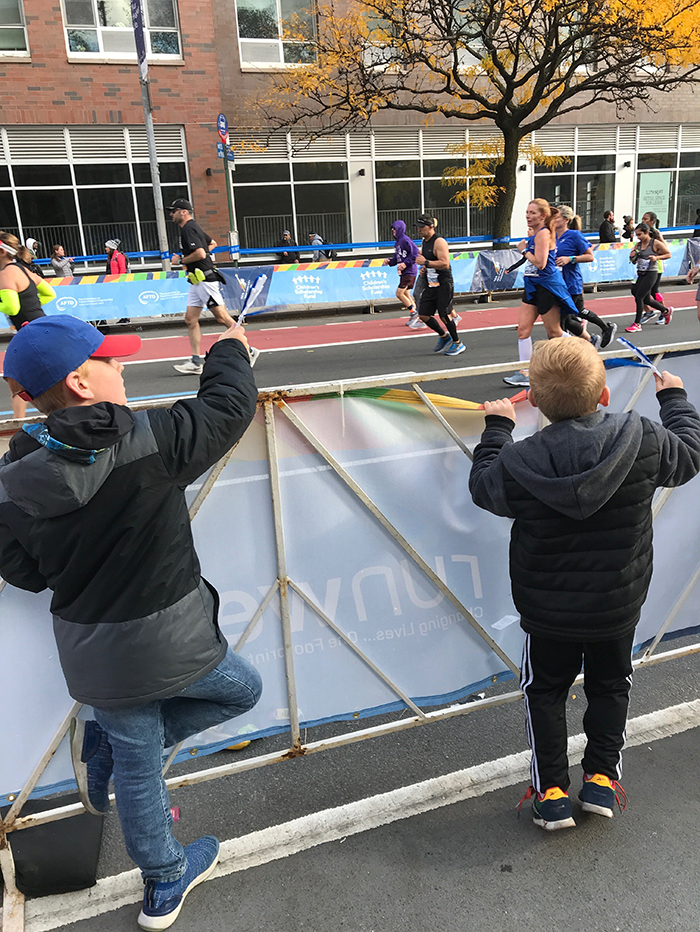 Longest trained for months for the Nov. 3 marathon, which was her way to raise money and awareness for the Children’s Heart Foundation, a cause close to her heart.

Zachary was diagnosed with a bicuspid aortic valve, aortic valve stenosis and aortic valve leakage by Riley Hospital for Children cardiologist Dr. Anne Farrell a week after his birth at a northside hospital.

Nearly one in 100 babies is born with a heart defect in the United States each year. About one in four of these has a critical heart defect.

Longest, who works in sales for Reebok, chose to run the marathon to support research into the diagnosis, treatment and prevention of congenital heart defects. She and her husband, Christopher, are passionate about CHD awareness and previously chaired the Congenital Heart Walk in Indianapolis.

When Zachary was diagnosed, neither she nor her husband knew anything about congenital heart disease, she said. “And one in 100 babies are born with it. It’s just astounding.”

The five hours she spent on the race course gave her plenty of time to think, she said. Perhaps her toughest stretch was at about mile 16, “just when you’re starting to get a little tired,” she said.

Although spectators were loud and supportive throughout the race, this portion was unusually quiet and it was uphill. It would have been easy to get discouraged.

“I was reflecting on my journey to get to that point and why it was so important for me to do this.”

Along the way, she met another CHF team member who shared her story of a loved one who had passed away from a heart defect. And Longest thought about friends who also have lost kids to the same heart defect.

It’s amazing, she said, “how much my life has changed since Zachary was born and how my mission and my goals and my priorities in life have shifted.”