Riky Howard started his toy drive when he was 7. Now 14, he still enjoys delivering smiles to patients

Alarik “Riky” Howard was just 6 years old when he first came to Riley Hospital for Children. Diagnosed with chronic pancreatitis, the Gary youth spent many holidays in a hospital room, and he remembers how that felt.

That’s why in September 2012, after a year of being in and out of Riley for treatment, he asked his dad a question.

“Can we do a toy drive for the hospital?”

Wesley Howard doesn’t know why or how his son came up with the idea, but he wasn’t about to say no.

For seven years now, Riky and his dad, along with some friends, have been delivering toys to Riley right before Christmas.

On Friday afternoon, after a rainy 2 ½-hour drive from Gary, the Howard crew descended on the Simon Family Tower lobby with hundreds of donated toys crammed into the long bed of a pickup truck and protected by a tarp. Most of the toys were collected with help from businesses and donation boxes placed around Gary and in surrounding communities including Griffith, Crown Point and Hammond.

“We get an awesome response,” Howard said of the community’s support. “And Facebook is a powerful tool.”

Ann Hannan, director of the Riley Cheer Guild, was on hand to accept the delivery, which included boxes of board games, Barbie dolls, action figures, Hot Wheels and Matchbox cars, trucks, coloring books, stuffed animals and more. Much more.

Like all toy donations, these will be sorted, inspected and tagged by a team of volunteers for distribution not just at Christmas, but throughout the year. 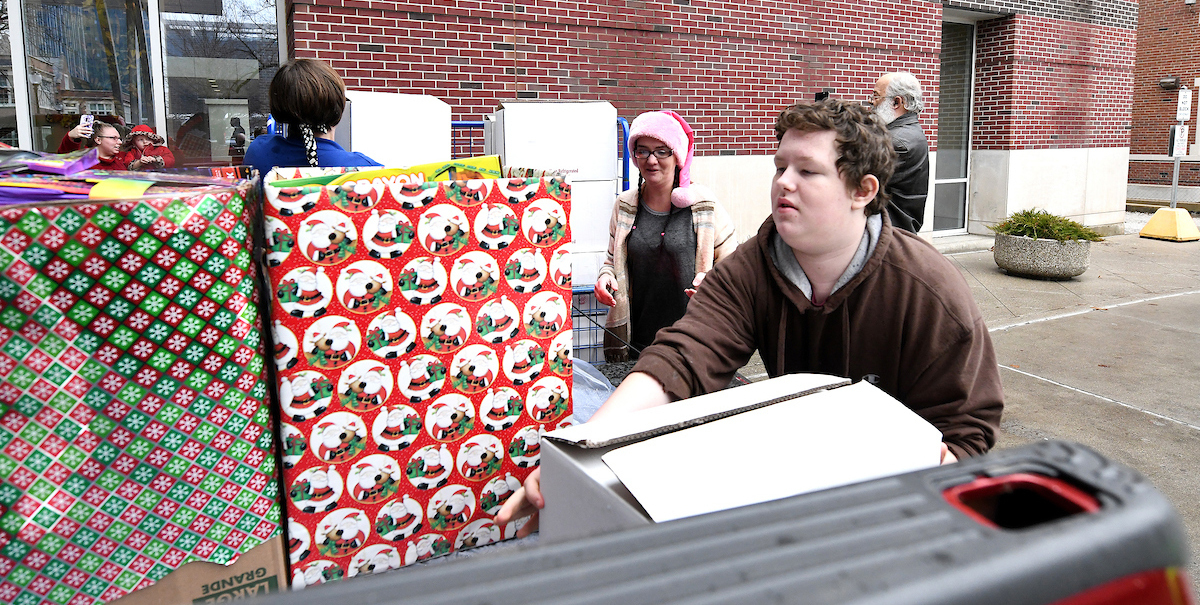 The toy donations make a long stay bearable for patients and families, Hannan said. The gifts can help support children during procedures or help them pass the time during a long wait.

“When our patients become donors, they know exactly what other kids want and can give the best gifts,” she said.

Riky knows that first hand. While he’s healthy now, he still feels a connection to Riley and wants kids to know they’re not forgotten during the holidays or any time of year.

His dad sometimes wonders where his son got his good heart.

“People say they don’t see it coming from me because everybody calls me the Grinch,” Howard said with a chuckle.

Riky, an eighth-grader who likes to play football and video games, isn’t the same little boy who dreamed up the idea of a toy drive, but he still gets a kick out of it.