The ways ultrasound can be used in children in the emergency room are endless: Checks of cardiac function, bowels, kidneys and appendix. Looking for pneumonia in the lungs, food blockages, trauma and blood in the abdomen.

He stands in the bustling emergency department next to Mindy and Ray.

“Here they are,” says Dr. Nti, an emergency department physician at Riley Hospital for Children at IU Health. “These are my babies.”

Mindy and Ray are ultrasound machines – their names are a play off the manufacturer who makes them -- and they are revolutionizing how patients are treated in Riley’s ED.

“You do the ultrasound right then and there and get immediate feedback of what you’re looking at,” says Dr. Nti, who came to Riley in July and launched the ED ultrasound program.

The ways ultrasound can be used in children in the emergency room are endless: Checks of cardiac function, bowels and kidneys. Looking for pneumonia in the lungs, food blockages, trauma and blood in the abdomen. 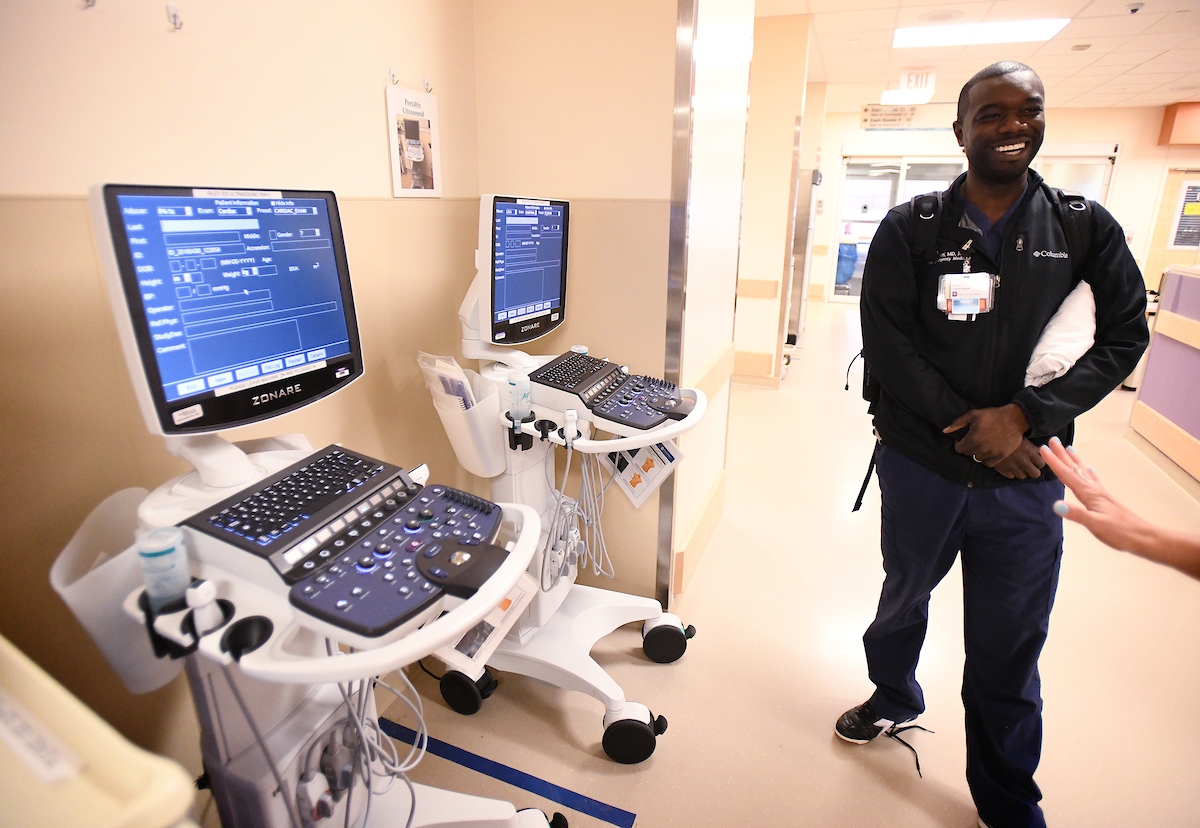 When Dr. Nti walks into a room to treat a child, the ultrasound machine at the bedside, he can see within minutes, even seconds, what he’s dealing with.

And that means a quicker diagnosis and quicker care for the patient -- determining what further testing or treatment might be needed.

“I see it as an extension of my examination,” he says.

But in some cases, it’s even more than that. It’s a live-saving technique.

During his training in Louisville, Dr. Nti cared for a 13-month-old girl who came into the ER. She had a runny nose and congestion, she was fatigued and had been lying around the house.

It was nothing that was extremely out of the ordinary, but testing revealed she had a high heart rate and respiratory rate.

Dr. Nti and the attendee performed a cardiac ultrasound. They wanted to see if the heart was squeezing well enough. It wasn’t.

Her heart was barely quivering. An hour or two later, she would have likely gone into cardiac arrest. Dr. Nti was able to call the cardiology team to look at the images and do further testing. The little girl was admitted to the ICU and had a great outcome.

The ultrasound can be used for less dramatic cases, as well.

Perhaps a child comes in with redness of the skin that is swollen and looks like a boil. Dr. Nti can use ultrasound to see what is underneath, how deep it goes and any other alarming symptoms.

The department is also using ultrasound for IV placement, to quickly and easily get to the right vein, so there is no digging.

And that may just be one of the best, lesser known, parts about the ultrasound. It’s non-invasive. Kids hate needles and pokes and being restrained. The ultrasound is none of that. 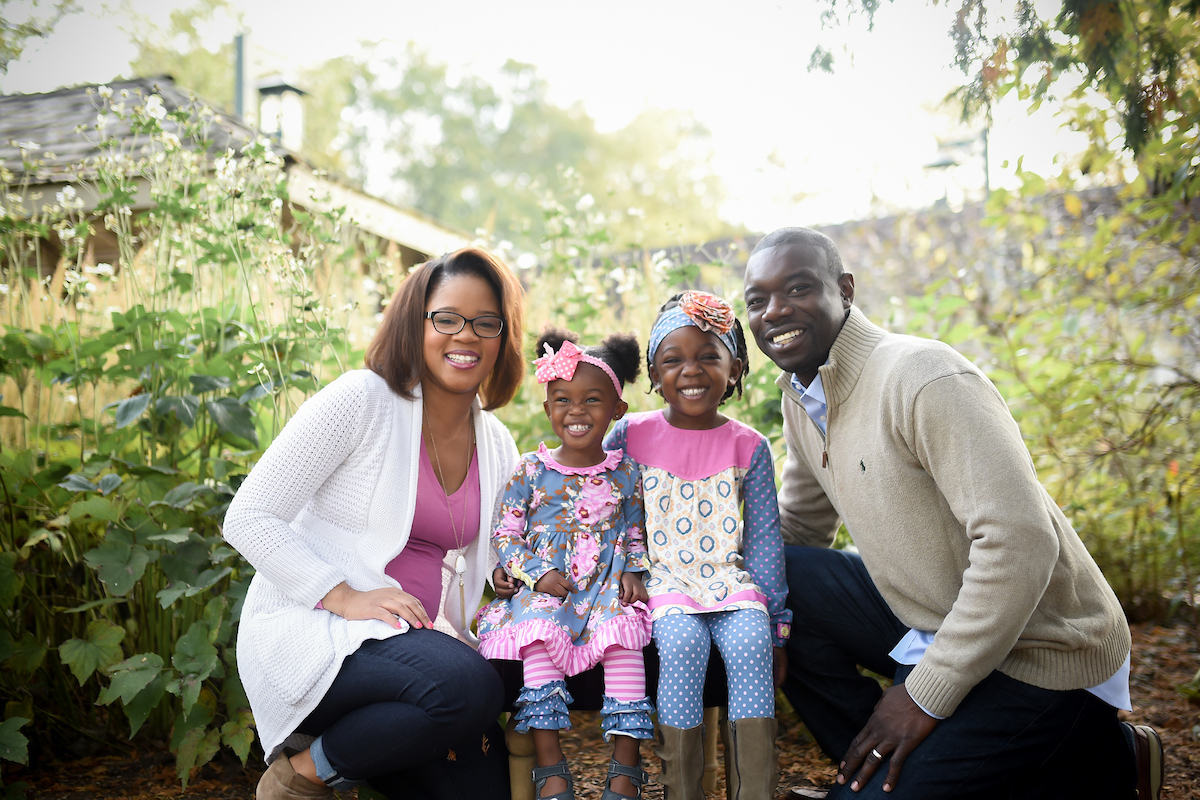 Personal: He is married to wife Jacqueline, who he met at Meharry Medical College in Nashville, Tenn. Jacqueline is a pediatrician. The couple has three children, Juliana, 5, Victoria, 2, and Elijah, 5 weeks old.

First love of medicine: Dr. Nti lived in Ghana as a young boy and often was stricken with malaria. “I would go to the hospital and I was so infatuated with the doctor,” Dr. Nti says. “From that standpoint, I wanted to help as much as I could.”

Growing up: When he was 10, Dr. Nti’s family moved to New Jersey.

His dad was a preacher, his mom was a nurse and he had several aunts who were nurses. “Hearing from them and their experiences with patients always had an impression on me,” he says. “I try to put myself in patients’ shoes all the time.”