People say there is no pain worse than the physical pain of a burn. But Angela Seitz knows that there is. It’s the psychological pain, the grief, the loss and the sadness that comes with it.

Angela Seitz will never forget that day. The day her job as a nurse on the burn unit meant dressing three patients for a funeral.

Their mom had died in the house fire that had burned them so badly. Their sister had died, too.

“I will never forget them,” says Seitz, who has worked two decades in the burn program at Riley Hospital for Children at IU Health. “I remember getting them ready for the funeral, changing the bandages and dressing them and how devastating it was.”

That’s the thing about burns. The wounds go so much deeper than the skin.

People say there is no pain worse than the physical pain of a burn. But Seitz knows that there is. It’s the psychological pain, the grief, the loss and the sadness that comes with it.

And in the burn program at Riley, Seitz is the light in the midst of it all. She is the nurse who has figured out a way to make burn patients giggle and parents’ guilt dissipate.

A nurse who is a protector, who changes wound dressings while soothing the terrible pain – including the pain that reaches beyond the skin.

“It’s hard to explain or really put into words what she does or how she does it,” says Susan Henderson-Sears, NICU family support director at Riley, who leads the Red Shoes award program. “She just has this uncanny ability to connect with patients.”

Carson Filbrun is laughing in the burn clinic at Riley. Seitz is there with him. She’s the kind of nurse who likes to poke fun at herself. She’s the nurse who makes even the worst times seem OK.

It’s only been months – less than six months – since the accident. It was Feb. 4 when Carson, who turned 12 this month, went out to feed his dogs. 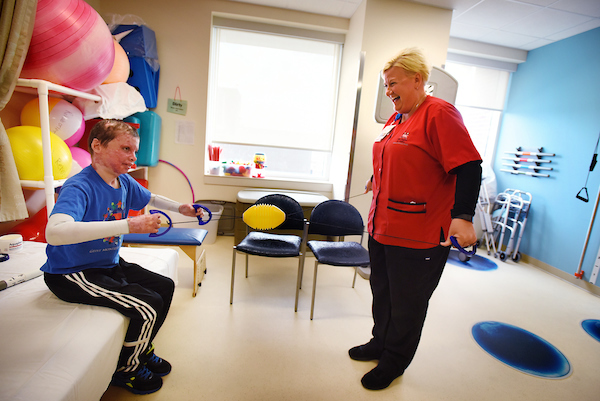 A heater exploded, leaving burns over 40 to 50 percent of his body, mostly on his face, hands, forearms and legs. Carson was taken by LifeLine to Riley.

He stayed at the hospital until June. Now, he comes back three days a week for outpatient visits at the burn clinic. On this day, Carson has elastic bands and he is determinedly pulling them. Seitz is encouraging him. She is so proud.

After being a bedside nurse with the inpatient burn unit for years, Seitz is in the burn clinic doing outpatient care. Both are part of the burn program at Riley and housed on the same floor.

Seitz was instrumental in making the burn clinic a reality when the department moved to the Simon Family Tower at Riley, which has the region’s only pediatric burn program verified by the American Burn Association and the American College of Surgeons.

She has been key in making the transition from inpatient to outpatient seamless for patients, says clinical manager Kathy McGregor, who has worked with Seitz since she first started at Riley.

“Angela has the expertise and abundant caring practices to make every family and child feel that they are her only patient,” says  McGregor.

No surprise, really. This is what Seitz has wanted to do her entire life.

Most kids can tell you around 8 years old what they want to be when they grow up – a teacher, an NBA player, a firefighter, a chef. Most of the time, that 8-year-old career dream doesn’t pan out.

Seitz was in fourth grade, 8 years old, when she told her family she wanted to work at Riley. A family member had cerebral palsy and was treated at Riley. Seitz saw and heard what a “great place it was.”

“I didn’t know what I wanted to do there,” Seitz says, “but I knew I wanted to work at Riley.”

When Seitz was old enough to drive herself to Riley, she did. At age 17, after school, Seitz would drive to Indianapolis to volunteer in the toddler unit at Riley. It was an hour to get there and an hour back.

It’s funny how things happen, how Seitz always knew she would end up at Riley. But how she never dreamed she would work in the burn unit.

She remembers the day when it happened, when the burn unit became her unit. It was the day she met the little girl with the arm splint.

Seitz had been asked if she would be interested in working on the burn floor. “No way,” Seitz said at the time. “But I’ll come and visit.” So, she did.

“I went and I just fell in love,” Seitz says. “I’d been there five minutes and I was in love.”

That little girl was burnt and she was upset and crying. The splint she wore made her arm stick straight out to the side. Seitz started pretending like it was a guitar, playing it. The girl burst into giggles.

Seitz has been in the burn unit ever since, bringing joy to patients, helping them through their toughest days. And she has been there working closely with parents, who often feel like it’s their fault when their child gets burned. 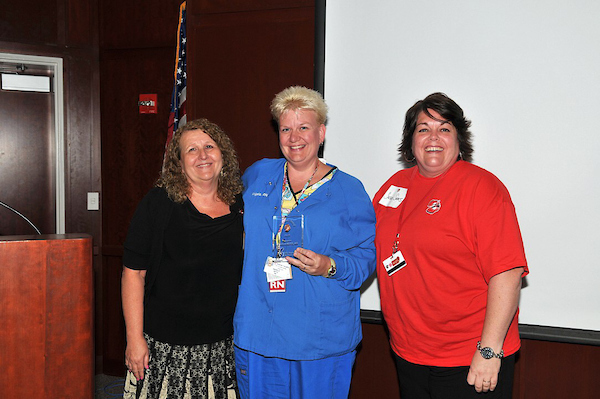 The guilt they carry with them, Seitz tries her best to ease.

“I try to give them as much encouragement as I can,” she says. She tries to do anything she can to lighten the load. Families are always telling people at Riley how much they love Seitz, how great she is, says Henderson-Sears.

Seitz has won more awards than can be counted. Dozens of awards -- from peers, from supervisors and from families who nominate her for the Red Shoes Awards.

Seitz doesn’t quite understand all the attention, but most true and great caregivers don’t.

“I don’t think I do anything special,” Seitz says. “Treat people as you would want to be treated. Treat them with care.” 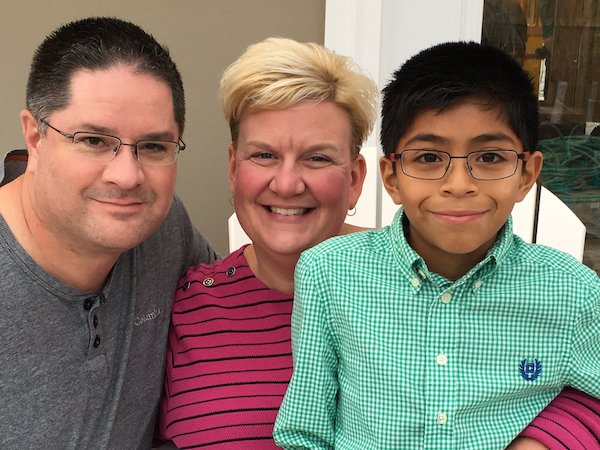 Outside of Riley: She and her husband, Mark, have a 10-year-old son, Ryan. The family lives in Fishers and spends a lot of time hanging out at the soccer fields, where Ryan plays. They also enjoy fishing and Seitz likes photography.

Her patients: “There is something very unique and special about each family. Usually, those that have burns over more than 50 percent of the body, you spend a lot of time with. Or those who have lost siblings or family members, those kids will always have that special place. But every kid does. Every kid has a special place.”

A big heart: Seitz and a colleague at Riley started a Bead Program for burn patients. She also volunteers at Hoosier Burn Camp, with Every Dog Counts Rescue (helping with burn and wound care) and with the UBelong program of the Phoenix Society.