A grateful father nominates team after the “amazing” care his son received for burns suffered in a freak accident.

At first, the accident on the treadmill didn’t seem that serious.

Michael Mast’s then-7-year-old son, Eli, slipped and fell while reaching for something near the treadmill, which was turned on, and was pinned to the wall. He suffered friction burns on his arms, legs and foot. 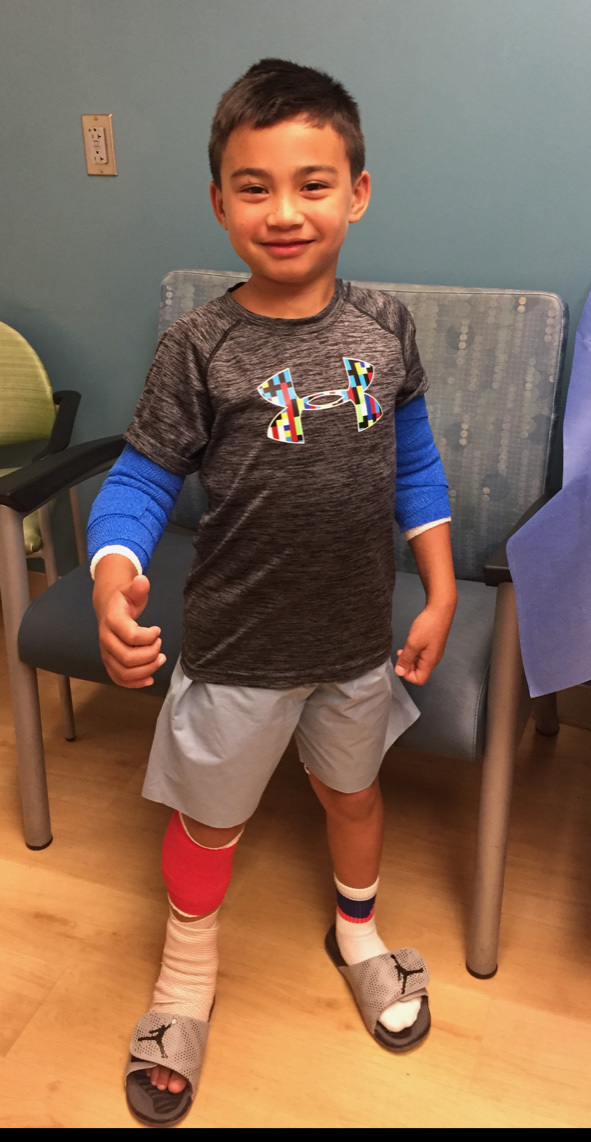 It happened on a Saturday night in 2017, and Mast, who lives with his wife, Joan, and family in Kokomo, took Eli to a hospital emergency department. Eli was examined and sent home with some medication; his parents were told he’d be fine.

Mast had a nagging feeling the rest of the weekend. He took his son to school Monday morning and spoke to a teacher who suggested he take Eli to Riley Hospital for Children at IU Health. He followed her advice and today couldn’t be more thankful – to Riley and to the outpatient burn clinic, specifically.

“I’m speechless,” she said after receiving the award. “The whole team was nominated, but they’re all busy and they said to send the leader of the pack.” 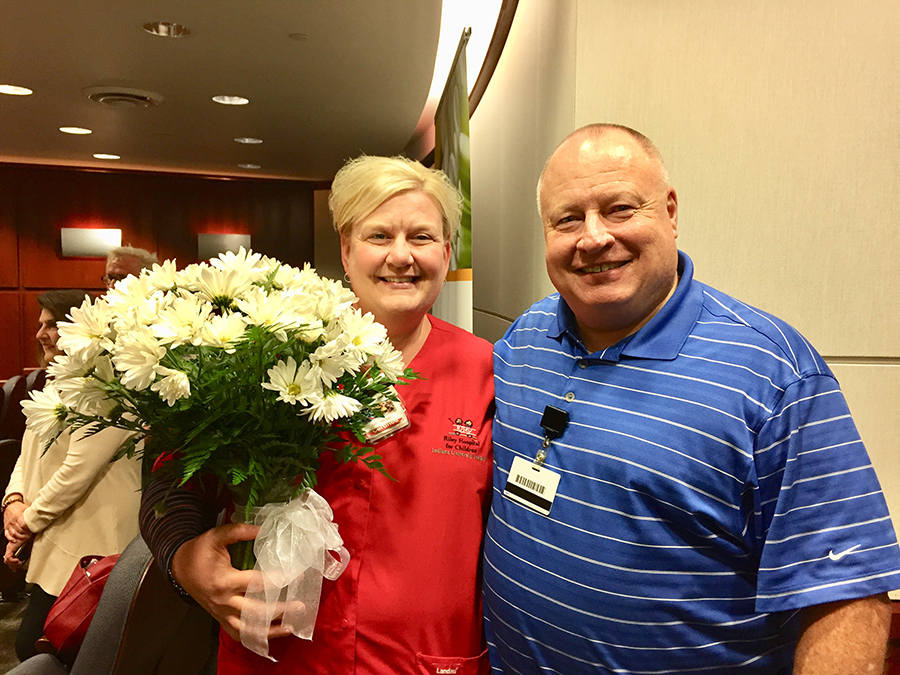 Waiting to congratulate her was Eli’s grandfather, Randy Mast, who slipped into the ROC auditorium to watch the awards and surprised her afterward. The elder Mast, an IU Health employee, had attended several of Eli’s treatment appointments.

The burn clinic, which treated Eli over several months, was nominated by Michael Mast in a letter that described the exceptional care his son received. He gave shout-outs to several team members, including Seitz, who he said is one of the most amazing healthcare workers he’s ever seen.

“From the moment we met her, she made us feel safe … I was an emotional wreck,” Mast wrote. “Angela took her time, and she made sure Eli was very comfortable before she began cleaning his wounds.”

The burns on Eli’s arms and legs, while painful and ugly, were second-degree and would heal in time. The burn on the top of his foot was much more serious – a third-degree burn. Right after the accident, it had a white, charred appearance, Mast said. But by Monday at Riley, it was oozing and exposed a gaping wound.

Treating a serious burn is a painstaking and painful process, but Seitz explained exactly what she was doing and instructed Mast how to clean the wounds in between visits. She joked with Eli as she scrubbed and bandaged the wounds to try and keep his mind off the pain.

His son, now 9, was “tough as nails” that day, Mast said. But the care he received was “phenomenal.” 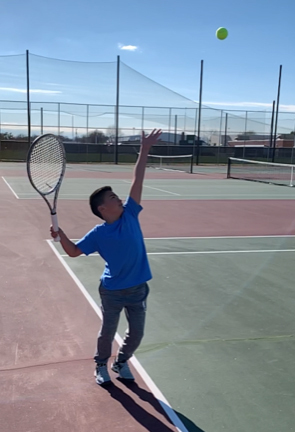 “This was a freak accident, and it could have been horrific. It could have gotten to the ligaments and tendons and he might not have been able to walk the same way,” Mast said by phone Wednesday. For a sports fiend like his son, that could have been life-changing.

“Everybody thinks their kid is the world’s best athlete, but he is really, really gifted,” Mast said.

Today, Eli has a noticeable scar on his foot, but the incident hasn’t slowed him down on the basketball or tennis courts, where he loves to play.

“Compared to other kids with burns (at Riley), this was nothing,” Mast said. “But for me it was a huge deal. I blamed myself, beat myself up for months. It was horrible, but we finally got through it.”

“Your staff is amazing … a Godsend,” he wrote in his letter nominating the burn team for the Daisy Award. “I thank you from the bottom of my heart.”

Note: We’ll highlight other winners of Nursing Excellence Awards in a separate story.