Respiratory therapist worries about the risks of vaping

Annette Rhine gave up a sales career to follow a passion, working with kids who suffer from asthma, cystic fibrosis and other lung diseases.

Annette Rhine traded a life on the road for a life in the hospital when she switched careers.

Rhine, a respiratory therapist at Riley Hospital for Children for the past 13 years, previously worked as a sales executive over a five-state territory for Sherwin Williams.

It was a pretty big change, she said with a laugh. “I sold paint for 16 years.”

Now she helps save the lives of children with severe respiratory diseases, including asthma, cystic fibrosis and the latest health crisis – vaping.

The pull of working with children began years earlier, but the birth and death of a nephew at Riley helped crystalize her vision.

She took it as a sign that this is what she was supposed to do. So she went back to school and started over.

“This is where I want to be,” she said. “I know I can have a bad start to the day, but when I come in the door here and start working with my kids, it’s not a bad day anymore.”

Her young patients have so much more on their shoulders, she said. “Even with everything they have, they lift me up. This is the least I can do.”

As the vaping crisis has intensified and young patients have been treated at Riley, Rhine said it’s hard to see otherwise healthy kids putting unhealthy substances – in this case e-cigarette smoke and other chemicals – into their bodies.

“We hear about kids in fifth grade using them,” she said. “People don’t know how bad it is.”

As of Oct. 1, 16 vaping-related deaths had been reported in the United States. Meanwhile, untold numbers are being treated for serious, and in some cases mysterious, lung diseases believed caused by vaping.

Warnings about the risks of vaping are now included in asthma education at Riley, Rhine said. 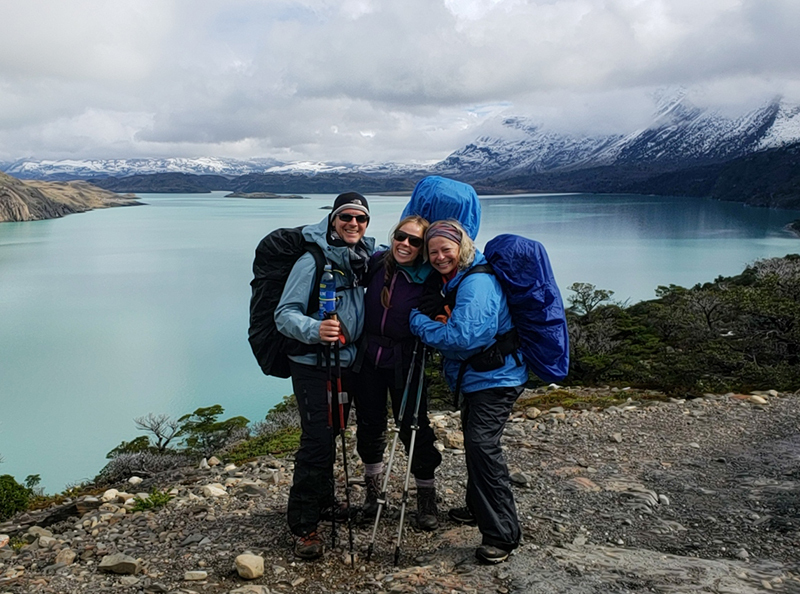 But helping kids – and their parents – breathe easier is her passion. On any given day, you might find Rhine working with babies in the NICU or older children on the eighth floor. She also serves as an educator and occasionally has charge duties. She likes it all.

When not at work, she enjoys traveling and hiking with her husband, Richard. The couple just returned from a hiking adventure in Patagonia, South America with a niece.