PTSD in parents: The trauma of caring for sick kids

An estimated 10-20% of parents with medically fragile children meet the clinical criteria for PTSD. The triggers may be different, but the results can include hypervigilance, withdrawal, anger and guilt.

Ever since her son was diagnosed with acute myeloid leukemia in 2018, Alison Isenhour has felt a seismic shift in her outlook on life, her personality and her priorities.

Before that January day nearly two years ago, she was a self-described “control freak.”

“I used to micromanage everything. Everything was scheduled to a T, there was no deviating from the schedule. I had a very set routine.”

But the doctor’s words, delivered on Adam Isenhour’s 13th birthday, changed all that. 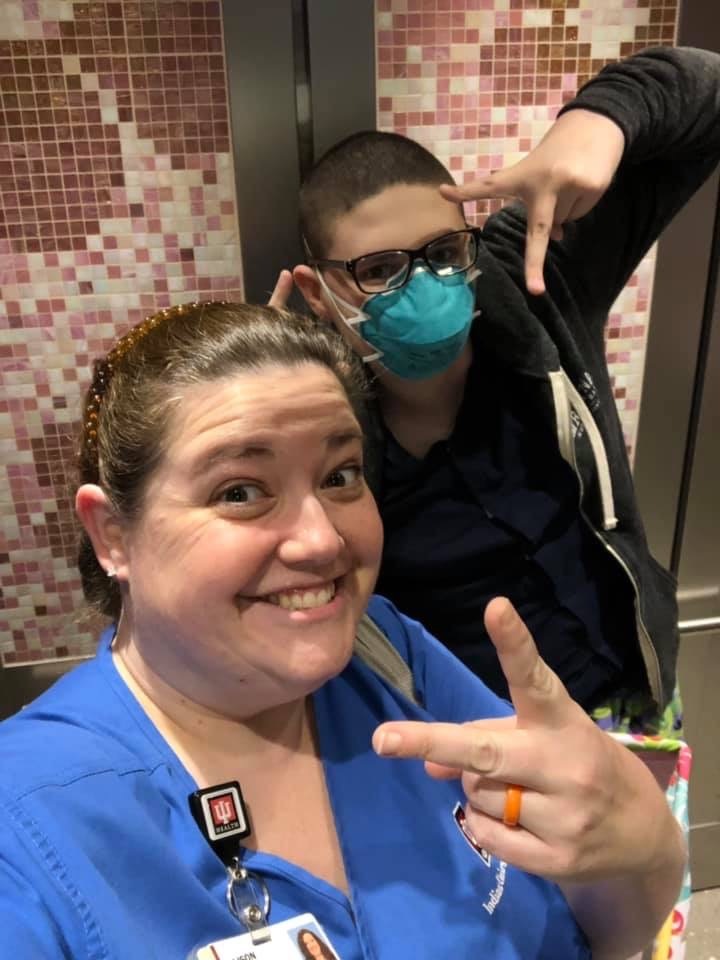 “Now, I’m just, ‘whatever.’ I can’t do anything about anything.”

That doesn’t mean she has given up caring. But she has stopped worrying so much about the small stuff.

“I remember after Adam first got diagnosed, just out of habit I picked up my phone to get on Facebook and I was scrolling through, thinking, ‘none of this matters and why am I bothering.’ At the same time, that can be frustrating because you’re not up with things, but you just don’t care.”

Isenhour believes she is just one of many parents of kids with life-threatening medical conditions who suffer symptoms of PTSD (post-traumatic stress disorder), a psychiatric condition that develops after a traumatic event.

While the condition is more associated with veterans of war and emergency first responders, an estimated 10-20% of parents with medically fragile children meet the clinical criteria for PTSD, according to a blog written by pediatric psychologist Kate Junger of Cincinnati.

The sound of fireworks or a car backfiring might trigger a response in a veteran or first responder who associates it with a bomb or gunshot. But PTSD looks different in parents of sick kids.

Symptoms may include: re-experiencing disturbing thoughts through nightmares or flashbacks; avoiding people, things and places that remind them of the trauma; fighting negative thoughts and feelings of guilt, anger and sadness that can lead to withdrawing from others; and a sense of hypervigilance that can result in difficulty sleeping and irritable outbursts.

TRIGGERS CAN BE SMALL

Isenhour, a radiologic technologist at IU Health Methodist Hospital, can relate to all of the above.

“I have said since Adam was first diagnosed that I feel like I have that,” she said. “I’ve even searched it online to see what the symptoms are and talked to my doctor about it. I think it’s completely accurate. I’ve also talked to other pediatric cancer moms, and we’ve all said we totally feel like we have PTSD after all this.”

Triggers for her, especially working in a hospital, can be codes called out on the PA system or innocent remarks made by friends and strangers about minor inconveniences. She takes timeouts when she fears she may lash out at someone inappropriately.

She swallows the words she wants to say, but those words come out in her moms’ group or when she gets home.

“It’s nobody’s fault; it’s just that it has triggered something in me.” 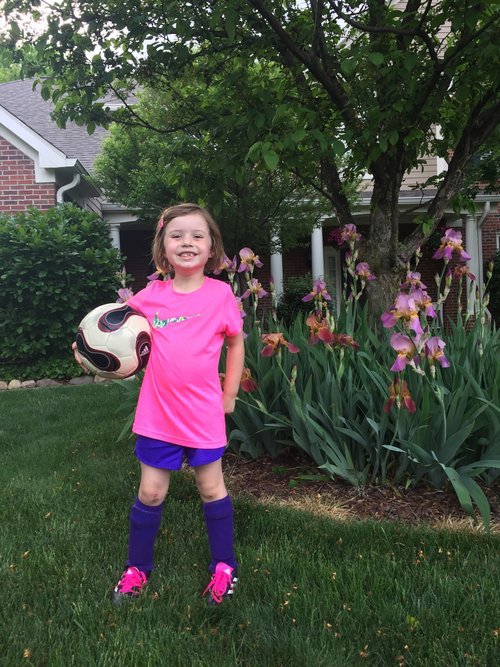 Laura Spiegel gets it. The mother of a 6-year-old with cystic fibrosis chairs the Pediatric Patient and Family Advisory Council at Riley Hospital for Children at IU Health.

“We talk a lot, almost every time we get together, about how the emotional and psychosocial elements of managing a complex chronic condition are sometimes as challenging, if not more so, than the clinical and physical part of it,” she said.

She relates the story of one woman whose son is a cancer survivor.

“She talks about that feeling as a parent of the first time they were administering chemo and the knowledge that the chemical going into her child was a poison. Her instinct was to just rip it out, even though ultimately that was what was going to save her child. To this day, that’s a feeling she will never forget.”

Spiegel says with CF in particular, the priority is infection control and avoiding germs. In the first few years, she felt she needed to isolate her daughter from everything.

“What that translated to and something I still feel like I’m working through today is this heightened sense of environmental threat and feeling the need to protect your child. I can hear a wet cough from a mile away. That person who’s sniffling – I hear it. I want to jump in front of her as if somehow my body is going to shield her from that cough. It’s instinctive, that feeling of wanting to protect your child from something as small as germs.”

The ever-present anxiety and worry is real. Isenhour talks about “scanxiety” – the anxious time between scans for evidence of disease.

“We don’t have scans as much as other people do, but I feel that way every time we do labs, and we go at least twice a week,” she said. “Today, I’m pretty calm because we had clinic this morning, and then it starts building. Tomorrow, I don’t know what they (the numbers) are. Then the next night I’ll be very anxious before bed and I get up the next morning even more anxious until they come in and say what the number is. Like the number magically makes it stop for a minute. Then it starts over.”

Adam received a bone marrow transplant from his father, Derek, after a similar transplant attempt from his sister left her seriously ill. She is now healthy, and Adam’s platelet numbers are climbing, but he is not out of the woods.

Vern Farnum, director of spiritual care and chaplaincy services for the IU Health Academic Healthcare Center, can relate to the feelings of trauma as a former cancer patient himself and now a pastor.

“As a child who had a life-threatening cancer (retinoblastoma) that scared my mother to death, I am thankful we now have resources to assist parents through this,” he said.

Those resources can include counseling, medication, self-care and support groups (either online or in person).

Isenhour started meeting with other moms when they were in the hospital together with their children. Now they get together once a month just to talk for a couple hours. In between, they keep in touch via text or instant messages. 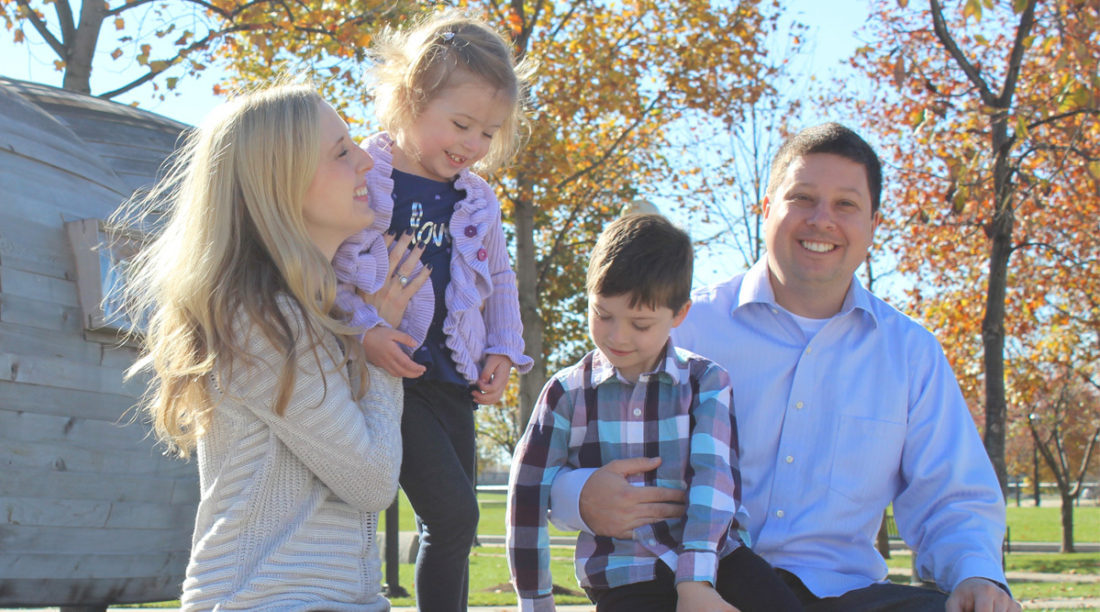 Becoming involved with Riley’s parent advisory board has helped Spiegel, giving her more of a sense of control that comes with having a seat at the table and being able to talk with other parents and Riley leadership about creating positive change.

“I feel like I’m making a difference where I can.”

She also has worked to build a strong and trusting relationship with her daughter’s care team, separating what is her role and the role of others who are there to support her.

“My role is to be there for my child and listen and advocate and communicate to physicians and the care team, and I need to trust them.”

This year, Spiegel launched Paint Her in Color, a website that offers emotional support to parents of children with special healthcare needs, while refusing to define children solely by their health.

Farnum said that while it’s usually parents who are hit hardest when a child is seriously ill or injured, “the whole family system and community system is impacted.”

“This includes siblings, grandparents, godparents, neighbors, church members and pastors,” who don’t know what to say or do.

Often, people get caught up in the “injustice” of illness, Farnum said. But until the advent of modern medicine, children often died from disease.

“While we have certainly reduced the occurrence of pediatric illnesses and death, this remains part of life,” he said. “I believe we magnify the possibility of PTSD when we live with the unrealistic expectation that should our children get sick, we can always save them.”

Another sign of PTSD is when a person loses any sense of gratitude, he said.

“A person with PTSD is totally submerged into the loss, including the emotions of anger, guilt (for being well and living), shame (for not ‘catching’ the disease sooner) and sadness. Joy is erased from the soul.”

That’s not to say that parents of children who are ill or who have died should “accept” their fate and set the experience behind them.

“The truth is, with any and all grief work, that it is an adjustment,” he said. “And effective adjustment is a lifelong journey. There will always be days when a parent is angry because the illness of their child feels so deeply unfair.”

Isenhour has found that her sleeping has been disrupted since her son’s diagnosis. She has nightmares. While she says she hasn’t lost friends, some have “gone to the background” because they don’t know what to say. “That’s OK. I don’t take offense to it.”

But she also has found many new friends because of the experience. And she has picked up photography as an outlet to stay busy.

“If I stop, I get anxious. I go full force constantly. I’m sure that will catch up with me eventually, but right now I still have to keep my head in the game because we’re still in the thick of it all. Eventually, it all will settle down and then I can have a nervous breakdown, I guess.”

If only she were joking.

“People should know how much this does affect them and take care of themselves, see a doctor if they need to for additional help,” she said. “Don’t be too proud. Reach out for support. People want to help, let them help you.”