Pint-sized sepsis hero hopes to save others from “silent killer”

Jonathin Perez, 6, nearly died from sepsis and necrotizing fasciitis. He and his family want other parents to know what to watch for in their children before it’s too late.

Jonathin Perez is a poster child for sepsis awareness. The 6-year-old might not be alive today without the emergency treatment he received at Riley Hospital for Children. 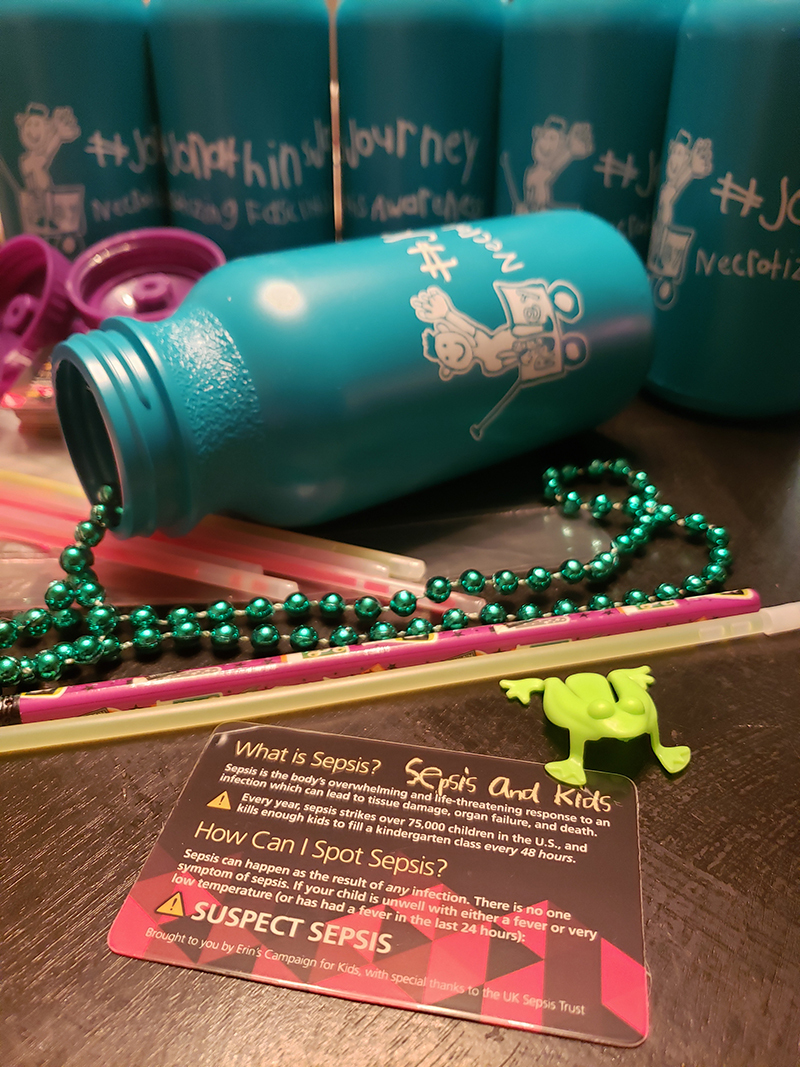 That’s why he and his family are eager to spread the news that sepsis kills.

His mom, Katie Wilson-Perez, included sepsis awareness cards in her son’s birthday bags for his kindergarten classmates last week. She figured it was appropriate because Jonathin’s birthday falls in September – Sepsis Awareness Month.

“I put in little toys for the kids too because I didn’t want to be that weird mom,” she laughed.

She ordered sepsis awareness bracelets too, but they didn’t come in early enough, so she’s saving them for Pediatric Sepsis Week in the spring.

Her son and his sister, Sophia, participated in a sepsis awareness 5K in June in honor of a man who died from the illness. While there, he and his family met Trevor O’Hern, who advocated for the passage of Josslyn’s Law in memory of his 1-year-old niece, who died of sepsis. 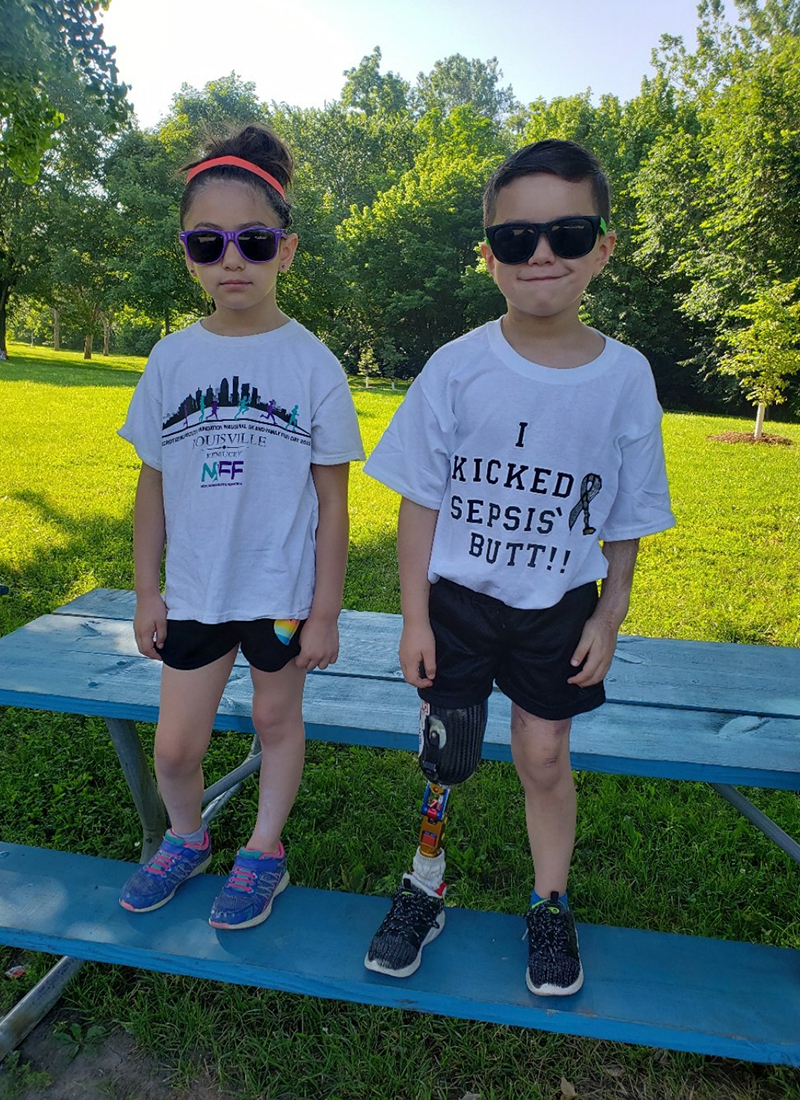 The law, passed by the Indiana Legislature this year, establishes guidelines for screening patients for sepsis in all hospitals and healthcare facilities.

Every year across the United States, more than a quarter-million people die in hospitals as a result of sepsis, defined as a medical emergency caused by the body’s overwhelming response to infection, which can lead to tissue damage, organ failure, amputations and death.

Signs and symptoms of sepsis include:

THEY ALMOST LOST HIM

Jonathin’s mom didn’t know much about sepsis before her little boy arrived in the emergency department at Riley in April of 2018 with unusual swelling in his arm after a few days of not feeling well.

Within hours, he was in septic shock and his organs had begun to shut down, the result of a deadly infection called necrotizing fasciitis, commonly known as flesh-eating disease. 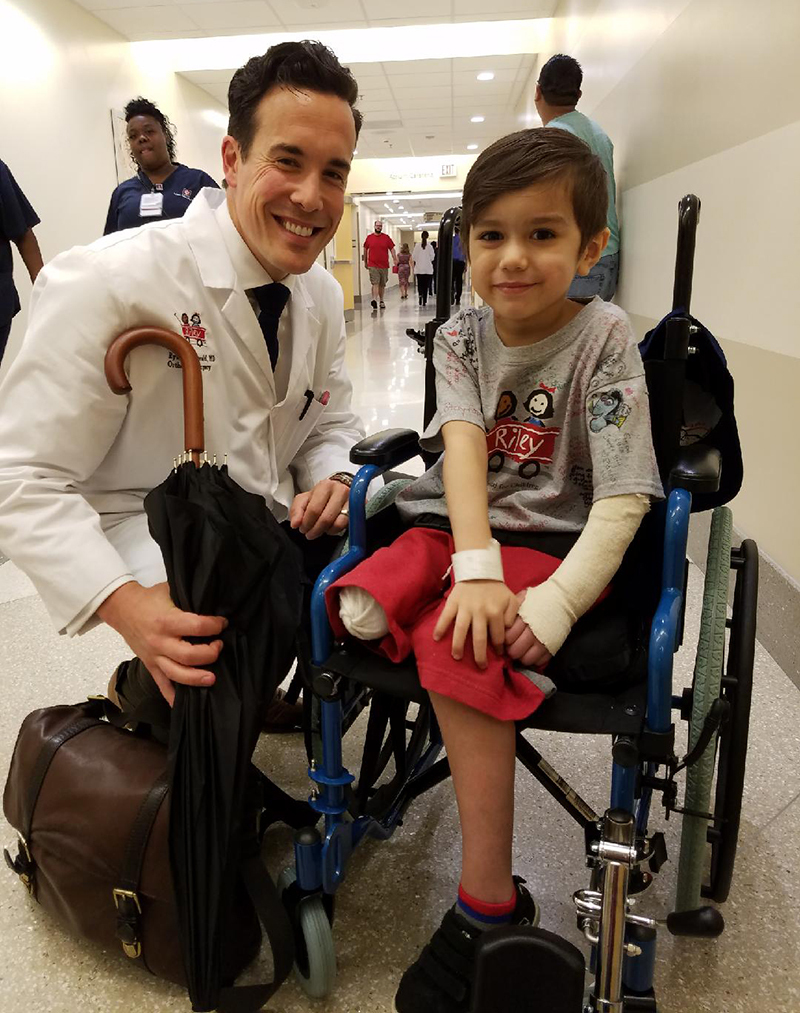 “It was up to his armpit, coming around his shoulder, getting down to his hand, extending almost to his fingers.”

As Dr. Fitzgerald performed emergency surgery to release the infection in Jonathin’s arm, others pumped fluids and antibiotics into him to counter the effects of the sepsis.

Jonathin’s life was saved that night, as was his arm, but doctors eventually had to amputate his right leg due to severe tissue damage. He remained hospitalized for nearly three months.

“He was on the brink of death, and we were able to pull him back from that,” Dr. Fitzgerald said. “If he’d been here a couple of hours later, he probably would have died.”

HIS “ROBOT” LEG DOESN’T SLOW HIM DOWN 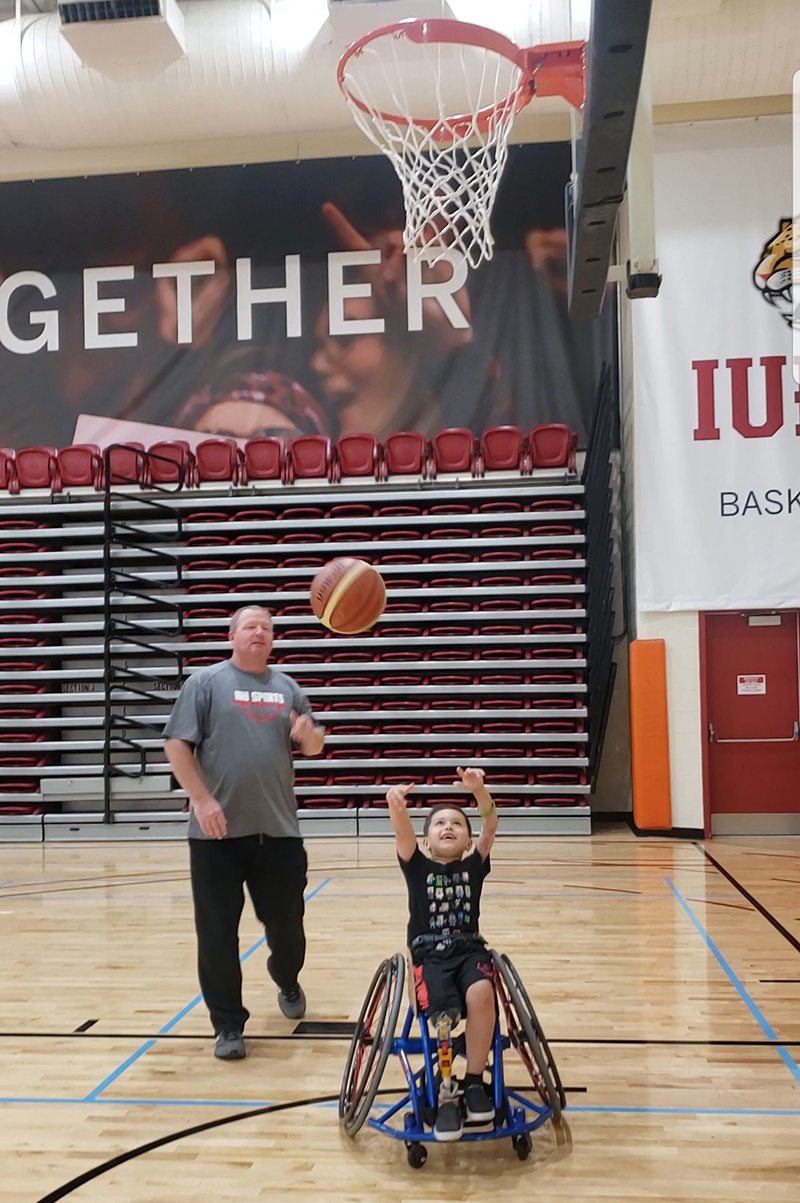 Now, the little boy with the big smile gets around easily with a prosthetic leg, or as he likes to call it, his robot leg. He recently joined a wheelchair basketball team and is getting used to a second prosthetic leg with a running blade.

“Right now he just wants to run and play, but we want to get him into sports to see what he likes,” Katie said.

She describes her son as “a crazy child who goes nonstop.” This week, in between basketball and trying out his new running blade, he got back on his bike again for the first time.

“We are so incredibly lucky to have our little necrotizing fasciitis and sepsis survivor here with us,” she said in a Facebook post on his birthday.

He might be growing up too fast. Although Jonathin just turned 6, he informed his mom that he has a girlfriend at school.

“He told me he doesn’t want to marry me anymore,” she said, laughing. “He said he already asked her and she said OK, so I guess he’s engaged.”