PICU gets a sweet surprise for reducing central line infections

Dr. Kevin Valentine: “Over the last year, the ICU team has done an outstanding job of making a safe environment for our most fragile kids in the hospital. And nurses are at the front lines of those efforts.”

The doughnuts that Dr. Kevin Valentine brought to the PICU the week before last were more than just a thank-you to the team. They were a symbol of progress.

The rich, round Long’s doughnuts represented a giant zero, and that’s the point Dr. Valentine was trying to make – zero days of central line infections in more than eight months.

“I wanted them to understand that we appreciate all of their hard work at the bedside.” 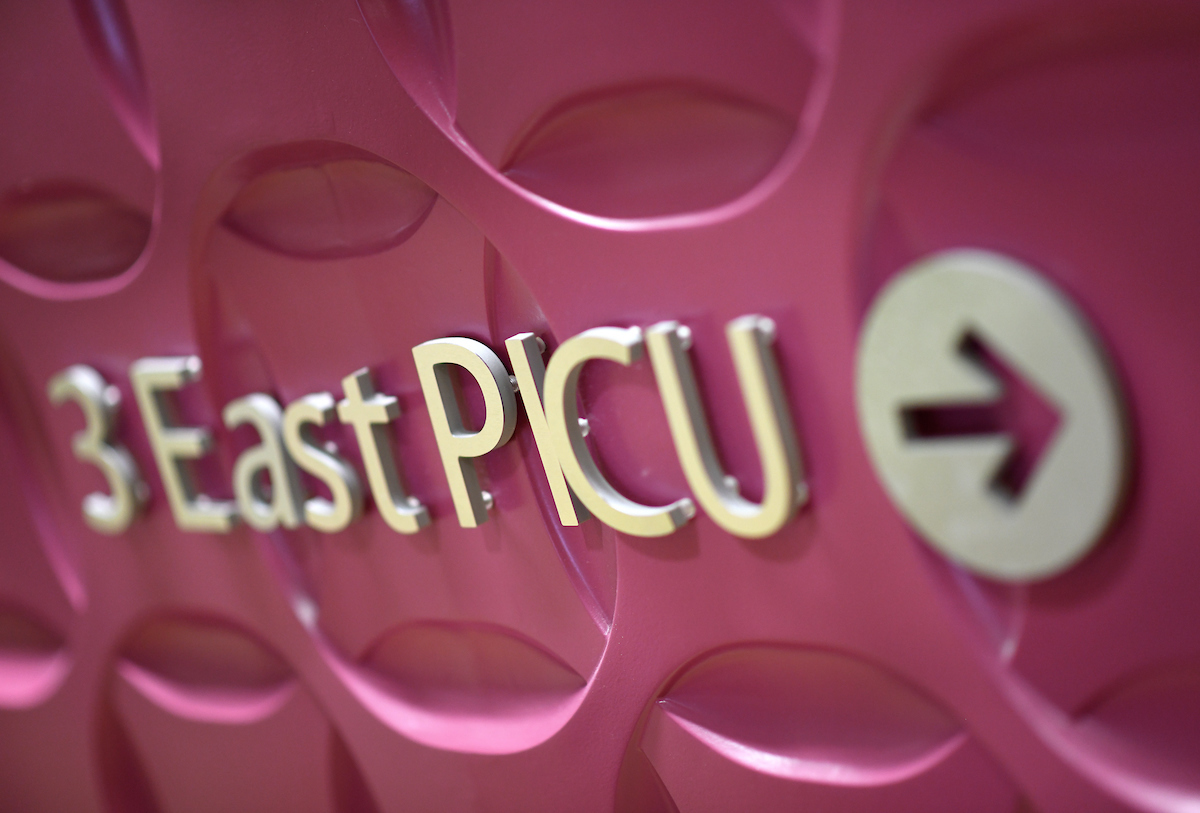 The Riley Hospital for Children PICU broke a record this month. On the day the doughnuts were delivered, the team had gone more than 243 days without a central line infection in a patient. (A central line is a type of catheter that is placed in a large vein that allows multiple IV fluids to be given and blood to be drawn.)

The old record of 240 days was set about five years ago, and now the PICU team is going on about 260 days.

Dr. Valentine is part of the pediatric critical care team at Riley. He works primarily in cardiac critical care but shares responsibilities in the PICU, including helping lead quality and safety efforts along with PICU Associate Medical Director Dr. Danielle Maue.

“This has been an ongoing battle, and every hospital is dealing with this to some degree,” Dr. Valentine said. “We’ve had some successes and some challenges moving forward, but in particular over the last year the ICU team has done an outstanding job of making a safe environment for our most fragile kids in the hospital. And nurses are at the front lines of those efforts.”

Plenty of people deserve credit for the gains made, he said.

“The number of people actually involved in this are too many to mention because every nurse has to do every task 100 percent perfectly every time. Sometimes for sick patients they’re giving a med or taking blood off these central lines 20 to 40 times a day, and each of those events takes a number of steps. So it truly is a team approach.”

“Our patients are already critically ill, and a central line infection can only add to the morbidity and mortality for these already fragile children,” she said. “The nursing team and physician team have worked together on this, which is what has led to our reduction in infections. Our nurses have felt empowered to advocate for their patients and to speak up when a line is not working well and may be at increased risk for infection.”

Dr. Maue said a team of nurses audits each central line patient and stays in constant communication with the physician and nurse practitioner team about any concerns.

Dr. Valentine said Riley is not only comparing itself against its best previous performance, but also against national institutions. “With our unit-based success, we are at a place where we can rival most major institutions in terms of number of infections per year and rate of infections,” he said.

The most recent data from the Centers for Disease Control for different hospital-acquired infections is from a few years ago because of a change in reporting data, so Riley’s success won’t register on a national level, Dr. Valentine said. But the hospital will record it in its annual critical care brochure.

“We have not focused primarily on the national metric because we know once we achieve our goal of zero that we will be as good or better than most, and we will obviously be doing what we want for our children in preventing central line infections,” he said.

“We’ve had a lot of interventions over the past probably four to five years in particular and really we’re starting to see the benefits of all that hard work. The doughnuts were just a small token of the critical care physicians’ appreciation. A little something we felt we could do for all of our nurses that are doing all this hard work.”

It’s a big deal what they’re doing, he added.

“We compare ourselves to the other high-acuity, large-volume children’s hospitals in the country, and we expect to be among the best in keeping our children safe.”