Peyton Hammons was diagnosed at birth with kidney failure. He recently had a kidney transplant at Riley Hospital for Children and he named that kidney, “Ki-Ki.”

He’s crawling around on the floor making growling sounds. Wearing a dinosaur shirt with a hood, Peyton Hammons is pretending to be some type of animal. He tries to sound ferocious, but when his brown eyes look up through the hoodie, hearts melt.

It’s hard to believe that this 7-year-old received a new kidney on August 21. Even harder to believe is that he was born two months early; was on a breathing tube to help him survive; was diagnosed with chronic kidney failure; took five different meds three times a day and a growth hormone shot every night. 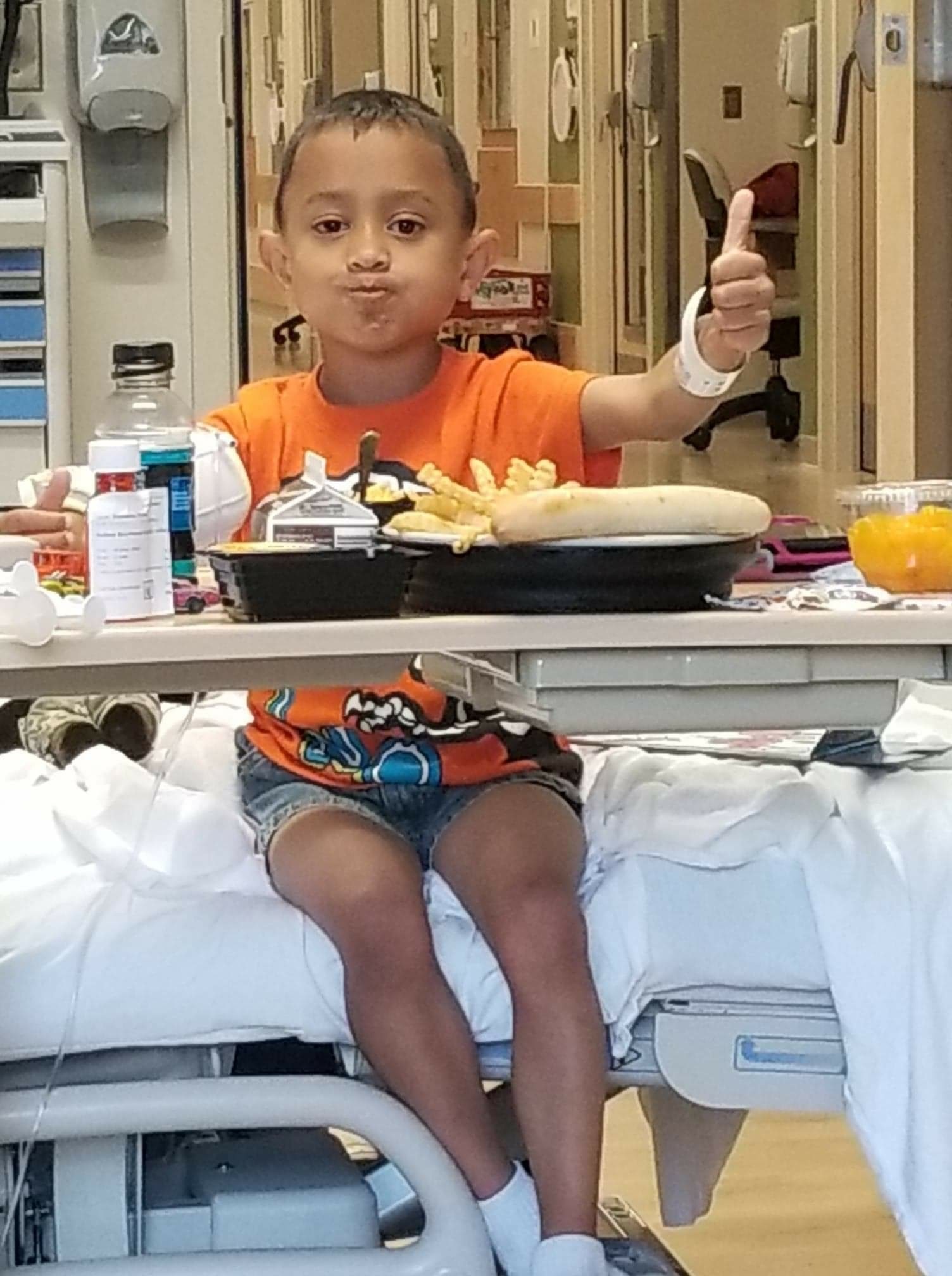 Still he roars and growls – even through numerous hospital procedures and stays. In October 2016 he was airlifted to Riley from his Lebanon, In. home – suffering from seizures. Every day he made it one day closer to his transplant was a blessing, said his mother Jody Hammons.

“We’re happy and glad it’s over. He’s so full of energy, it’s hard to believe he was ever sick,” said Hammons. As she talks, she calls his full name “Peyton Levi.” He switches from creeping around like a dinosaur to running around singing “Baby Shark.” 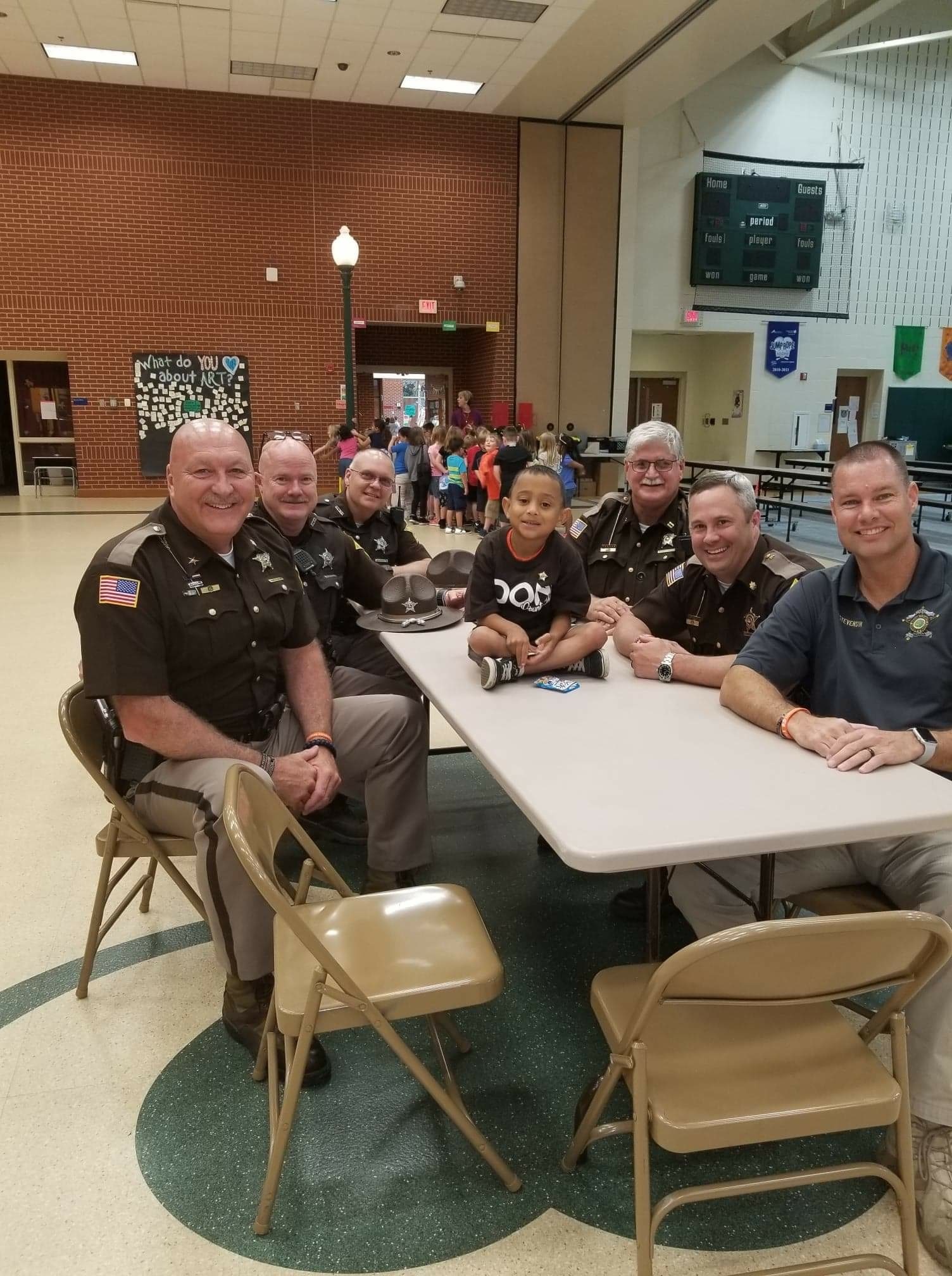 There’s a lot of life in this first grader. He’s been deputized by Boone County Sheriff Mike Nielson, hung out with the squad and rode in a tanker. He’s been photographed several times hamming it up for the camera – eating a plate of French fries from his hospital bed; showing off a fake mustache, wearing a wig, and dressed as a soldier – what he wants to be when he grows up.

Ask him what he likes to do and he lists camping, gym, and playing with Legos. And who’s his best friend? He smiles big and answers: “My kidney that I named ‘Ki-Ki.’”