Owen Watson has Mosaic Trisomy 9, a rare chromosomal disorder. As a baby, he was failure to thrive. Now, Owen is walking, using sign language and gracing the world with his unbelievably sweet spirit.

Owen Watson is scooting around in a red and yellow car, his sweet face peeking through the open front window.

He climbs out and walks toward the miniature house. He runs through the front door. 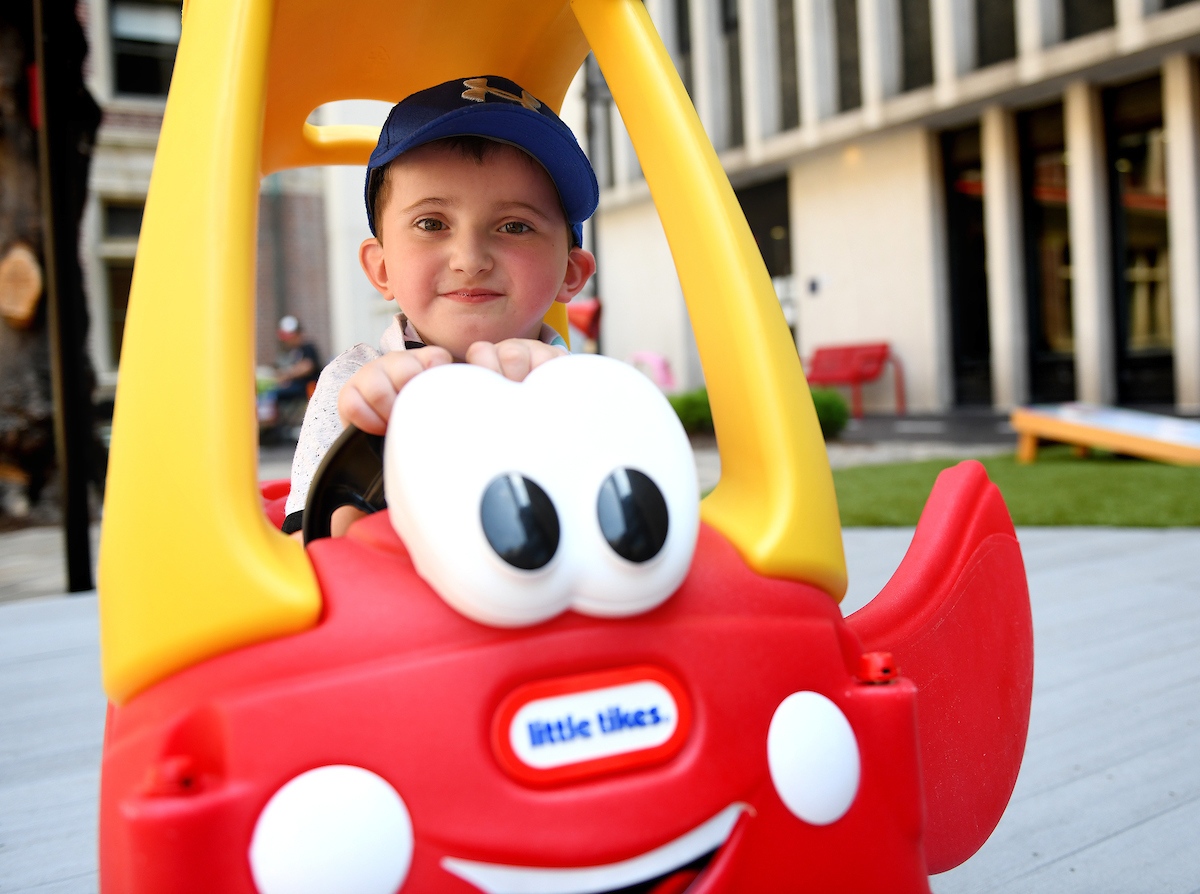 And then Owen starts signing. It’s a hot day outside in the play area of Riley Hospital for Children at IU Health. He wiggles his fist – the sign for a milkshake, which sounds good to Owen right about now.

Sierra Watson is sitting on a bench, watching her 3-year-old son. She is in awe of all he’s doing. She’s grateful. She’s blessed.

As Sierra tells the story of Owen’s journey, it is a tale mixed with smiles and tears.

Owen, who turns 4 this month, has Mosaic Trisomy 9 – an extremely rare chromosomal disorder in which the ninth chromosome appears three times rather than twice in some cells of the body.

The condition is so rare that it’s estimated that just 200 to 1,000 people in the world have the syndrome. Owen is believed to be the first known child diagnosed at Riley. Another patient, Ivy Case, also is treated at Riley. 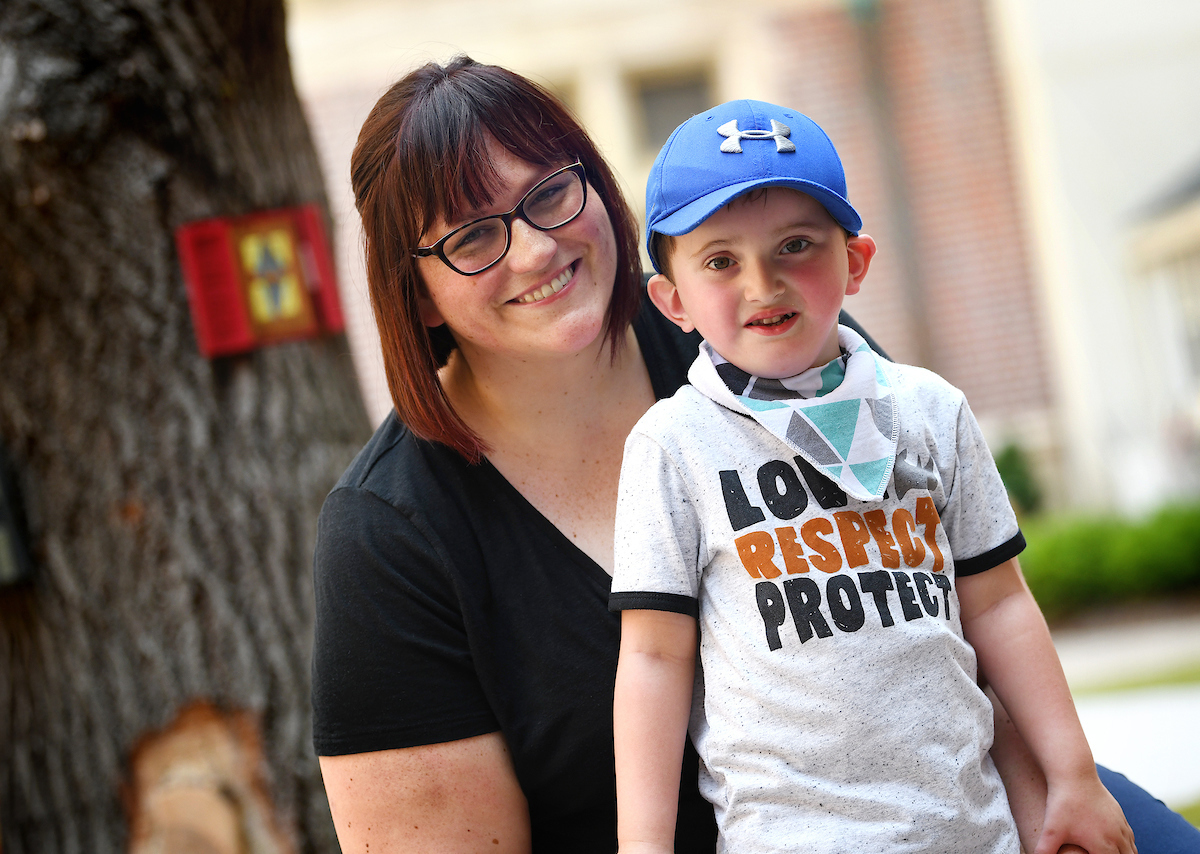 In many cases, children with Mosaic Trisomy 9 have extreme developmental delays. Some never walk or talk. Many have severe intellectual disabilities. The prognosis for Owen is unknown.

And yet Owen, who was labeled failure to thrive as a baby, is at Riley telling strangers “thank you” by touching his fingers to his chin. He can point out colors.

Sierra often finds it hard to believe that Owen is doing so well. He’s had more than a dozen surgeries, plenty of scares and is still nonverbal. Yet, by all measures, Owen is thriving. 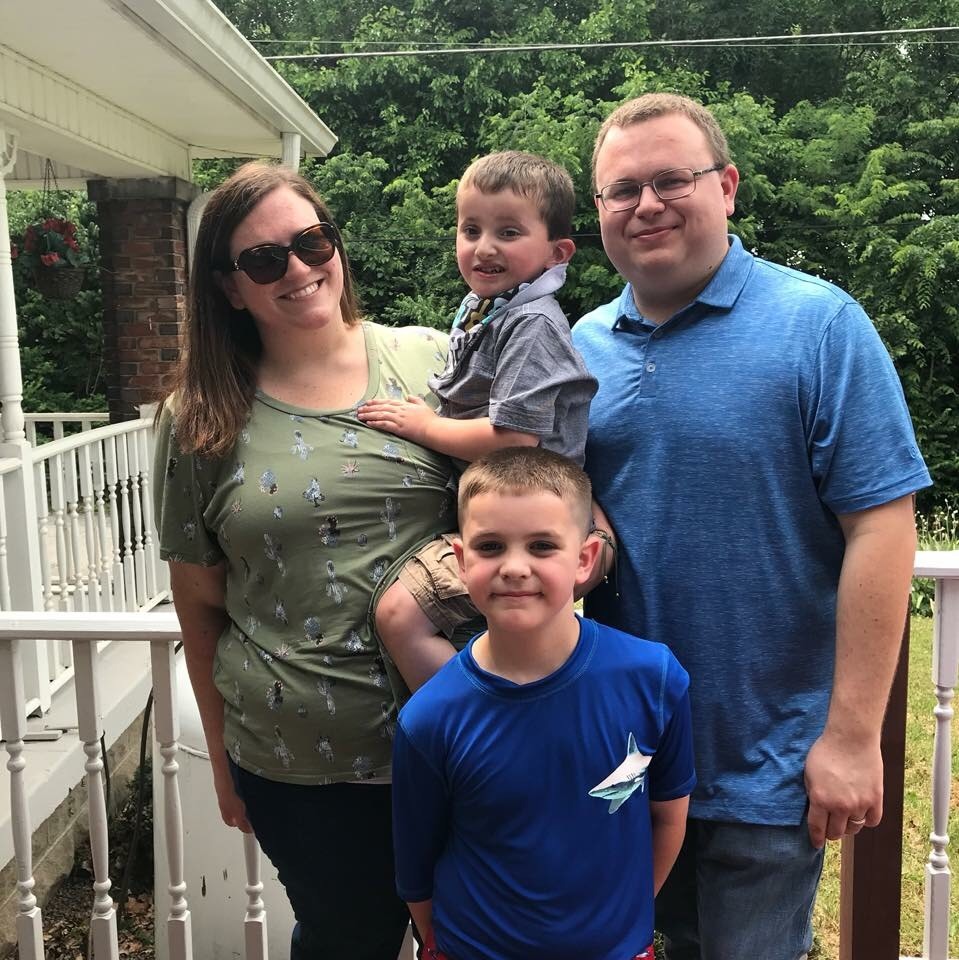 That can be credited to a solid philosophy in the Watson household. Sierra and Owen’s dad, Daniel, do not let his diagnosis define him or get in the way, Owen still has the same expectations as his 6-year-old brother, Cole.

“We don’t put limits on anything,” Sierra says. “We really push Owen and I think that is part of why he is doing so well.”

Minutes later, Owen smiles. And then he signs: “I want a cheeseburger.”

Her pregnancy with Owen, Sierra says, was textbook. She had plenty of ultrasounds – Sierra is a labor and delivery nurse – and nothing showed up.

“I could tell something is wrong,” Sierra says, “but they didn’t say anything.”

Eventually, Sierra was told that Owen would need to go to the neonatal intensive care unit for breathing problems. Being a nurse in the field, Sierra didn’t think that was too unusual. 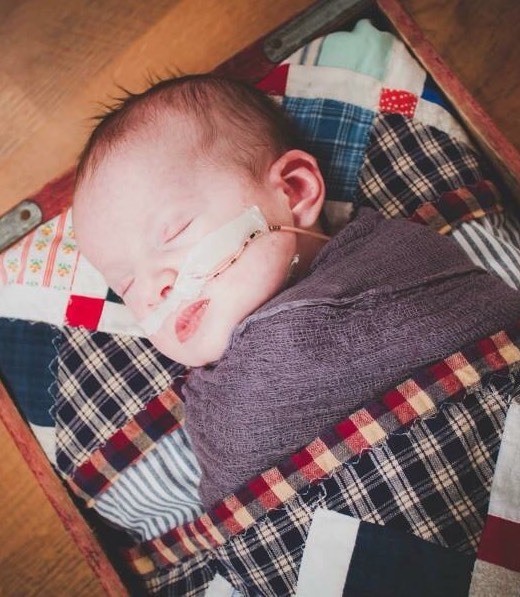 But several hours later, she learned something different. Owen had a cleft palate. He had a very small jaw, which made it hard for him to breathe.

The original diagnosis: Pierre Robin syndrome – a condition where babies are born with a smaller than normal lower jaw, a tongue that falls back in the throat and difficulty breathing.

Owen was taken by LifeLine ambulance to Riley. The next few weeks were filled with meetings with specialists.

And then, when Owen was one month old, “we get this earth shattering diagnosis,” Sierra says. Mosaic Trisomy 9.

Sierra went to Google. The worst-case scenarios popped up. She was devastated. But soon, she found other families from all over the world who had children with Mosaic Trisomy 9.

And their hope gave her hope for Owen. 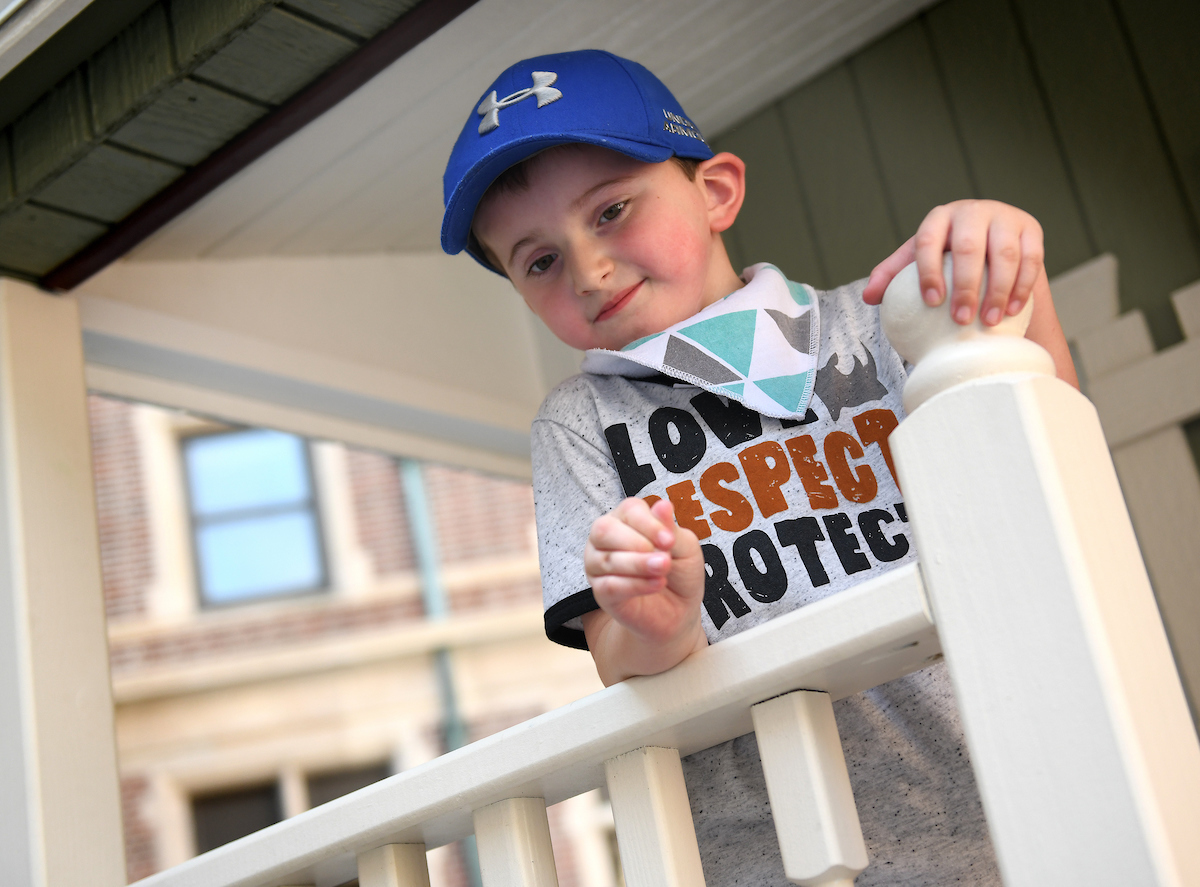 Owen’s biggest issues now are feeding and breathing. He uses a feeding tube, but also eats by mouth.

In addition to those cheeseburgers and milkshakes, Owen loves waffles, peanut butter and jelly, all things carbs.

And he works hard to keep getting stronger – in all areas of his life. Owen does physical therapy, feeding therapy and occupational therapy. He practices sign language at home. And Owen goes to preschool.

As Sierra looks back on Owen’s journey, she says it’s so important to remember: “This is your child. It may seem bad at the time, but it’s going to be OK.”

Advice for parents of children with special needs: “You have to find time to take care of yourself. Even if that means taking a nap or having coffee with friends or going away for the night, your mental health is important,” Sierra says. “Also, you can’t forget about your marriage. Bringing a healthy child into a marriage brings added stress, but throw in health problems and it can be detrimental. You have to find time to be a couple. And when it comes to your child, don’t be afraid to fight for them and to ask questions about anything being done.”