DeSean Foster loves his basketball team at home, but he owes his life to his Riley team – the nurses and doctors who worked together to save him after he suffered respiratory failure, kidney failure and liver failure.

DeSean Foster just shakes his head and smiles when asked about the jagged journey he’s been on for the past several weeks. 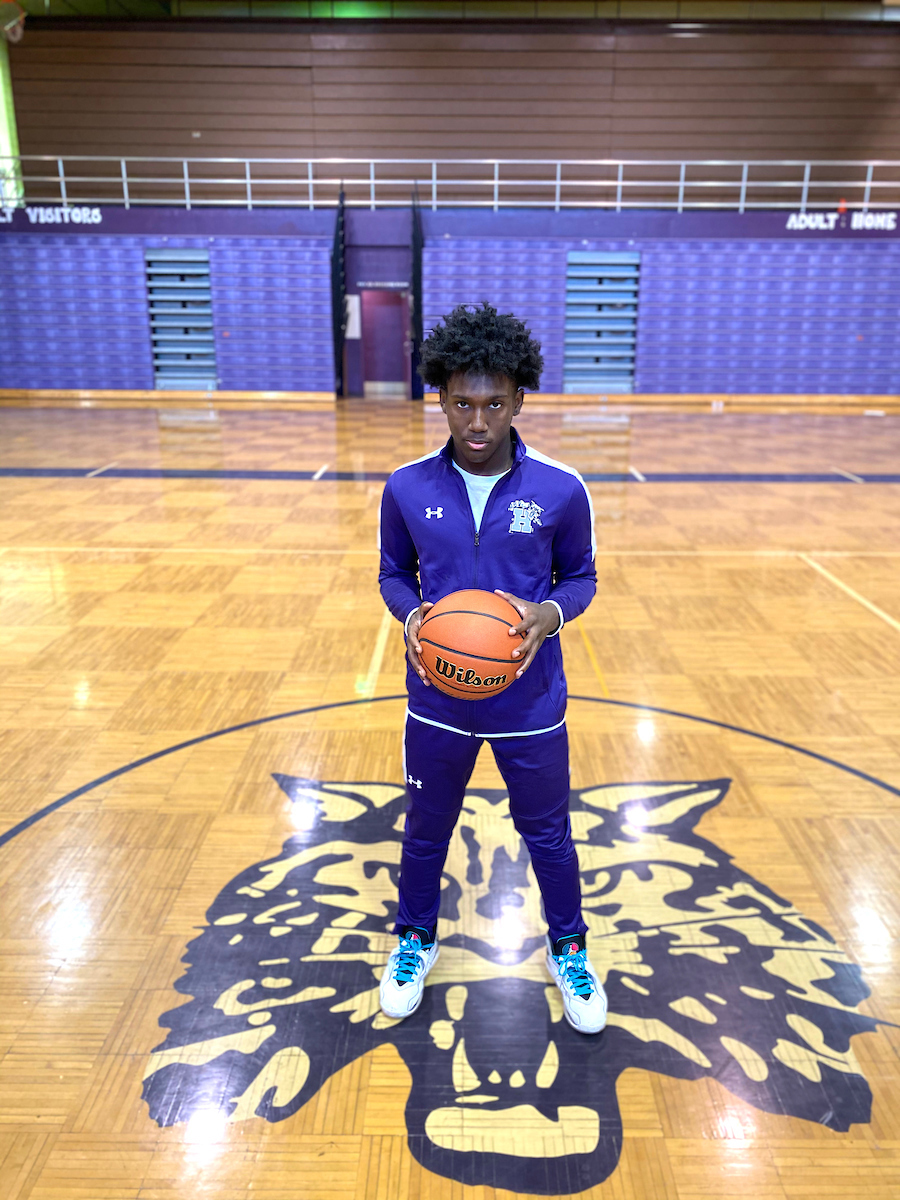 The 16-year-old went from being an active, healthy teenager who played basketball for his high school team to a critically ill patient who couldn’t breathe on his own.

He might have died if not for the aggressive treatment he received from a multidisciplinary team of doctors, nurses, therapists and surgeons at Riley Hospital for Children who refused to give up, even when answers were elusive.

DeSean was admitted to the pulmonary unit at Riley on Oct. 11 with wheezing, a cough and shortness of breath. Doctors first thought it was related to the pneumonia he had suffered the previous month. He’d had off-and-on infections for a while, leaving his skin patchy, along with symptoms that suggested asthma. Then he began complaining of abdominal pain. By the next morning, he was requiring more and more oxygen.

He was moved to the pediatric intensive care unit Oct. 12, where his respiratory symptoms worsened, according to PICU nurse practitioner Chrissy Geis. The PICU team consulted the gastrointestinal team because of DeSean’s increasing abdominal pain.

HIS LIVER WAS FAILING

By this time, the teen had already tested negative for COVID at least once, but his liver was rapidly failing and doctors could not determine why. His respiratory distress continued and he was intubated in the middle of the night Oct. 14.

While a ventilator supported his breathing, team members from multiple specialties scrambled to stay on top of his worsening condition.

That list is by no means complete. It took an entire Riley village to save this child. 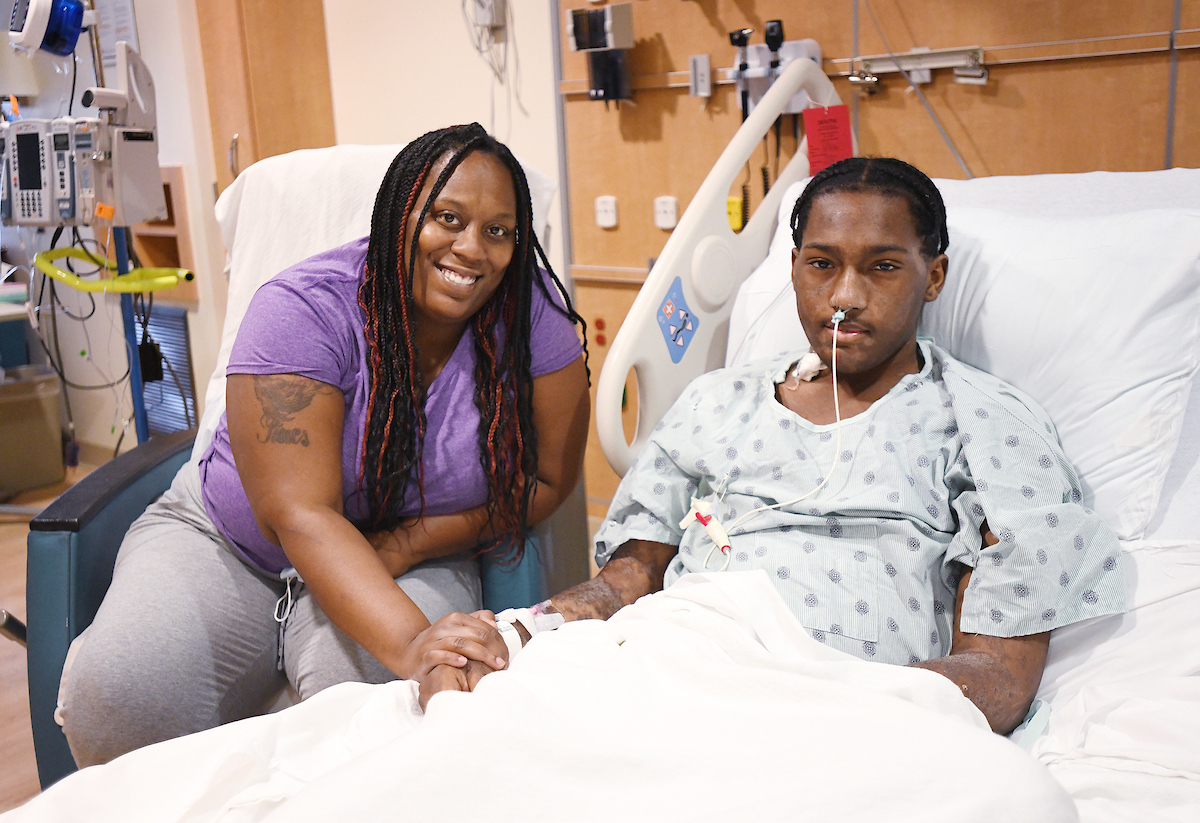 Within a week of his arrival at Riley, the bright, polite teenager – the center of Domonique Foster’s world – was unconscious, unable to breathe on his own, and his kidneys were shutting down.

DeSean is Foster’s only child, and she would have traded places with him in a heartbeat.

Instead, she and her mom, DeSanya Stokes, have taken turns sitting by his bedside, praying for his recovery after a liver transplant Oct. 22.

The speed with which DeSean was tested, approved and received a transplant was nothing short of amazing, according to Dr. Lutfi, who credits the “phenomenal” transplant team for acting quickly to get the teen added to the transplant list.

“I haven’t seen it that fast before,” he said, adding that they couldn’t determine precisely why DeSean’s liver failed, though they suspected that an autoimmune disease contributed.

“A lot of times we are hesitant to involve transplant without knowing why the liver is failing,” he said.

But waiting for more answers wasn’t an option.

“A biopsy of his liver showed a lot of necrosis, which put the chance for recovery very low. The transplant team listed him right away and listed him high because to stay alive he needed a ventilator and renal replacement therapy to pull the ammonia out – it is toxic to the brain,” he said.

“He has had a complicated ICU course … shock, respiratory failure requiring a ventilator, renal failure requiring dialysis and liver failure. But his recovery is remarkable,” Dr. Lutfi said, again giving props to all of the people involved in his care.

In a recent Zoom meeting on his case, nearly 40 Riley experts were on the call, he said.

“They did an outstanding job. I think what makes his story unique is the aggressive management of the liver failure,” the critical care physician said, despite their initial uncertainty surrounding DeSean’s brain function when he was sedated due to the concern for cerebral edema (brain swelling) that can occur with liver failure.

DeSean received his new liver from a deceased donor one month ago. His expansive care team has been encouraged by his rapid recovery. He spent about two weeks in the PICU post-transplant before being moved to the fifth floor to continue dialysis while his kidneys healed.

That’s where we caught up with him and his grandmother last week as occupational therapist Julie Larson encouraged him to work on his hand strength and flexibility with putty while talking.

The soft-spoken teen, who’d had his hair washed and braided by his grandma, said he is taking all of this one day at a time. 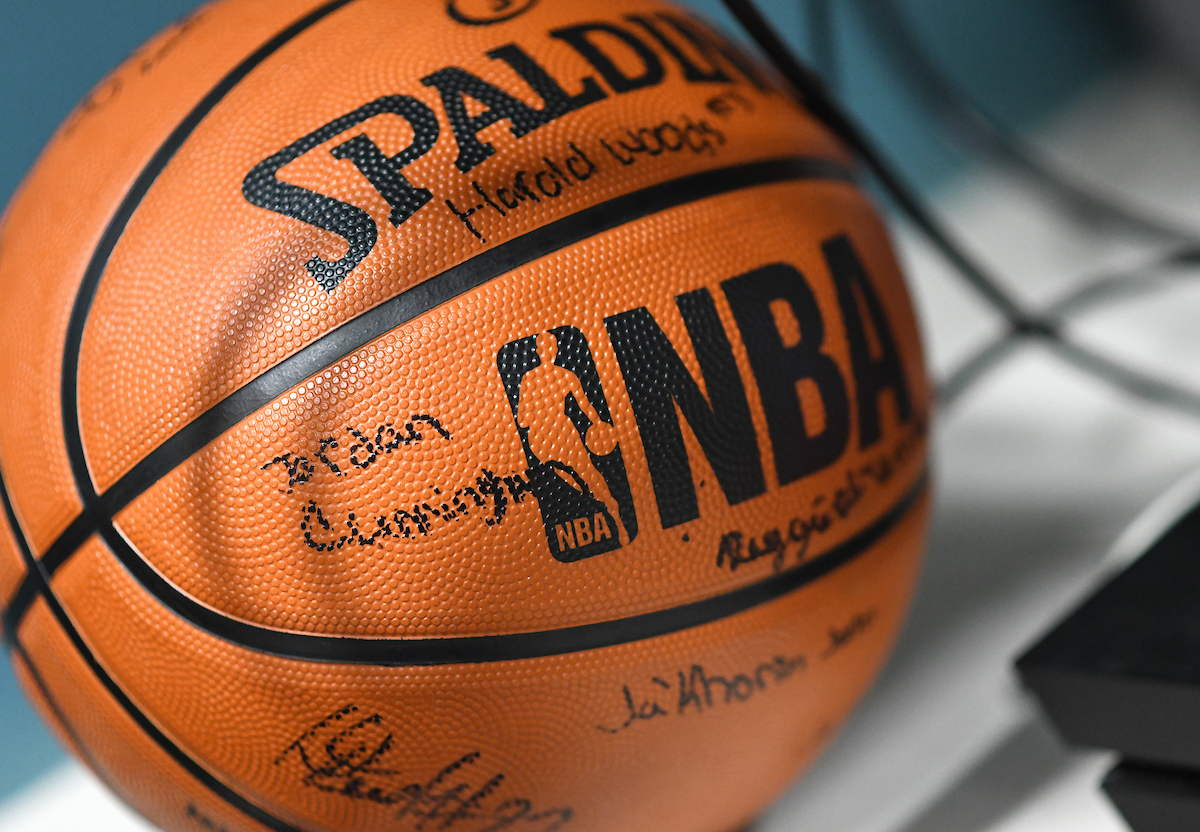 What does he miss most about home? “My own bed,” he said with a smile. “I miss the house, just chilling. I miss going to basketball practice.”

The sophomore shooting guard from Hammond, Indiana can’t wait to play again but knows he has to take it easy.

“I appreciate the nurses and doctors caring for me. I try to do everything they tell me, even if I don’t want to do it.”

DeSean is used to pushing himself in sports, his grandma said, so he has the internal strength and discipline to do what is required to get better.

That is something PICU nurse Matt Roehrig noticed early on.

“From the moment he had his transplant and woke up, he just had such a great attitude and was ready to work and get back to where he was before this,” Roehrig said. “We would talk about sports and what he had to do to get back to that physical state – he was motivated almost more than any patient I’ve ever seen to work with physical therapy.”

Even first thing in the morning. And that’s something you don’t see very often, especially with patients who’ve been through so much, Roehrig said.

“It shows in how well he is recovering. A lot of that is due to his drive to get better,” he said. “It was really a pleasure to take care of him along that path. For a teenager that sick and everything we’re putting him through, it really opened my eyes to just how good of a kid he is.”

For Geis and her colleagues, it is rewarding to see all of their hard work pay off in such a positive way.

“He is one of those cases that truly is a result of 100% collaboration among the teams here,” she said. “He needed the team approach that you can only get here at Riley.”

To see how sick DeSean was and how much progress he has made has been gratifying, said Geis, who shared a highlight reel with the PICU team of DeSean showing off his basketball moves before he got sick.

“This is who he is, this is what we’re trying to get him back to,” she told the PICU team during his stay there.

“DeSean is one of those kids I know even now that I will never forget – just how sick he was and how uncertain everything was.”

Last week, DeSean graduated to in-patient rehab at Riley, where he works daily with physical, occupational and speech therapists to regain his strength, mobility and function.

He has adjusted well to the unit, his mom said.

“He loves it. They work him out over here.”

That should be the last stop before home, where he likely will continue rehab on an outpatient basis closer to home.

“We want you to go home and play basketball again and do all of the things you did beforehand,” Geis told the teen before he left the PICU.

With any luck now, she said, “we won’t see him back in the ICU but on TV playing basketball.”