Nurse shows love for babies with burritos and bumble bees

Nurse Miranda Doss creates sweet keepsakes for the parents of infants she cares for in the NICU.

In the quiet minutes after midnight when babies are sleeping and chart work is complete, Miranda Doss sometimes gets crafty.

Doss, a nurse in the neonatal intensive care unit at Riley Hospital for Children, works the overnight shift at Riley in six-week stints – 7 p.m. to 7 a.m. 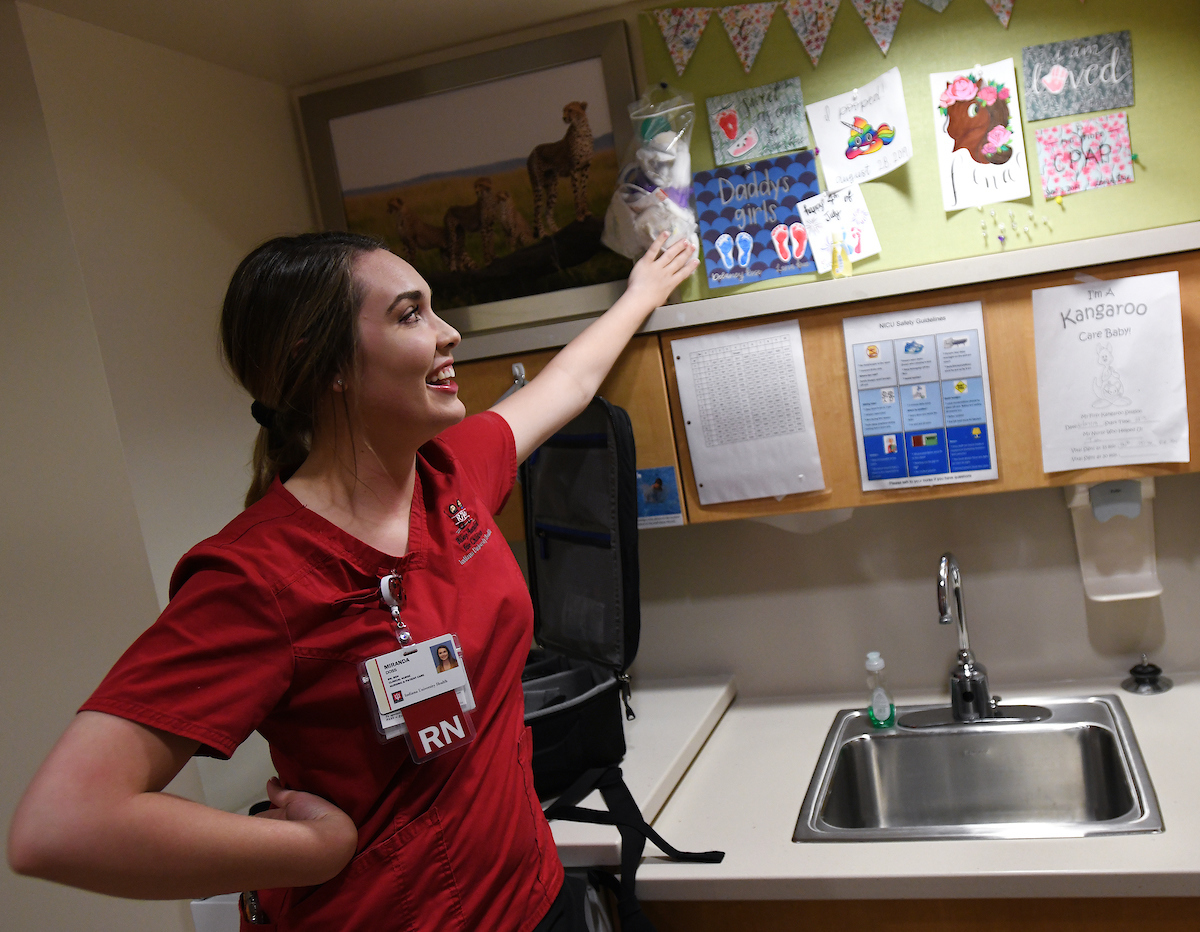 Among her patients is 3-month-old Lena Drew, who has been at Riley along with her twin, Delaney, since not long after they were delivered prematurely in Evansville in June.

The identical twins were identified as mono-mono twins early in the pregnancy. It’s an anomaly that occurs in just 1% of twin pregnancies, wherein both twins share the same amniotic sac with the same placenta.

Decorating Lena’s room are signs, banners, tiny footprints, handprints and other milestone markers – many made by Doss, who has been crafting since she was a little girl.

A NICU nurse at Riley for just a year, she loves the babies but also has a soft spot for the families who sometimes spend weeks and months worrying over their children in the hospital.

“It’s really important to the parents to see that the hospital is not just a hospital,” Doss said. “It kind of becomes their temporary home, so this is a way of making it feel a little bit more like home and less like a hospital.” 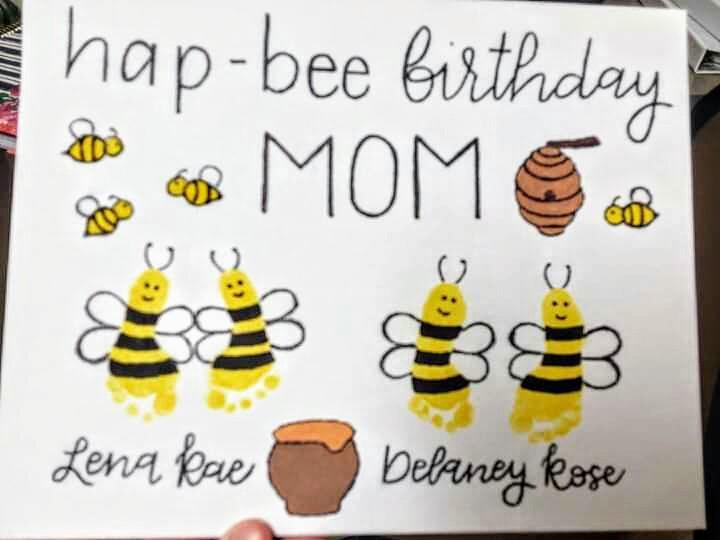 One of her favorite things to do is make little signs to mark milestones that babies meet, she said. Whether they reach 4 pounds or they get their breathing tube out or move up into a big-girl crib, “I feel like every milestone is worth celebrating, especially to the parents.”

“Miranda is awesome,” she said. “She is wonderful to the girls, my husband and me and the grandparents as well. She has made them name banners for their rooms, hand and foot prints for different holidays and special occasions and milestone cards, which is special because our girls have such different big milestones than a regular full-term baby.”

For Emma Drew’s birthday, Doss surprised her with a canvas featuring both of the girls’ footprints in yellow paint, which she turned into bumblebees with the message “Hap-bee birthday MOM.”

Fearing the twins’ dad, Eric, might feel left out, she made a similar keepsake for him.

She demonstrated how she gets a footprint from a sleeping Lena one evening, putting paint on one foot, then pressing it gently onto a piece of paper. 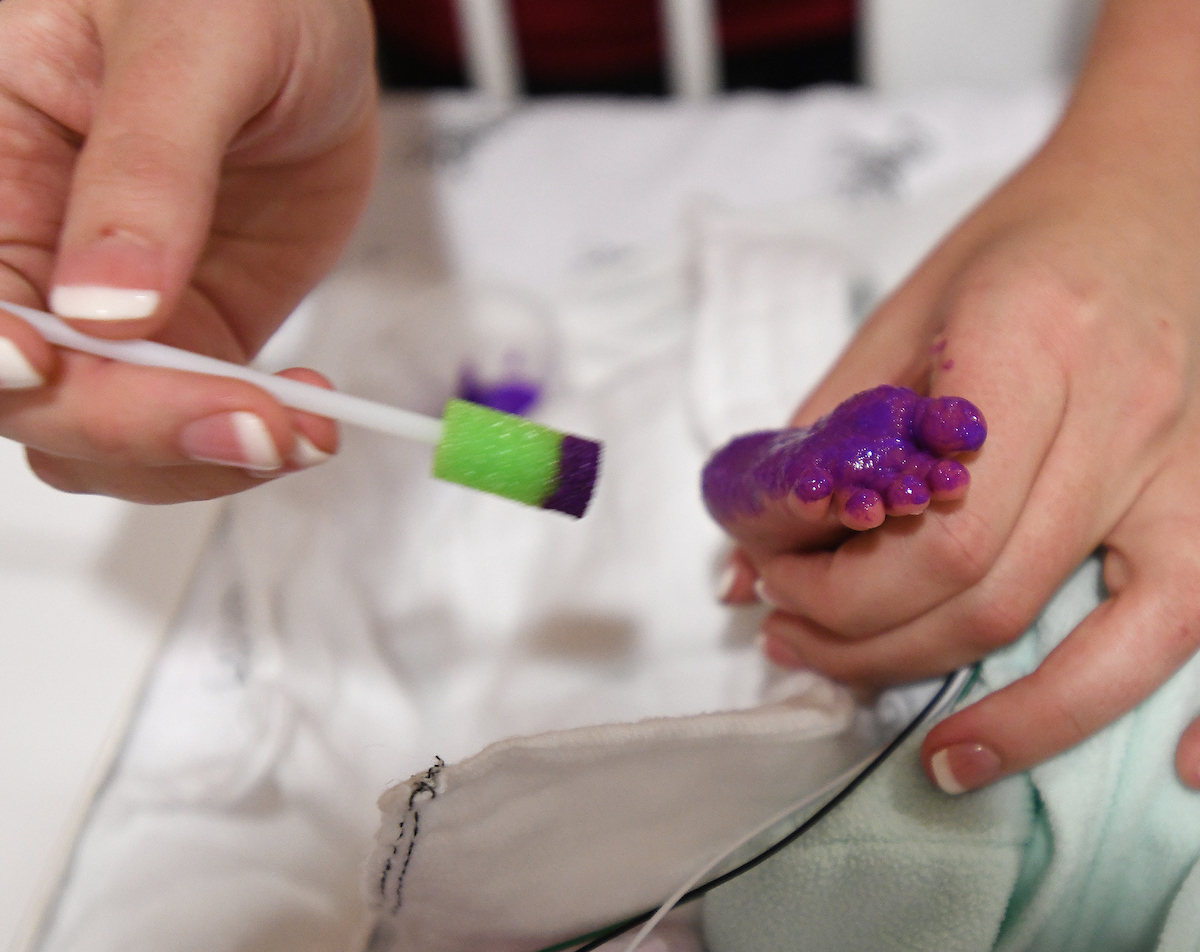 “What’s going on, peanut,” she says softly to Lena, who now weighs over 5 pounds. As Doss paints the tiny tot’s foot, the baby stretches her toes and fingers, then smiles but never wakes.

Doss once thought she might want to be a preschool teacher, but her dad steered her into nursing, and she has never looked back.

Coming to Riley is the best decision she’s ever made, she said. It’s hard and emotional work, but the rewards are enormous.

When she found out she could do a little crafting when time permits in the NICU, she said, “I’m in the right place.”

Doss, who also loves to sew, paint and crochet, creates these mementos in the midst of planning her wedding. She is getting married at the end of the month to fellow Purdue University graduate Sean Farris.

All of her crafting doesn’t take place in the hospital. The twins’ mom showed off a surprise project Doss made for each little girl over the weekend.

“You guys gotta see what she made for them,” Drew said as she walked into Lena’s room with a burrito wrap blanket. An identical one is in Delaney’s room. 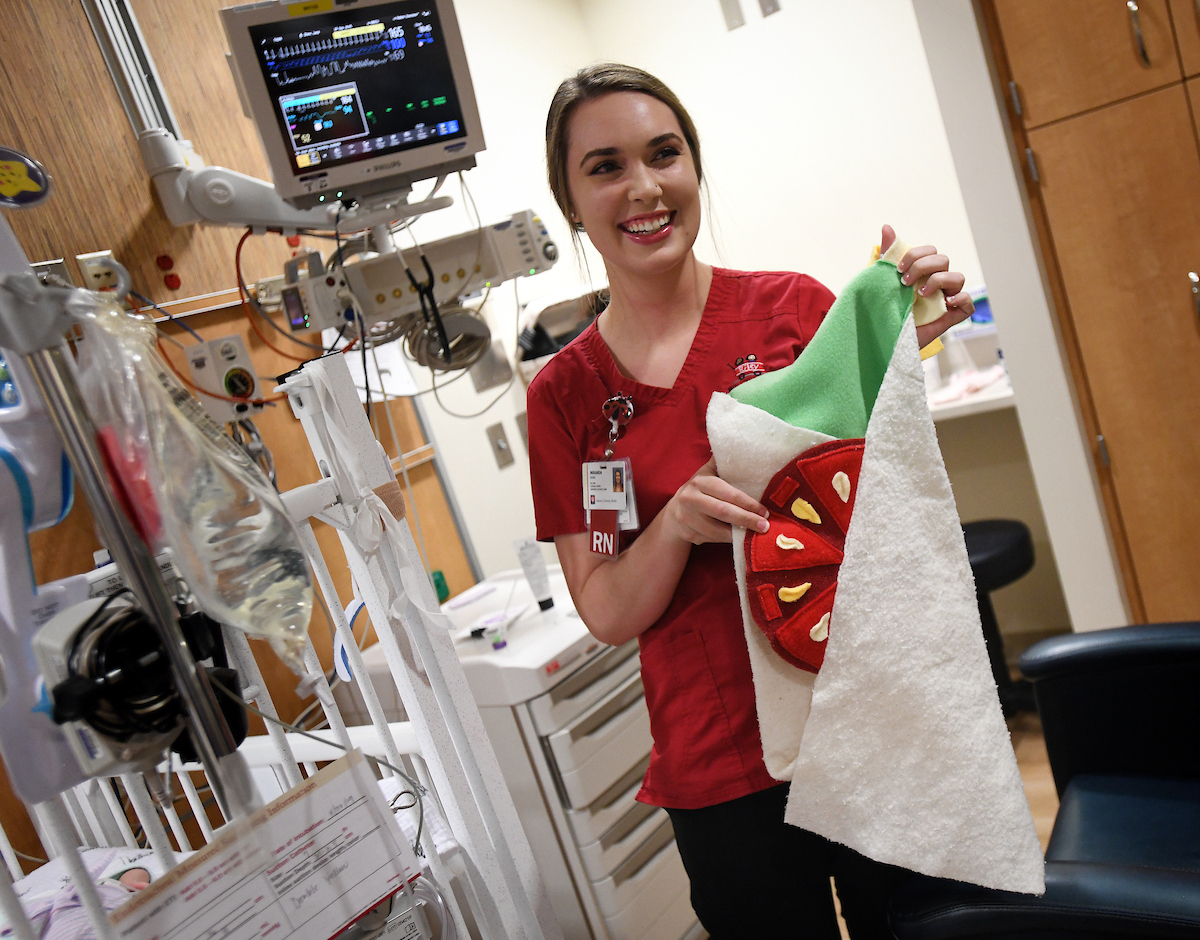 The inspiration struck one morning when Lena was being prepped for surgery.

“Miranda wrapped her up in a blanket and called her Lenarito,” Drew laughed. A few days later, she said, Doss brought in little burrito blankets she stitched together for both girls.

Doss looks forward to the day when the twins, who are in separate rooms close to each other, can be together again.

“It will be a cool day when they get to meet each other again.”