Nurse, firefighter, dinosaur…she will answer to all

Julie Parks is a nurse first, but she has some not-so-secret talents.

She can walk like a T rex, stomp out fires in her work shoes and sing as loudly (and badly) as the occasion calls for, but Julie Parks doesn’t really seek the spotlight.

For her, it’s all in a day’s work at Riley Hospital for Children at IU Health. It’s about taking care of kids, and sometimes that requires all of the above.

Parks has been a nurse with IU Health for 30 years, the past 25 of them in the Riley Cancer Center.

The married mother of three adult children says working with kids is a joy that she wouldn’t change for the world, despite the challenges inherent in the job.

“I think before you decide to work with children, you need to do a lot of soul-searching to see if it’s something you can handle, especially in our department,” she said. “Kids are cool, and it’s fun working with them, but you either realize it’s something you love or you don’t do it for very long.”

The love and passion she has for her job and her patients runs deep. She has been around long enough to see revolutionary new protocols developed for kids with cancer and blood diseases and isn’t shy about pointing out those advancements to younger nurses. That’s when she goes into story mode. 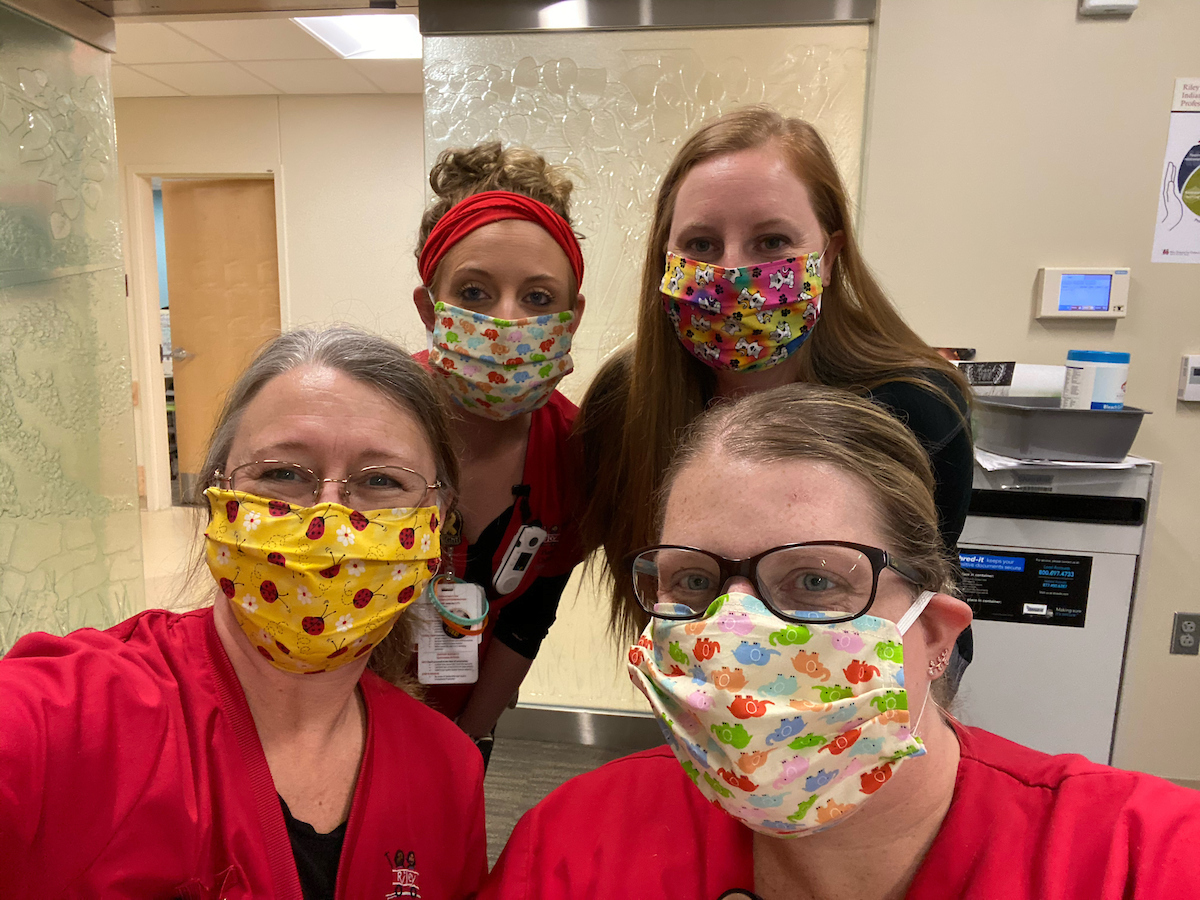 “Anyone I work with knows I’m a big storyteller. I tell stories about how we used to do it this way and now there’s a better way. I like to share things like that. To be able to see improvements is great.”

She calls herself “one of the old ladies on the unit,” but she can be just as goofy as someone half her age.

ABOUT THAT T REX STORY …

Consider her special talent for walking like a T rex – something she doesn’t do for just anyone (including a curious writer and photographer), so we’ll have to just imagine it.

“I had this little boy years back who loved dinosaurs,” Parks explained. “He wasn’t really connecting with the staff; he was nervous and scared, and he wasn’t a good medicine taker.”

She had noticed that he played with dinosaurs on his bedside table, so one day she swung open his door and lumbered in like one of his dinosaurs, medicine in hand.

“He thought it was hilarious. He laughed, took his medicine, and after that, every time I came into the room, I had to do that.”

She didn’t even have a dinosaur costume, but apparently she had the moves.

“I should get a costume. I’d be in like Flynn,” she laughed.

That’s just one of the ways she has engaged her young patients over the years. Singing is another. And that’s why she loves working with kids. 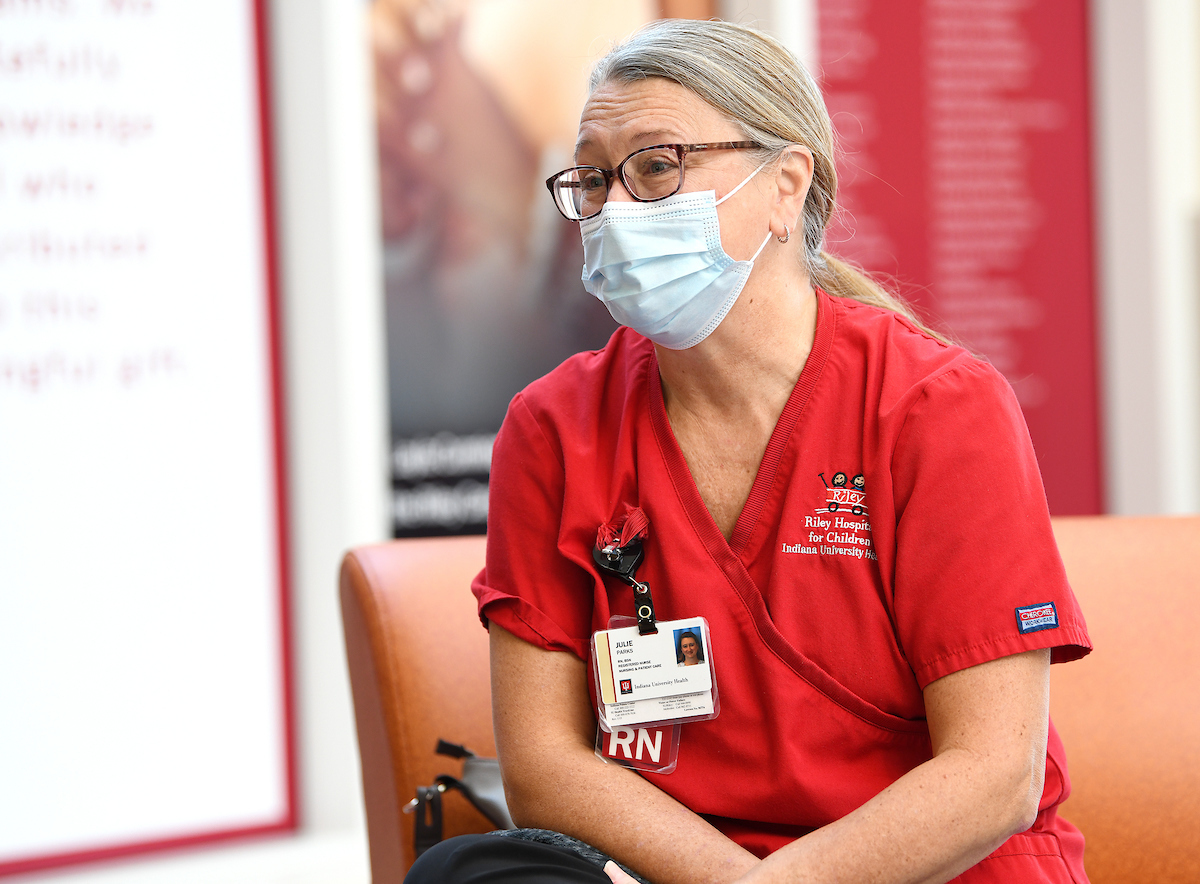 “You wouldn’t change a dressing on an adult singing the ‘Baby Shark’ song, but you can do that with kids, and it’s distracting enough that you get through it together,” she said.

Does she know all the words? “Yes, and the motions.”

Twenty-five years ago, when she was new to the unit, another dinosaur was popular with the kiddos.

“Barney was big in the ’90s,” she laughed. “I have a little more trouble keeping up with the kids’ songs now because my children are grown, but I learn from the kids and parents here.”

Fellow nurse Julia Williamson has worked with Parks for 15 years and calls her “one of my favorite people.”

“Julie gives 100% of herself to everyone around her,” Williamson said. “I have not only had the privilege of working alongside her for many years but also consider her family, as she has been the caregiver for my own children for over seven years.”

According to Williamson, her friend’s commitment to giving the best possible care is unwavering, something co-workers and families have noticed. And that includes connecting with her patients and their families on a personal level.

“Her innate caring is obvious,” Williamson said. “She is the first person to stay late to lend fellow nurses a hand. If you can’t find her on the floor, you will find her in a patient’s room educating both families and nurses alike.”

Except that one time when she dashed down from the fifth floor to put out a fire across the street.

“It wasn’t that big of a deal,” Parks insists.

Yet, she is still wearing the charred, melty sneakers she had on that day in early fall when a parent came to the nurse’s station to report what looked like smoke coming from a mound of mulch across the street, where someone had tossed a cigarette.

She looked out the window to where he pointed, and indeed, it looked like smoke. Indianapolis was experiencing a drought at the time, so the danger of fire was real.

Parks acknowledges here that the best course of action at the time would have been to call security, but in the heat of the moment, she went with her gut.

“A problem I have as a nurse and at home is that I’m not very good at delegating tasks,” she said. “If I see something that needs done, a lot of times I figure it’s quicker and easier if I just do it myself versus finding the right person and explaining what needs to be done.”

So she asked her co-workers to listen for her patients, grabbed a couple pitchers of water and headed downstairs.

She told security what she was up to as she walked by the information desk and hurried over to dump water on what by then were real flames. The small fire was extinguished, but it was still smoldering when she refilled the pitchers and poured more water on the pile.

“It was still smoky so I stomped on it a bit.”

When she was satisfied she had done her part, she headed back into the hospital, tracking black footprints onto the newly mopped floor. 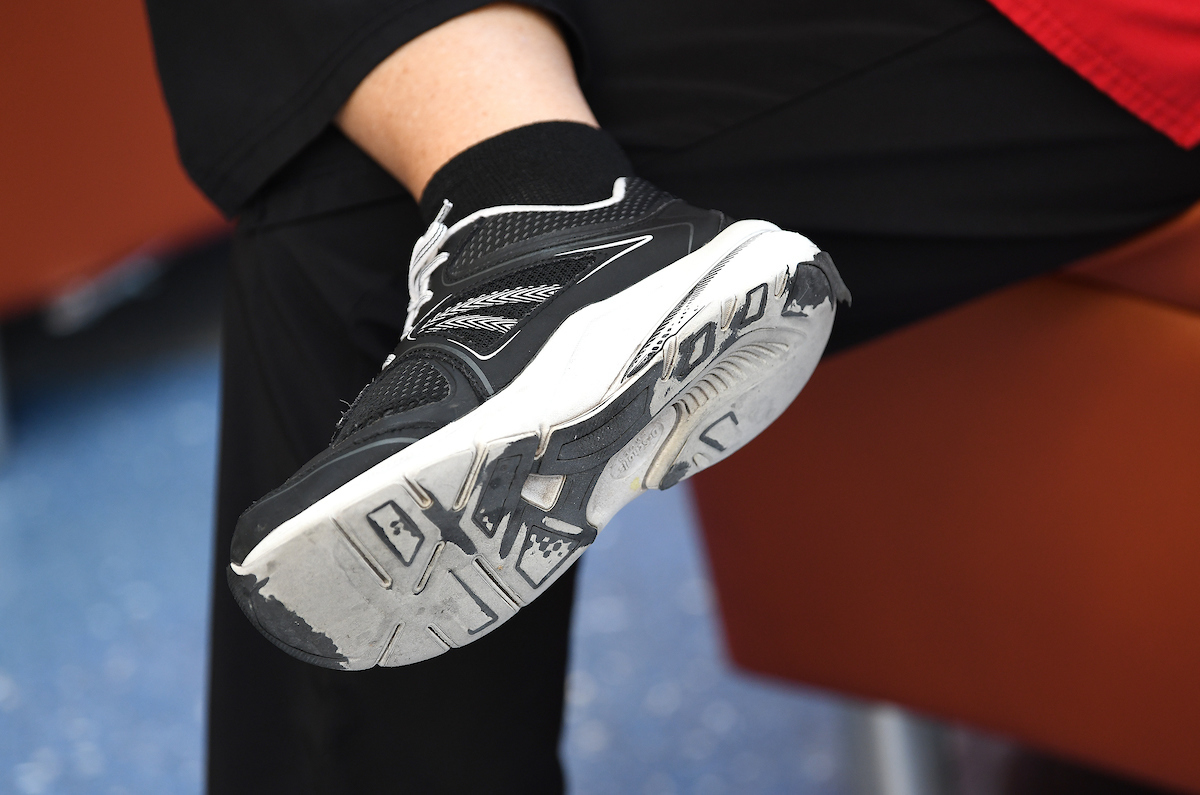 Parks will likely never live that down. Wearing those smoky shoes still today (they’re comfortable, she said), she figures it’s all in a day’s work.

Especially when she is working in a relatively new role that is shared on both sides of the Cancer Center – nurse practice advocate. Parks refers to her NPA role as helping hands – she is helping out nurses on days when they have a little more than they can handle.

“When I’m working NPA, I feel like I kind of go put out fires on the unit. People call me when they’re behind, they need help, or they have questions,” she said. “I was working NPA that day, so I guess I go outside and put out fires, too.”

Parks, who prefers bedside care to administrative work, treasures the time she has with the kiddos in her care. She appreciates their humor and sometimes brutal honesty.

But she is human, and her heart is tender, so some days are pretty hard.

That’s when she and some of her colleagues can occasionally be found in the supply room-turned-cry room, releasing pent-up emotions.

“We try not to do that in front of kids or families,” she said. “Nobody really understands what we go through except us, so we’re kind of a family.”

Still, the joyful times make up for the hard times.

“Kids are so forgiving and honest and thankful, even when you’re doing something they don’t like. You have to remind yourself of that, and that you’re doing the best for them that you can.”