No Grinches at this holiday party – their hearts beat for Riley

Morgan Cosgray doesn’t remember much about the surgery that saved her life 15 years ago. She was just 6 years old when a virus attacked her heart, weakening it to the point that she needed a transplant.

Cosgray knows the date -- Oct. 23, 2003; the place – Riley Hospital for Children; and the outcome – her recovery went smoothly, and she was home by Thanksgiving that year.

Now 21, she is about to graduate from IUPUI with a degree in psychology and intends to enroll in grad school with her eye on a career in school counseling or academic advising.

Cosgray, who hails from tiny Idaville, Indiana, near Monticello, was on hand for the annual Heart to Heart Christmas Party for Riley pediatric heart transplant patients last weekend at the NCAA Hall of Champions.

For 14 years, she’s been coming to the party with her parents, Lynn and Regina, joining dozens of other patients and their families, along with physicians and other IU Health team members for a day of celebration and thanksgiving.

This year’s party included a fitness component, to show everyone just how far these patients have come.

Kelly Dodds, assistant director of the Hall of Champions, said her organization loves being involved with the event. The NCAA Hall of Champions provides the venue, the food and staff each year for the party.

“It’s so awesome to see all these kids,” Dodds said. “Student-athletes are about resilience and fighting hard, and that’s what these families represent, so it’s a great way for us to celebrate. We added a fitness challenge this year because Riley is all about getting kids healthy.” 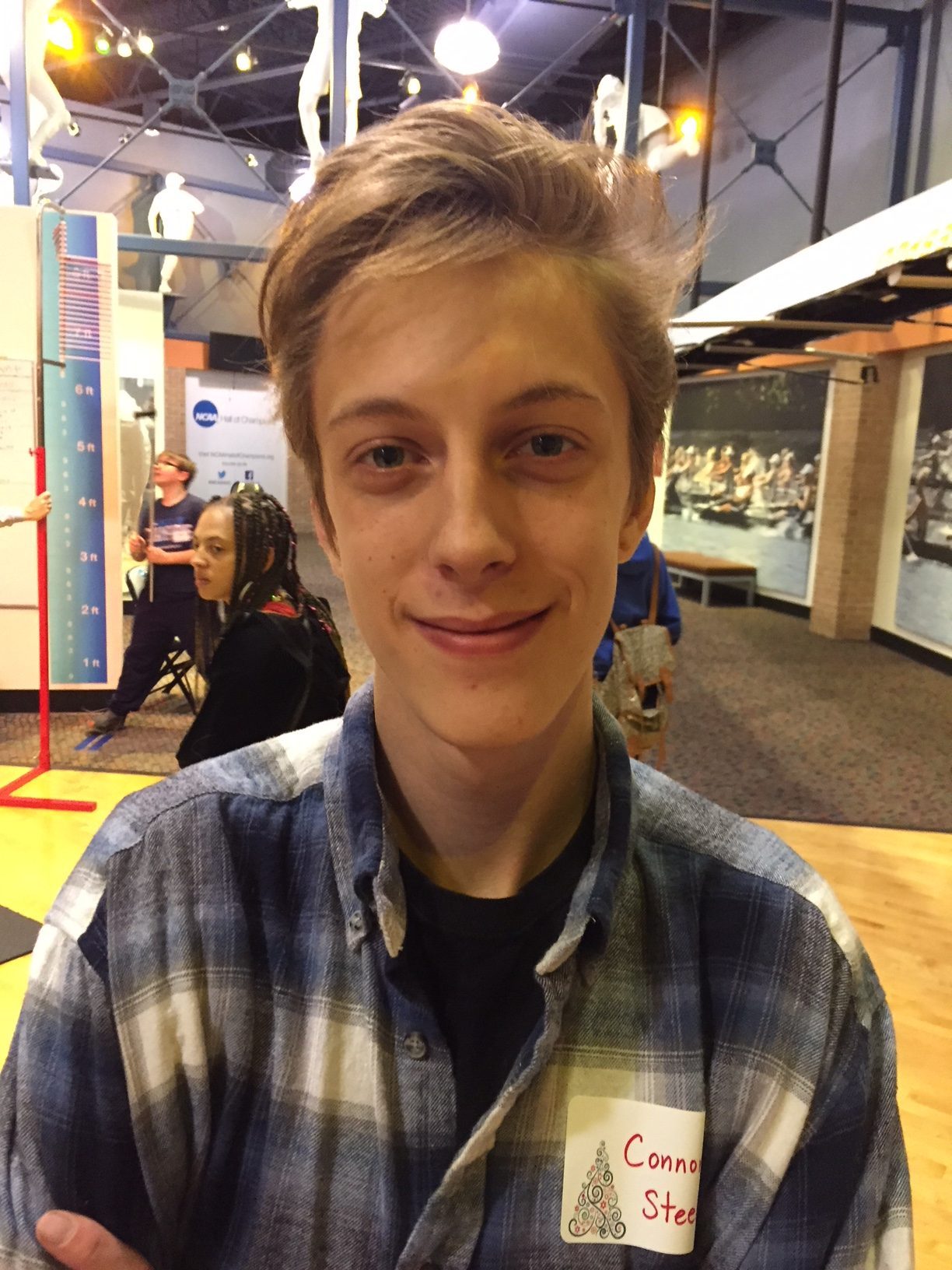 Connor Steele, 21, was transplanted nearly five years ago after being diagnosed with dilated cardiomyopathy. He’s comfortable talking about the transplant and, in fact, hopes to write a book about it.

The Westfield resident said his old heart became enlarged and was not pumping efficiently, so blood was pooling up inside of his heart

“I have an X-ray where you can see my heart popping out underneath my rib. It’s like I’m the Grinch. It grew three sizes.”

Neither Steele nor Cosgray has met their donor’s family, though their mothers have each written a letter that was forwarded to the respective families.

Meeting her donor’s family would be “cool, weird and hard,” Cosgray said. “I’d want to thank them for making the decision. I can’t imagine how hard a choice that would be.”

Riley heart doctors Robert Darragh and John Brown were among those attending Saturday’s party. Both have a long history with the heart transplant program. Dr. Brown performed the hospital’s first pediatric heart transplant some 30 years ago. Since then, there have been 150 heart transplants at Riley, according to Dr. Darragh. Riley continues to follow 60-some at the pediatric level, and about half of those attended the party.

Dr. Brown tries to come every couple of years to see patients and their families and to celebrate with them, but he knows there’s more to each of their stories.

“I knew the other side of the transplant,” he said.

There was a death that made life possible.

“You always felt wonderful for the child and the family (that received the heart), but I knew the story about the death, so a lot of emotions were swimming around,” he said. “It’s a lot to process.”

In the end, though, “something good came out of something horrible.”